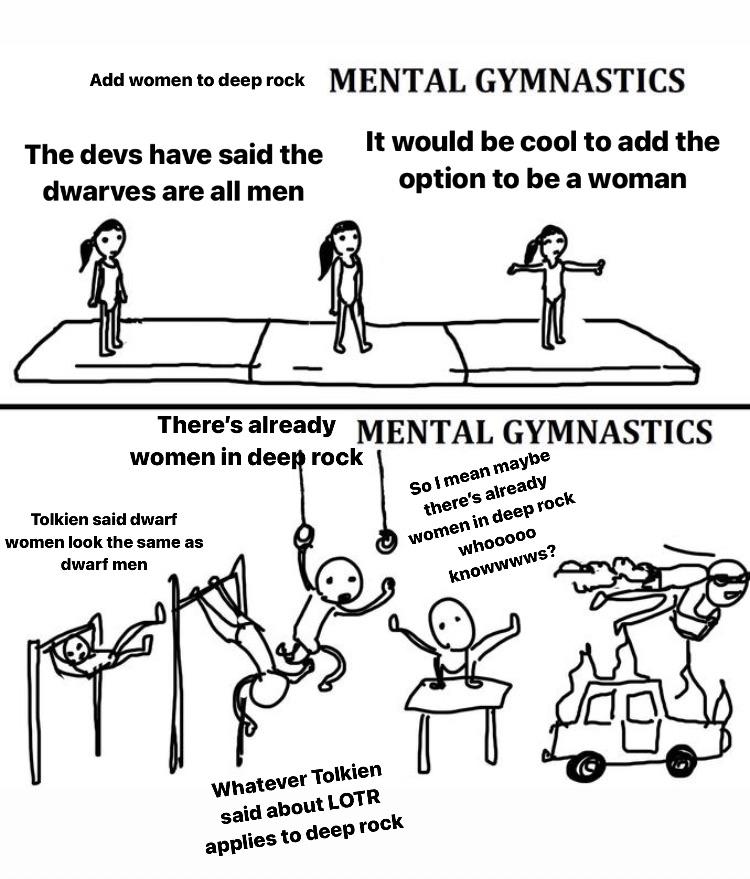 People are free to think that they will. Not having female dwarves in DRG is our own fault. It's something we wanted to do, but we also managed to dev ourselves into a corner where it's going to be a huge task to get all the game systems working with a new character model + recording years, and several updates worth of voice lines.

It sucks, but that's where we are now. We have chosen not to take the easy way out and fall back on explanations such as female and male dwarves being indistinguishable from each other...

However, feel free to use whatever headcanon you like. It's your game too.

Also, locking the comments since people are getting out of line. Will be back later with a hammer.