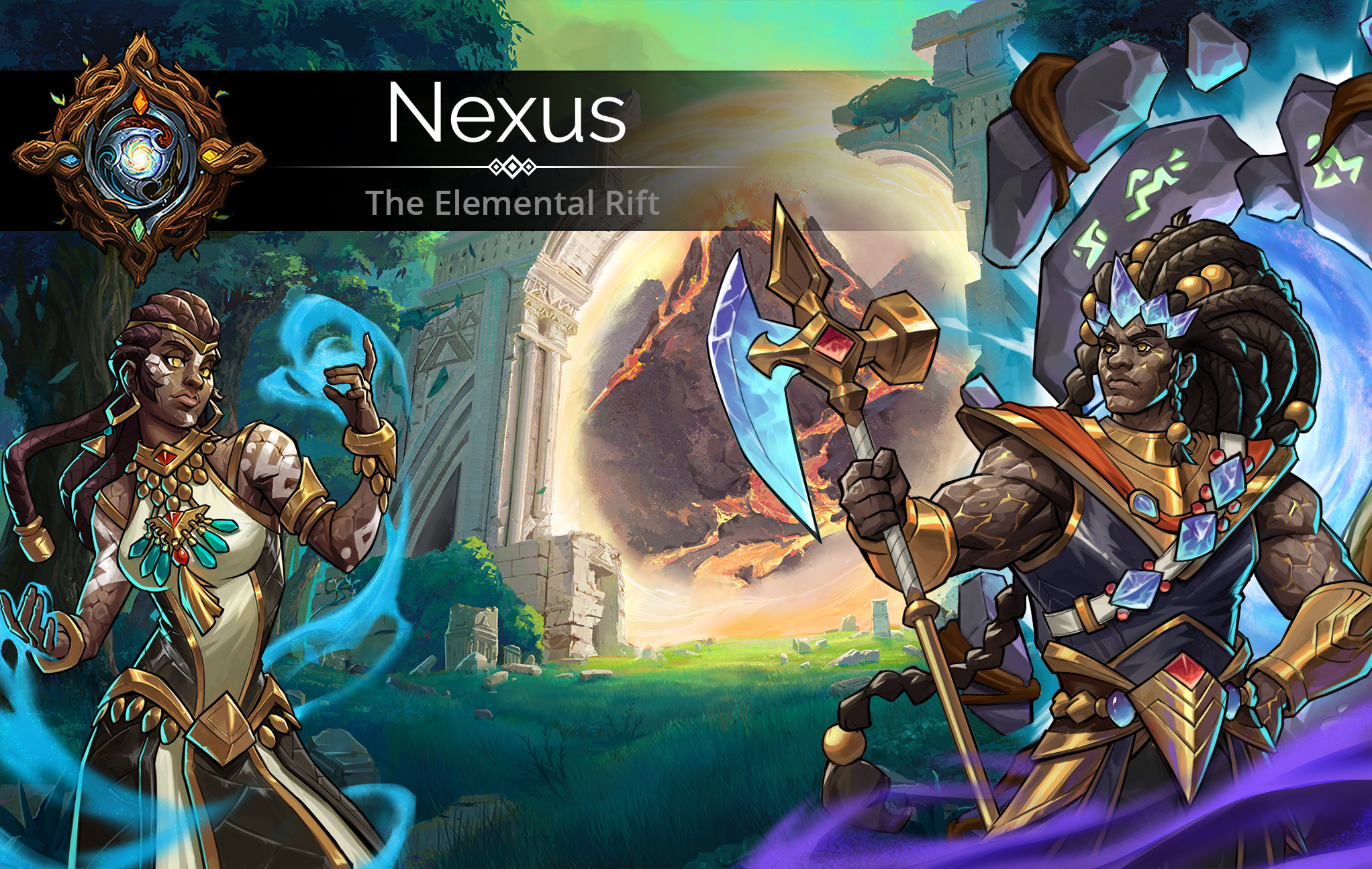 Join Shayle, as you explore the mysterious portal of Nexus!

We have a new Kingdom to explore, as well as lots of new troops, which include the Nexus Portal itself, and the Stoneborn ruler, King Heliodor!

Please note that while several Nexus Troops can be seen in the Nexus Storyline, not all of them are currently available. Some of these Troops will be released as part of Weekly Events, or Special Events in the coming weeks. Other Troops are included are part of the Kingdom Pass for Nexus. The list of Nexus Troops available in Chests is below.

This Gem can be matched with Brown, Blue, Green, or Red Gems, and will give 1 Mana for ALL of those 4 Colors. It will then destroy diagonal Gems from where it is matched.

Elemental Stars will occasionally (but rarely) drop like regular Gems during the Nexus Kingdom Pass event.

The following Troops from Nexus will be available in Chests:

These Troops will also be found in Event Chests when Nexus is the Weekly Kingdom. They can be found in Guild Chests of the appropriate levels.