Welcome to the “Path to Sunbreak” Community Post Part 1!

If you’re brand new to Monster Hunter Rise, or have picked it up recently and are still exploring what Kamura Village has to offer, let us give you a monster-sized WELCOME to the community!

Whether you’re looking to fully explore the engaging story and dozens of hours of gameplay Monster Hunter Rise has to offer, or prefer to reach the massive Sunbreak expansion as efficiently as possible, this post is for you!

Of course, there is no “correct" way to play, and all this information is purely optional, so we encourage new players to feel free to progress through Monster Hunter Rise however you would like. As long as you’re having fun, that’s what matters!


The Path to Sunbreak
SPOILER WARNING – This section contains potential story and monster spoilers for Monster Hunter Rise. If you’d like to avoid these, please click here to skip to Part 2 “Defender Weapons & Black Belt S Gear” – which is spoiler free and covers some cool free gear for your Hunter! [HYPERLINK]
This section is for those of you who are looking for a direct route to unlocking the Monster Hunter Rise: Sunbreak expansion content!

In order to get started on Sunbreak’s content, in addition to owning the expansion, you will need to have completed the 7-star Urgent Hub Quest Serpent Goddess of Thunder that can be found in the latter stages of Rise’s story. You can then talk to Dame Rondine to start your Sunbreak adventure. 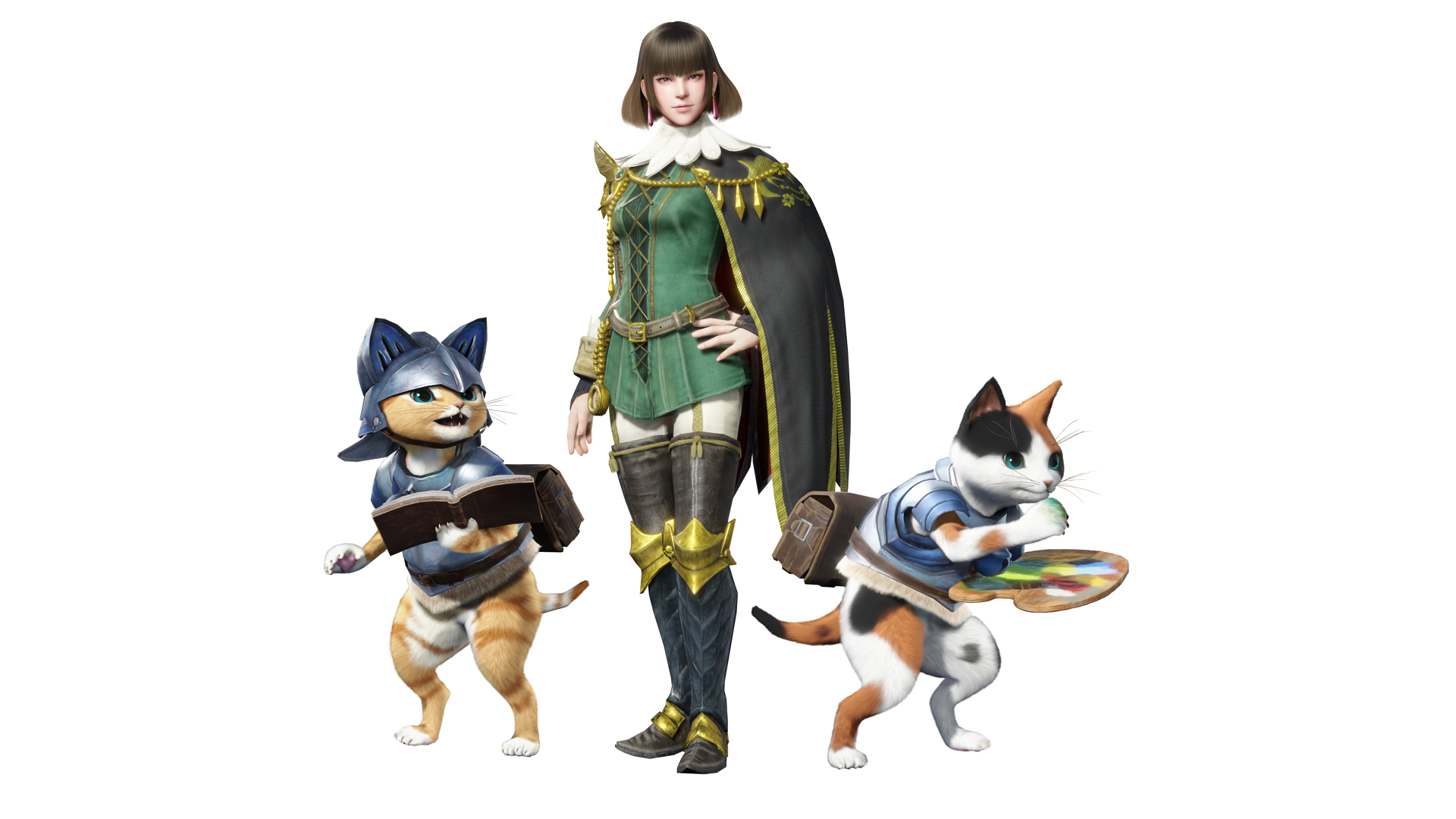 Don’t worry about missing any Rise content; starting Sunbreak won’t lock you out of Rise, so you can also choose to continue with Rise’s story and endgame content or play both.


Village vs Hub
Now you know the destination, let’s look at the two starting points: Village Quests and Hub Quests! Your ultimate goal lies in the Hub quests, so it’s a question of whether you take it from the Hub directly or start with the Village quests instead. Let’s explore each option in detail.

If you’re a new player looking to immerse yourself in Rise’s story while easing yourself into combat and crafting, this route is for you!

Quests are grouped into numbered star levels of increasing difficulty and complexity. Starting at 1-star, you’ll need to complete Key Quests to unlock an Urgent Quest, the completion of which unlocks the next star level! 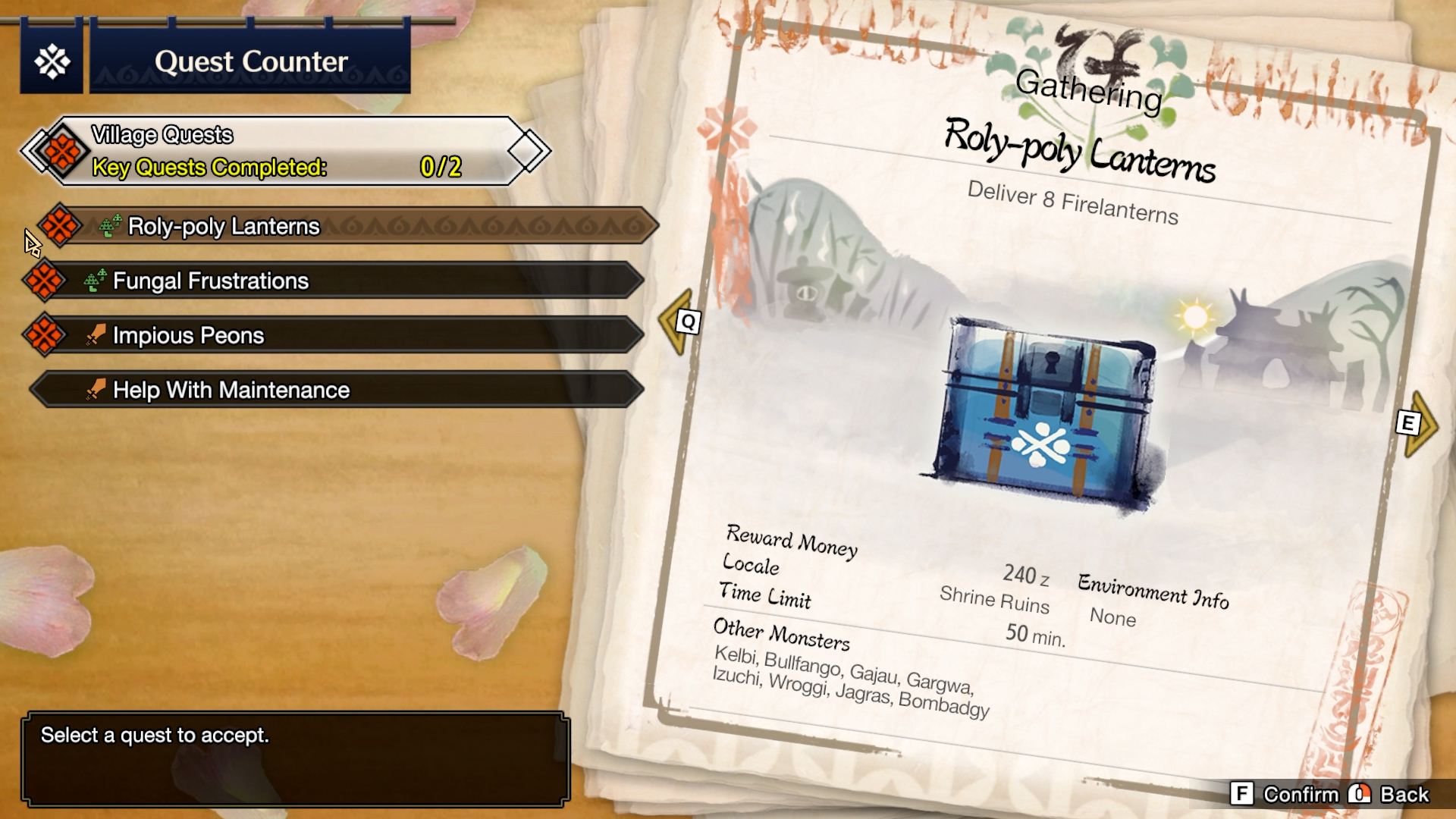 Once you’ve completed the 6-star Village Quests, you’ll be almost ready to move onto Hub quests and High Rank! Hub quests work in a similar fashion, but introduce the concept of Hunter Rank, beginning with Low Rank quests at Hunter Rank 1 and moving up the ranks as you complete Key and Urgent quests.

However, here’s a tip for getting through the Hub quests more quickly: speak to Hinoa in Kamura village after you complete the 4-Star Village quests and she will offer three Special Licence Test quests. Completing all three of these challenges will allow you to jump straight into 4-star Hub quests, bypassing the first three star levels!

Hub Quests [Single & multiplayer]
If you’re looking to dive straight into multiplayer and play through Rise with your friends, and are happy to skip the Village side of things, this route’s for you! You’ll know from the “Path to Sunbreak” section that your goal is to complete the 7-star Urgent Quest Serpent Goddess of Thunder, but unlike the Village, in the Hub you’ll be heading on group hunts with other players. (Don’t worry if your party size fluctuates, or if you play solo: all Hub Quests scale based on party size to create a bespoke and fun experience, no matter how many hunters join.) 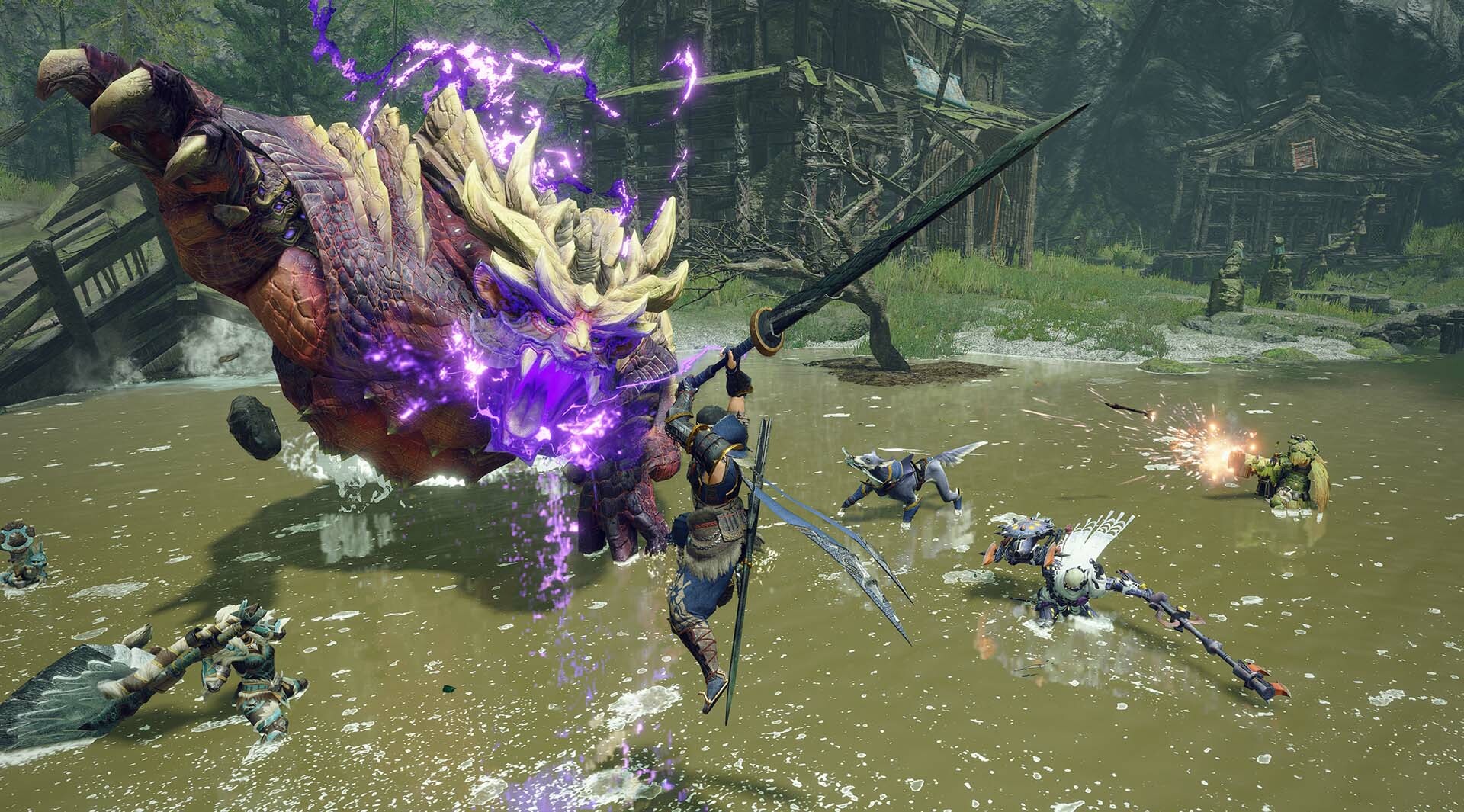 As with Village Quests, you’ll need to complete a selection of Key Quests at each star level, before then completing an Urgent Quest and progressing to the next Hunter Rank. If you’re playing with friends and someone has unlocked the quest, everyone gets credit for the quest completion! Teamwork makes the dream work!

In Hub Quests, Hunter Ranks 1-3 are classed as Low Rank, with 4+ falling into the more challenging High Rank category – but with greater challenge comes greater reward!

Reach and complete Serpent Goddess of Thunder, and – congratulations! – you’ll be ready to start the Sunbreak expansion adventure and head to Elgado! 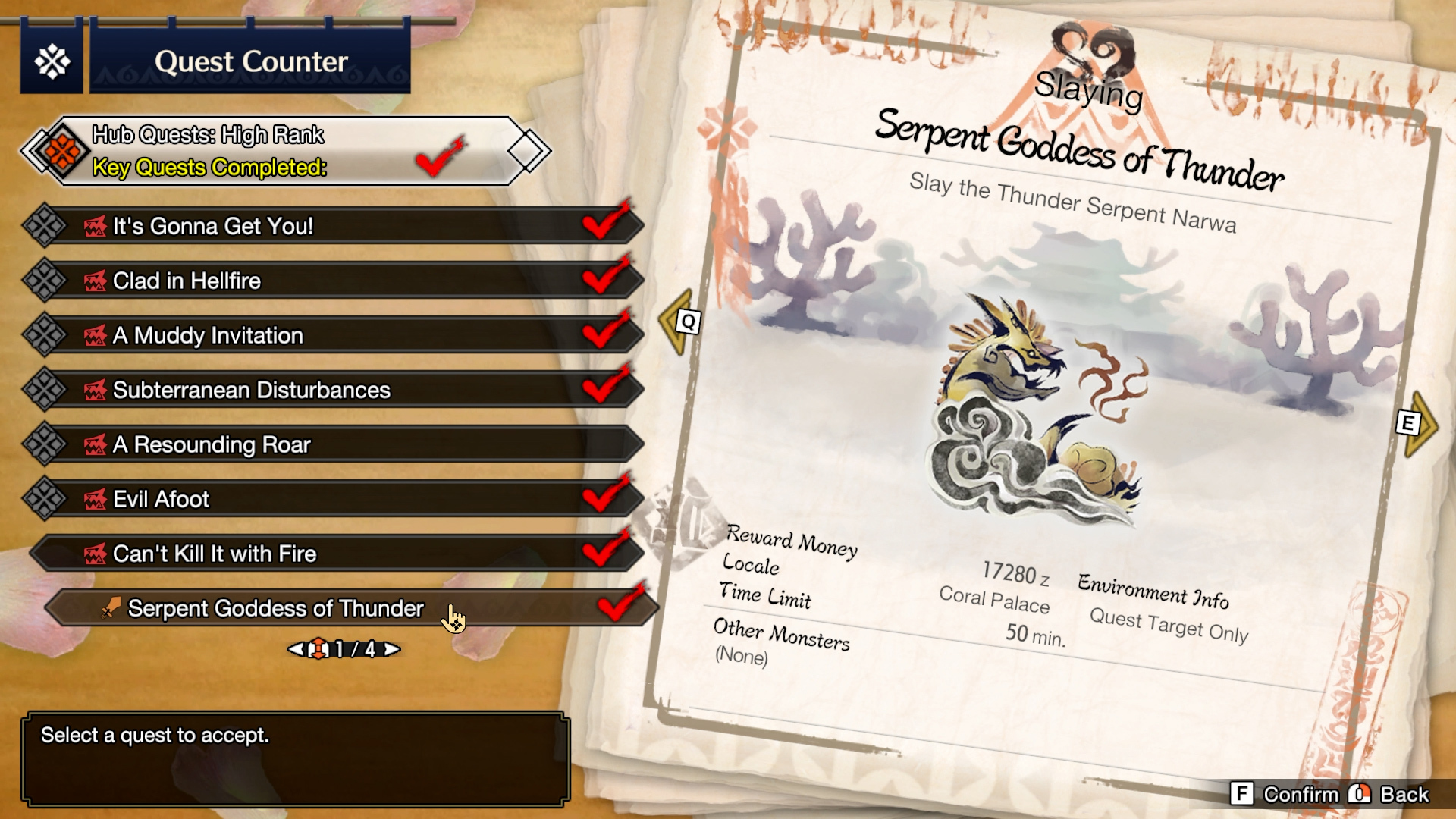 However, if you’re looking to discover the true ending to Rise’s story, you might want to stick around in the Hub a little longer…


Part 1 Complete!
That wraps up Part 1 of our “Path to Sunbreak” Community Post, including any spoilery bits!
But wait, before you dive back into the hunt, there’s more!

CLICK HERE to head over to Part 2, which includes some information on powerful gear you can pick-up for free, equipping your Palicoes and Palamutes, as well as some handy pointers for capturing monsters – speeding up your hunts!

See you over there!