(SWITCH) Echoes of the Zariman: Hotfix #3

TennoCon 2022 is fast approaching (July 16th)! This is potentially the last Hotfix we will be putting out before we put all our focus exclusively on the TennoCon build (unless there is an emergency hotfix needed). While this Hotfix is small, it contains some “before the weekend” fixes and back-end prep for tomorrow’s Relay Stress Test during Baro’s appearance - hope to...

TennoCon 2022 is fast approaching (July 16th)! This is potentially one of the last Hotfixes we will be putting out before we put all our focus exclusively on the TennoCon build (wink wink nudge nudge). Our focus for these Hotfixes is to tend to feedback from Echoes of the Zariman before we change gears.

Friendly reminder that we have a Relay Stress Test during Baro’s ... 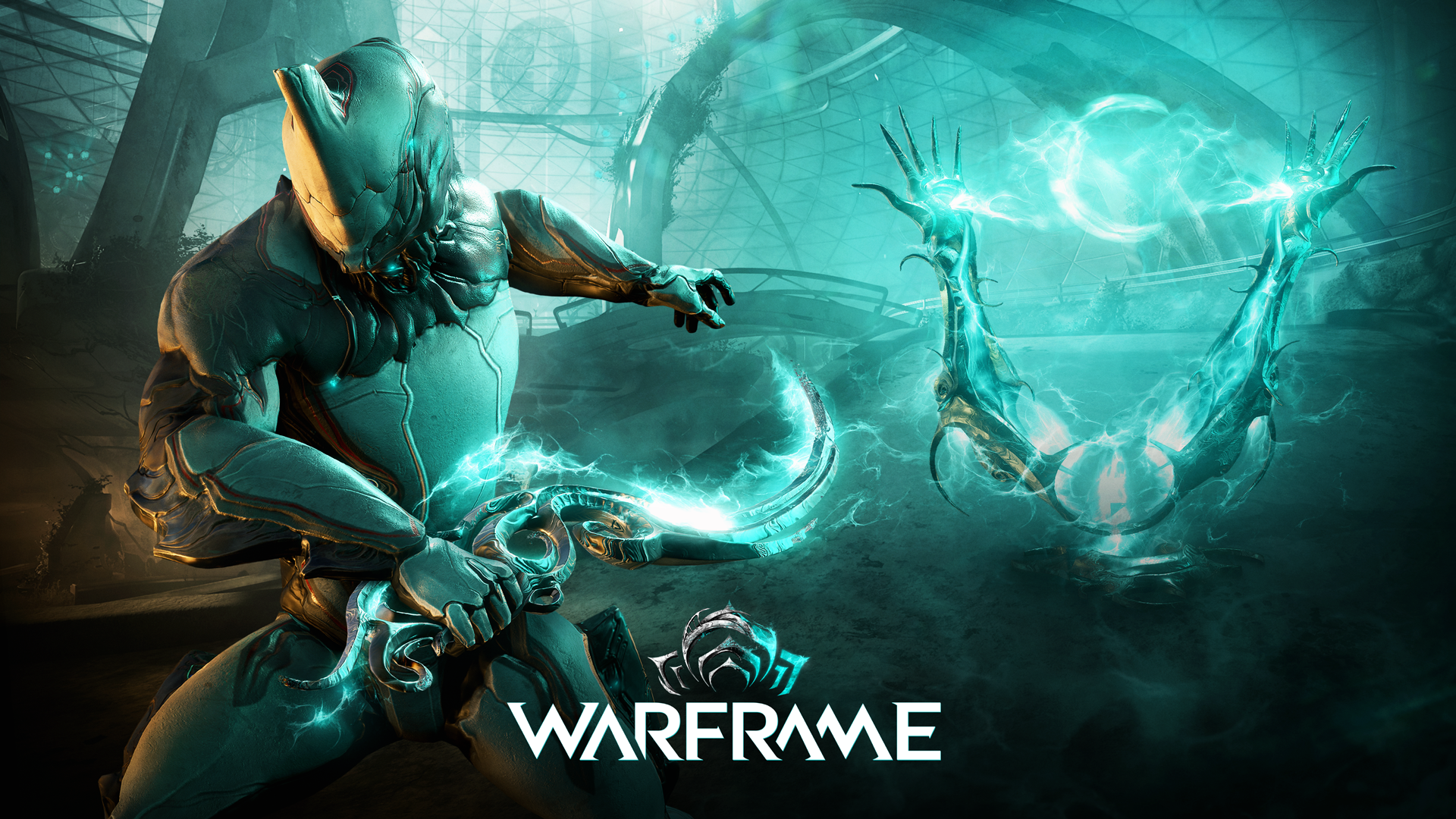 Echoes of the Zariman: Update 31.6 is our last major update before TennoCon (July 16th, 2022)! This update includes new Zariman content and a plethora of quality of life changes that were heavily motivated by player feedback. This isn’t the first time we’ve used the “Echoes of X” as an update title - we did the same with “Echoes of War”, the succeeding update to The New War. Moving forward, we will be using this title prefix for these kinds of updates that are direct follow-ups to major content releases.

We encourage you to continue to use the spoiler-safe ...

Thank you all for the reports and bringing this to our attention!

We've fixed the Aeolak being unable to use Terminal Velocity, fix will be going live with the upcoming 1.1 update on all platforms.

We have just launched a maintenance Update which is mainly a back-end change to reclaim our Hotfix space. While it does reclaim our back-end Hotfix space, this Update is also a soft-shader remaster which means it is a large download (6954MiB or 7.29 GB), but once it has downloaded the overall size of Warframe on the Switch will be reduced by roughly 2 GB! Please ensure you have 7.29GB free on your Switch before downloading the Update.

This will bring us up to the same spot as the other consoles, so we will be able to Hotfix alongside them as usual. Keep in mind this update is purely backend, there won’t be anything of note content wise.

For a brief explanation as to the why we need to reclaim our Hotfix space:
We only have a limited amount of space on the Switch that we can use to Hotfix (480 mb), so occasionally we will...

We have a maintenance Update slated tentatively for this Thursday, May 19th. Though it will not be your typical Update! This will mainly be a back-end change on the Switch to reclaim our Hotfix space. While it does reclaim our back-end Hotfix space, this Update  is also a soft-shader remaster which means it  will be a large download (6954MiB or 7.29 GB) but once it has downloaded the overall size of Warframe on the Switch will be reduced by roughly 2 GB! Please ensure you have 7.29GB free on your Switch before downloading the Update.

This will bring us up to the same spot as the other consoles, so we will be able to Hotfix alongside them as usual. Keep in mind this update is purely backend, there won’t be anything of note content wise, but we will give you a Red Text heads up when we are ready to deploy it!

For a brief explanation as to the why we need to reclaim our Hotfix space:
We only have a limited amount of space on t...

On Console for the next short while, we will temporarily not be Hotfixing alongside PC. As we work towards our Angels of the Zariman 1.1 update, we are preparing for the 1.1 build to be sent to Cert which is our top priority. For that reason, we are heads down working on a lot of fixes, changes, updates and additions (thank you all for your reports and feedback!).

We are still integrating and work...

Hey everyone, thank you so much for the reports!

This is an issue related to Conclave loadouts being read out as PVE loadouts, as Conclave loadouts can't equip Syndicate sigils - hence why they un-equip after leaving the Arsenal. We are working on a fix for this, it's proving to be slightly elusive but it is firmly on our radar.

The temporary workaround is to set your Conclave loadout to a Frame configuration that you aren't currently using for PVE content, this will allow you to wear your Syndicate sigils without issue. This issue also affects the Ash Shroud Helmet, the same workaround applies and the eventual fix here should also fix that issue.

Thanks for your patience!

Zephyr Prime & Chroma Prime have returned, and have been bundled with more key fixes to Zariman missions and more. This is one of a small handful of hotfixes we plan to release before the next update - which you can learn more about in our latest “Next Update Post-Angels of the Zariman” announcement!

Proceeds to post in English about the Japanese eShop lol.

We’re sorry for the unintentional delay and wanted to let you know ahead of time so that you’re not surprised when the Zephyr & Chroma Prime Vault update goes live tomorrow. Note that this only affects the Nintendo of Japan e-Shop and will not affect the Prime Vault update, you’ll still be able to hunt for vaulted relics once the update is live!

We will update this PSA once the Prime Vault has gone live on the Nintendo of Japan e-Shop, thanks for your patience!

Thank you all for the reports!

It looks like these undeterrable Max stacks would pop up when loading into the game with a Bow equipped, we've got a fix on deck that should fix this in the next Hotfix.

(NSW) Angels of the Zariman: Hotfix #6

Happy Monday, Tenno! Today’s hotfix addresses some high priority bugs and brings with it some changes to Operators and Focus. This will tentatively be the last hotfix of this week as we look towards preparing for next week’s Zephyr Prime and Chroma Prime Prime Vault launch. We will of course be monitoring tomorrow and over the weekend for any urgent issues and will be Hotfixing in those cases. Thank you!

Operator & Focus Changes:
Another round of Community feedback has brought a handful of changes to Operators and the Focus School System. This time the focus (ar ar ar) is on the casting animation speed of certain Focus abilities and some minor changes to Void Sling. We are working on optimizing the base speed, duration, and animation in these Hotfixes. We are also doing code reviews for our next Update to review further tweaks (with an emphasis on Void Sling) - more on t...

(NSW) Angels of the Zariman: Hotfix #5

We’re back with our second Hotfix of the week as the team progresses through reports. Additionally, we’re working towards addressing some bigger feedback areas with our week's worth of findings - more info to share soon.

(NSW) Angels of the Zariman: Hotfix #4

Operator & Focus Changes:
A mix of both Community feedback and our own internal digging has brought forth some further changes to Operators and the Focus School System. A couple key goals of the Focus School System changes in Update 31.5.0 was to bring all Schools to the same level (while keeping their identifying attributes) and bring synergy to Wa...

(NSW) Angels of the Zariman: Hotfix #3

Happy Friday, Tenno! This hotfix targets fixing some high priority bugs that we wanted to get out before the weekend hits. We will be back next week after reviewing weekend reports to continue the hotfix train.

It’s the day after Update 31.5: Angels of the Zariman! We are here with our second hotfix to address some key stability and fixes. Some next-day feedback has been incorporated in this update.

Eximus Rewards & Palladino Changes:
After reviewing Community feedback to the Eximus Unit reward changes in Update 31.5.0, we’ve made some further changes, specifically to the Credit drop. The amount of Credits dropped for high level Eximus Units due to the scaling amount changes weren’t hitting the mark for veteran players who play at that level. We don’t want to remove Credits altogether as new players will find these useful in their journey.

As a result, Eximus Units now drop 500-750 Credits that no longer scale with level. Non-Steel Path Eximus Units level 30+ now have a chance to drop a Riven Sliver, granted at a smaller chance than their Steel Path cou...

4:55pm Update - We have run the Valkyr Deluxe Animation script, players who purchase the Valkyr Carnivex Deluxe collection and did not receive the animations should have them now.

Note: some players may (unsure at this point) not have received the Valkyr Carnivex Deluxe Animations if they already purchased the regular Valkyr Animations, we looking to see how widespread this is and working on a fix. If your account has been affected please let us know in the thread.

Update 31.5: Angels of the Zariman 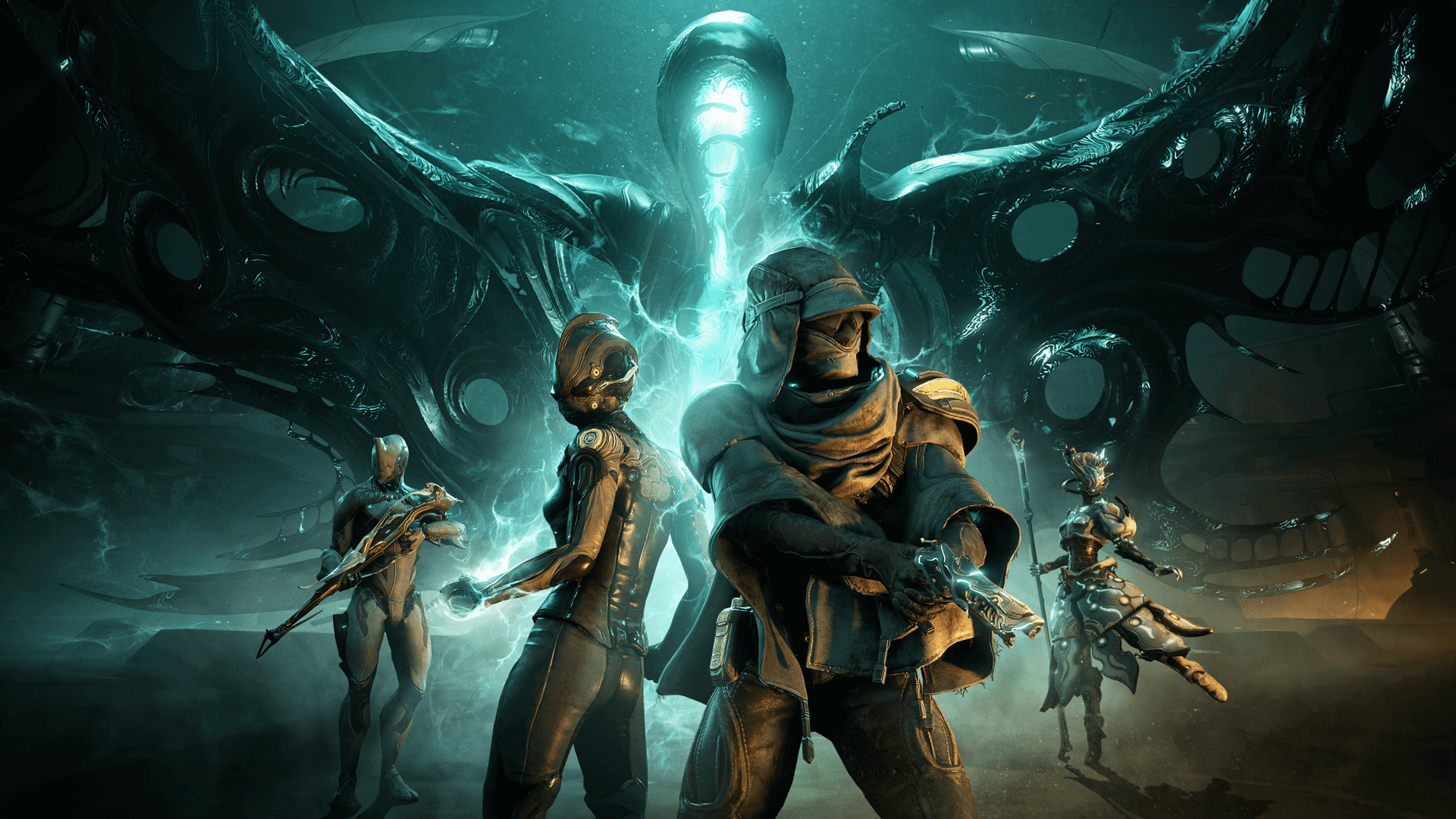 Update 31.5: Angels of the Zariman is abundant with story content, gameplay additions (three new game modes!), reworks, and more! As the direct narrative follow-up to The New War, there is much to be unearthed in this next chapter.

There are over 60 pages of notes below - To jump to a specific section of the notes, use your browser’s search feature to find the following sections:

That overguard that prevents CC is going to be incredibly unenjoyable imo, especially for solo players doing things like interception where cc is arguably very important (I've got a level 30 solo interception riven to do so I best get that done this weekend then).  Overguard seems to be taking the worst aspects of disruption demolysts (ie ignore abilities) and/or arbitration drones and making it on a far more frequently appearing enemy.

Crowd control is a very rarely used warframe class already and this is literally going to make it so you're even more likely to take a frame that does high damage etc....

We're always keeping an eye on ...