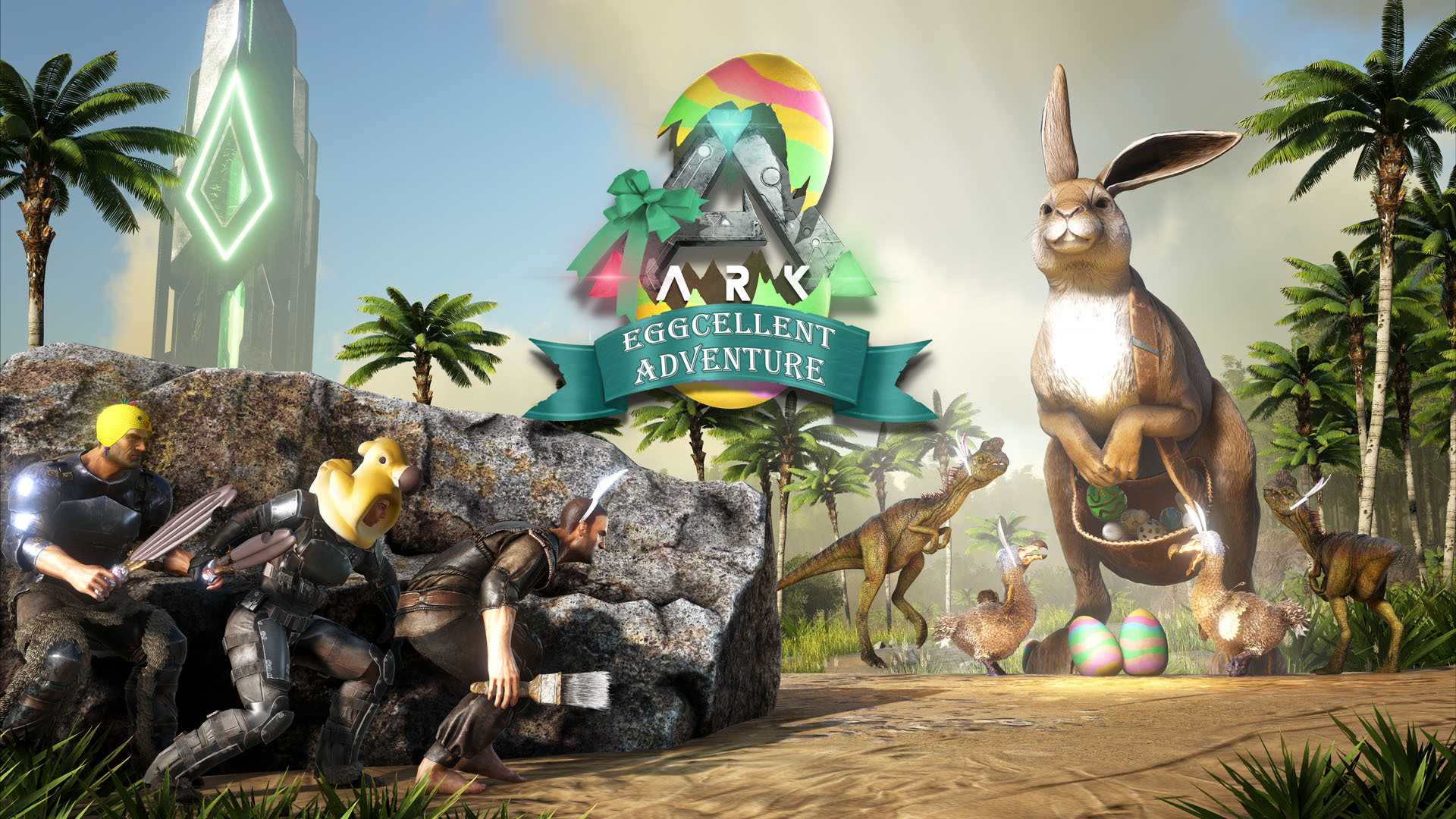 From Wednesday, March 31st through Wednesday, April 14th, be on the lookout for wild Bunny Dodo's and Bunny Oviraptor's to gather Bunny Eggs for some eggcellent loot. Place down Bunny Eggs to paint on them, or use them in a Crafting Pot to craft special holiday-themed cosmetics including a new bunny tail skin, a new tail wiggle emote, and 5 new chibi's!

Event Details
This event can be manually activated with the server arg parameter: -ActiveEvent=Easter

DatesCreaturesRatesSkinsItemsEmotesChibi'sWild Event Creature Colors
Small Tribes Rules Update A couple of weeks back, we announced that we would be honing the ruleset for Small Tribes servers along with implementing some teaming report requirements in order to make our Enforcement Team’s investigative process more efficient:

The spirit of Small Tribes has always been to give players the opportunity to experience a tight group dynamic that is void of the scale and diplomacy of Official. We recognize it’s time to implement change in order to preserve the original concept--one we were hyped about along with our community!

We consulted with our enforcement team and had some much-appreciated talks with a large number of players from the Small Tribes community in order to hone our approach to improving quality of life and enforcement on these servers. So, without further ado, let’s get to it!

Rules Overview One of the most impactful changes will be considering tribes benefitting from another tribe’s defenses as teaming. We are giving 4 weeks notice (9th April 2021) before the enforcement team will act on these specific rules in order to provide tribes time to relocate or otherwise adjust defenses.

We’re also clarifying that open-world PvP is okay. The rules will get into the nitty gritty, but essentially, if it’s out in the open and away from a base and doesn’t include a FOB or a bunch of dinos that can be considered raiding meta dinos eg: box build racers etc, it’s fair game to PvP freely and grab those kits. We want players to be able to have spontaneous fun in the open world without keeping tabs on who may randomly show up to join in.

Another impactful clarification is: Bases in different locations are open to being attacked by different tribes simultaneously. In essence, don’t build whatcha can't defend.

Teaming ticket guidelines It’s impossible for the enforcement team to always join a server and investigate teaming reports live. Sometimes it happens and it’s great but we’d like to improve on the efficiency of investigations, especially retroactive enforcement action after the fact if the team is unable to check it out live and in the moment.

Unfortunately, the vast majority of teaming reports only include a screenshot of tribelogs and this is very rarely sufficient evidence for the enforcement team to take action.

We’ve put together a guide on what will assist you and the enforcement team in a more thorough investigation and swift enforcement action.

Video should include
short overview of action going on
- Indicate the relative position of associated bases/FOBs
- Please show who owns them (use spyglass)
- If possible, try to show where the action is taking place (players/dinos)
spyglass of people names
- should show shortly before or after they teamed
for longer videos
- include timestamps where stuff can be seen
- Tribe names and player names must be included in the videos
- Videos should be submitted via a Youtube link (see help article) here[support.survivetheark.com]
Screenshots/videos of tribe logs is not sufficient evidence for action in the vast majority of cases.


More Severe Enforcement Action: Another change of note that works in harmony with more thorough submissions of evidence is the severity of enforcement action for certain cases. Enforcement will be looking at more frequently wiping “main” bases of offenders rather than focusing the FOB and player bans (those things will continue to happen too though!) Please be aware and take this as a heads up ;)

This round of changes may require further iteration but we consider some ongoing tweaking and potential growing pains worth it in order to provide a better experience for Smalls players in the long term. Looking forward to your feedback as we gauge how this plays out! 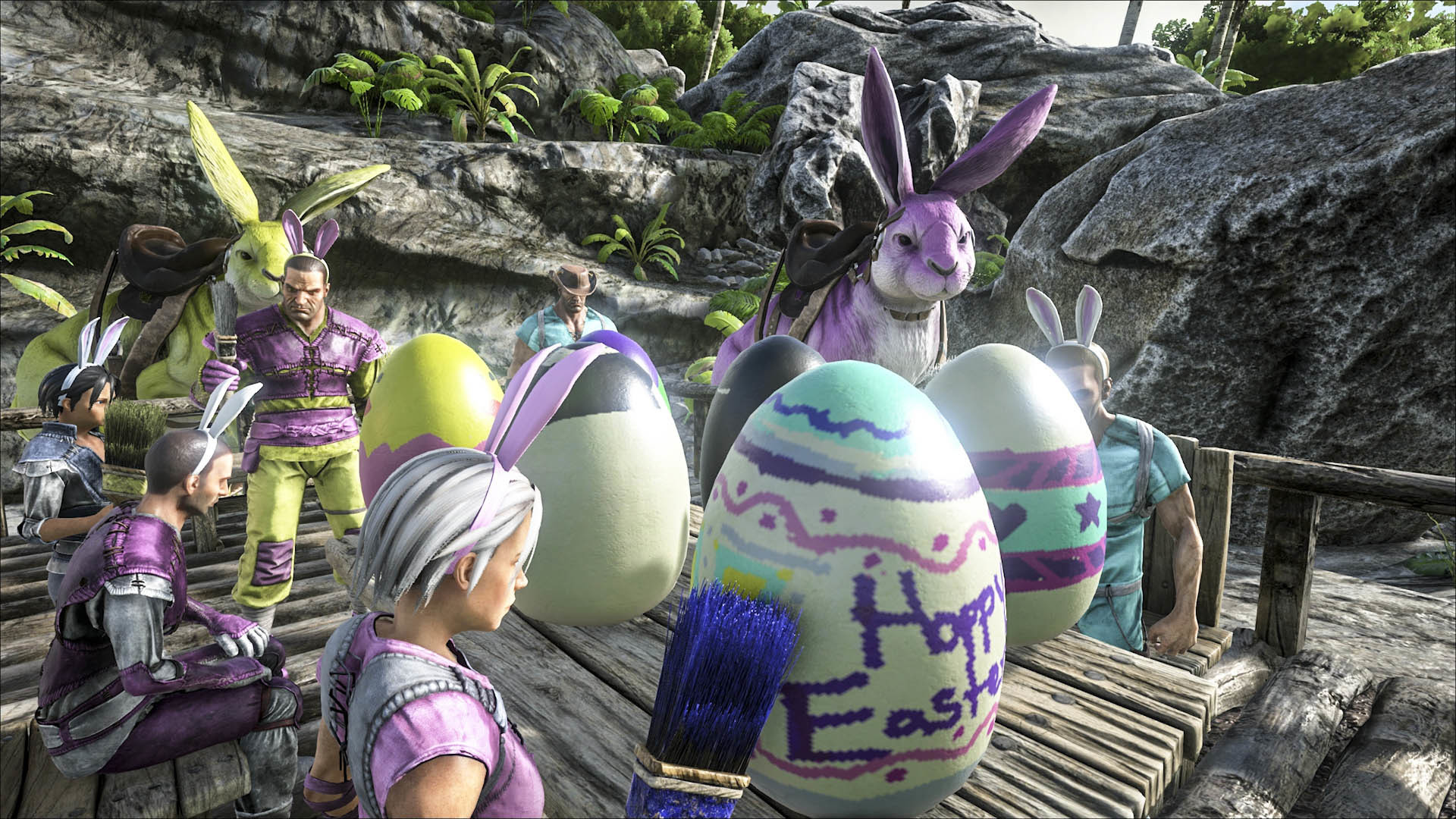 ARK content creators are a large part of the core of the ARK community. Whether you share screenshots you take in-game, create videos of your experiences, stream, or make fan art, you are the force helping to create connections and communities along with driving millions of views and viewing hours of ARK content across social media platforms and streaming sites. Sometimes knowing what is fair to use and in what context it can be used may be a little confusing.

Recently, we’ve been approached in regards to what type of content you can create and share without concerns that you’re infringing on the IP. So, to make this simple we've created a page for ARK fans to help bridge the gap and understand what’s fair game.

We are grateful for your unending enthusiasm and engaging content contributions showcasing ARK over the last 5 years. Here’s to the years ahead surviving, and thriving, in game!

Community Corner
Clips/Videos Creator: Tiia
Ever wanted to get into breeding but didn't know where to start? You're just in luck! Tiia takes you on a beginner-friendly tour.

Creator: Jukari
Check out the main them for ARK: The Lost Stories, an upcoming episodic series in the form of 3 standalone stories. 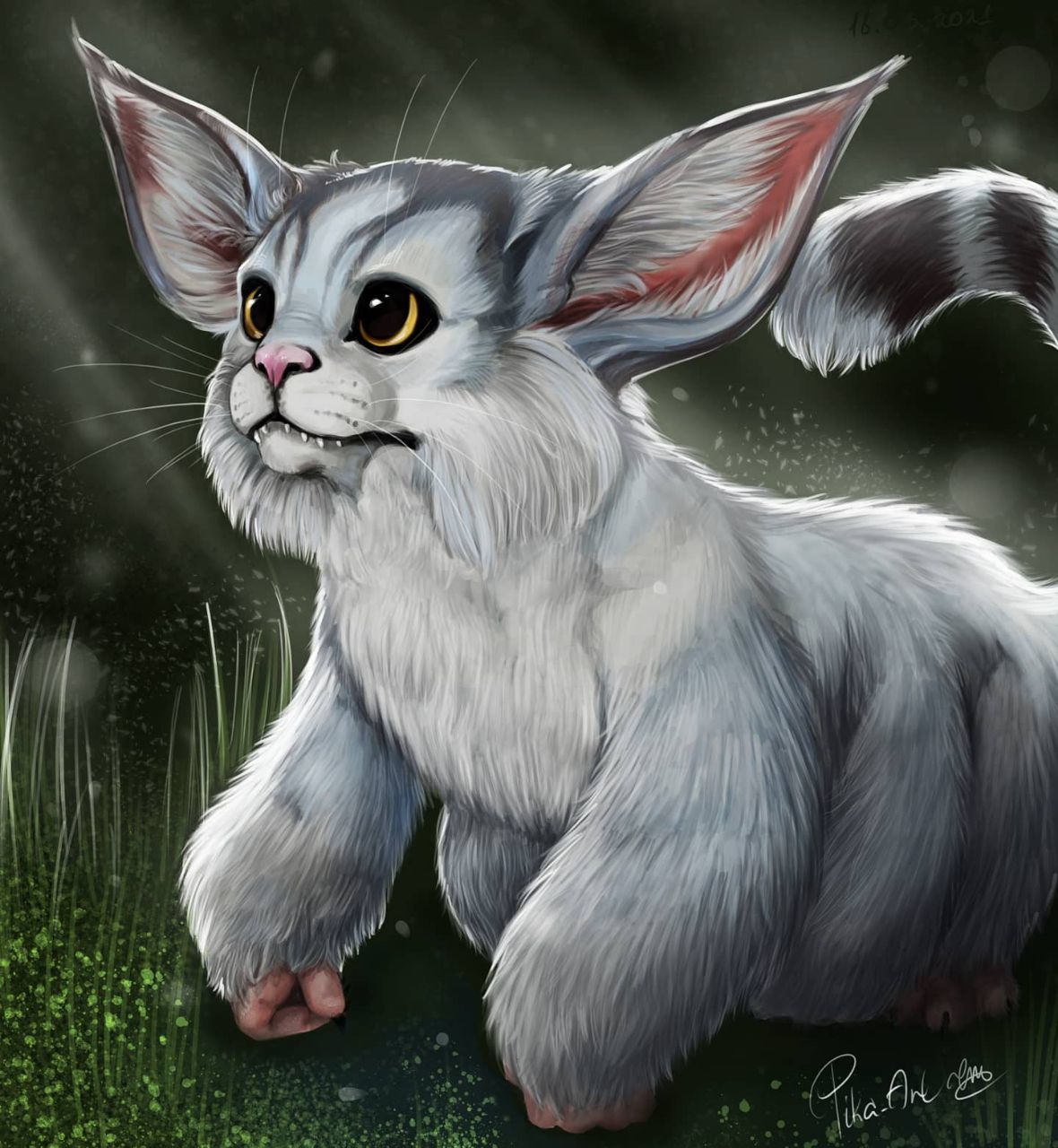 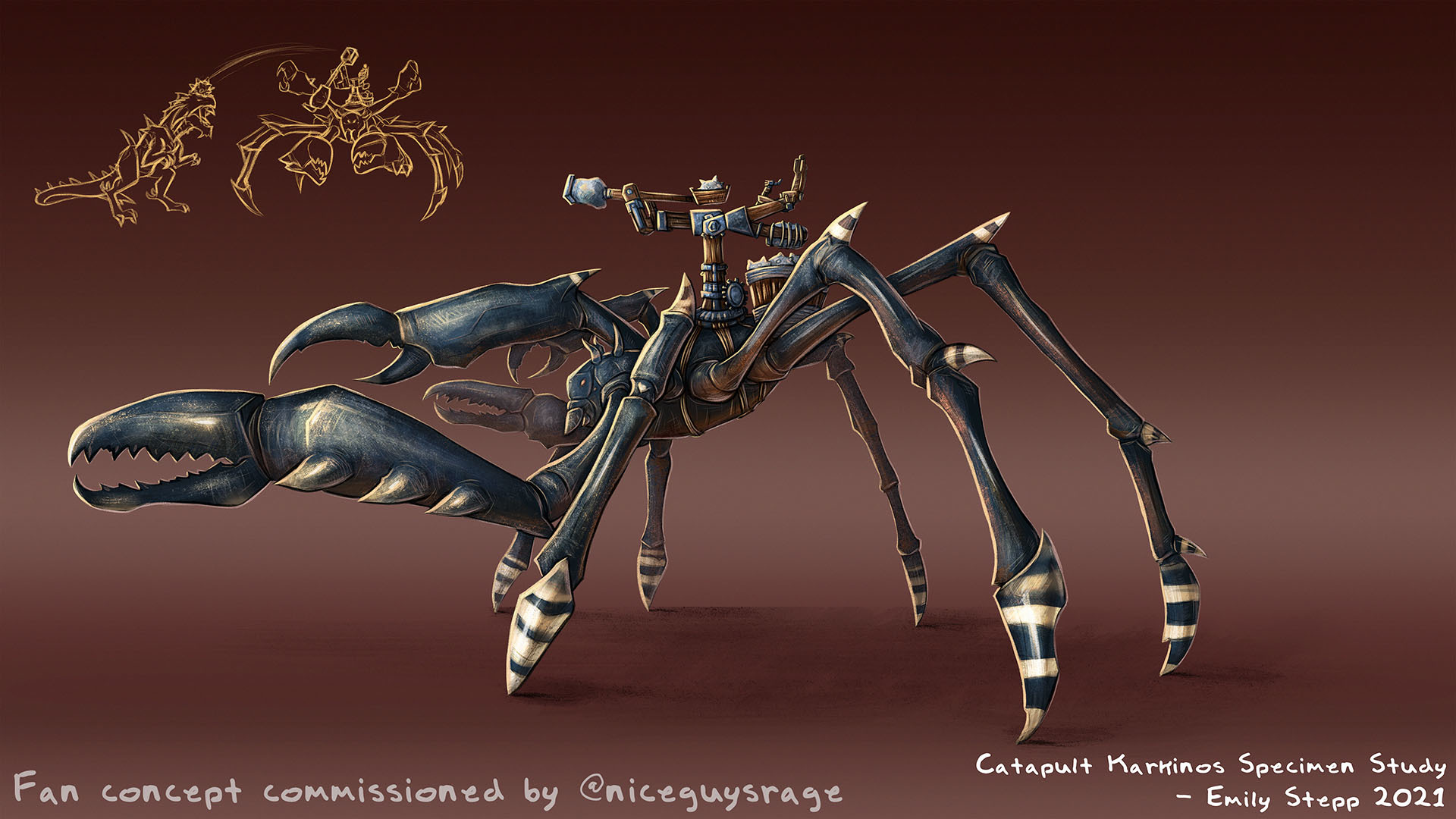 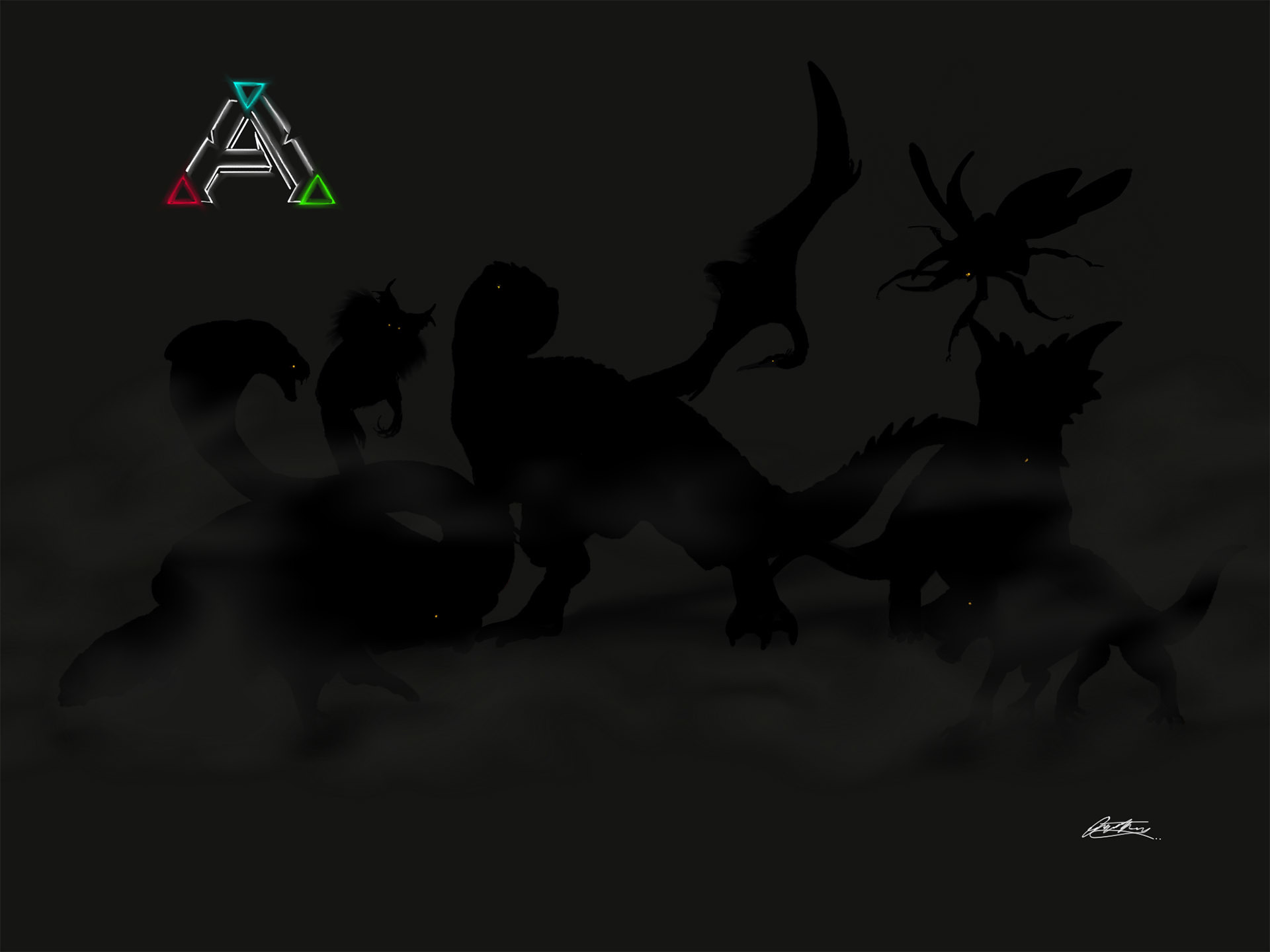 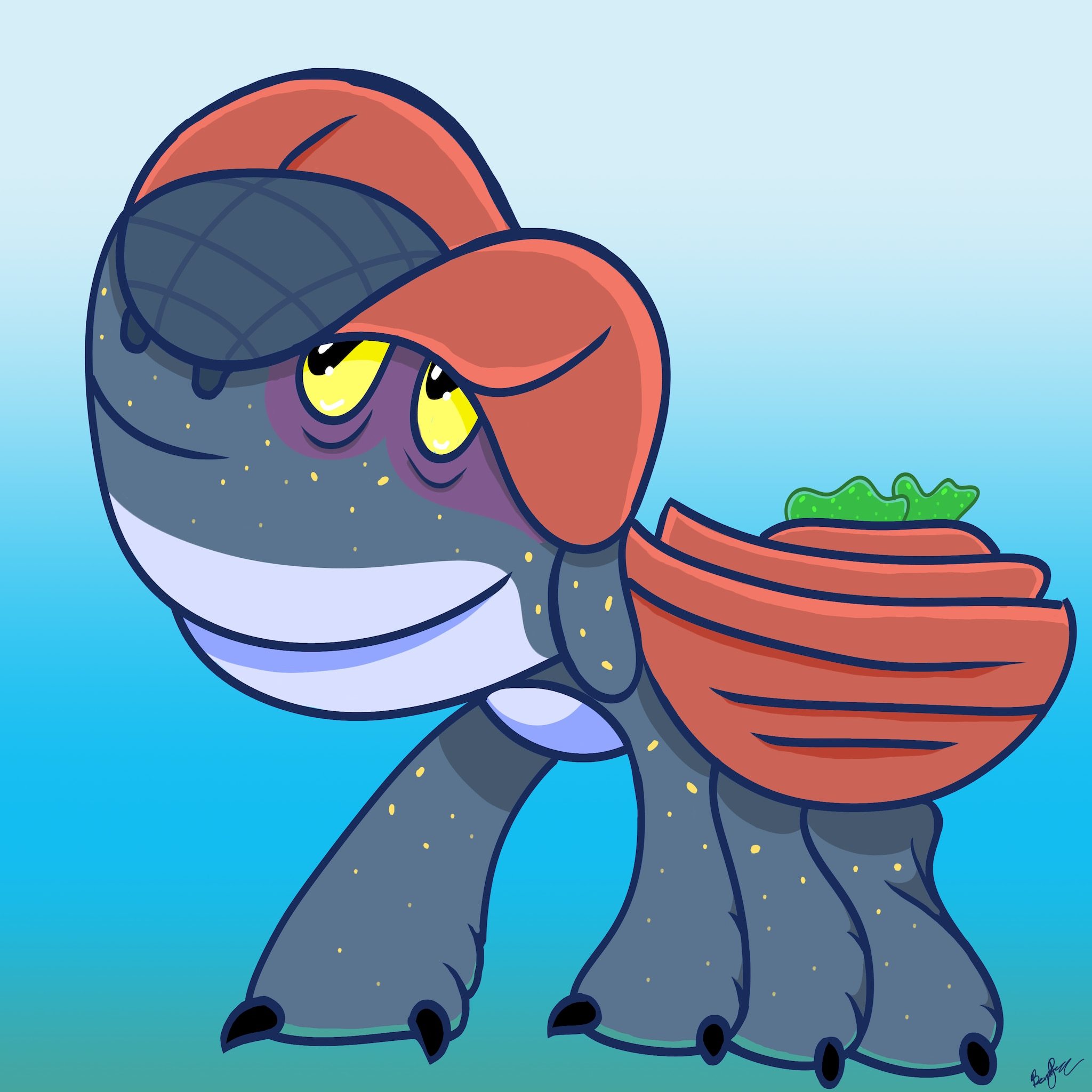 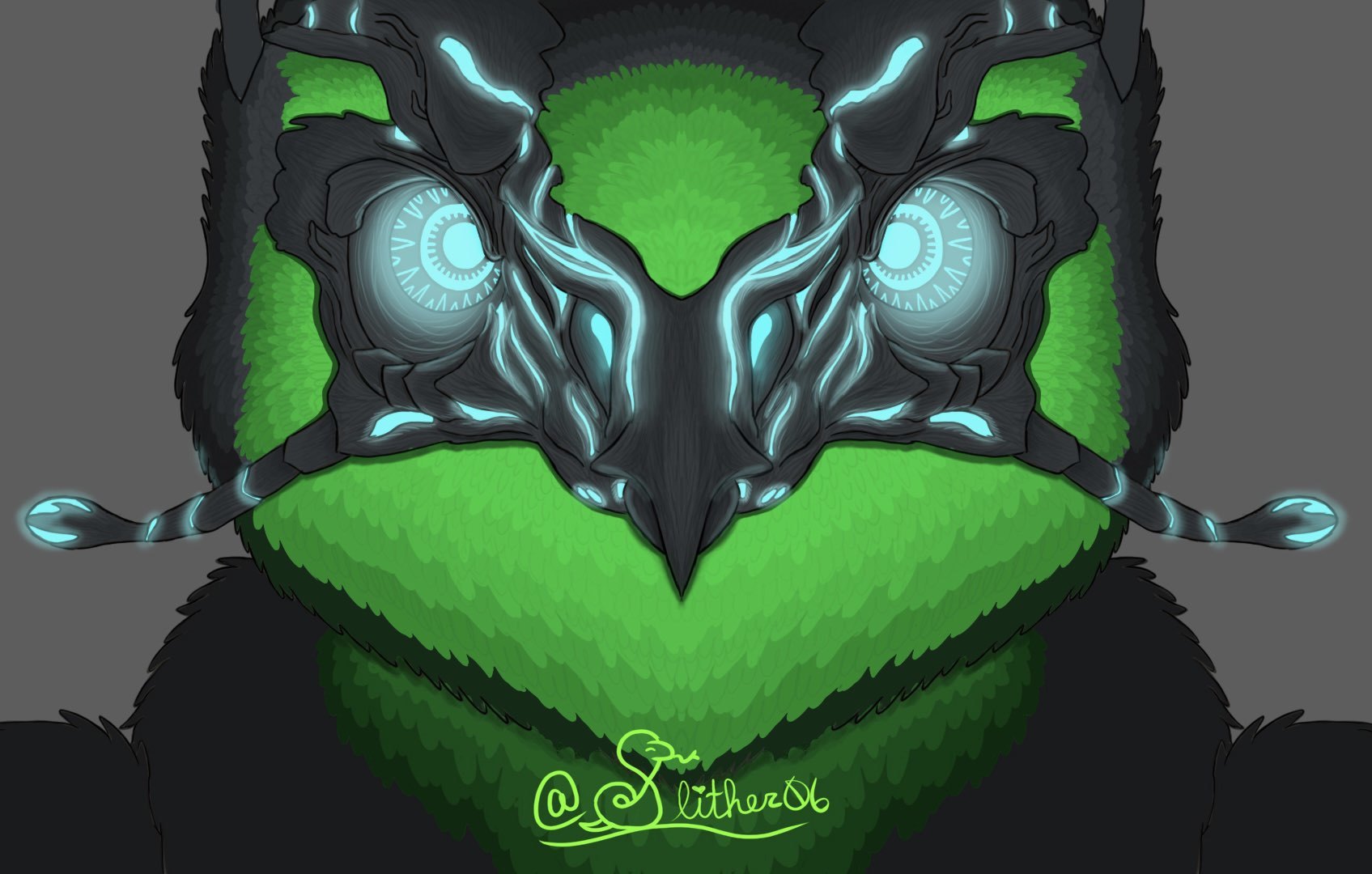 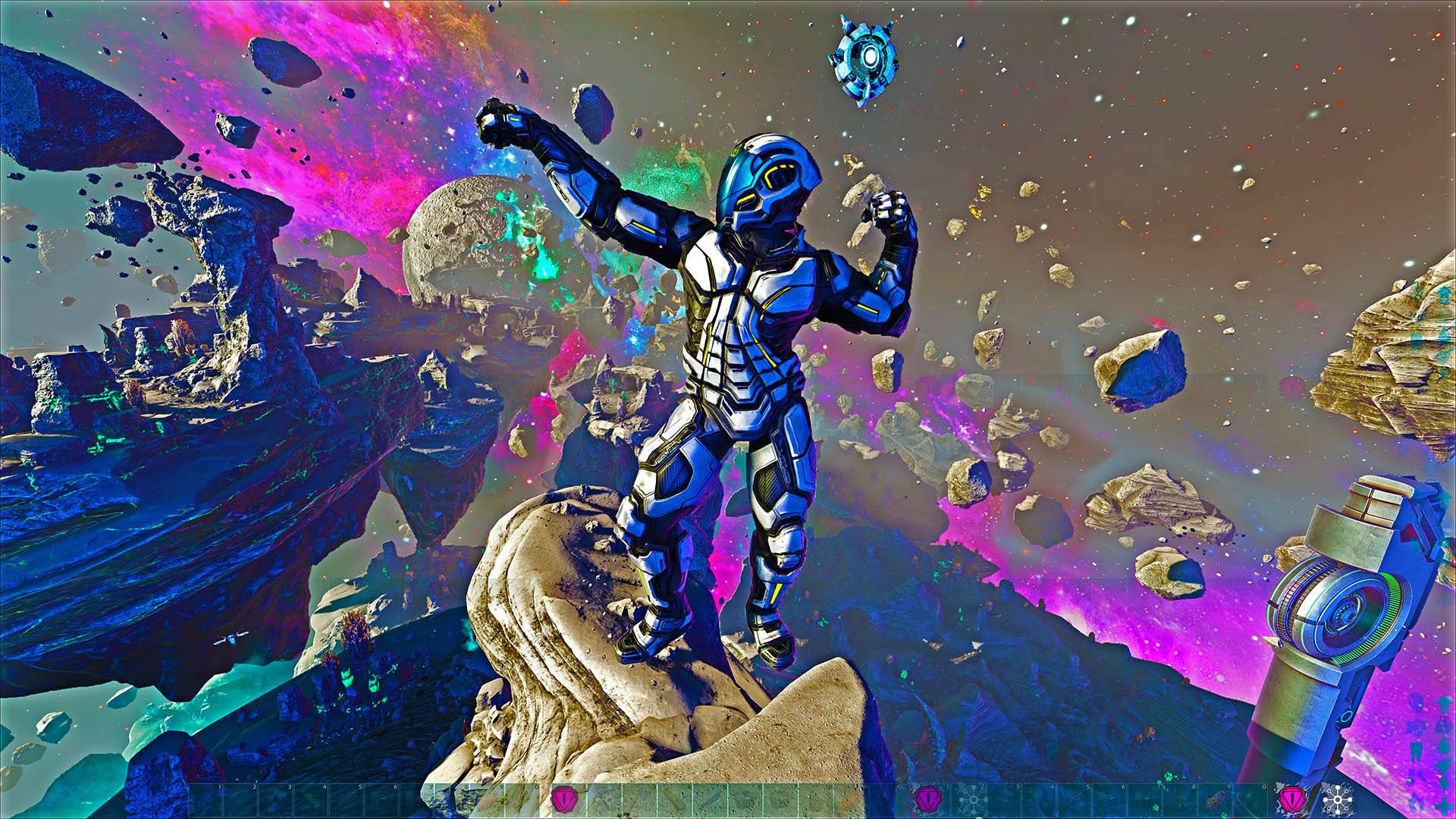 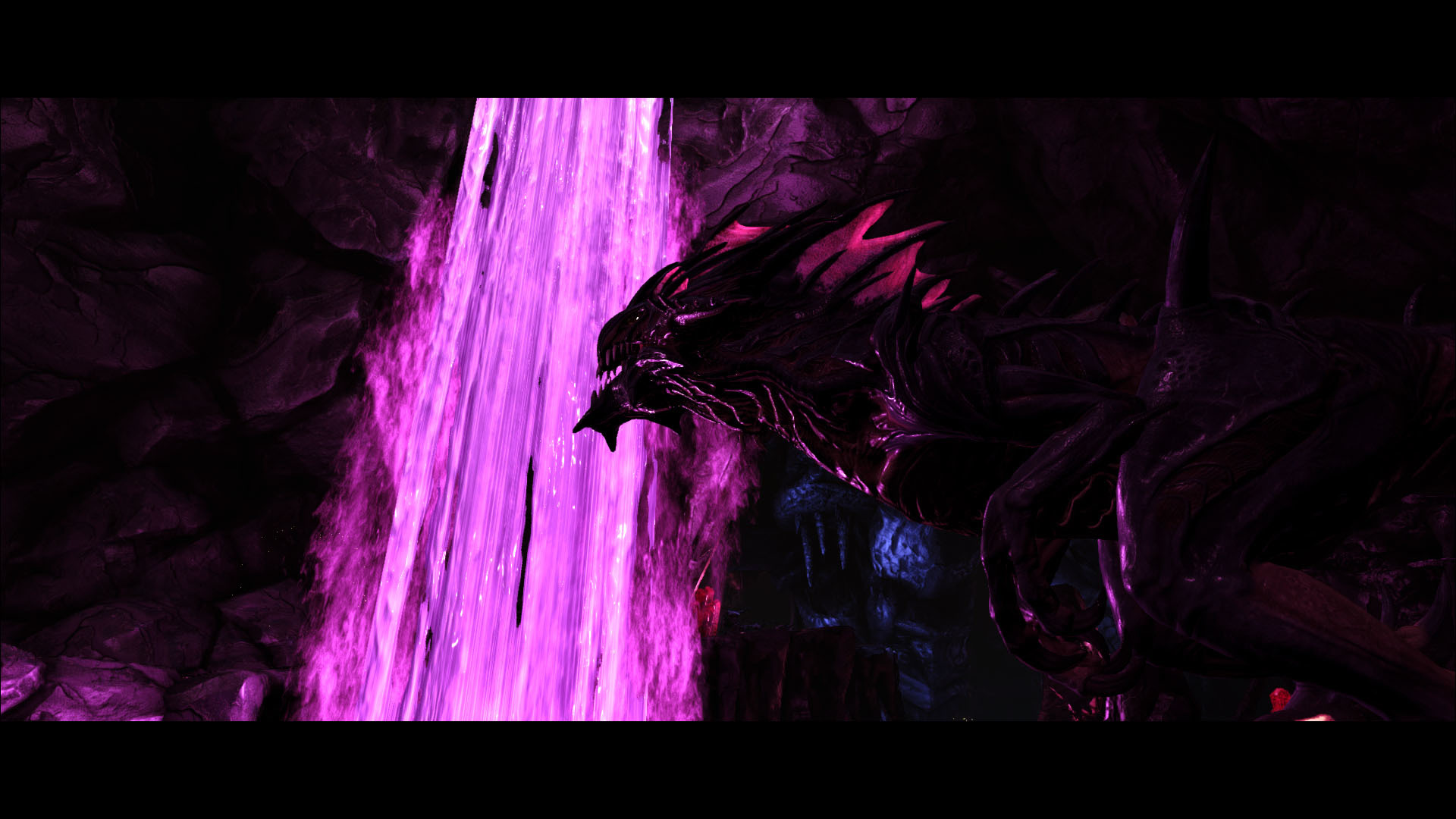 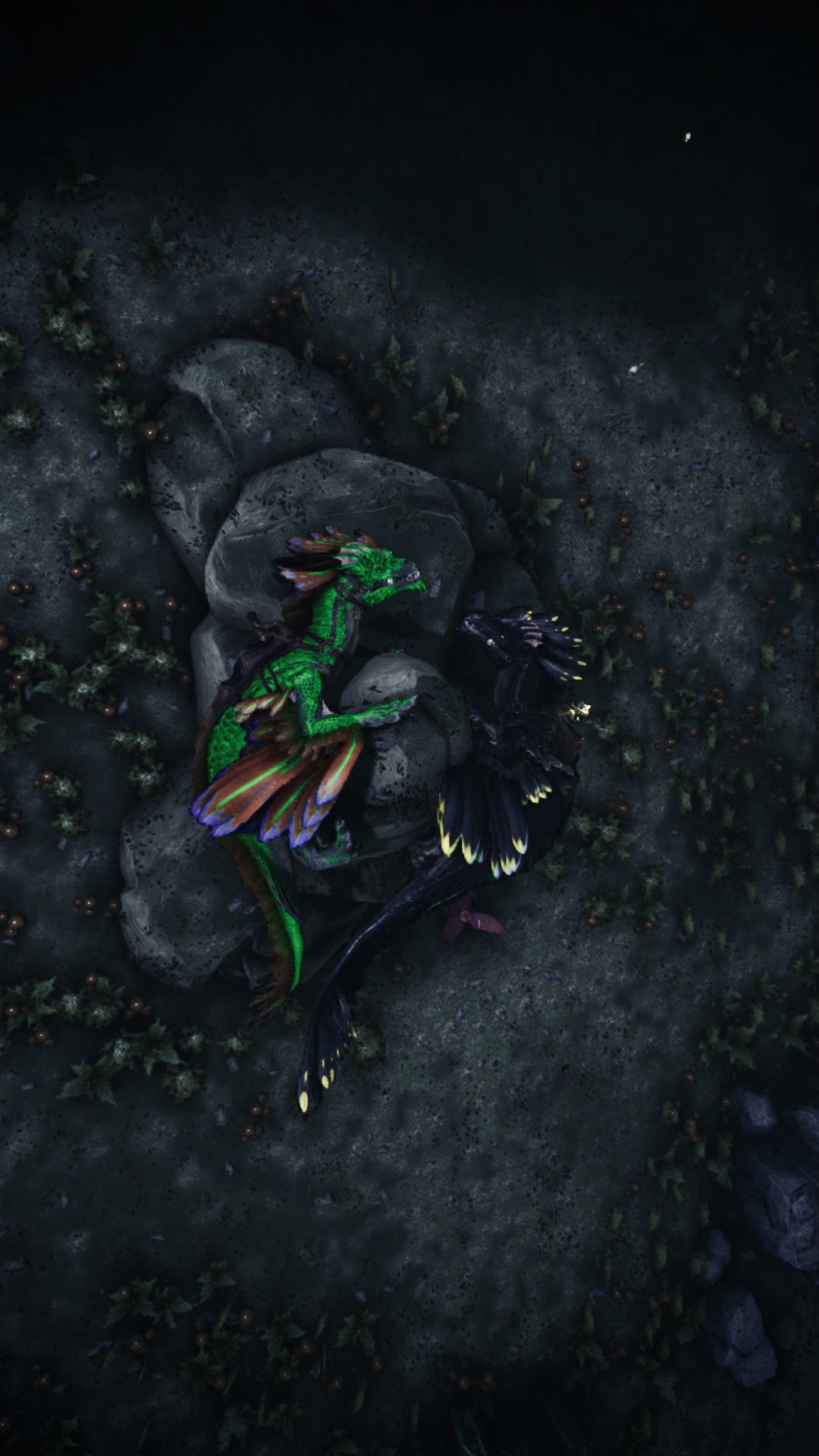 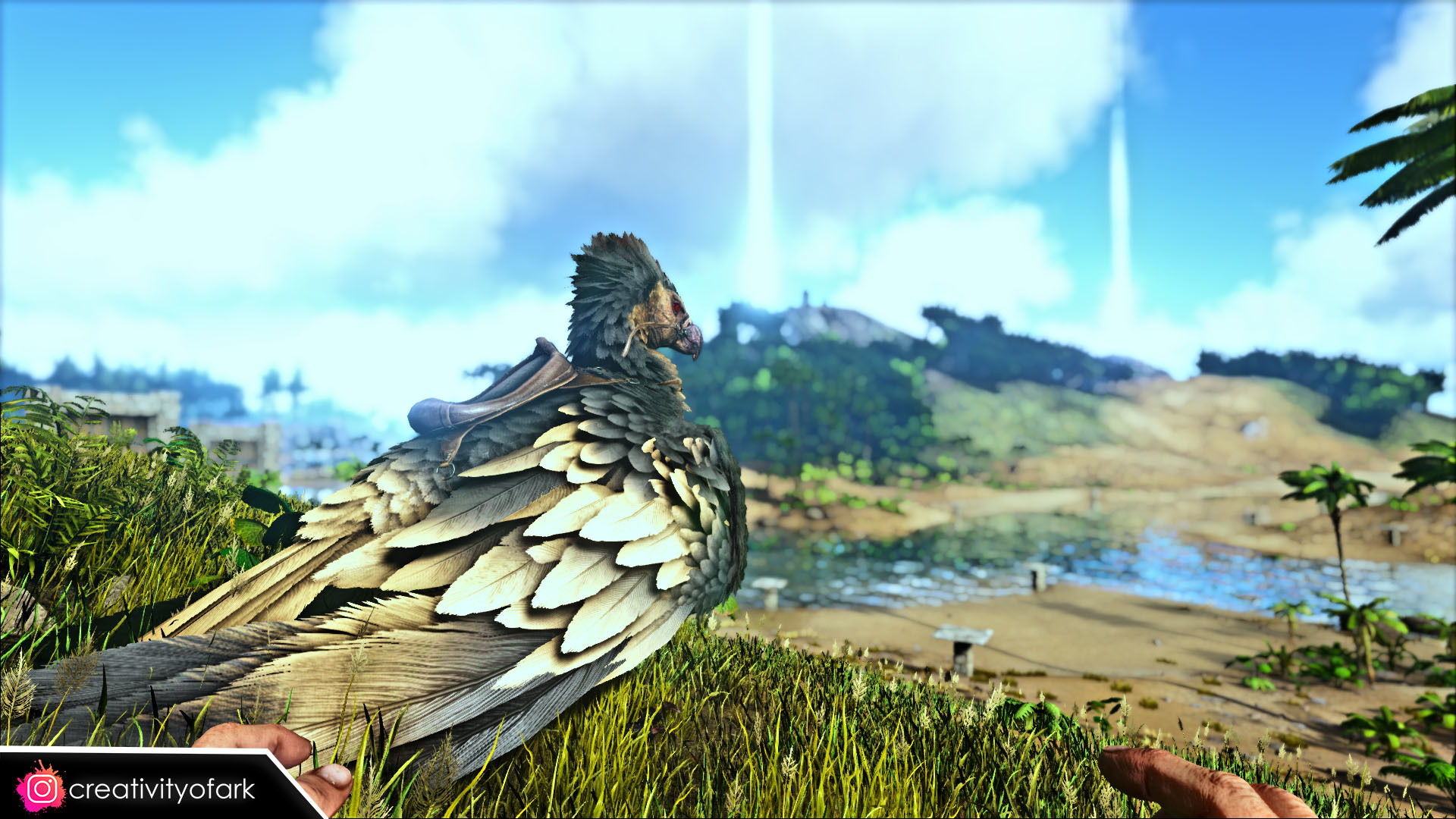 See you next week!
Studio Wildcard


ARK: Survival Evolved
As a man or woman stranded naked, freezing and starving on the shores of a mysterious island called ARK, you must hunt, harvest resources, craft items, grow ...


Fan Content Guidelines
We’re Studio Wildcard, the creators of ARK: Survival Evolved and the upcoming game, ARK 2 (“Games”). Every day we are humbled by the amazing content our fans produce. We love watching it, engaging with it, and helping to promote it, and we want to make sure that we’re always able to do so.


How to report Code of Conduct violations
Do you think someone violated the Code of Conduct on our official servers? If so, you should file a report. Filing A Report The first...

How to provide video evidence
Recording and Sharing Videos for Support Tickets Below you will find various ways for recording and submitting videos with your support...