Post
26 Sep 00:44     complexminded on Steam - Thread - Direct
In this edition of the Community Crunch, we’ll be giving you more details on the upcoming TLC 3 patch and taking a look at some amazing community art.

TLC 3 Update
Excitement is ramping up and we're anxious to share more details on the creature improvements we've been working on. In addition to the creature upgrades we'll been sharing, there's more polish, balance, and quality of life updates in store for the upcoming TLC patch. 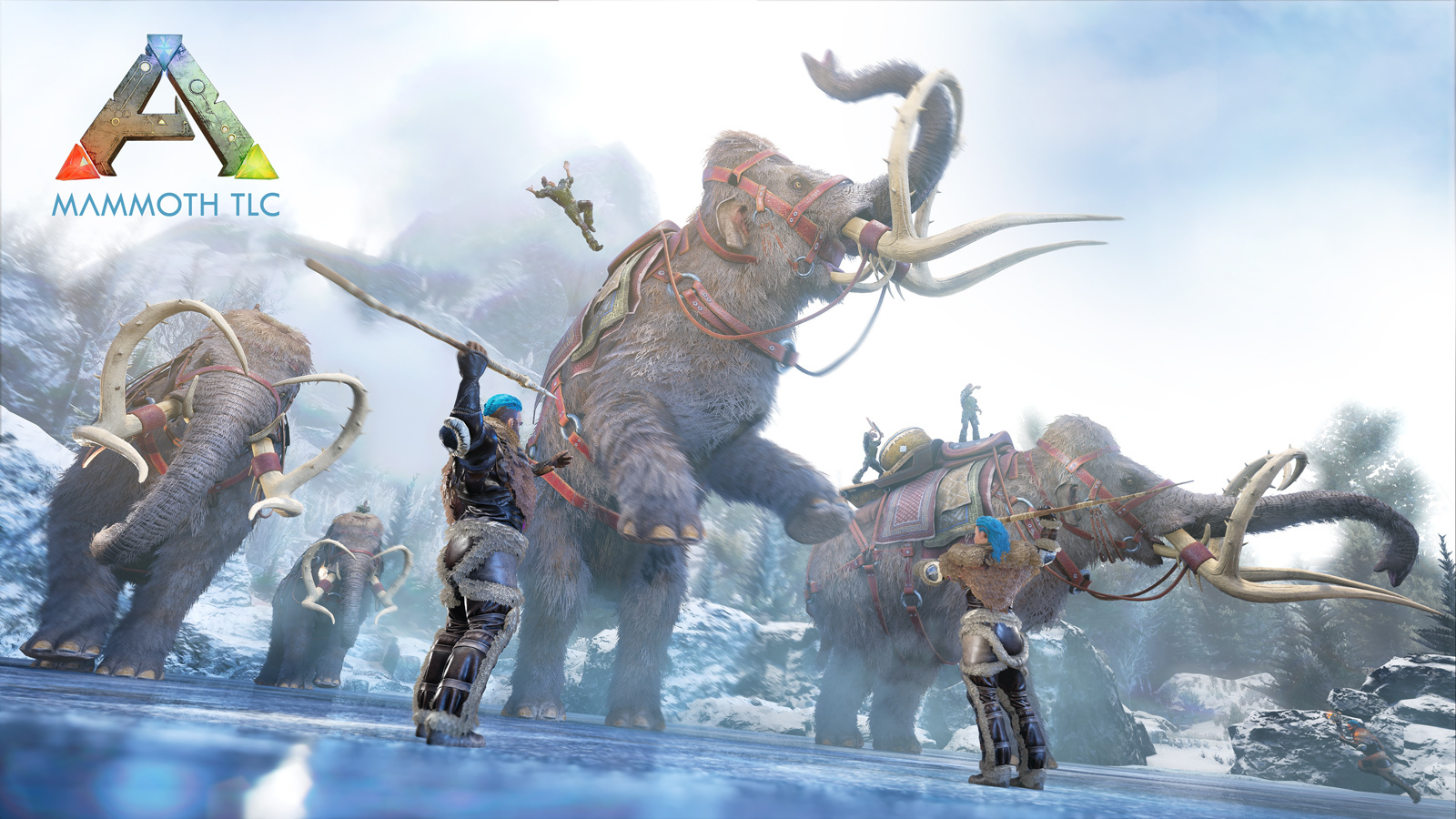 Recently we gave you a peek at the visual upgrades of the Woolly Mammoth but it’s abilities have also seen an upgrade. The Mammoth comes marching in with new attacks and a buff that’s enabled by war drums. We have a feeling you will like the sound of that!

To note Jat this was all possible on PS4, and filmed a day prior. Perhaps console haven't received a patch yet?

The fixed aspects of this aren't on console yet but will be when we patch the client next, however there are some things we've still to tackle so I appreciate the report :)

Great to see this has reached you Jat. We're you aware of all of the exploits shown?

Partially, we still have some things we need to iterate on (but were already looking into)

Would it be possible to add an admin command to be able to build in the sky? Or would that be a bad addition?

If we were to do it, a server config would probably be more appropriate if one does not exist already (we've an extensive list so I can't remember em all). Though not sure if we'd do something like this.

Did the last patch fix this or is it still doable?

About to find out 🙃. So far looks like our recent PC changes has made this less effective. We'll keep playing around with it but so far the early indication looks like you won't be able to get foundation support to build out something that truly floats (or anything more than pillars/fence supports -- which if one piece demos, everything would collapse except what has support).

Will keep investigating tho.

Edit: Yep some of this has been fixed, but not all of it 😢

I am deeply saddened by the loss that you and your family have encountered. My condolences.

Thank you for sharing Heather's in-game Memorial. We're humbled by the fact something we created could bring her such happiness and, for you, a beautifully symbolic way of honouring her.

Please reach out to me via my Twitter DM's or Discord. I'd like to organise a small gesture towards you and yours from our team.

Our deepest sympathies to you, your family, and friends. I can't imagine how much you must be hurting right now. I hope those memories continue to help by bringing you moments of peace. ❤️