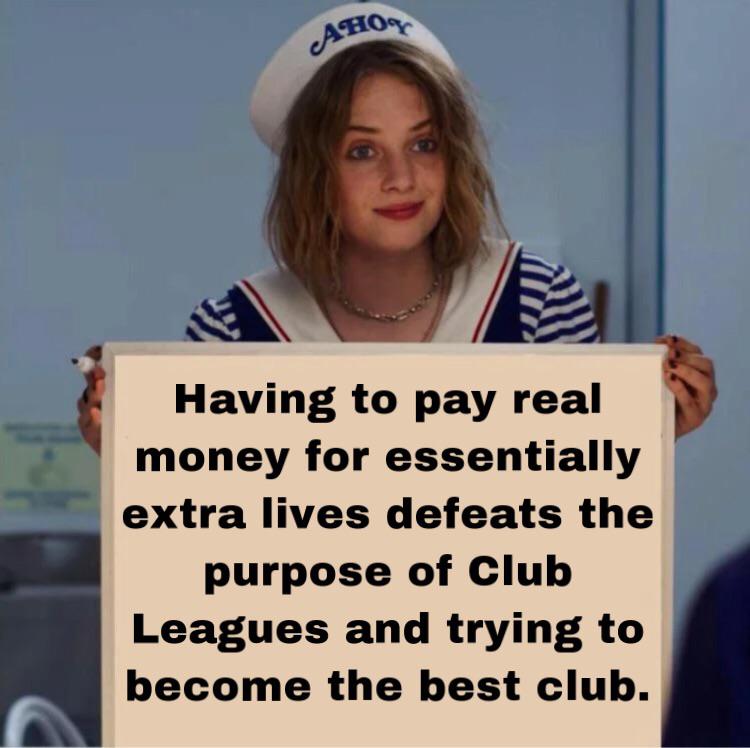 Lemme try to address it since it seems to be the biggest concern of the update. So here it goes: YOU DON’T NEED TO SPEND GEMS IN CLUB LEAGUE. But you do have the option if you don’t wanna be actively playing the game.

SO, Golden Tickets can be purchased for a small number of Star Points, a currency that CAN ONLY be collected by playing the game. You can’t buy Star Points with money.

Our reasoning behind it is that we wanna reward players' activity outside Club League. This means that if you are constantly pushing Trophies, playing Power League, and such, you will have a chance to compete against the top Clubs.

If you DON’T wanna grind, you can use gems.

BUT PRINCESS DANI, HOW ABOUT MY STAR POINTS?

- If you use SP for Boxes. Save it for the Club League. You get A LOT more rewards and progression if you play it every week

- If you want the SP skins. Continue pushing trophies, nothing has changed there

BUT DETECTIVE DANI, I DON’T GIVE A POOP ABOUT THE COMPETITION, JUST WANT THE REWARDS

Now, if you want to be the best Club out there, here’s what you need to do:

- Play with your Clubmates

- Have 30 members in your club

For now, let’s wait and see.

The first season starts on November 24th. If after a couple of seasons, you still feel it’s too demanding, please, we’ll be all ears and could tweak stuff around. But we had discussed this a lot, and it’s expected that Club League rewards active players!

Please, share this away! We really thought it through and the feature is completely F2P. You just need to plan a bit ahead on where you are going to use your resources :)

Can you only buy one star point ticket a week and 5 gem tickets?

You can buy all of them for Star Points if you want. You have just an extra option to buy for Gems if you don't wanna grind SP.

so we can buy 4 Golden tickets with starpoints, or is it just one?

all 4 of them. You can purchase 4 by using gems OR star points. There aren't exclusive Golden Tickets for gems.

This may be dumb but can you use the golden tickets you bought on other days as well?

Yep, if you don’t use them, you can save it for the next season :)

If you can save it for the next future, I have another question. Is there a max to how many you can use per season?

The max you can have is 4 per season, so you can’t buy or use more than that. But if you haven’t used all 4 in the season, they carry over to the next one

If you guys really wanted rewards players activity outside clubs ,couldn't you have done it somewhere else, just because some club mates don't like to play power league or push brawlers ,the whole club has to suffer. Now club leaders will pressurise everyone to grind in power league and spend their star points on club leagues if they don't they will be kicked, which means they have lost 50 percent progression.

It’s up to the club as any guild feature there is. If you wanna perform better, you will look for the players who will help you achieve this goal. If you just wanna be casual and get the extra rewards, that’s also a possibility (and there’ll be lots of clubs like that)

Dani, my club only has 3 active members. I don't want to leave it because I've had it for almost 3 years, but nobody will join! Can I still get good rewards?

Not as much… you will still win something, but it’ll be hard to compete with other clubs with more members… :(

The problem with this is that it begs the question, why even have extra tickets?

An extra layer of strategy on top of just playing the games and relying only on skill. A good leader or planning can make the difference in this feature :)

It’s 1200 a month (which is less than a megabox) and you get a lot more progression. If you are not into progression and would save it for skins, then you don’t need to spend your SP and can still enjoy and earn rewards from Club League

Ignore people crying about the tickets. The real question is how expensive will it be for maxed accounts to relax or do y'all have any other plans 🥺

It does increase the progression quite a lot, BUT, the good thing is that it gives us space to focus on lots of fun ways to reward players since the economy problem Brawl Stars always had should now be solved