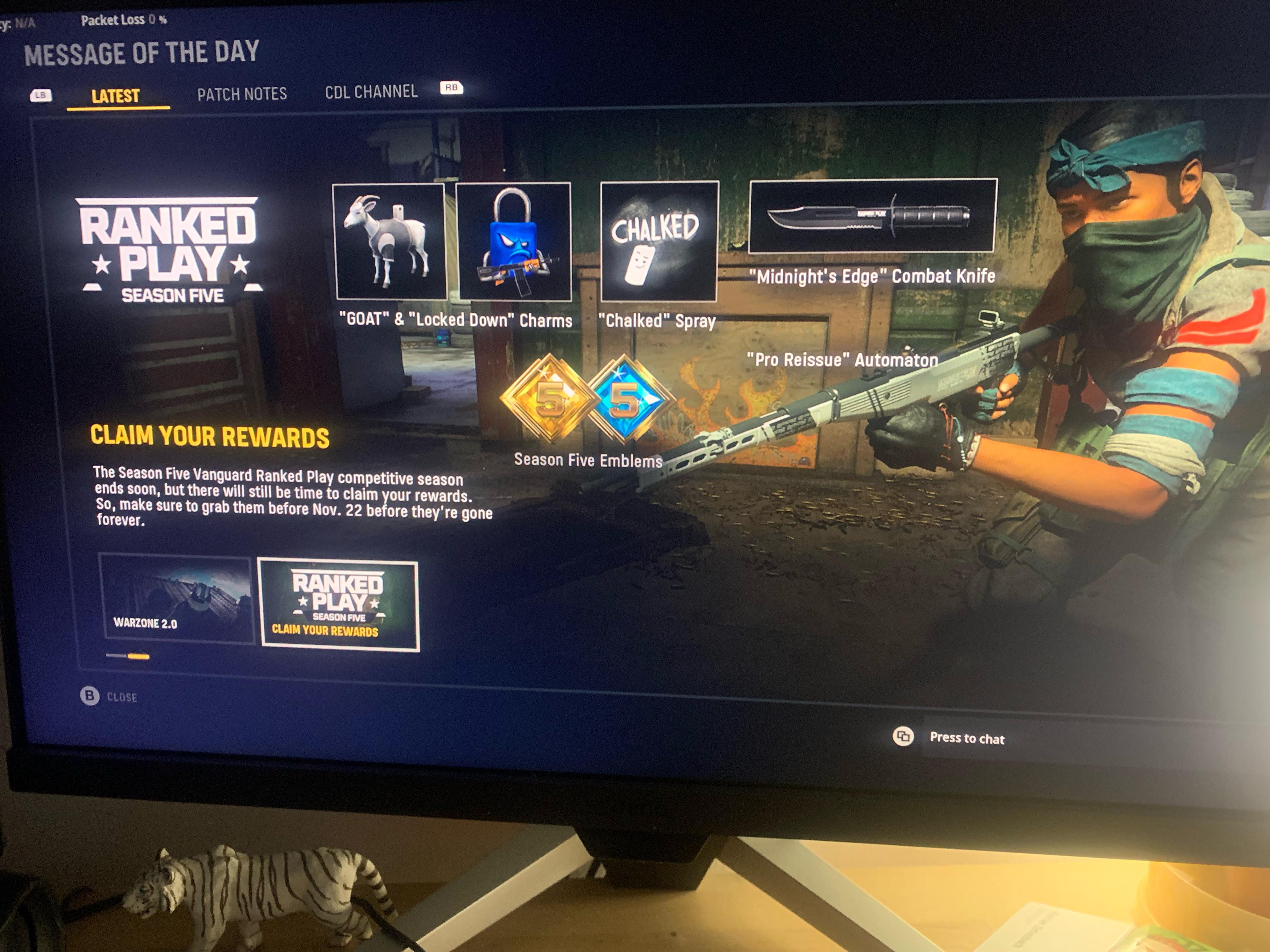 And when is everyone able to obtain or claim the rewards they hardly played for?

If you previously played Ranked Play during the Season Five ladders, which we call the Season Five competitive season, and earned rewards by playing, you can obtain those now. This process is similar to how previous seasons operated also.

Your questions lead me to believe that you don't typically play Ranked Play which is okay.

← More from Call of Duty: Vanguard