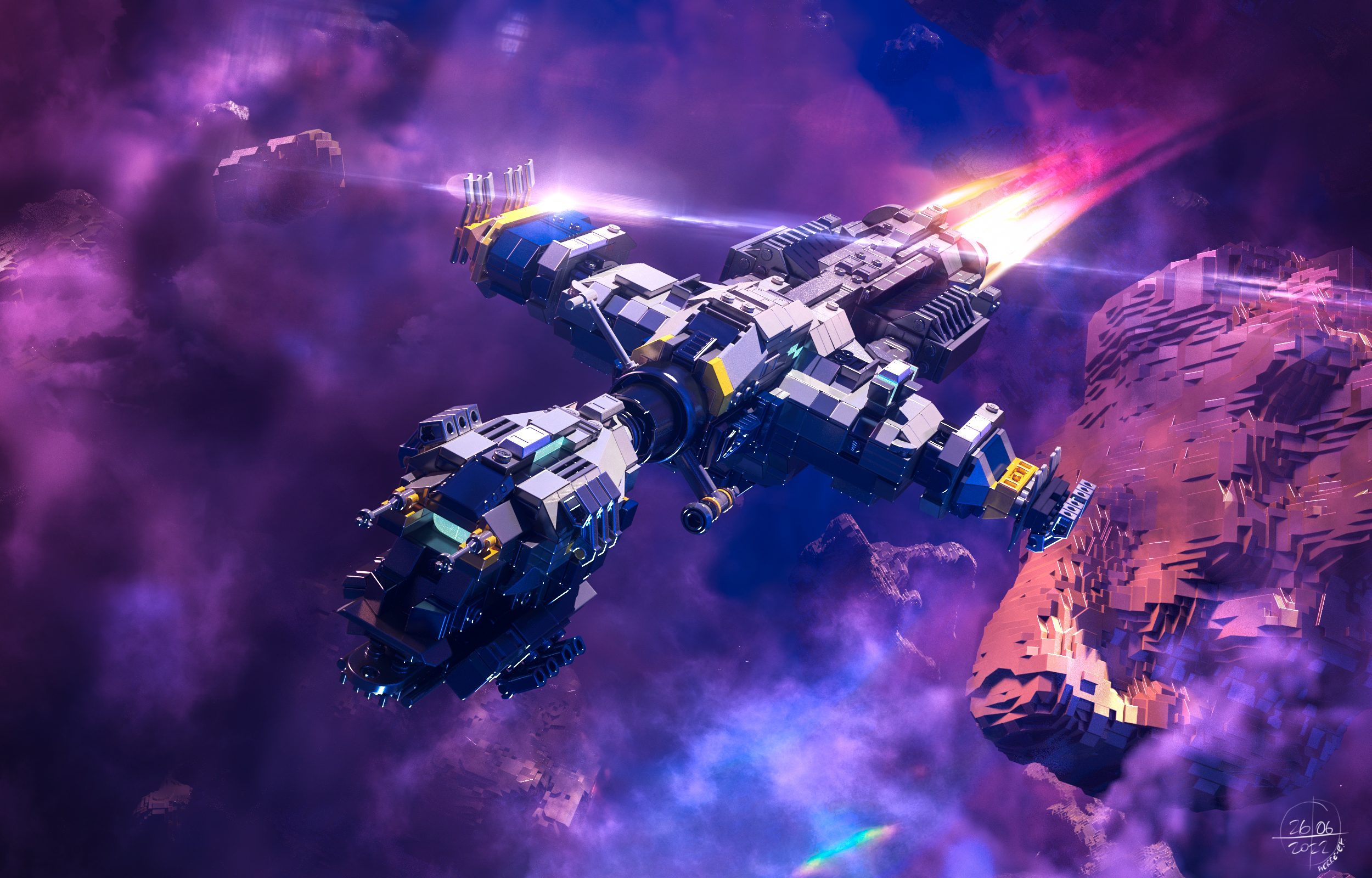 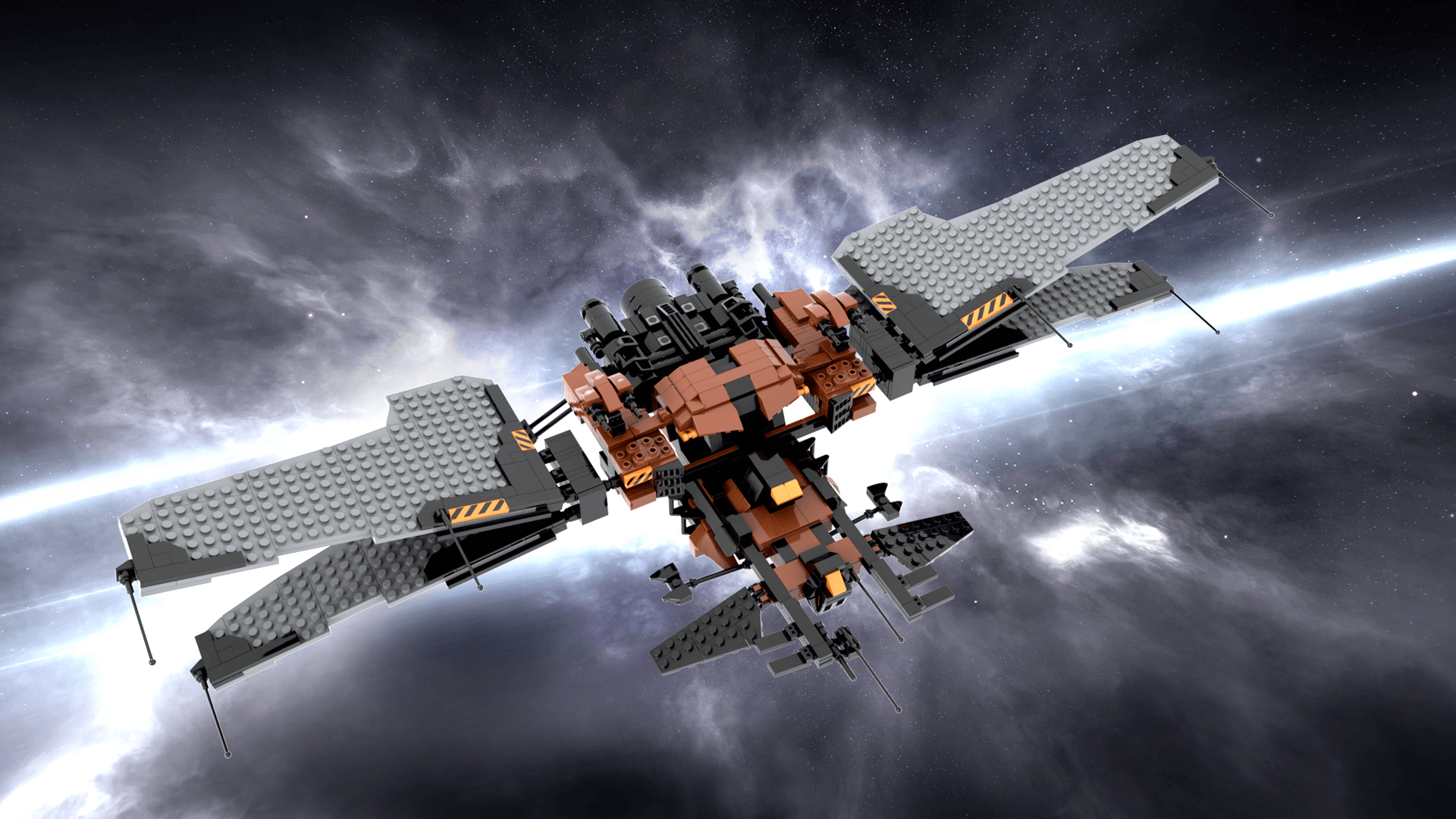 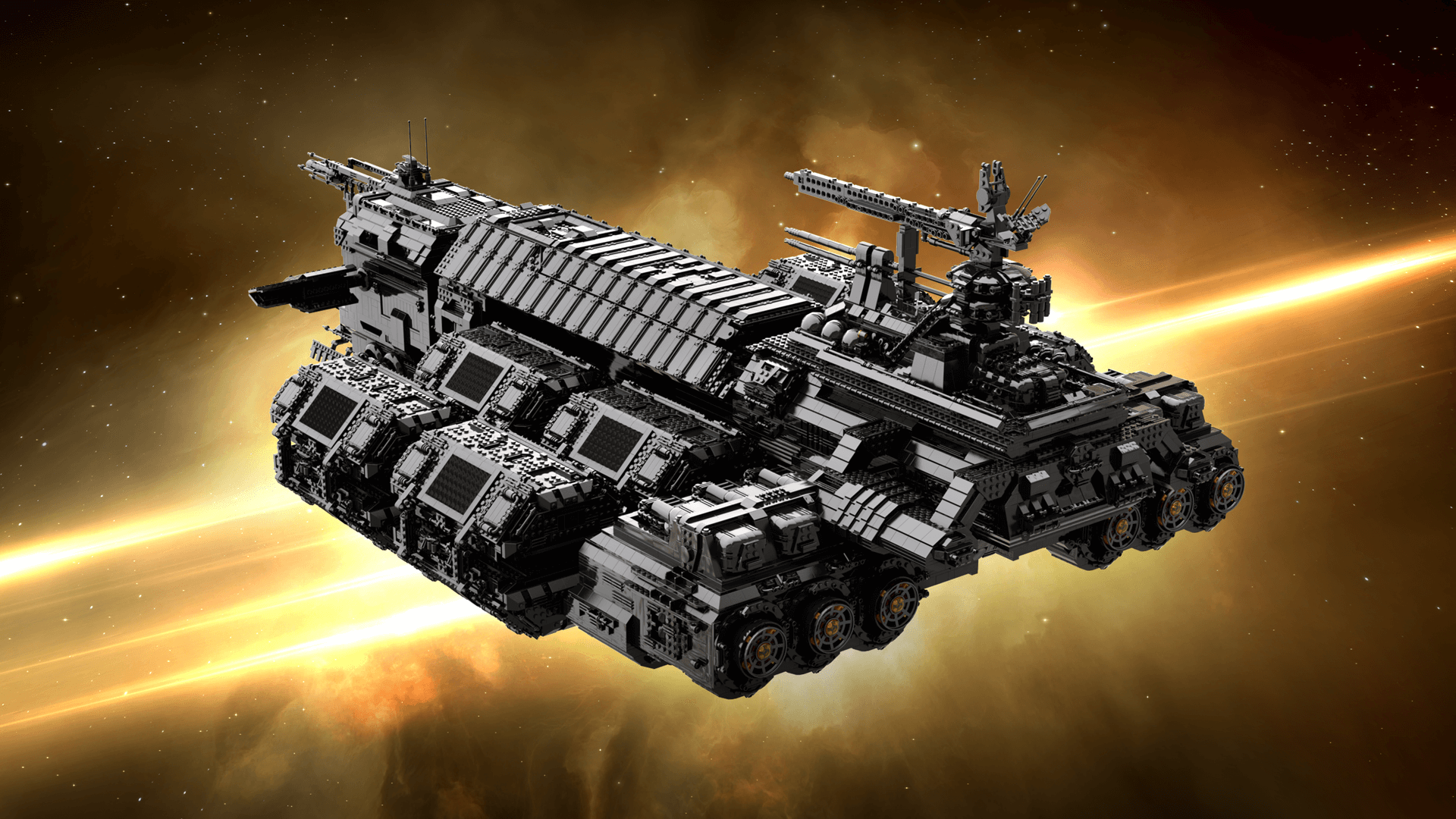 Each of the winners will receive one year Omega and a complimentary ticket for Fanfest 2023 including charity dinner. From the winners, Pierre E's Primae was selected for construction during Battle of the Bricks. It was assembed by Cloud Imperium Games Community Manager Jake Bradley, and considering he had to make to with the bricks he had we think he did pretty well! 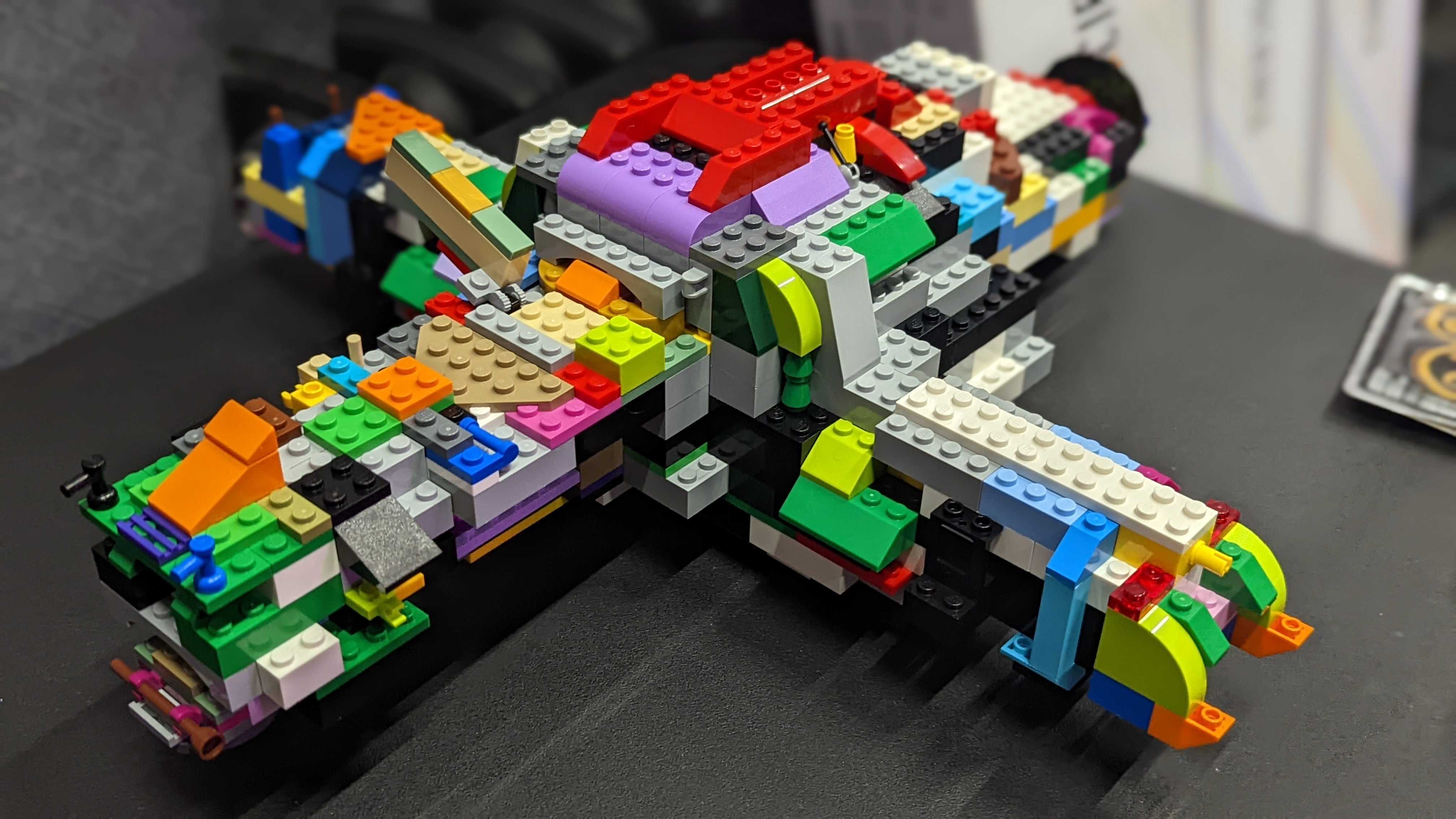 Thank you to everyone who submitted designs!

Battle of the Bricks Finale Livestream Last week members of the CCP community team traveled to sunny Manchester to take part in the Battle of the Bricks charity build-off livestream with our counterparts from Star Citizen. During the 4 hour stream we built some cool spaceships (based off community submissions!), took part in some occasionally uncomfortable challenges thanks to the Wheel of Misfortune™ but most importantly, thanks to the generous donations from both EVE and Star Citizen communities we raised over US$20,000 for Extra Life[www.extra-life.org] which helps sick kids with life saving medical support and rehabilitation.

The fundraising campaign will remain open until the end of the year and there may be other streams either from CCP, Star Citizen or our respective communities to contribute further to the charity haul. You can even make a donation right now[tiltify.com]!

If you want to rewatch the whole stream you can find the recording here, or if you want the short version here’s the wrap up where we all drank an <del>utterly disgusting</del> delightful smoothie made from ingredients selected by Twitch chat which included marinated herring, Lump Fish caviar, pickled onions and mayonnaise. 😕 Warning: gross noises and people gagging. 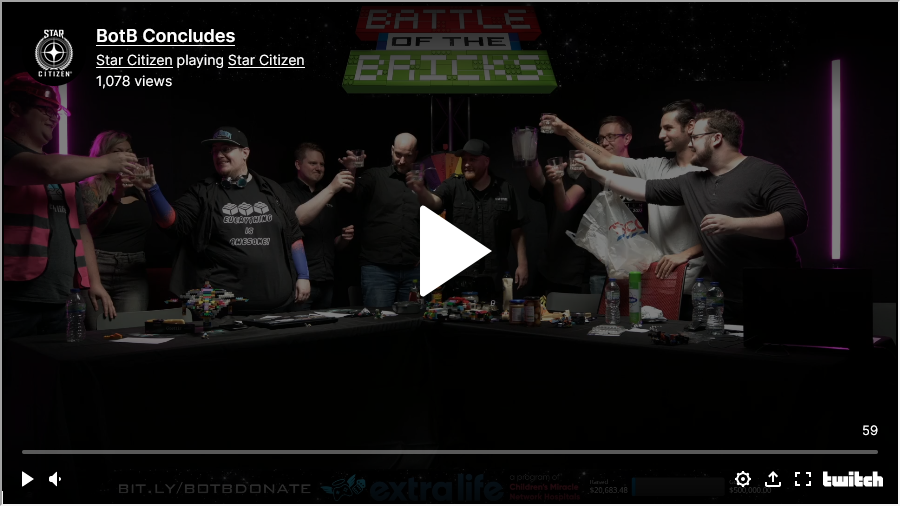 (Play it back in 0.25x speed for a uniquely disturbing auditory experience!)

Player Meetups in August EVE player meetups are getting back into full swing with a few happening throughout August. If one of these are taking place close to you and you can get along then good times are guaranteed! Some of these events will also feature attendance by CCP devs so come and say hi!

The Discourse With things heating up between the Empires in low security space and mysterious discoveries related to abandoned facilities, The Discourse have been producing some excellent reports which dive into the goings on and try to shed some light on the situation.

The Amarrian RP community also organise several events to celebrate this occasion, including parades, parties and contests. Check out this thread[forums.eveonline.com] on the EVE Online forums to see what's happening this year.

Vibing Vedmak PvP Who doesn’t love a classic EVE PvP compilation? I think a great way to round ut this Community Beat is with this awesome video from Grunt Kado. The third battle which is a (kinda) 2v1 where Grunt dual boxes his own logi is just 😙👌