Today’s dev diary contains the details of a few smaller features coming to the table in No Step Back. In addition, I’ll get ahead of the curve here and point out that there will be no diary next week - we’ll be back the week after with more to see.

Scorched Earth
One of the enduring tactical practices of the Soviet defense during the German invasion, was the use of scorched earth. In No Step Back, you’ll be able to spend Command Power on ordering the strategic disabling of railways in the event of a tactical retreat. 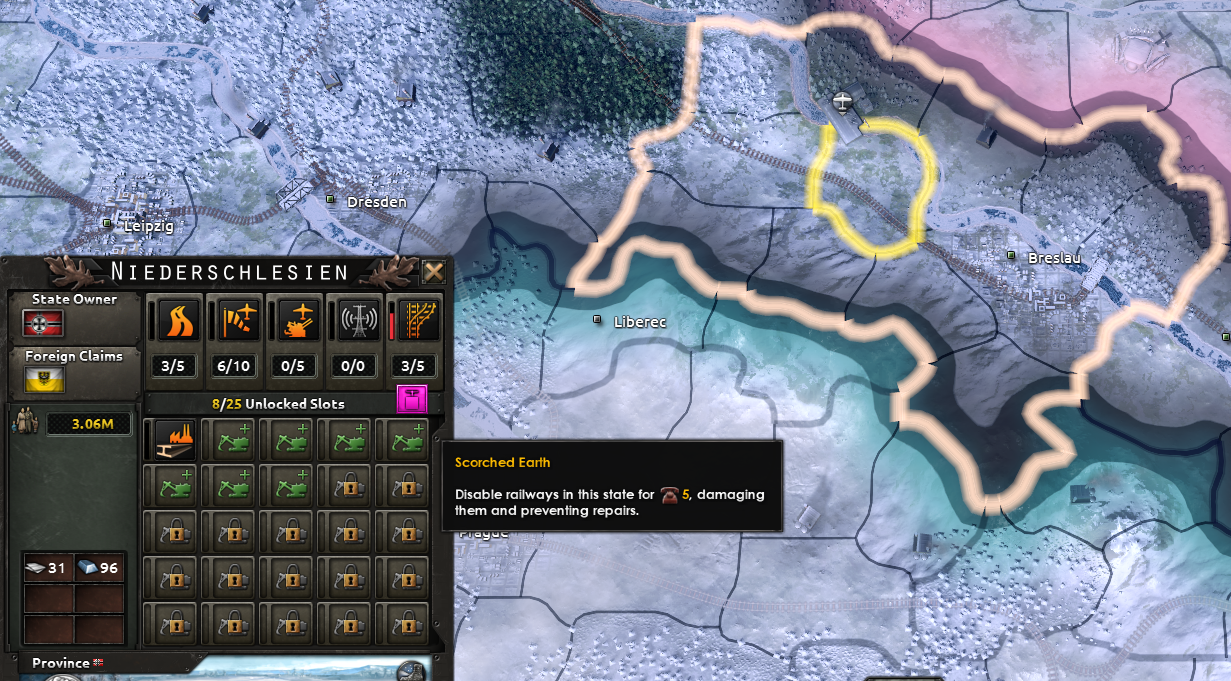 Enacted on a state level, every railway present receives full damage, and is immediately flagged, making sure that your eager workers do not attempt repairs. 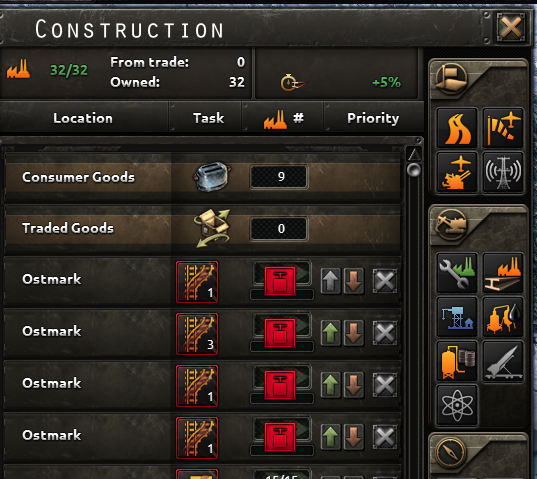 The pending repairs will show up differently in your construction queue, and won’t be worked on. Rather than re-enable these all manually, you can toggle the state of Scorched Earth off on a state, in the same way it was enabled. All affected railways will begin repairing at once.

Scorched Earth is a pretty simple mechanic here, but has potentially devastating effects on invaders. In addition to the rail conversion time that exists on captured railway, damaged rail must now be repaired in order to continue supply flow onwards. While we considered extending some effects to factories, we determined that this was likely to affect balance far more than we wanted.

Preferred Tactics
We touched on this feature briefly during a previous diary, however, due to some good feedback from the community and from inside the team, we’ve made some alterations to how it works.

Where previously, you set a preferred tactic on a national level, giving a positive chance modifier for that tactic to be chosen in combat, your generals and field marshals will now also possess the ability to earn a favored combat tactic. 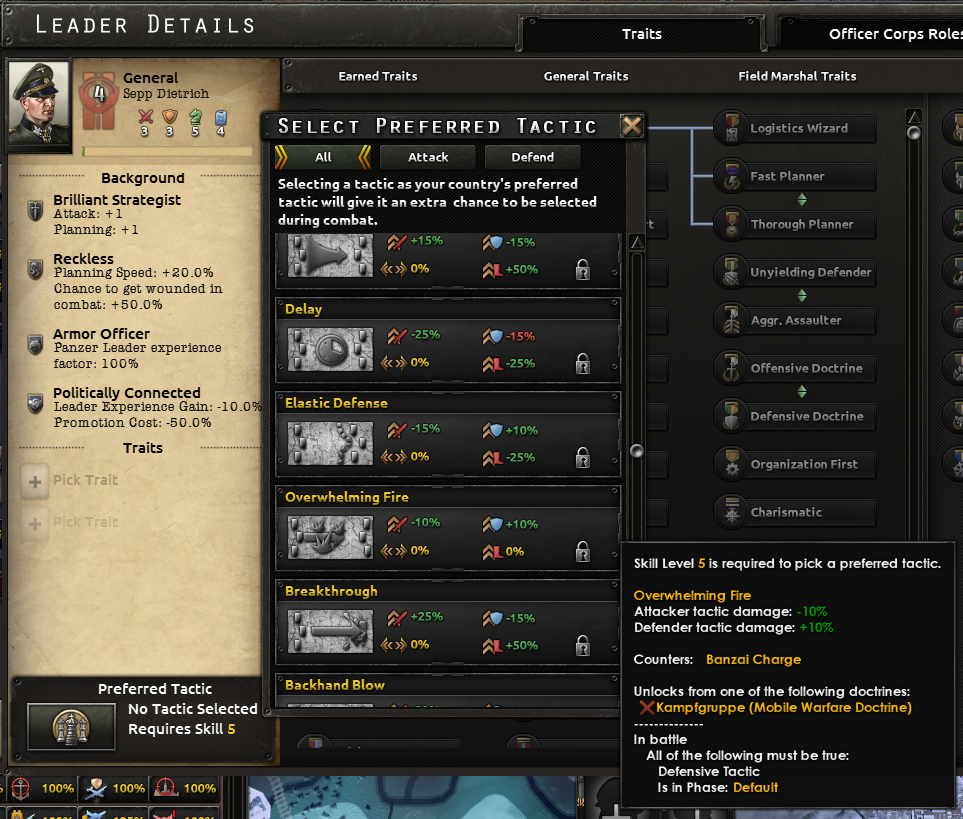 At level 5, you’ll be prompted to choose a preferred tactic for your generals. This represents their doctrinal school of war - a choice that affects all units under their command.

Note here, that we are not removing the national preferred tactic, and that the additive weight will compound from national -> field marshal -> general. To pre-empt the question, you can of course stack all 3 as the same tactic, although this drastically reduces your flexibility, and potentially makes it very easy to be countered. The overall additions granted by preferred tactics, have of course been reduced somewhat to account for this.

We wanted to avoid a rock-paper-scissors choice here, and in order to further emulate the core, doctrinal nature of a general’s fighting style, we have chosen to make this choice permanent for characters.

Strategic Redeployment
As we hinted at, strategic redeployment will now make use of railways in order to simulate more realistic army relocation. This applies a different weighting to the regular pathfinder, resulting in choices that largely look sensible where routes of a similar weight are encountered.

Here, we take a train followed by a scenic bus-tour in order to avoid the long connection.

Sometimes it becomes difficult to predict what will be considered 'sensible' in every scenario - there will be edge cases where pretty looking behaviour and logical behaviour do not overlap.

That’s all we have for today’s diary - just a final reminder that next week there will not be a dev diary - tune back in on the 29th!

As usual, I’ll be around to answer questions in the thread below!