It’s time again to reveal some more secret information that was hinted at in the last dev diary. Specifically this week will be revolving around the final part of railways and trains. So without any more need for introduction here are our stars of the show today.

So to start off I'll go through how you get a railway gun on the map because it’s a little different to normal land units. First of all you are going to want to research railway guns which comes after armored trains 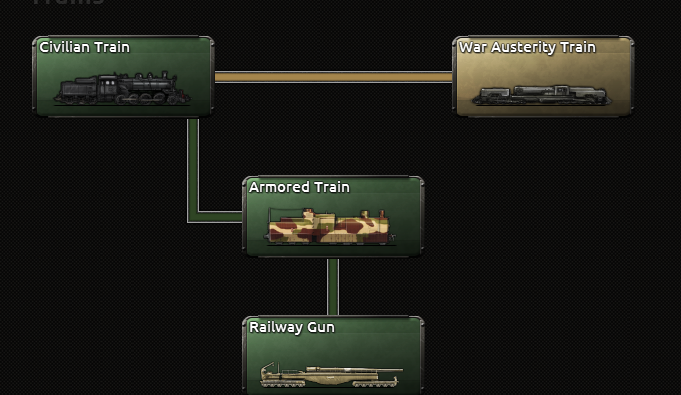 Then you can find it in your production tab just like building normal equipment. But unlike other equipment you build, these production lines are limited to 5 factories and the railway gun won't be added to your stockpile. 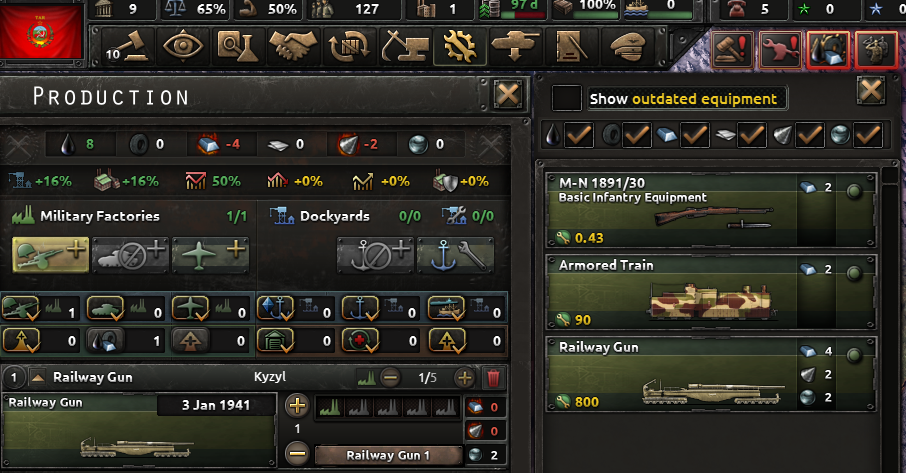 Instead, once completed, your brand new railway gun will appear in your capital, in this way they are built similar to capital ships. 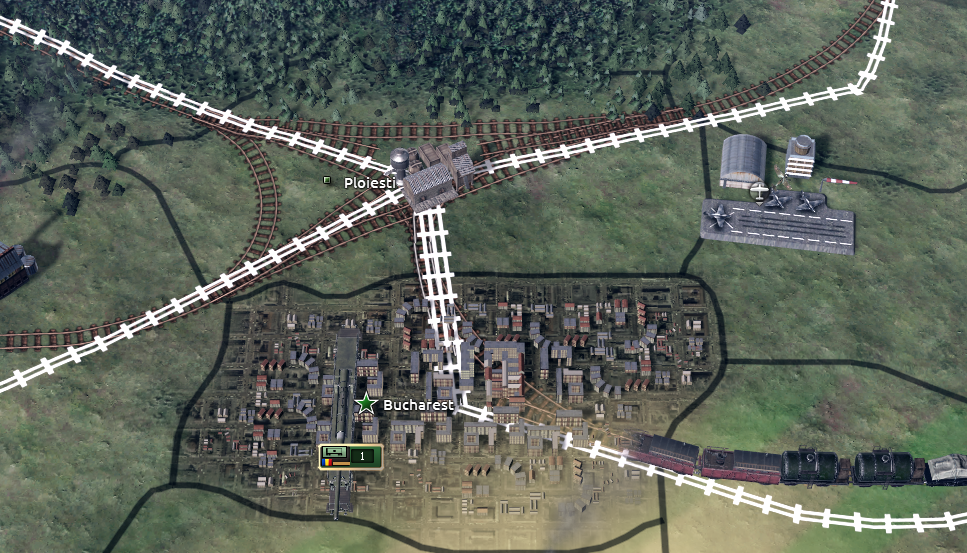 Moving your railway gun is limited to provinces with railways, and so to get to the front you must have a rail connection. Taking into account the rail conversion time when capturing territory is important as you will have to wait for the big guns to be able to help you out. 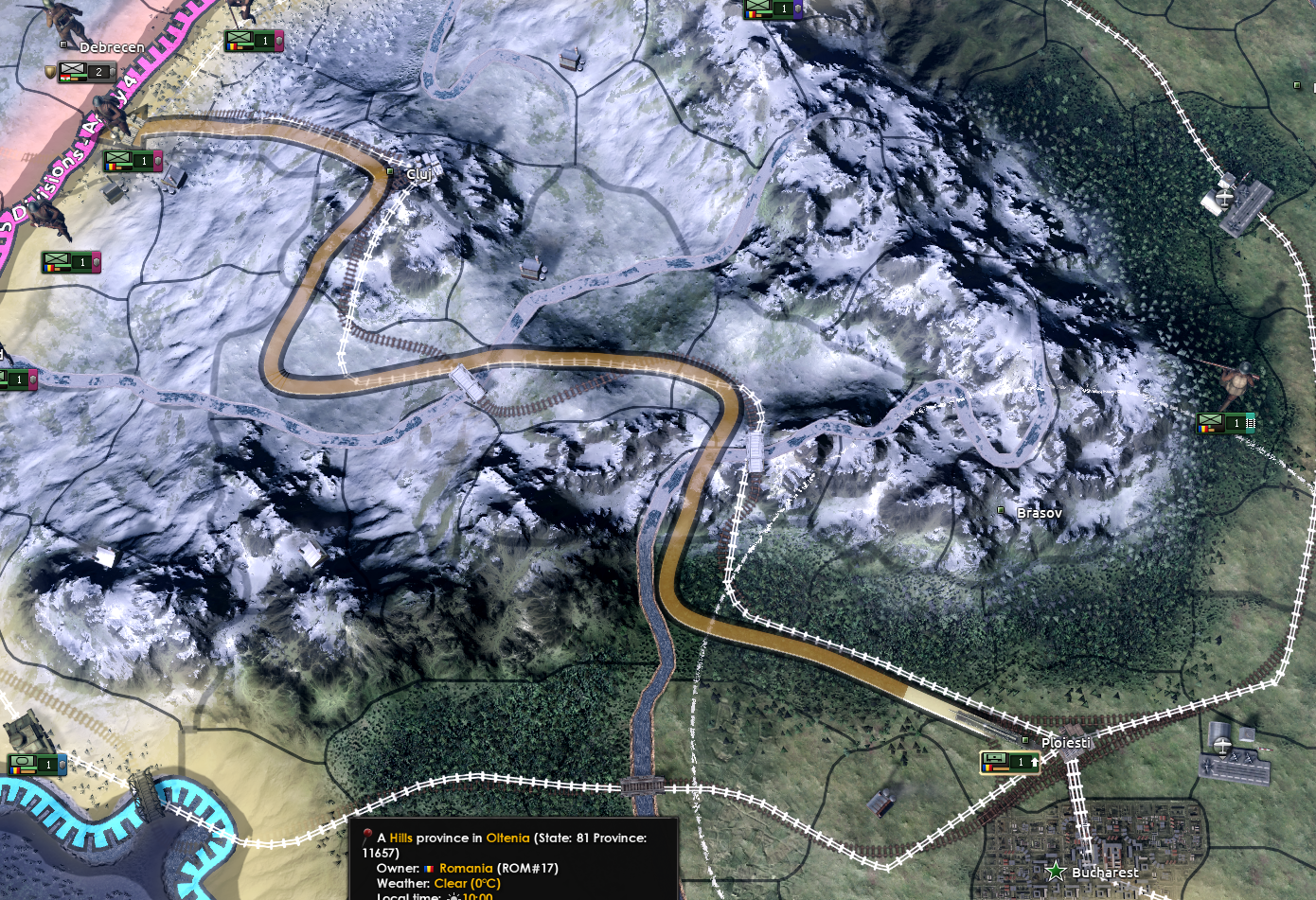 You can also attach railway guns to armies just like with planes and they will attempt to place themselves relative to the frontline. If you have several, they will be distributed where possible to support your army. There is also a quick select button on the army to select all railways guns attached to an army should you need to. 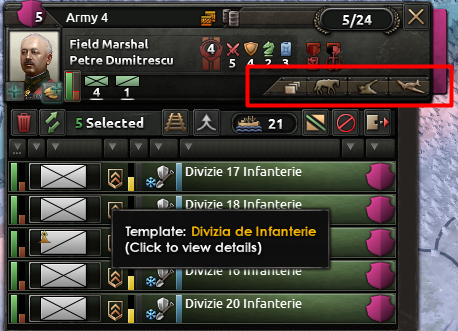 Finally, the last bit of control understanding is range. Railway guns have a range in which they can support and so from any one point are limited in which provinces they can support. This range is shown by hovering over the unit icon. 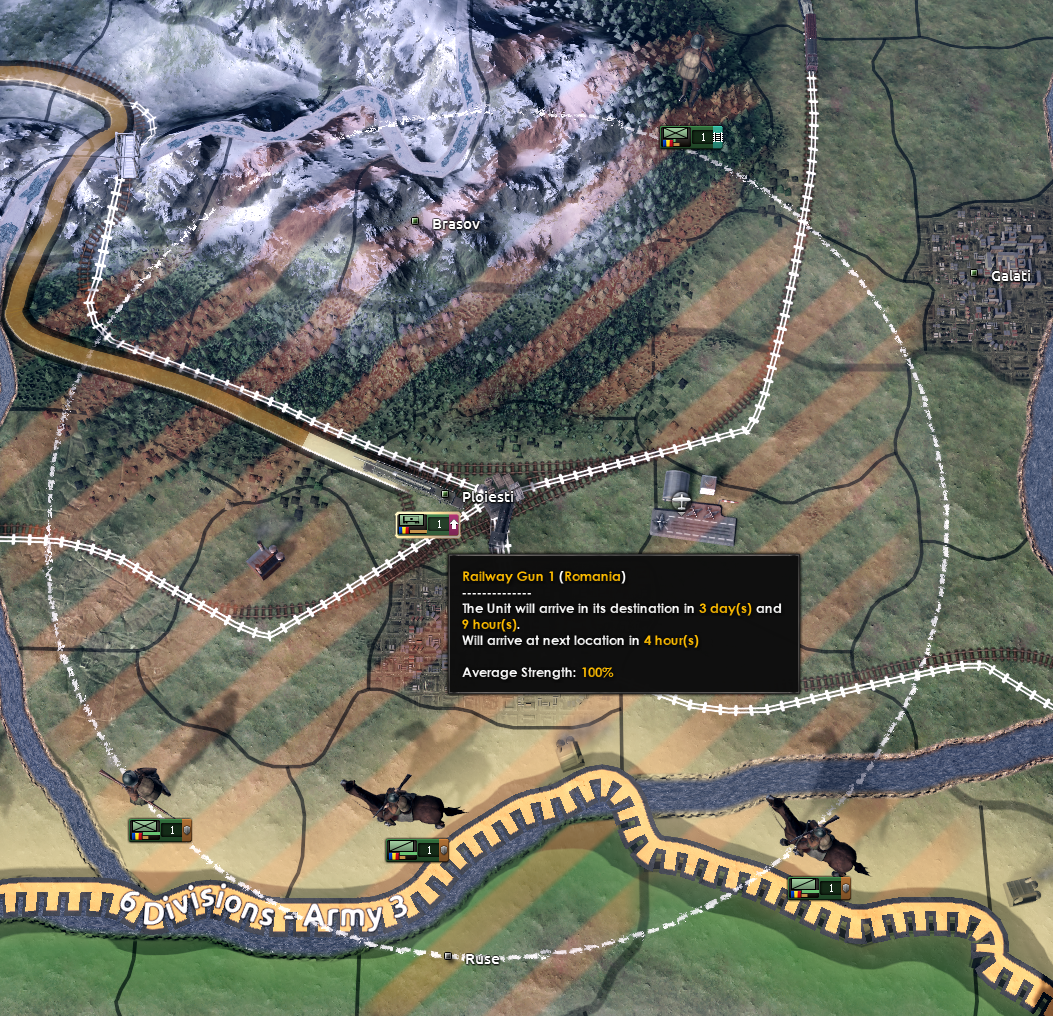 On to combat now, here we can see a combat with a supporting railway gun, we have added the useful icon on the combat progress indicator that there is a supporting bombardment. This new icon will also show if there is shore bombardment happening in the combat. 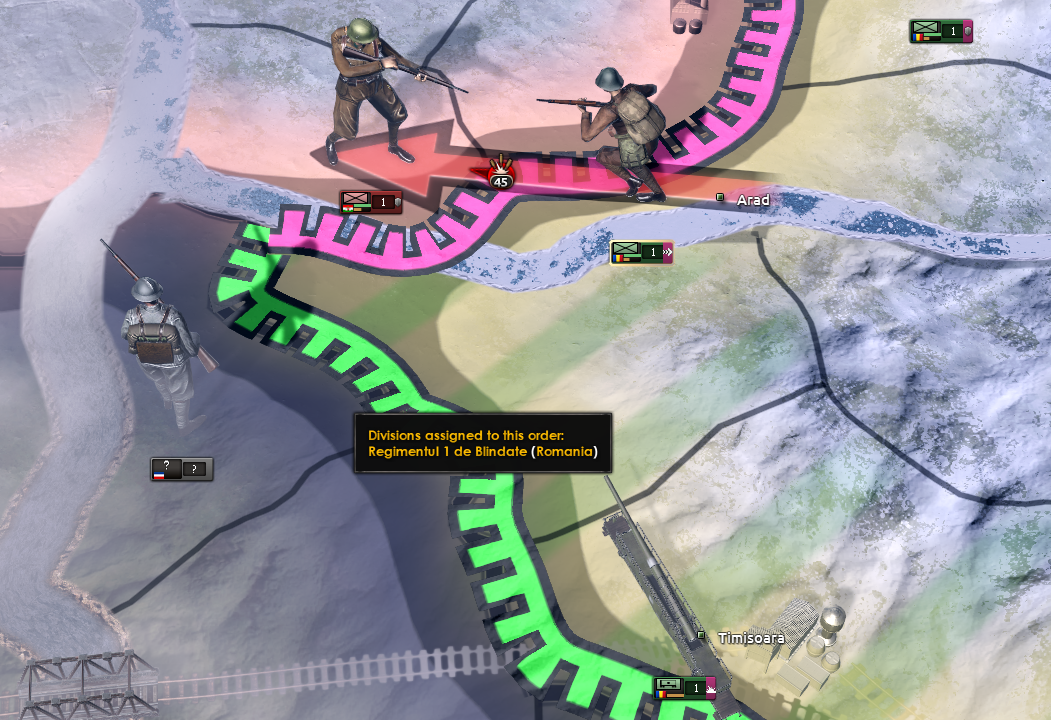 The combat effects of railway gun bombardment work just like shore bombardment, causing negative combat stat modifiers to those on the receiving end of the big guns. These modifiers affect both soft and hard attack as well as defence values. Notably, these effects do not stack - it becomes more important to spread out your railway artillery than to concentrate it. 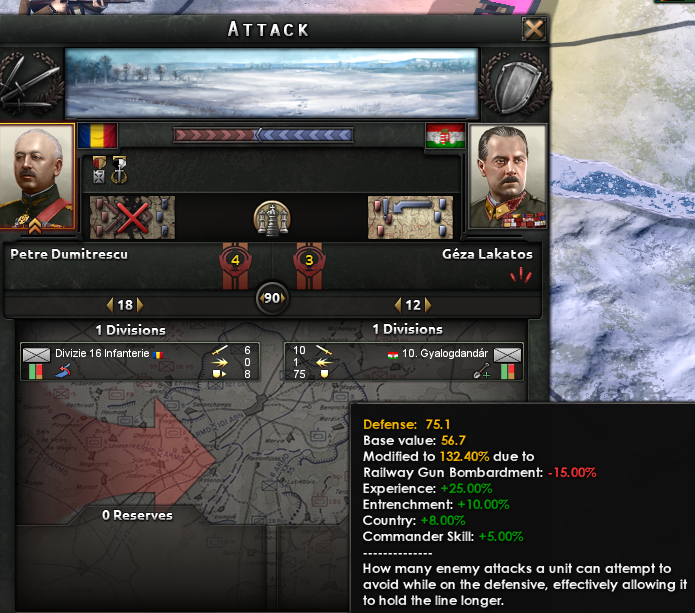 Finally we need to talk about capture and damage, railway guns can be captured via encircling them and damaged by damaging the railway they are placed upon.

Now railway guns are the biggest guns by far used on land and so it's important that we have representations of those built by the major powers. So now we look at the unique guns for the major powers.

This is the german Schwerer Gustav model you will see when playing as the germans. It's perhaps the most famous railway gun and definitely the biggest and so had to have a part in this feature. 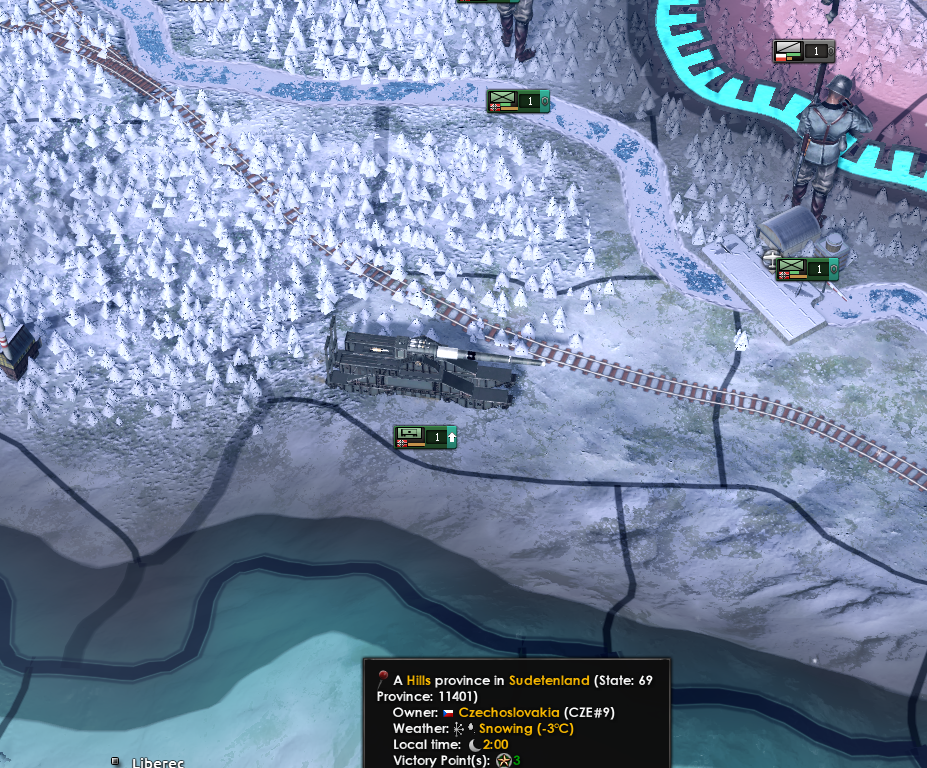 This is the BL 9.2inch railway gun, a relic of the first world war but these big guns were kept in service until 1945. 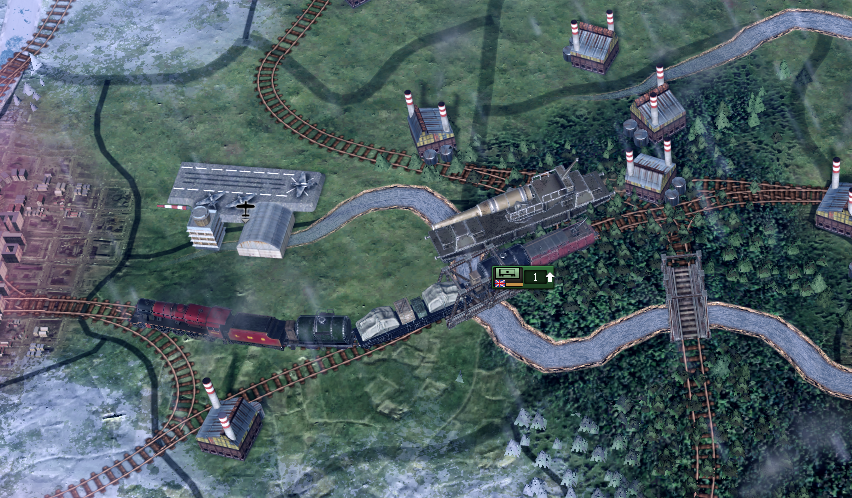 Following that we have the french Canon de 305 another veteran of the first world war. 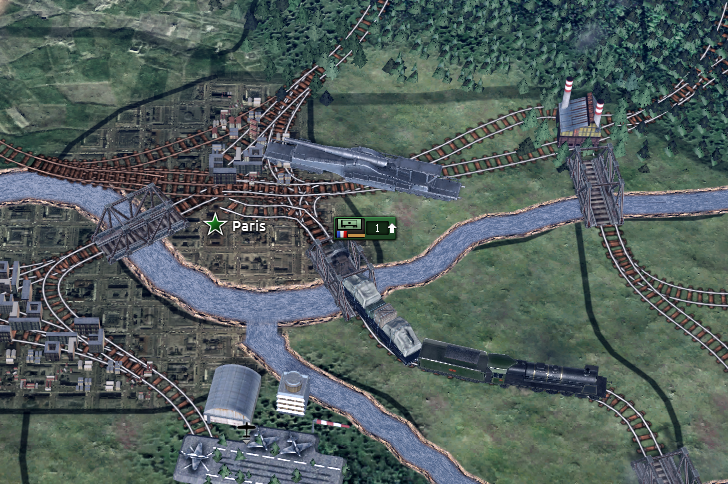 Next up is the USA’s 8-inch Mk. VI which remarkably first entered service as late as 1941! 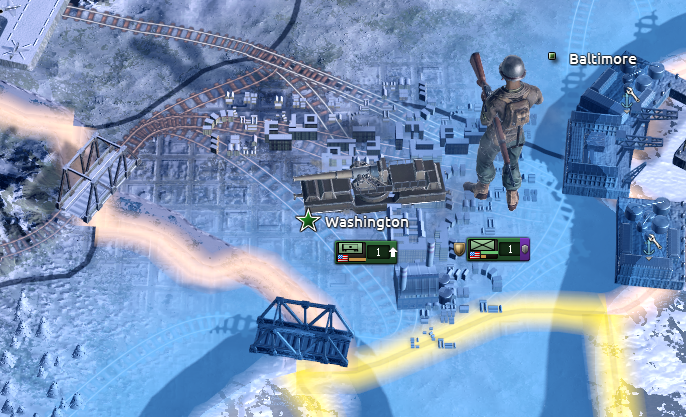 Type 90 240 mm railway gun whose claim to fame is being destroyed by the retreating Japanese in the soviet invasion manchuria. 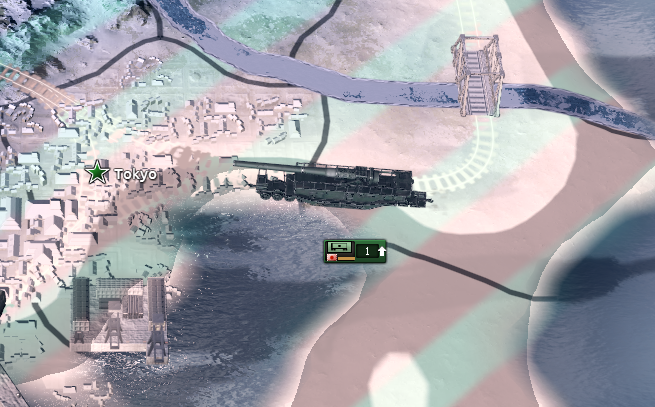 And finally the TM-3-12, three of these were made in 1938 and were used in the winter war against finland, unbelievably these where in service until 1999 (a whopping 61 years of service) 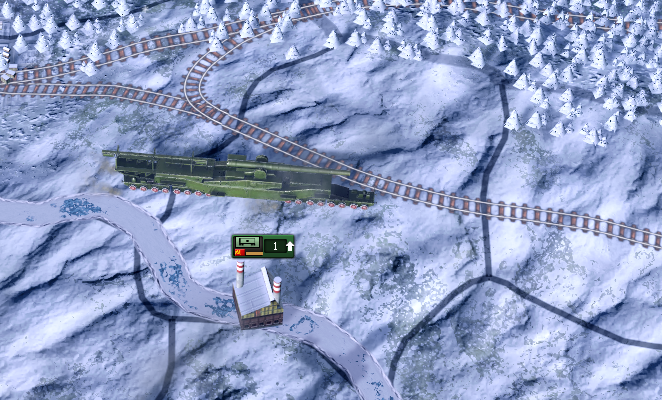 Finally here's a cool clip of the Schwerer Gustav firing in game.