4 days ago - /u/ - Direct link
A lil somethin somethin: You can find the details for this event on the announcement page here.
4 days ago - pogosan - Direct link
First, we want to announce that Sleeping Giants will be releasing next week! We aren’t yet ready to confirm the specific date, but you’ll hear it as soon as we have it locked in. Sleeping Giants will be released in PvP and PvE variants, and SG rarity tiles will be added to the pool right away. We’re excited for everyone to experience the new and improved map and the brand new challenges that await you as well as all the new rewards like an improved version of a Maintenance Chest, new tier of a Windmill that allows passive generation as before in addition to a massive increase to active generation in sandstorms, or even just new special boots you can check out below. Today, the patch focuses mostly on balance and bug fixing.

Here is a pair of boots. What are they for? Fishing in toxic water. 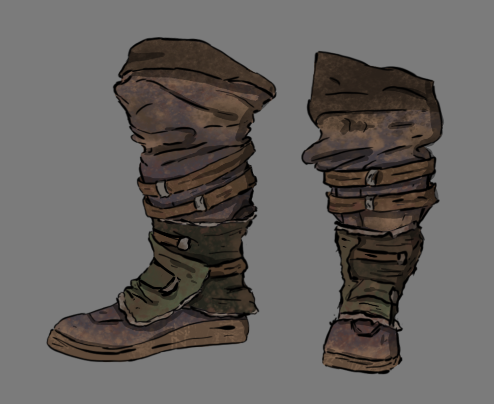 Walker Combat
We made several big changes to siege weapons in the last patch. Mostly, it was done through adding specific uses to each weapon and ammo type to, primarily, improve PvE, but, at the same time, also hoping to improve PvP. Unfortunately, we left scattershot a little bit too powerful, so that is receiving a nerf, reduced from 85% -> 12% against Medium Armor, and 30% -> 10% against Hard Armor. We’ve also tweaked a few more damage numbers and armor percentages here and there, which will be in the full patch notes. In addition, we have fixed all of the reported bugs associated with reloading and firing. This is a system we want to continue to improve - stuff like additional or expandable control groups in particular.

Overall, with respect to walker fighting, we’re not really happy with the “Crack and Drop” meta. The nerf to scattershot should increase walker fight times, which is one step in the direction that we’d like to see in PvP, but, ultimately, the current design encourages you to, primarily, target the hull and then take all the armor and water from an enemy’s walker, instantly ending the fight. This isn’t really a desirable outcome nor is it consistent with a lot of the other design principles that we have for S5. We're planning to address this issue even more in the near future. Also, we don’t want everyone to be forced to be a solo gunship to be competitive, so we’ll continue to look for ways to enhance “Crewmember” gameplay.


Rarity Cleanup
Rarity also received quite a few fixes since the last update, primarily to the bugs you reported. Rupu vines should be fixed to be always the rarity as the camp and the exploit allowing you to exceed the clan cap should also be fixed. The trade station quest that was giving 0 flot has been replaced with a new quest. The previous quest was built when all maps had trade stations so it didn’t work right out of the box. Instead, it’s been reworked into a new quest, which gives you a package to deliver to a traveling merchant, who will then give you a token to exchange for Flots at any Trade Station.

Overall, we’ll keep it short this week, but after Sleeping Giants is released we’ll have quite a few large devblogs, which will focus on our plans for improving gameplay, specifically schematics and PvP, going over the full survey with our take on solving the issues, and, likely, even more surveys, allowing you all to weigh in as we continue development of Season 5.

Here is also a new headgear that will start dropping with SG from bosses and other tough enemies as a special item. It will start our journey to implement a headgear for every equipment set in the game. 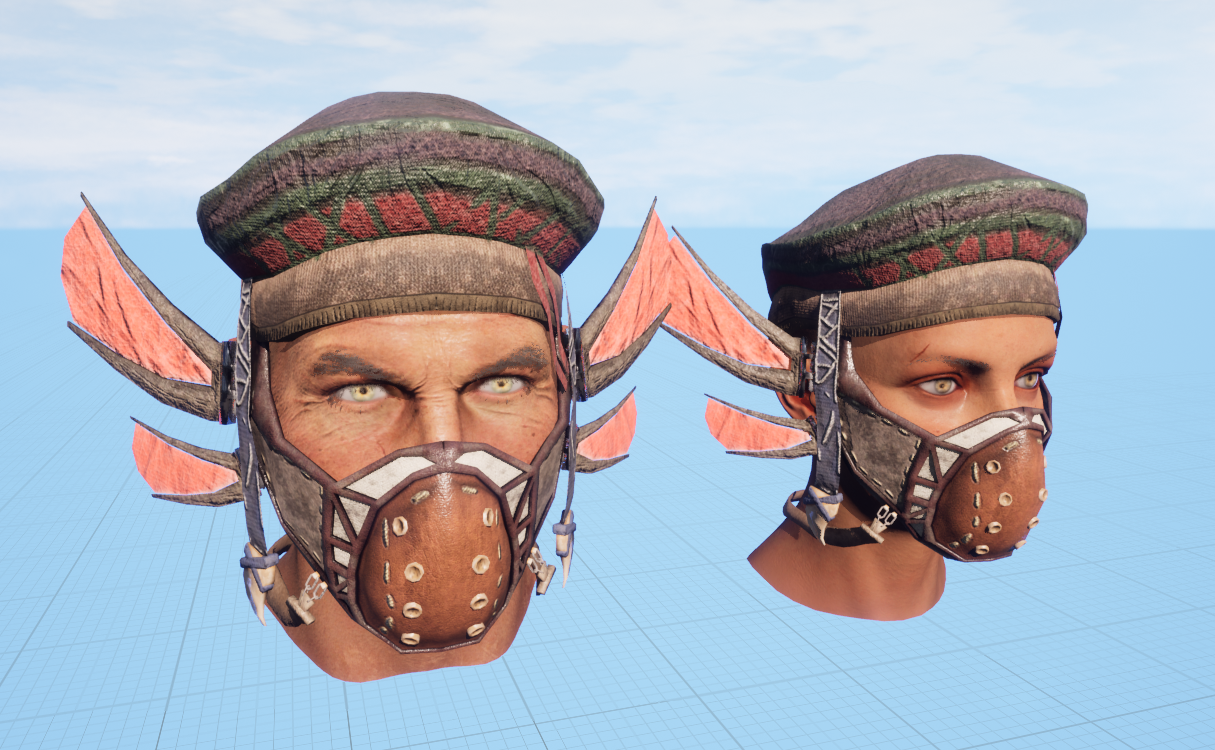