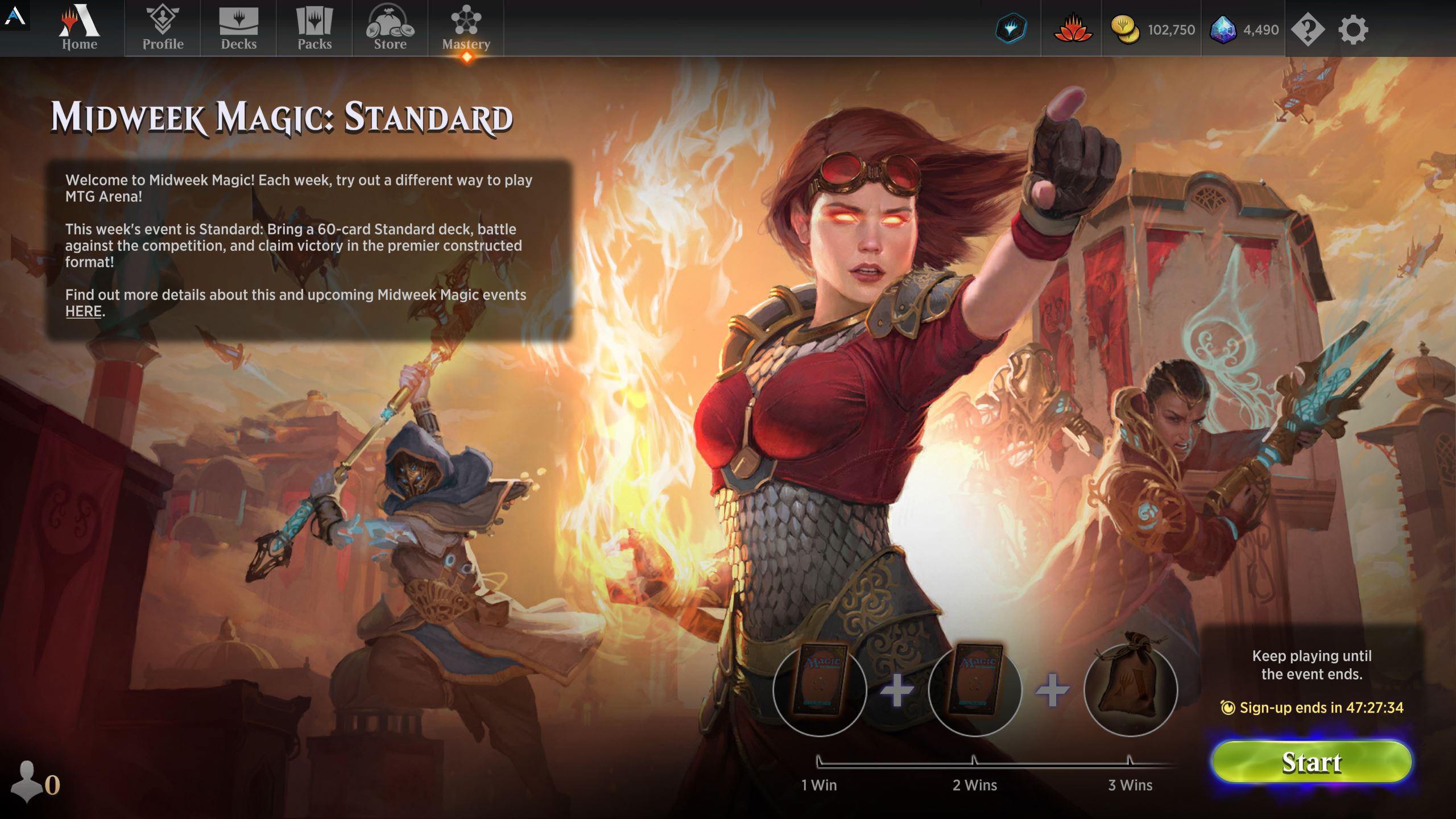 Honestly I think this is kind of it. Midweek magic to show modes of play people don't usually play and frankly standard fits that definition for a lot of players.

Oh hey, I was coming to say basically this.

We choose Midweek Magic formats for a variety of reasons. Sometimes it's novelty, and sometimes it's to put focus on a particular format. Players on this subreddit are among the game's most invested, and therefore the most likely to be a little weary of our evergreen offerings. I sympathize, but there are lots of other players who appreciate a little incentive to try something they usually don't, especially when the format has recently changed.

And even on the other hand, MWM being a format that you already play means that you already have decks ready for it. Variant constructed formats see less participation because of the friction of having to build a deck. For players who are already familiar with the format - who are already prepared and even may get to have an advantage from their expertise - a week where you already know the ropes can be an upside.

For a Standard midweek magic event, it would be nice to at least allow phantom decks so everyone can try out different standard meta decks.

As-is, this adds nothing beyond the standard queues already in the platform.

It adds focus, since the MWM event appears on the billboards for players who might not otherwise think about the normal queue. It also adds incentive, for the players who collect the weekly MWM rewards. I understand if those are not things that you personally value, but we do.

I remember this same explanation from way back when it was still FNM at home. Is Momir still one of the most popular options?

The one thing that always confused me a bit, though, was the seeming conflict between wanting them accessible and wanting to incentivize trying something they don't normally play. It would seem the way to optimize for both in a MWM that is just a normal format would be to make it All-Access. Or at least offer a folder of All-Access Precons for those without a custom deck?

I know personally I tend to just grab the same old monowhite aggro off the shelf for everything, and my opponents are often doing the same. But having a bunch of fun (if not necessarily optimal) precons to grab without feeling like I'm "wasting" resources (not really wasting, but you know what I mean) on a deck I might not want would seem to make them more much more fun and accessible. It might also make the queue have a bit more of the flavor of the format, and make the event actually feel special even to enfranchised players.

There is always some tension involved in wanting players to participate in a thing that requires work from them, either in deckbuilding or collection building or both. That is the nature of the game. We mitigate that in some ways - for instance, we do use All Access somewhat regularly, like in The Gathering this week - but it's never going to be the default expected procedure.

Precons absolutely help, but as of now, we aren't able to combine free-use precons with a normal queue. We stumbled over this issue last time we had Gladiator up, you may recall. It is, if you'll pardon the meme, a technology issue. (Which, of course, doesn't mean it's impossible or that it can't ever happen - we just haven't built out the system to make it work yet, and it has to fight for priority with other features, like Golden Packs.)

← More from Magic The Gathering: Arena