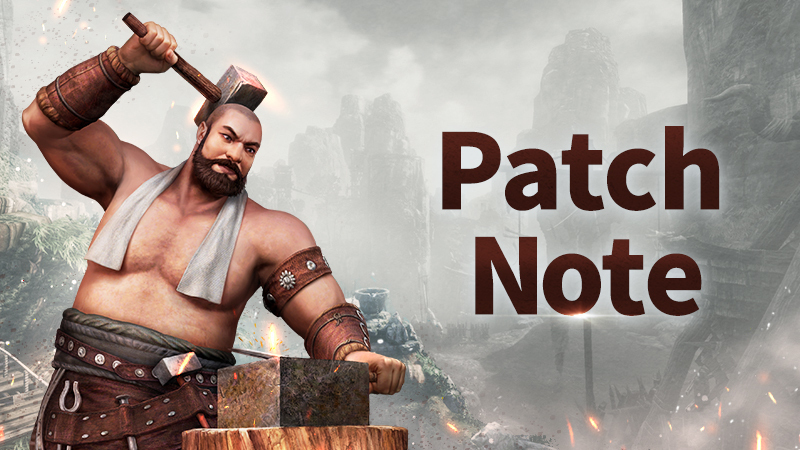 From my battle to our war, MMORPG MIR4.
Greetings, This is MIR4.
These are the details of the update scheduled for Tuesday, January 11th, 2022.

1. Clan Sanctuary will be added.

3. New Codex achievements will be added.

4. Three New Hotkeys will be added.

1. A new Condition for sealing Character NFT will be added.

■ Clan Sanctuary
● Clan Sanctuary will be added.
- Clan Sanctuary is a new feature that can be used within Hidden Valley or Labyrinth, granting buffs to all clan members who use the area.
- Only Clan members who have War permissions can purchase a 'Sanctuary Summon Badge' from the Clan Shop to summon the Sanctuary. (Clan tech ‘Attack Formation’ must be achieved to use this feature)
- There is only 1 designated place per each map to summon the Sanctuary, and only one Sanctuary can be made per each clan.
- The Sanctuary can be destroyed by other Clans, and will not be destroyed by Allied Clans.
- Sanctuary will be undestructable for the first 3 hours from summon, and will be automatically destroyed after 72 hours.

■ Changes in in-game Shop
● Sale of ‘Daily Package’ products will be discontinued.

■ New Codex
● 5 new types of Time-Limited Codex will be added.

■ Target Icon System (Clan Mark)
● 'Target Icon' (Clan Mark) will be added in the PC/Steam version.
- Target Icon is a function applicable to individual players.
- You can click the player to place an icon above the character.
- Target icons can be shared with Clan members.

■ Portal
● Magic Square & Secret Peak Improvements
- Time Limit pop-up screen will be improved.
- Auto-Extend Time Limit feature will be added.
- The term 'Entry Ticket' will be changed into 'Entries'.
- An alert message will appear when you try to use an excessive amount of entry tickets at once.
- The location of the Time Limit Extension button

and the Tooltip button

■ In-game bug fixes & gameplay improvements
1. Maximum number of Favorite items in the market will be increased from 30 to 60.
2. Fixed an issue of a monster being spawned in the safe zone right next to the portal in Redmoon Valley's 1st floor.
3. Added a feature to arrange the order of clan members in the Clan tab within a party.
4. Fixed an issue of not being able to use skills in certain situations.
5. Improved the feature of Territory titles.