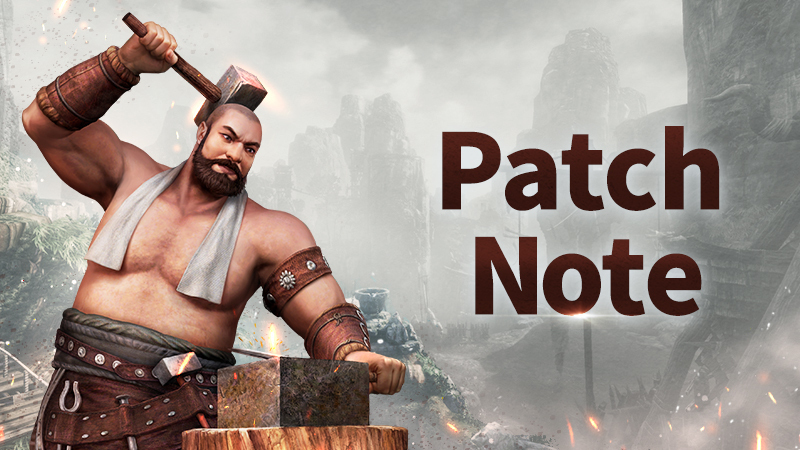 From my battle to our war, MMORPG MIR4
Greetings, This is MIR4.

These are the details of the update scheduled for Tuesday, November 16th, 2021.

■ Siege Eve
- 'Castle Siege Eve' will be held from Monday to Saturday of the week that the Siege Tender is being held.
- 'Drum of Victory' item can be obtained and used to cheer for the clans that are participating in the Bicheon Castle Siege.
- 'Kingdom Coffer' can be exchanged by collecting and using 'Drums of Victory’.
- Maximum of 60 Kingdom Coffers can be acquired per character during the event period.
- 'Kingdom Codex Badge' can be registered in the time-limited codex after acquiring the item.

2. Zoetrope
■ Horse Emblem will be added.
- Horse Emblem can be obtained per advertisement videos watched and you can watch maximum of 20 Ads per day.
- Horse Emblems can be acquired by each character but are character-bound.
- The balance can be seen in the upper side of the shop tab.
- Token obtained by zoetrope views could be used to buy materials from Zoetrope exchange station.

3. Mystical Piece
■ A new key item to enhance character’s abilities
- Enhances the character’s stats, similar to the Magic Stone
- 1 fixed and 2 random ability stats, depending on the type
- You will be able to obtain Mystical Piece of higher grade by successfully combining 4 of the same grade

5. Changes on Gathering/Mining/Crafting Darksteel
- It will be more difficult to interrupt someone who is already gathering/mining.
※ Resistance on CCs such as Knockdown/Stun will increase, and mining won't be canceled unless CC’d.
- You will not be able to mine Darksteel if you have an internal injury.
※ Internal injury stacks up when you die and the stacks vary depending on the PK Alignment of your character.
※ There are 3 levels of internal injuries, Minor Injury/Major Injury/CRIT injury and you won't be able to mine Darksteel if you have a CRIT injury.
※ You will get a CRIT injury if you have 20 stacks of internal injury.
- Mining amount will decrease on negative PVP status (Bad, Evil, Outlaw).
- Smelting or exchanging DRACO, or crafting a Darksteel box will be restricted if a character has less than 500k Darksteel.

■ XDRACO items will be moved to XDRACO Warehouse after sealing, and will become tradable in the XDRACO market.
- The item could be sealed by using Gold.
- The sealed item won't be usable in the game after it’s been moved to XDRACO Warehouse, except for trading through the XDRACO market. (Can be reused after unsealing)
※ DRACO market will be added in future updates.
17 days ago - /u/ - Direct link
A lil somethin somethin: You can find the details for this event on the announcement page here.
← More from MIR4