A rare species and subspecies make their appearance, among others!
Make sure you're suitably prepared! 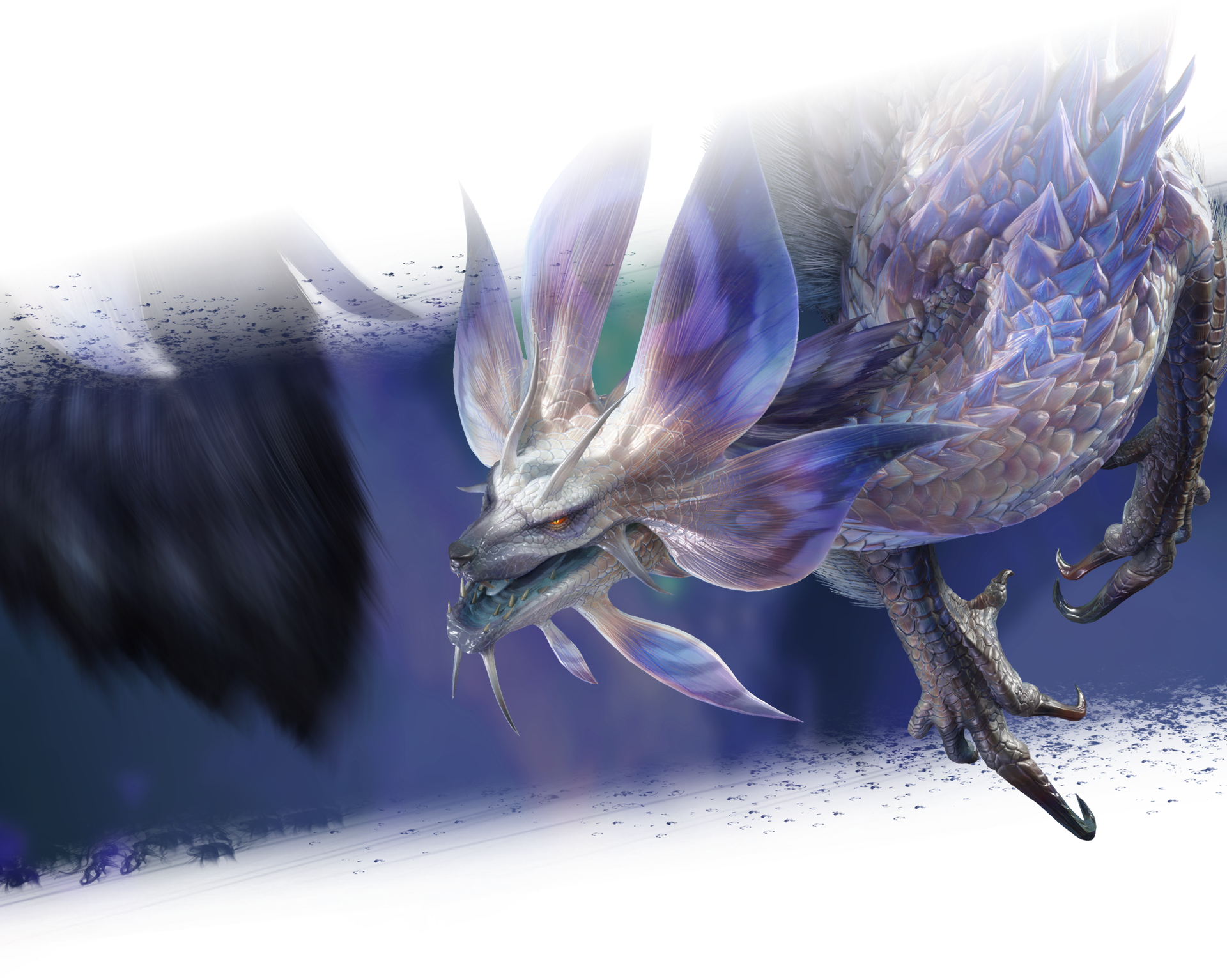 Violet Mizutsune are leviathans known for their beautiful lilac-colored fur.
They use the fluid they secrete to slide around, targeting their prey with gas-filled bubbles. Though they appear graceful creatures, the facade quickly fades as they envelop themselves in pale flames and bathe their surroundings in a beautiful, but deadly,inferno of white-hot flame. 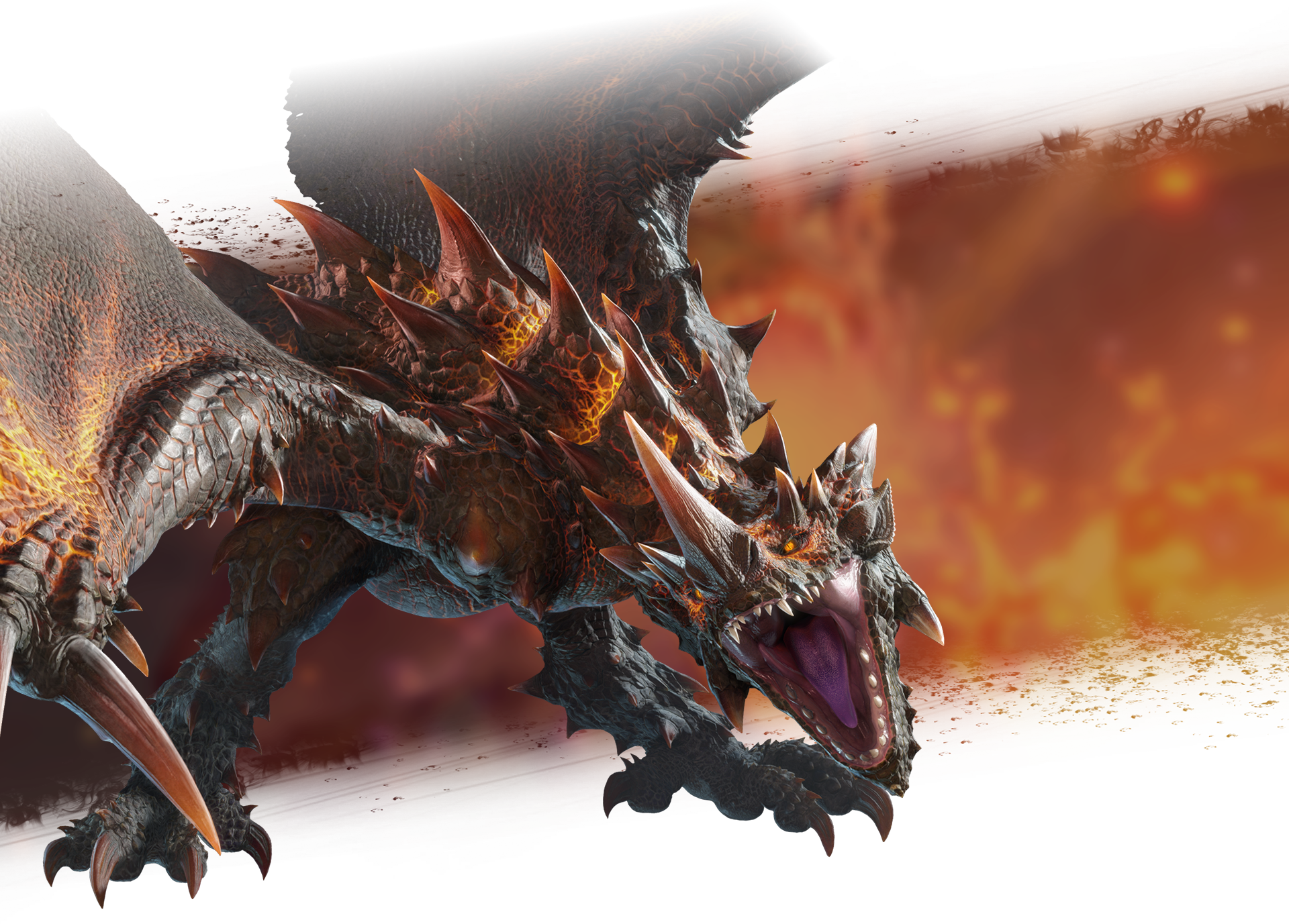 An Espinas subspecies with a slightly more muted body color.
The boldness of the standard Espinas remains: run-of-the-mill attacks won't rouse Flaming Espinas from their slumber. Their breath attack contains a powerful poison, and a dense acid that deteriorates armor.
Take this attack head-on, and you won't stand a chance... 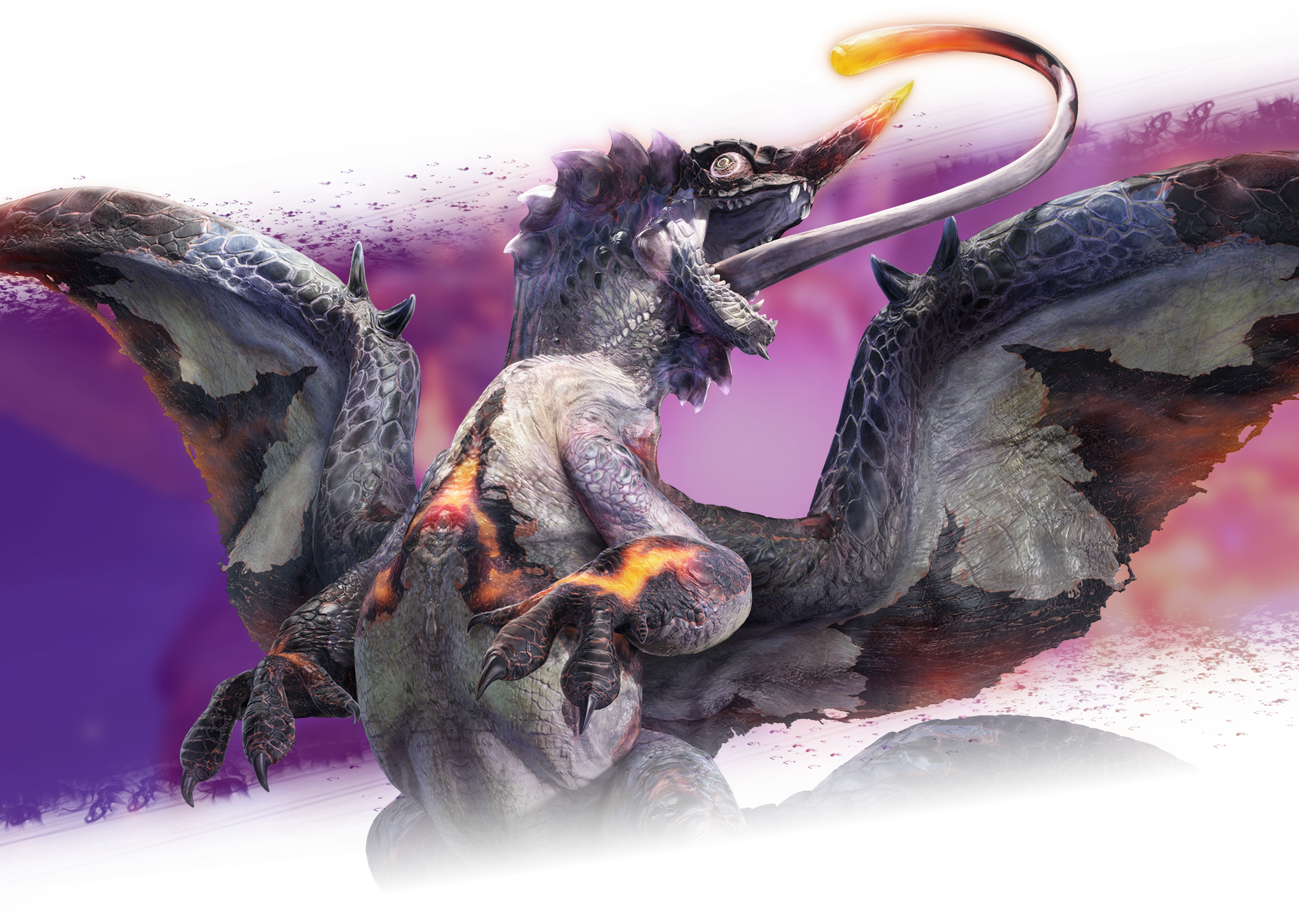 Risen Chameleos are elder dragons that have found a way to overcome their affliction. By suppressing the Qurio virus, they have gained great strength and new abilities. They now boast superior poison and physicality, sending you off into a toxic nightmare if you lose sight of them. 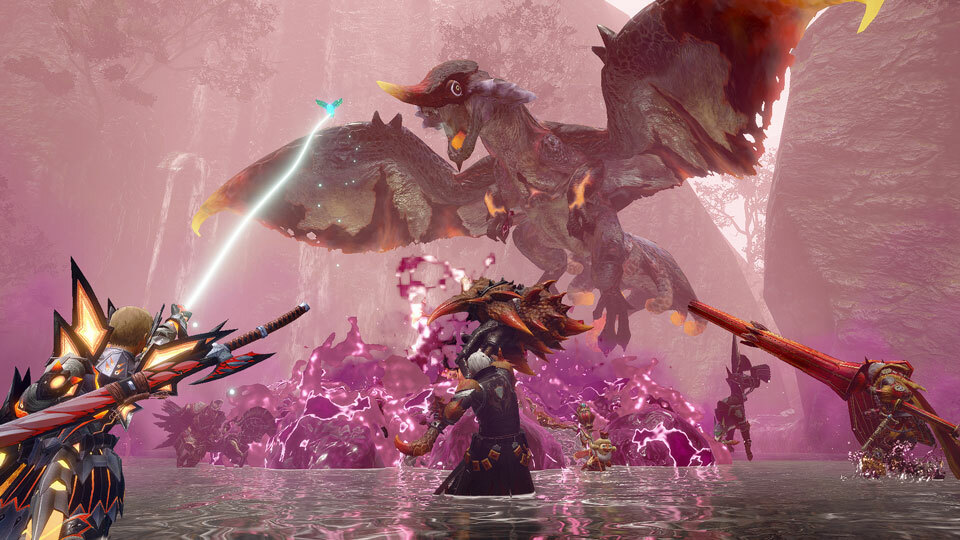 Risen Elder Dragons Elder dragons that have fully overcome the affliction caused by the Anomaly, creating a symbiotic relationship with the Qurio.
Their "risen" state poses an even greater danger than when they were still under the influence of the affliction.

Almost all weapons up to Free Title Update 2 (Ver.12) can be used as layered weapons!
Pick you favorite weapon design to spice up your hunting life!


Layered weapon designs are available as paid DLC as well! 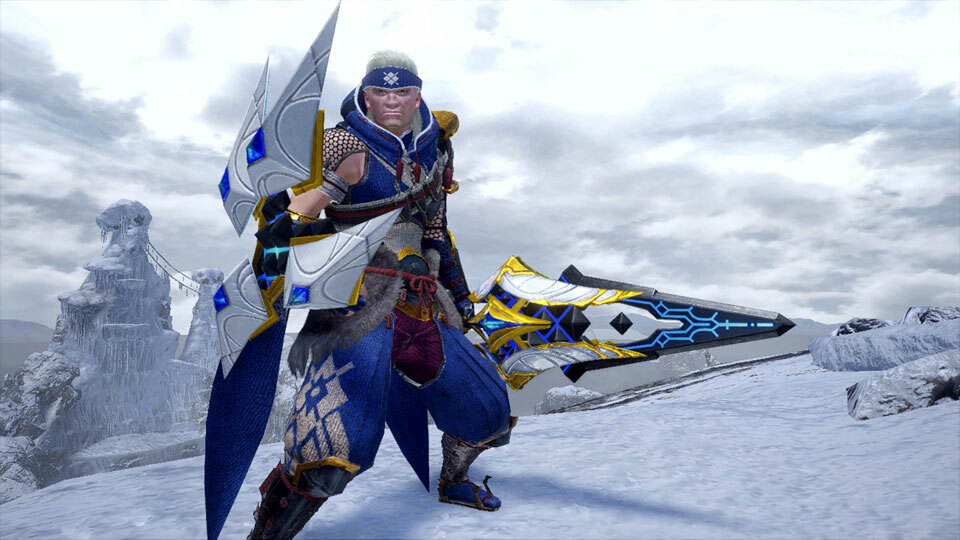 A variety of DLC has been added, including the "Lost Code" layered weapon series (all 14 weapon types)! 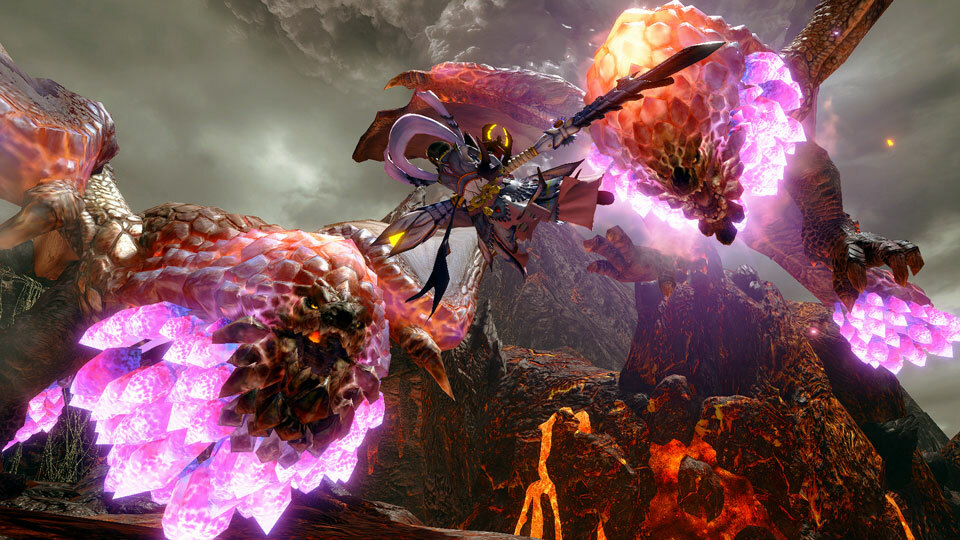 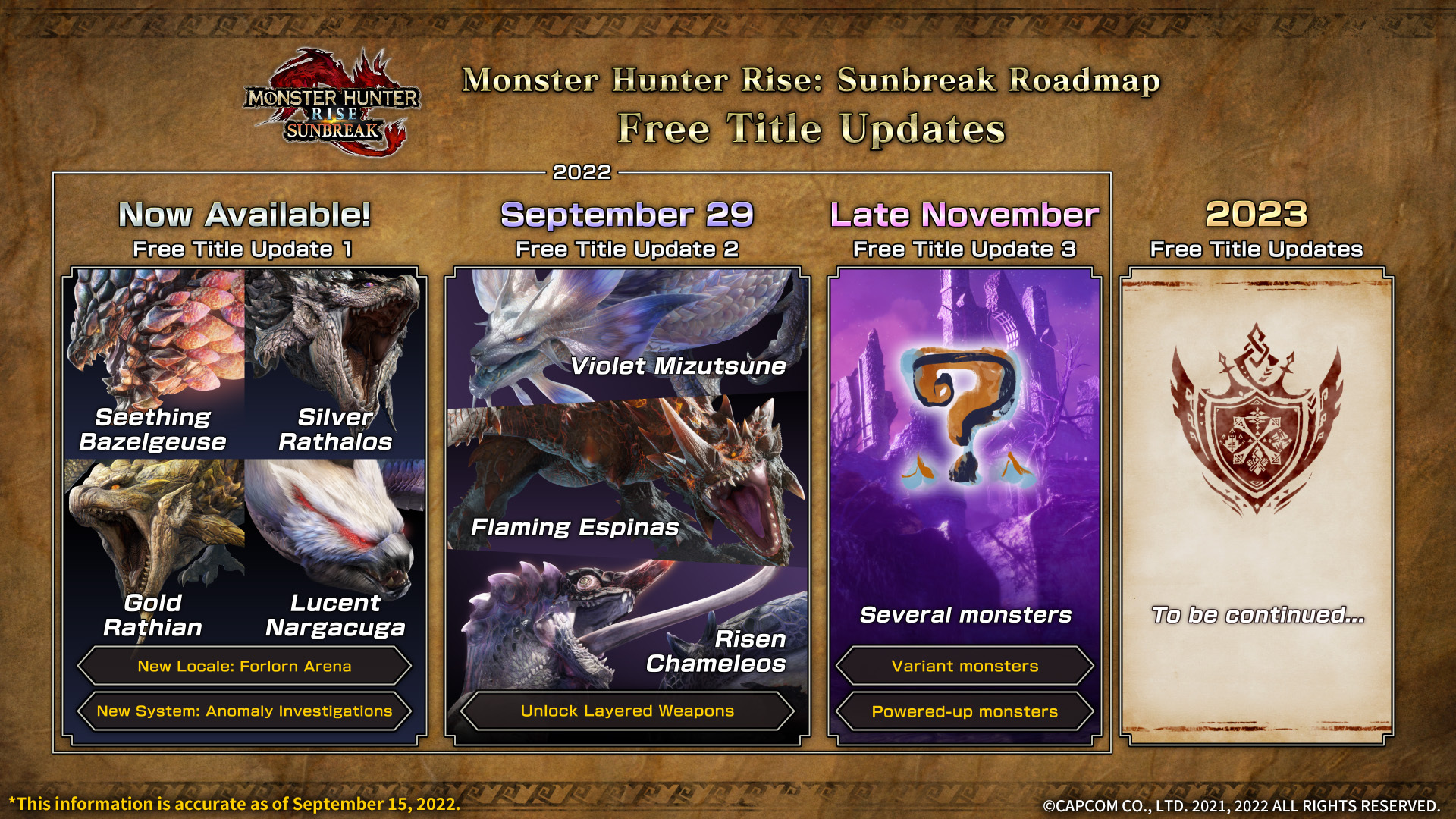 10 days ago - /u/ - Direct link
A lil somethin somethin: You can find the details for this event on the announcement page here.
← More from Monster Hunter: Rise