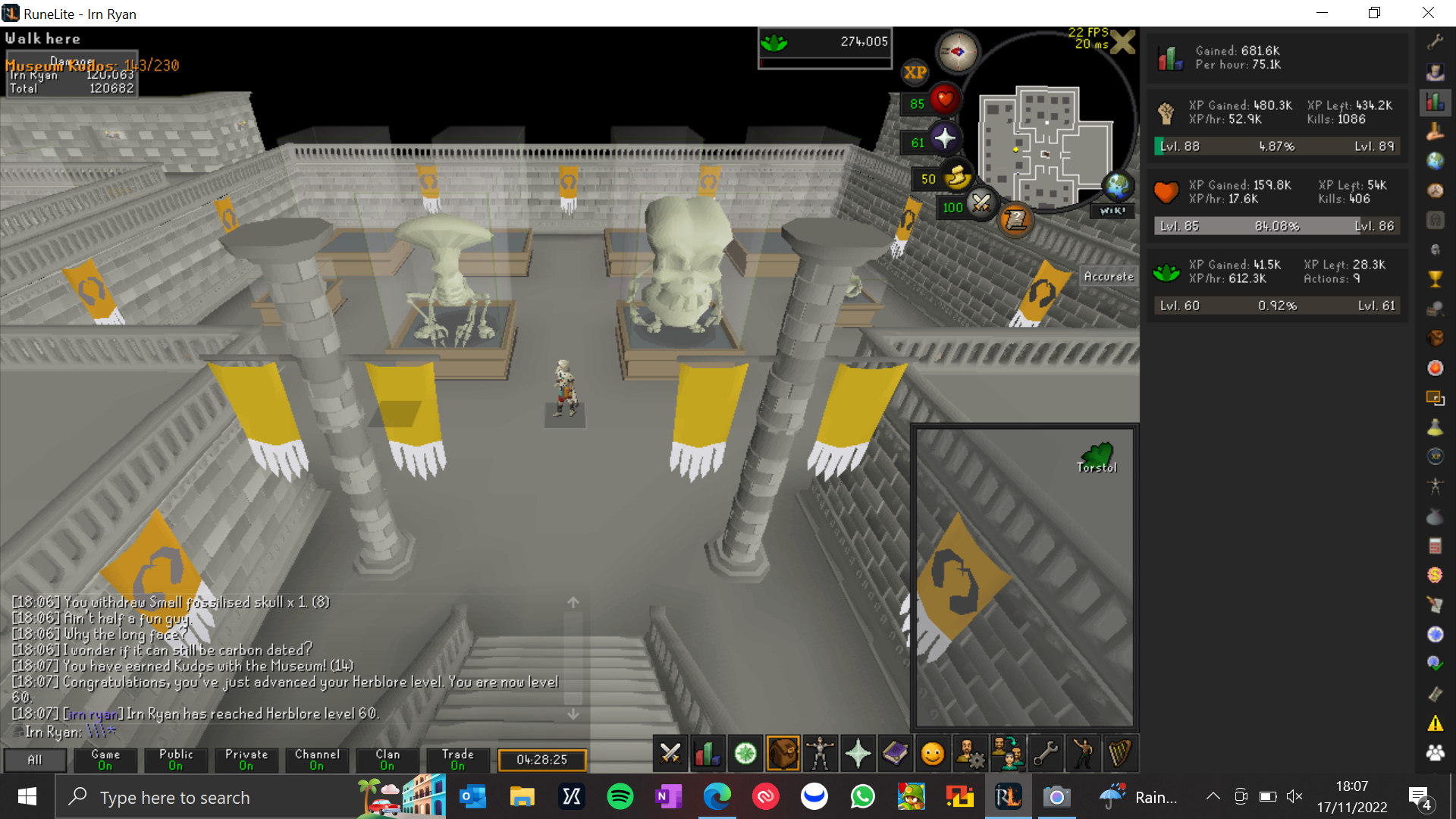 I'm pretty sure I remember Ash talking on-stream about the initial plan for Rare fossils being a customisable boss that you'd assemble in the Varrock museum that would come to life and be fought (it might have been a skilling boss where you could vary which skills were needed etc.?)

Either way I think something like this is really cool, for sure sounds like something neat to keep in the back pocket! I'd say though that a quest requiring the full fossil completion might feel like a bit of a stretch as a pre-requisite? Maybe a museum-themed quest with a post-quest miniquest (have I said 'quest' enough times...?)