In this month’s devlog we’ll be taking a look at what we’ve been working on, what the community’s been up to and the response to our latest release! 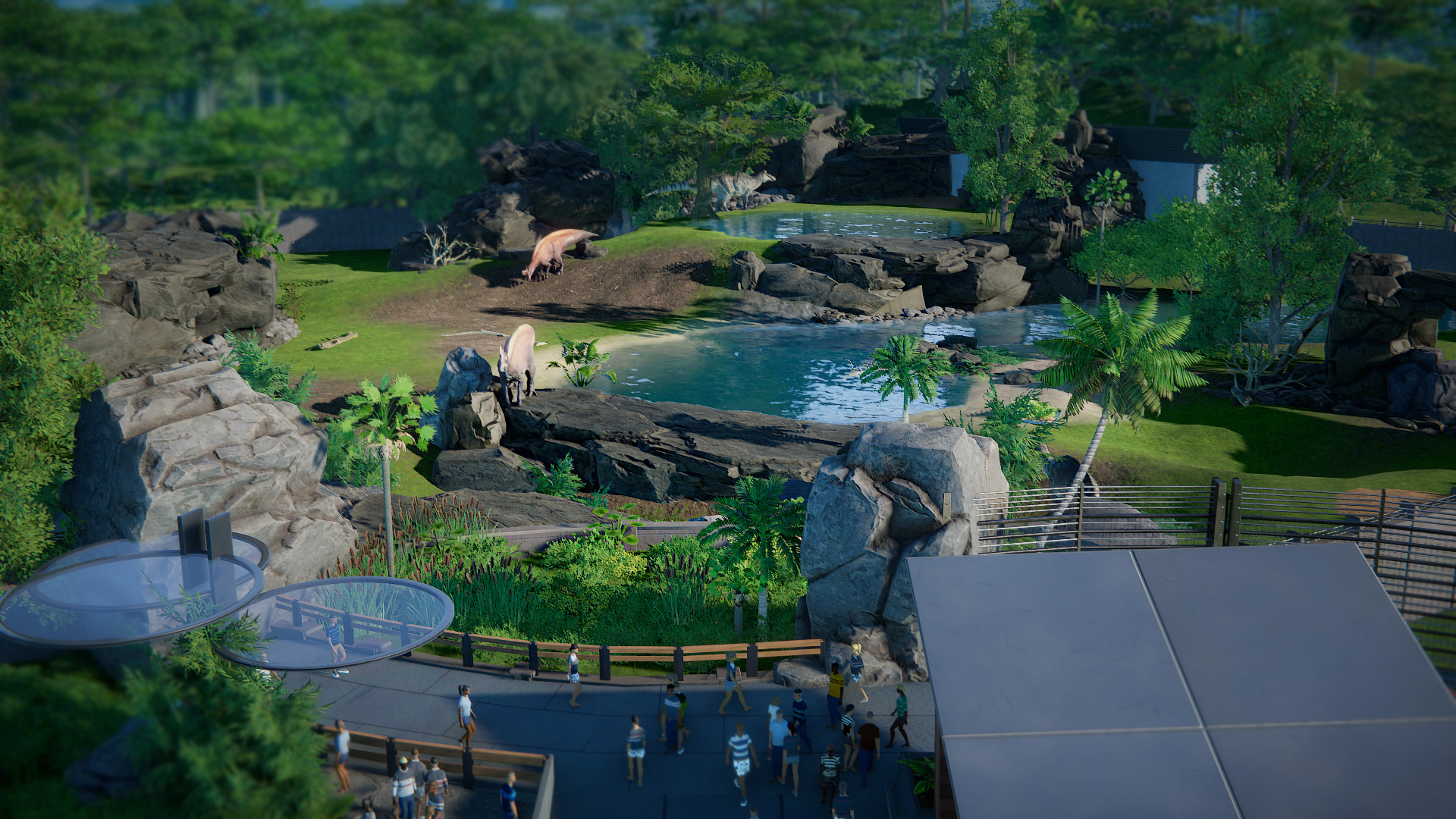 To start, we want to thank everyone who has participated in the alpha (roughly 1,300 people). You’re all building some amazing stuff and the team is extremely happy to hear the excitement in the community.

Detailed in our last livestream, there’s a number of additions and improvements we’re working on for the alpha. Since then, the team’s decided to reschedule the addition of the Viewing Platform and building state icons for beta so that we can properly introduce their mechanics at a more appropriate time. Overall, we’re expecting support for alpha to come to an end in early April, though this may be extended if major issues arise. 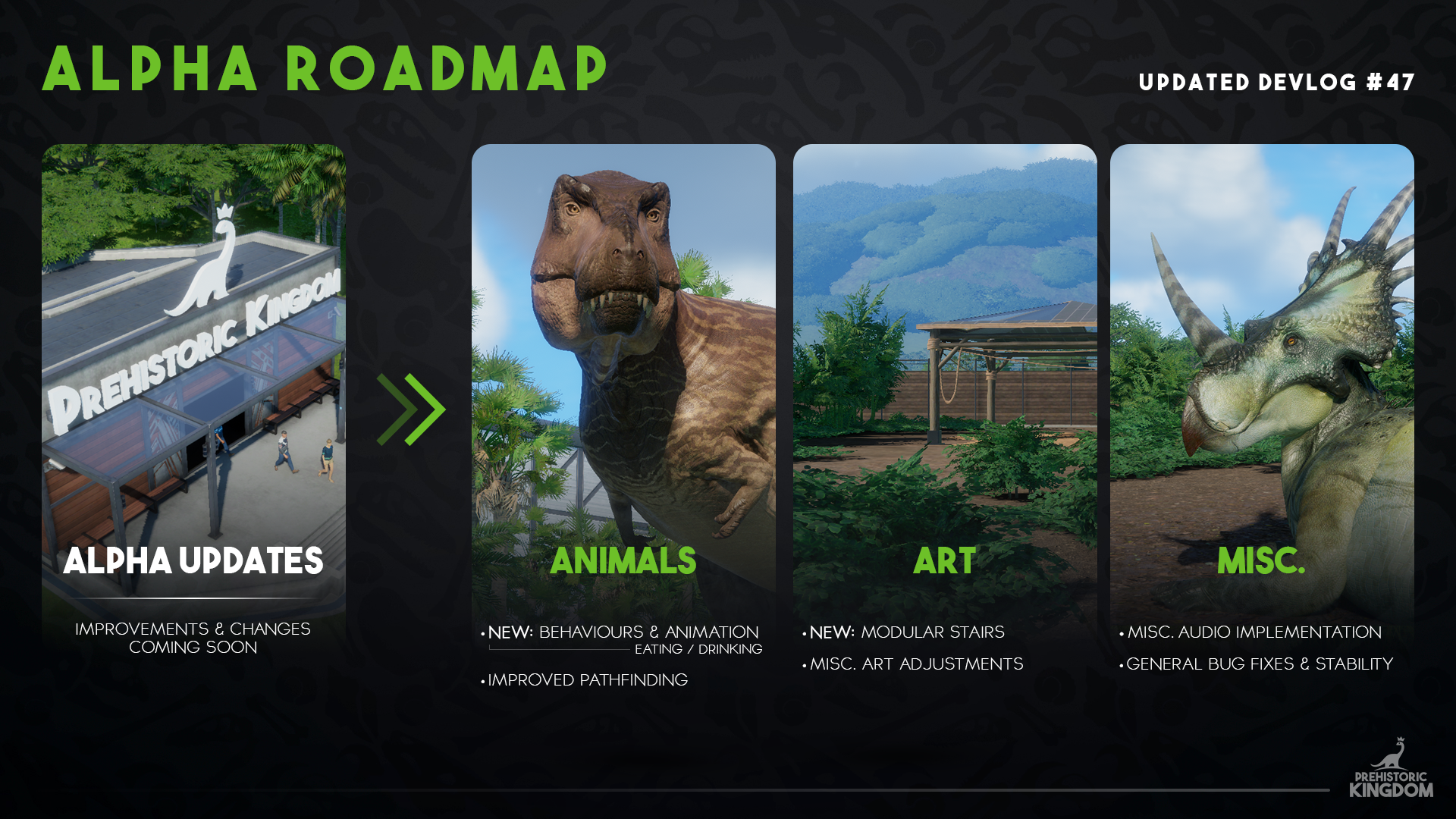 On a more musical note (pun intended), our composer and sound designer Byron began writing and planning out the new soundtrack earlier in March. This time around we’re aiming to create a very dynamic score, one that’s adaptive and built around a layered music system. We’ve learned a lot about modern audio implementation over the last year, and we really wanted to do the potential of this game’s music justice.

Though a lot of the original melodies and motifs will carry over in some form or another, we hope you look forward to hearing some fresh work in the upcoming beta. 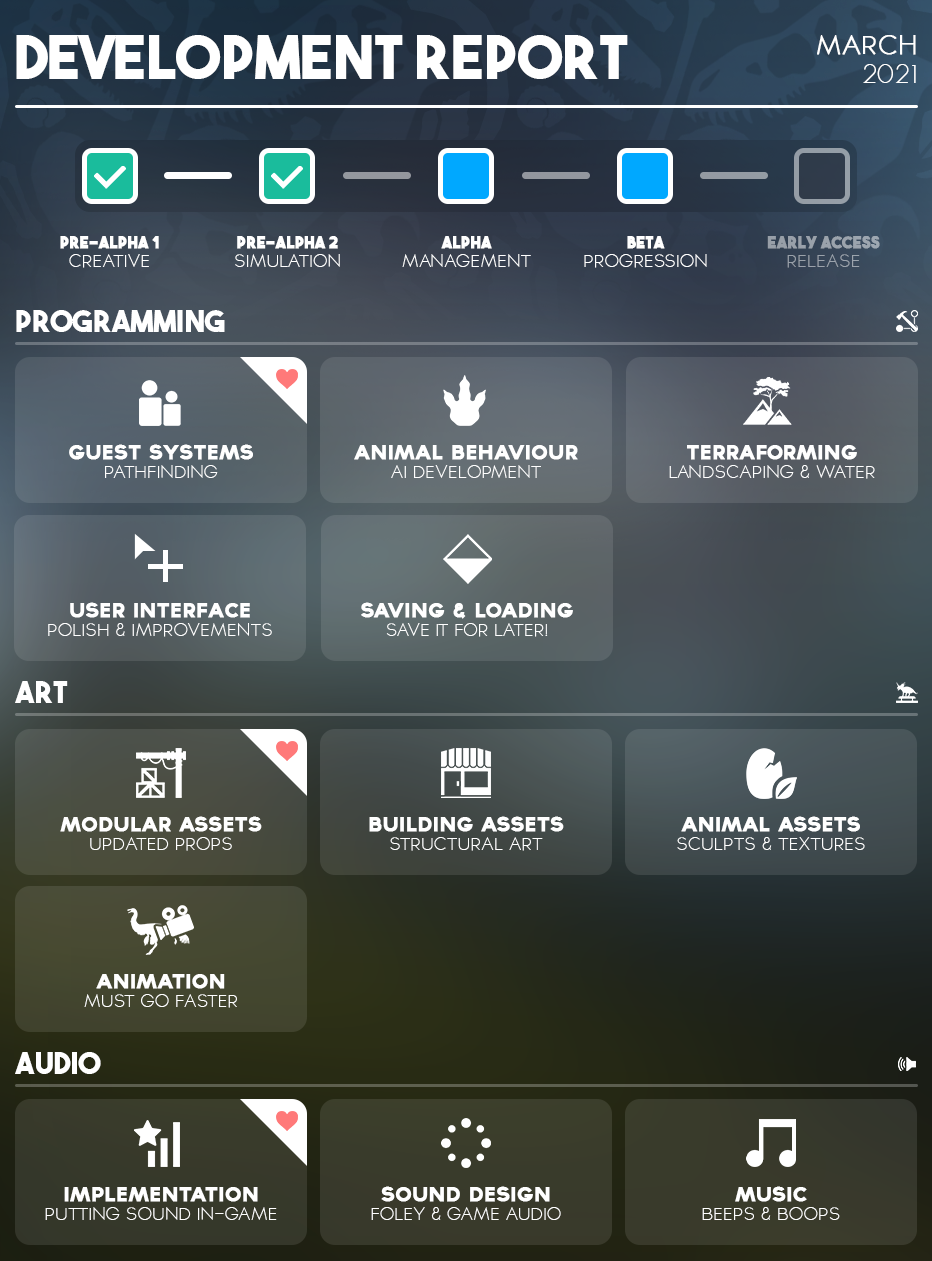 Guests: Modular Pathfinding As you may have already seen in alpha footage, our visitors are able to fully navigate in, on and around modular structures. This is a real game changer, as it means that guests do not solely rely on paths to get around your park.

Naturally, this also allows users to build custom bridges without the need for elevated paths! If there’s a navigable area between a guest and their destination, they’ll use it. 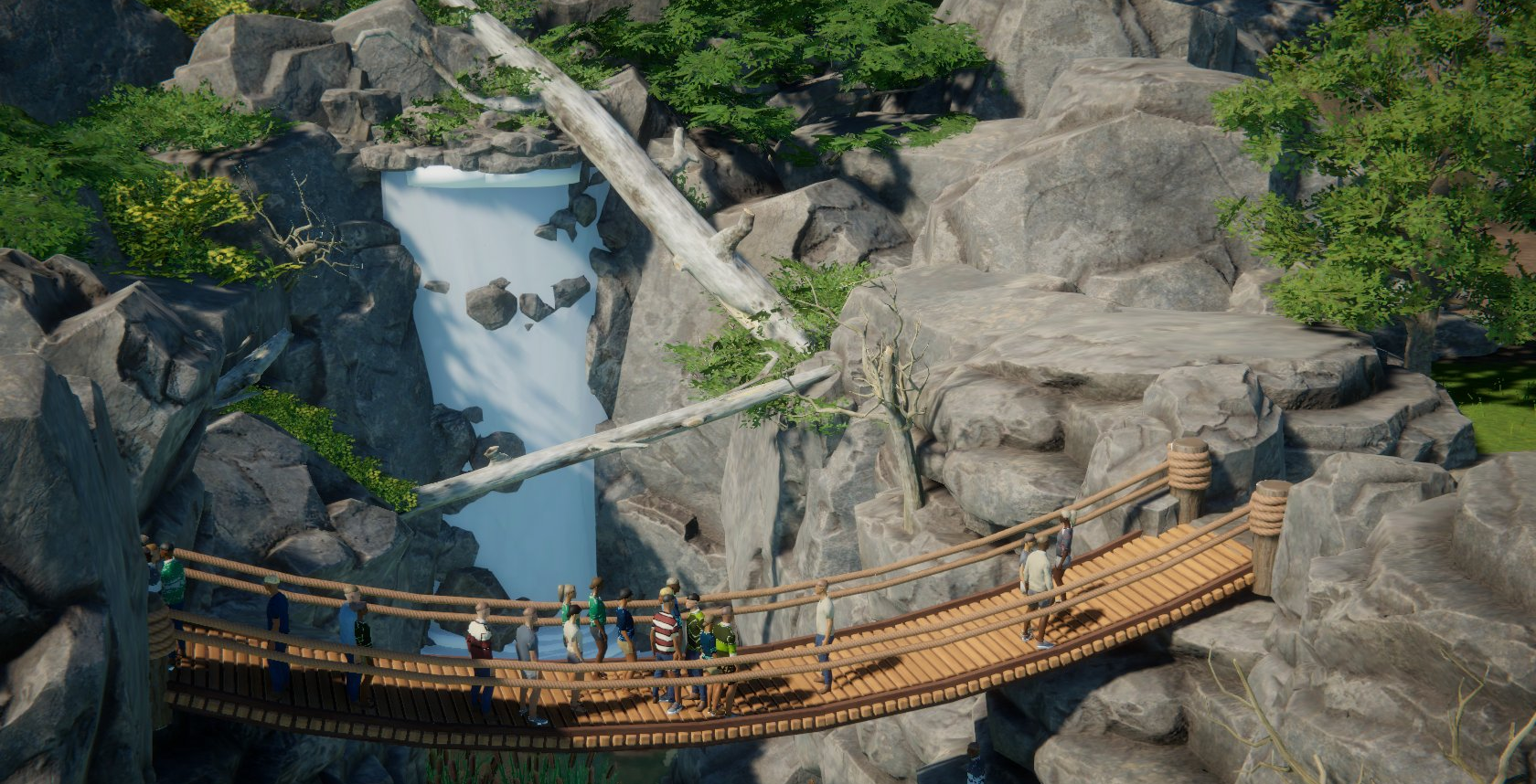 This functionality extends to guest pathfinding in general, allowing them to walk along building foundations as if a path were underneath them.

Pathfinding is something that will be continually tweaked over time, and we already have a bunch of ideas on how to improve it. It’s got huge potential and we can’t wait to make it the best we can.

UI: Improvements & Changes Thanks to great feedback from our lovely alpha players, we’ve started working on some tweaks and updates to our user interface. Please note that these changes will not be available until beta. 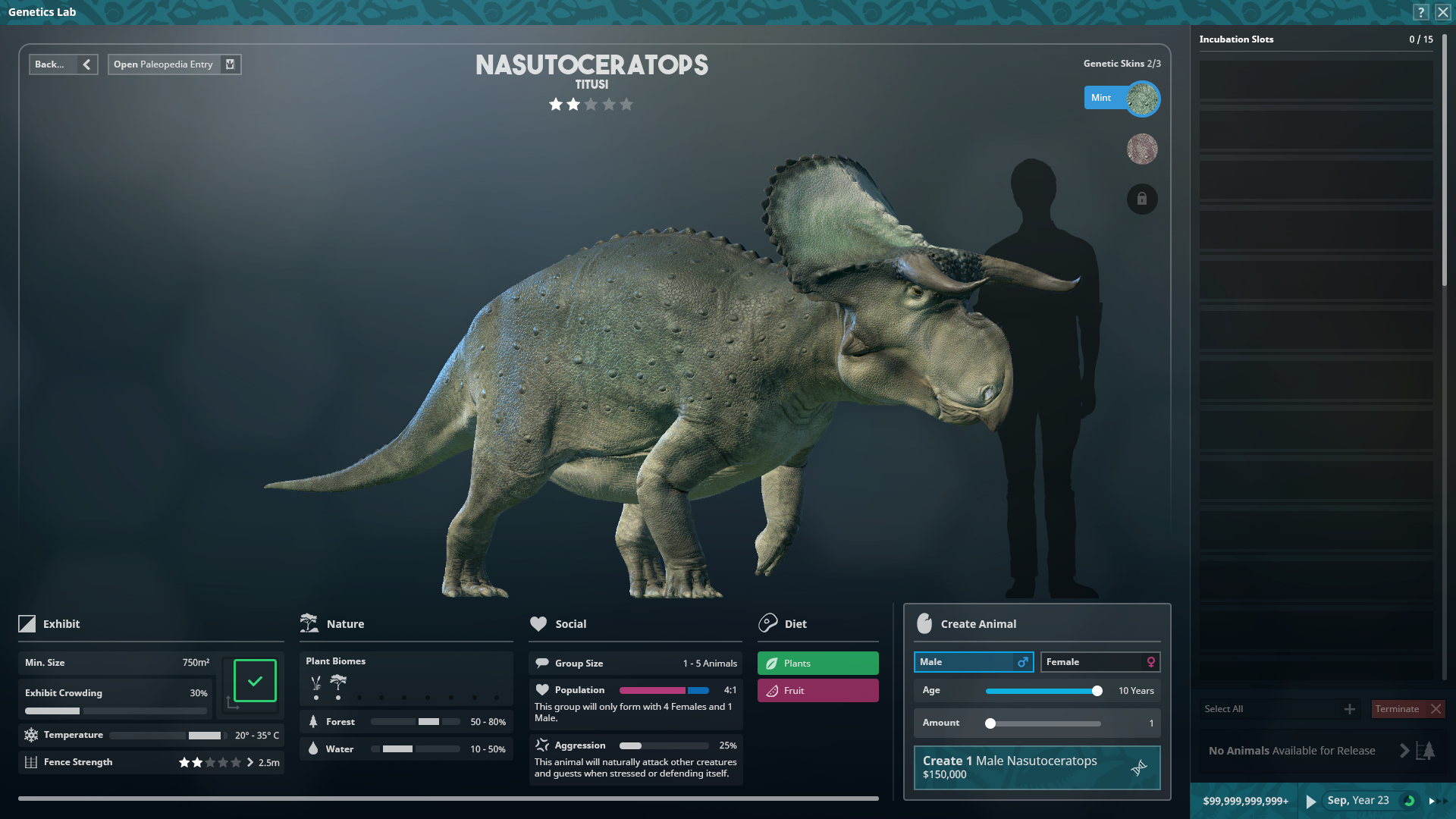 For the Nursery, we noted that some players struggled to find the animal creation box. With these adjustments, we hope to make that area more digestable as the “main” workspace. Some more miscellaneous enhancements were made too, tweaks like centralizing the animal’s name and various balances to the overall piece.

When it comes to construction, however, there were a few things that we needed to communicate better:
For the toolbox in general, we’ll be splitting it into two components for centralized access: settings, and customization. What appears in the respective windows will be context sensitive, dependant on what’s currently ready for placement or what’s selected in the world. 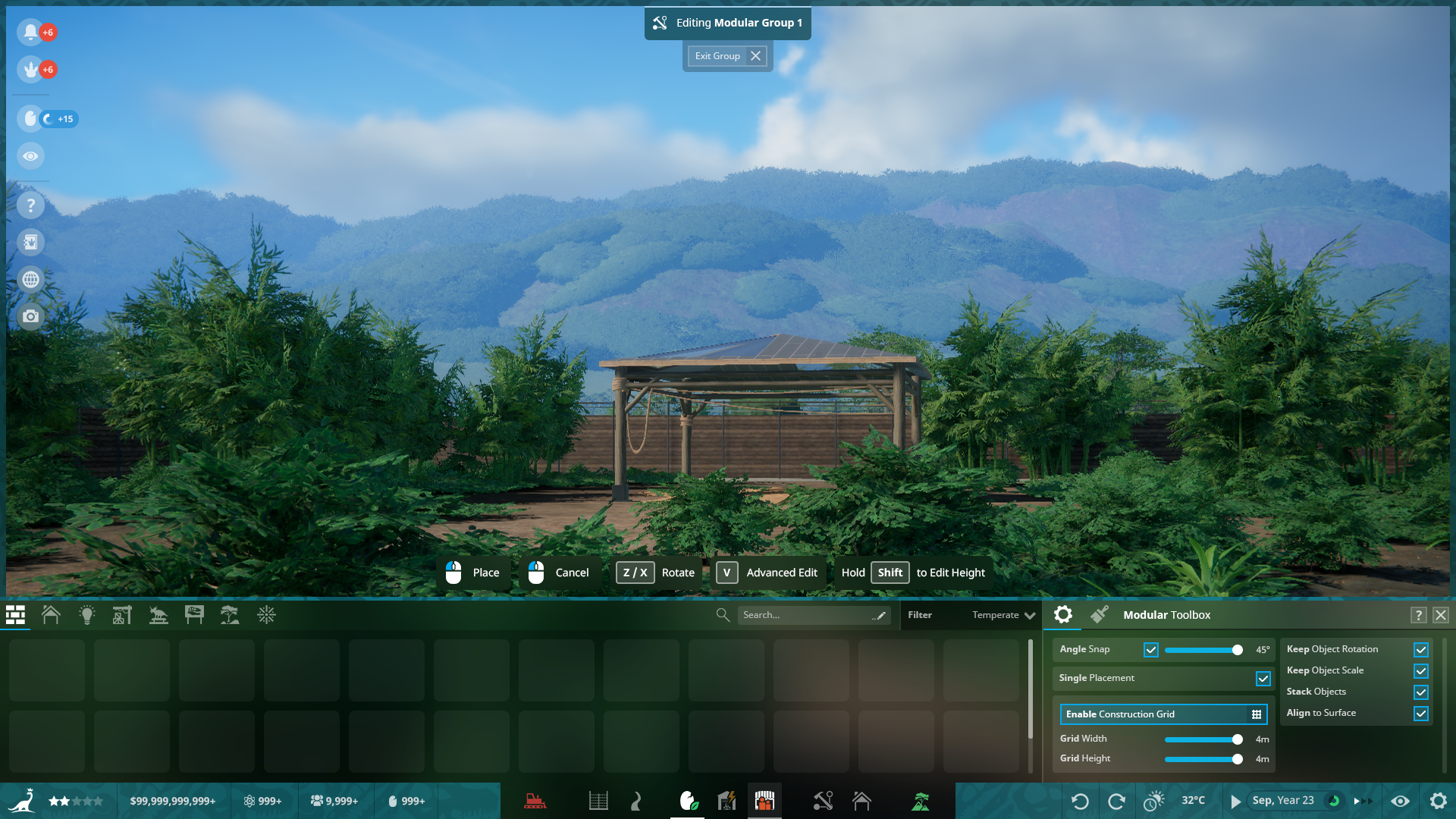 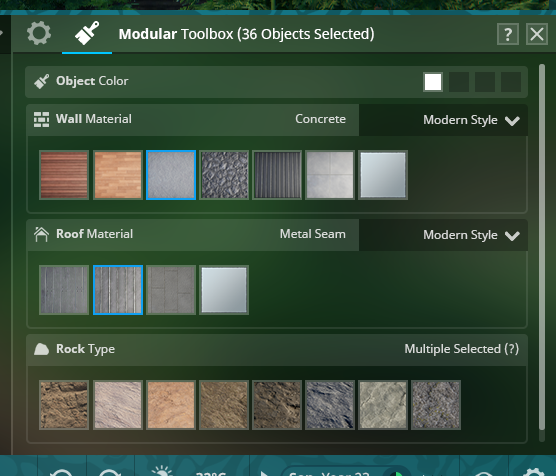 This change will give players the ability to select multiple items in a group and change the textures of walls, roofs and rocks at the same time, something that isn’t allowed in the current UI.

Remember though, this is context senstive! If a roof piece is selected, only the Roof Material panel will appear for customization. What does or doesn’t show is entirely based on what you’re doing.

Building State Icons To help with general usability, building state icons will be added during beta to better display what’s needed from the player at a moment’s notice. These remain a consistent size on screen, but scale down over distance.

We should note that these are reserved for things that require your attention or that are time-sensitive, we don’t want to overwhelm the player with non-critical information. Passive things like incubation timers are in a friendly bubble, and bad things are in red-black hexagons.

Animal Showcase It’s big, it’s bold and it honks! Meet our redesigned Lambeosaurus, a surprise change that wasn’t properly unveiled until alpha’s launch. This animal has quickly become a favourite amongst alpha players with its unique calls and vibrant skin variation. 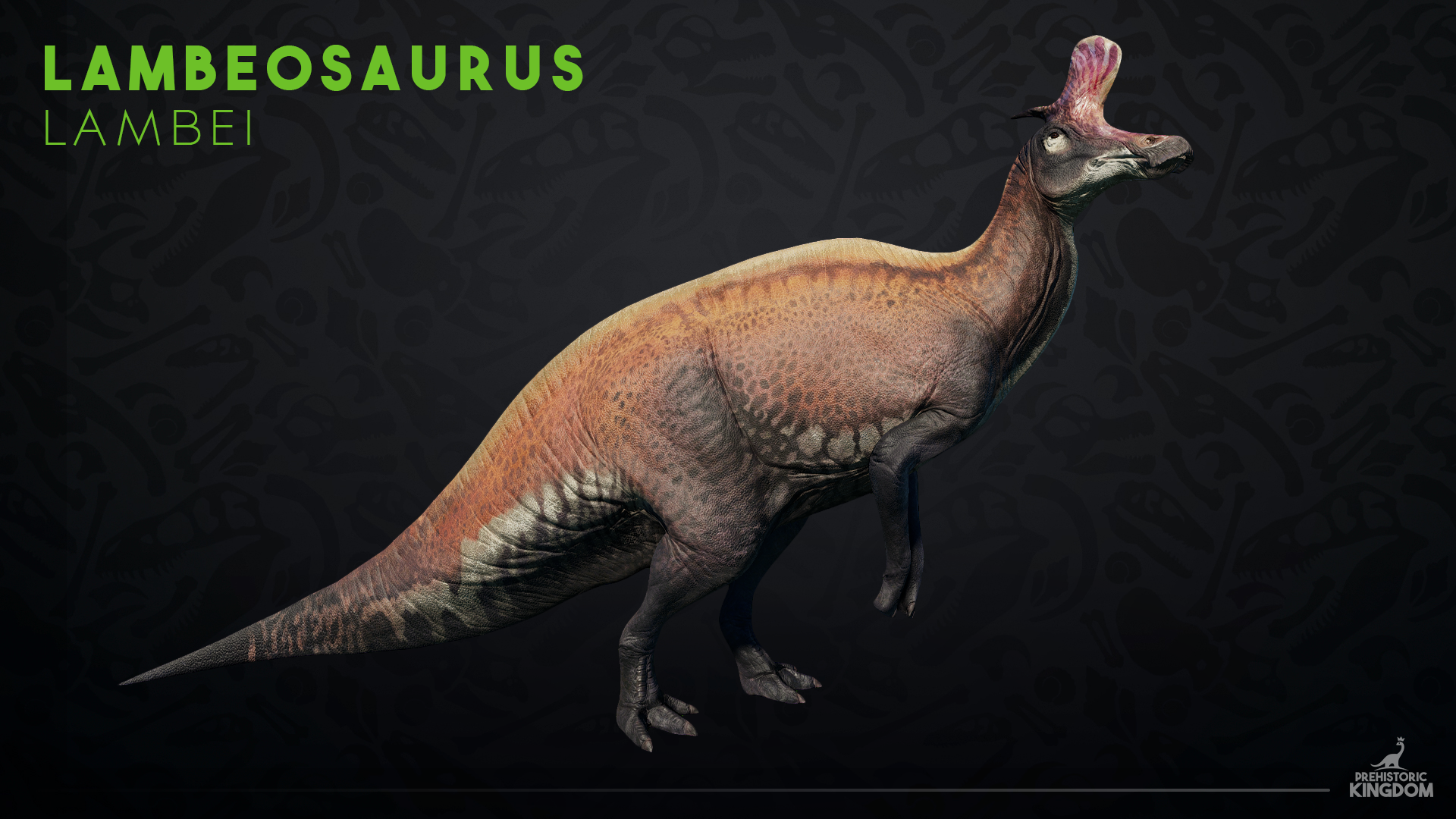 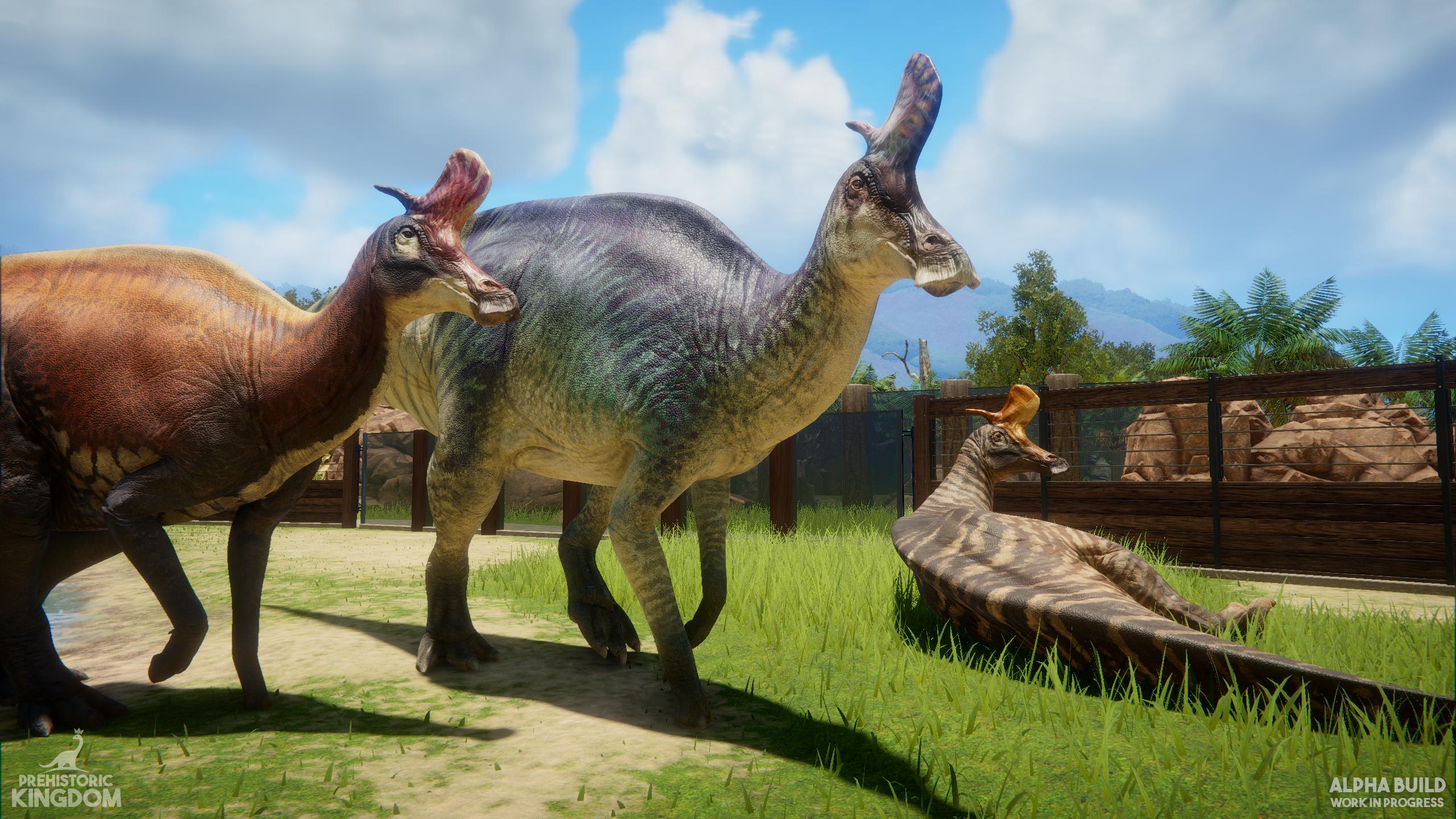 Apart from a bunch of lovely new designs, we tweaked a number of key features like its facial anatomy and of course, the new giant tail! This one’s for you, Big Paul.

In case you haven’t seen any gameplay from the alpha, there have been loads of fantastic content creators covering it in extreme detail. Though we sadly can’t showcase everybody, these are some great starting points! 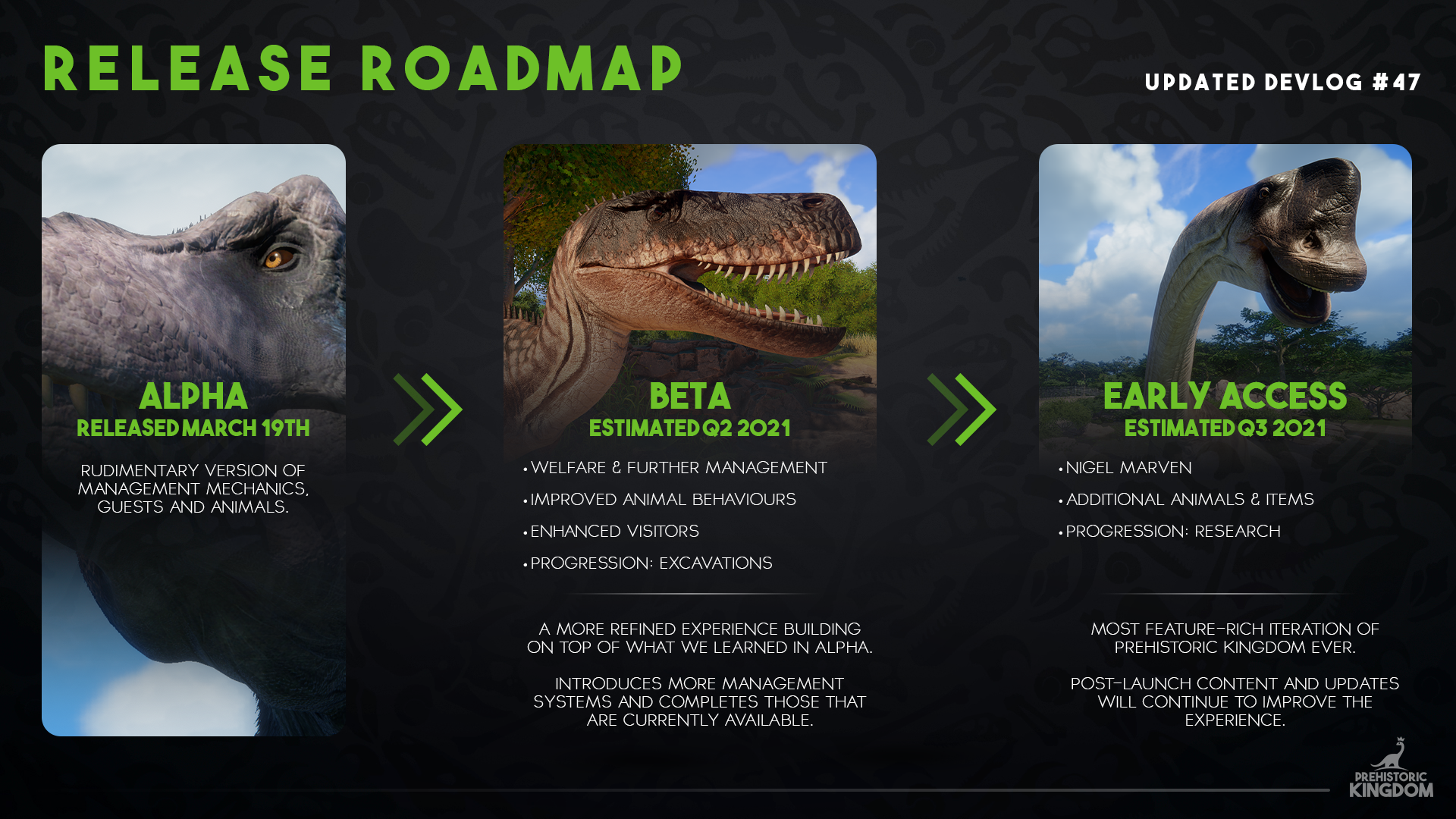 Looking at our release roadmap, this is where the game is headed in 2021.

It’s very important to note that these are estimated dates as we are taking community feedback into account during both alpha and beta. We want to release a stable product for Early Access and we will take the time necessary to do so if it ensures a more premium experience.

Our next milestone, beta, will be introducing a bunch of improvements, new features and animals on top of the six available in alpha. This is very exciting for us, as with every major release our project feels more and more like a game.

Some mechanics that were closely tied to staff (e.g. animal food production) have been pushed back as an update post-EA launch to help ease the development schedule. As always, we’ll be providing insight into what’s changing or what’s being added in future devlogs. 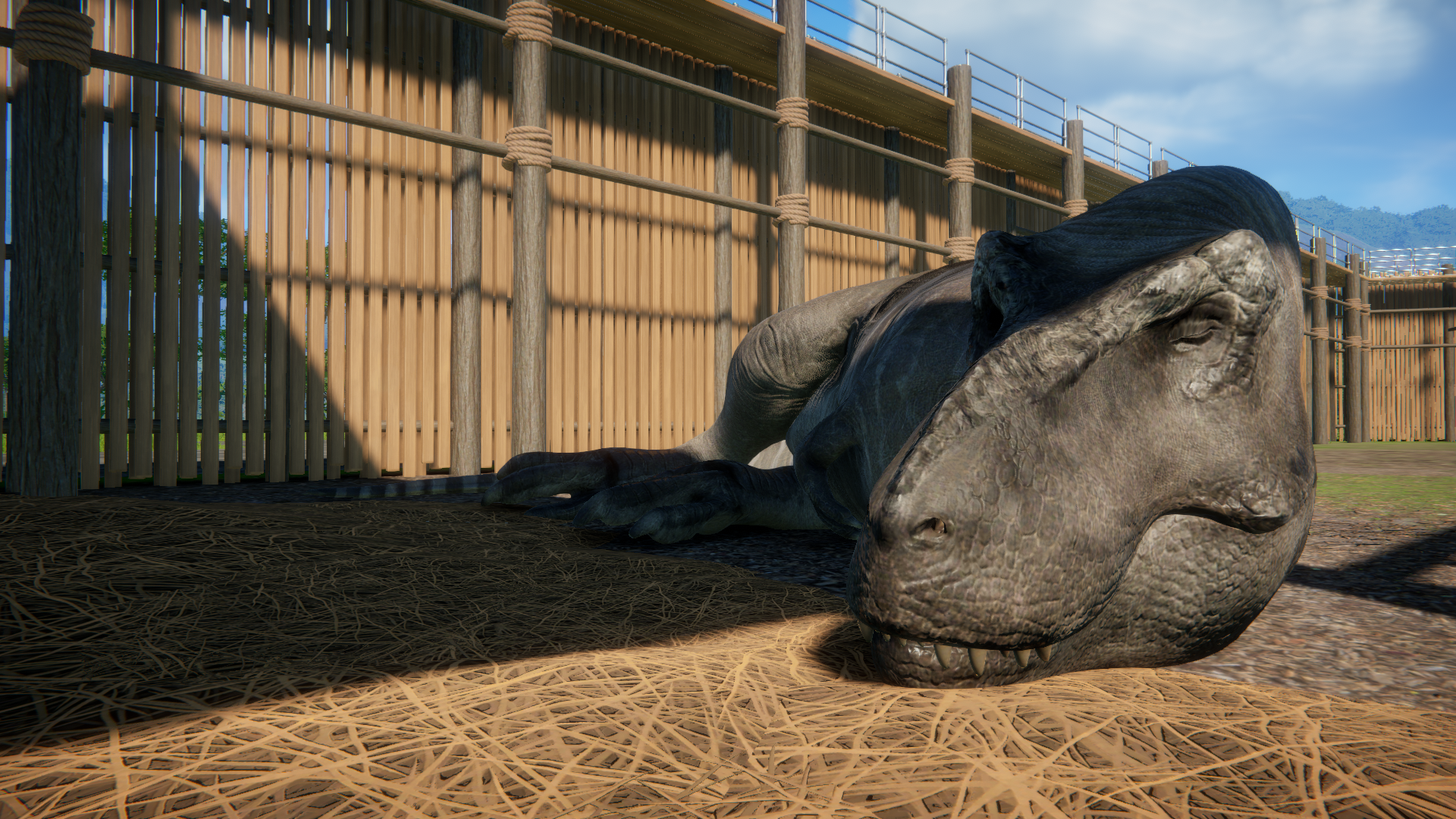 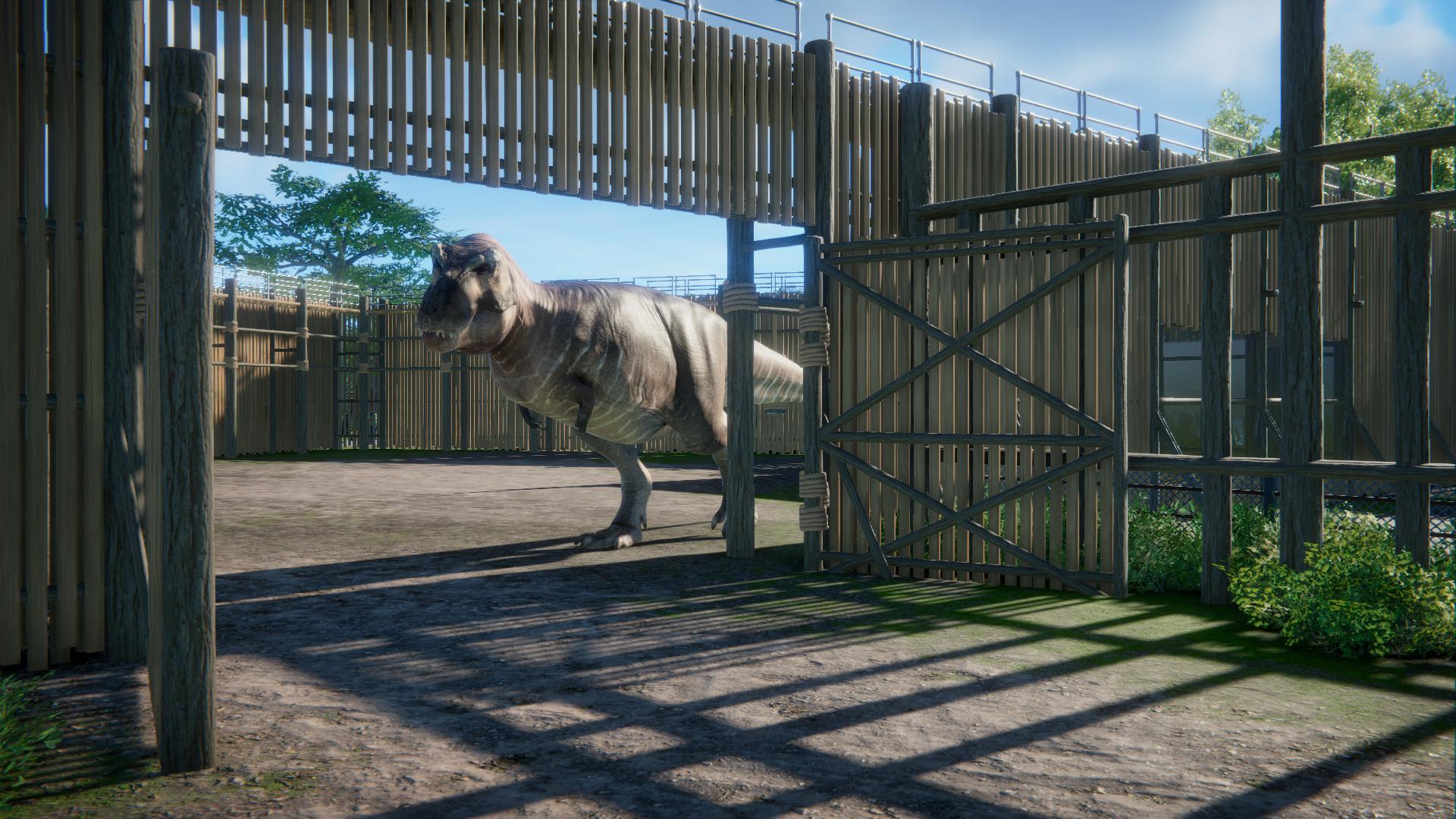 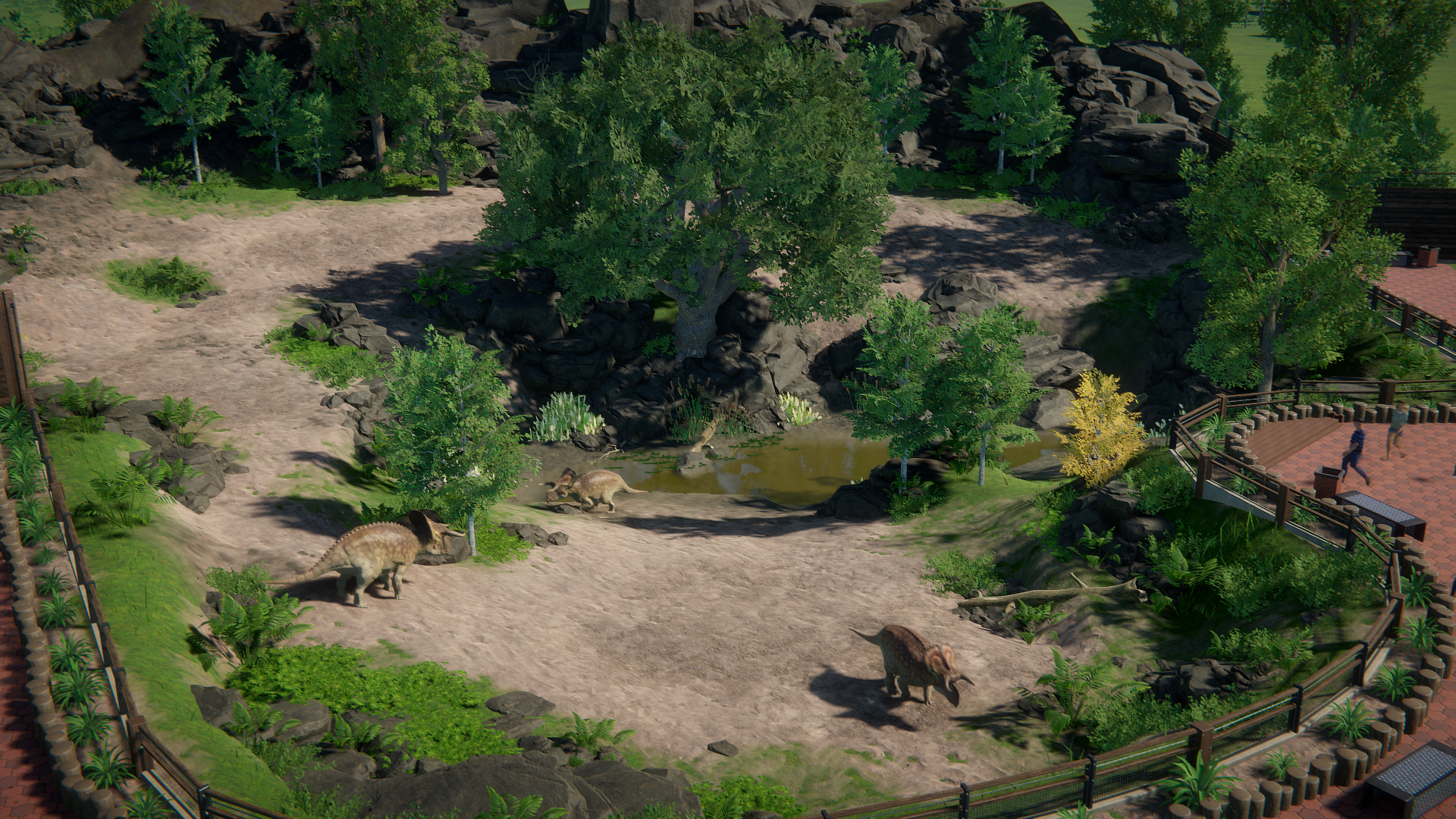 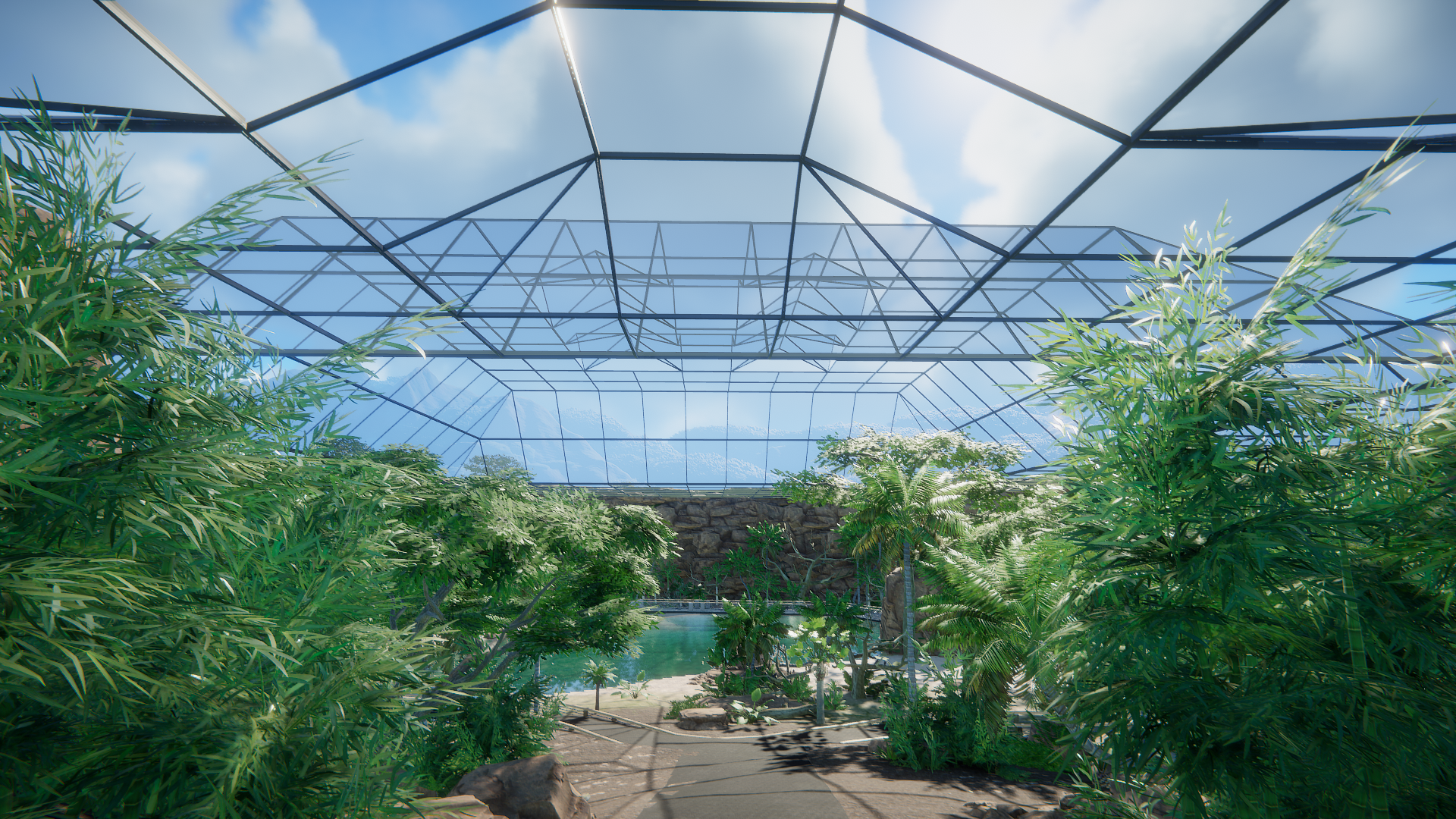 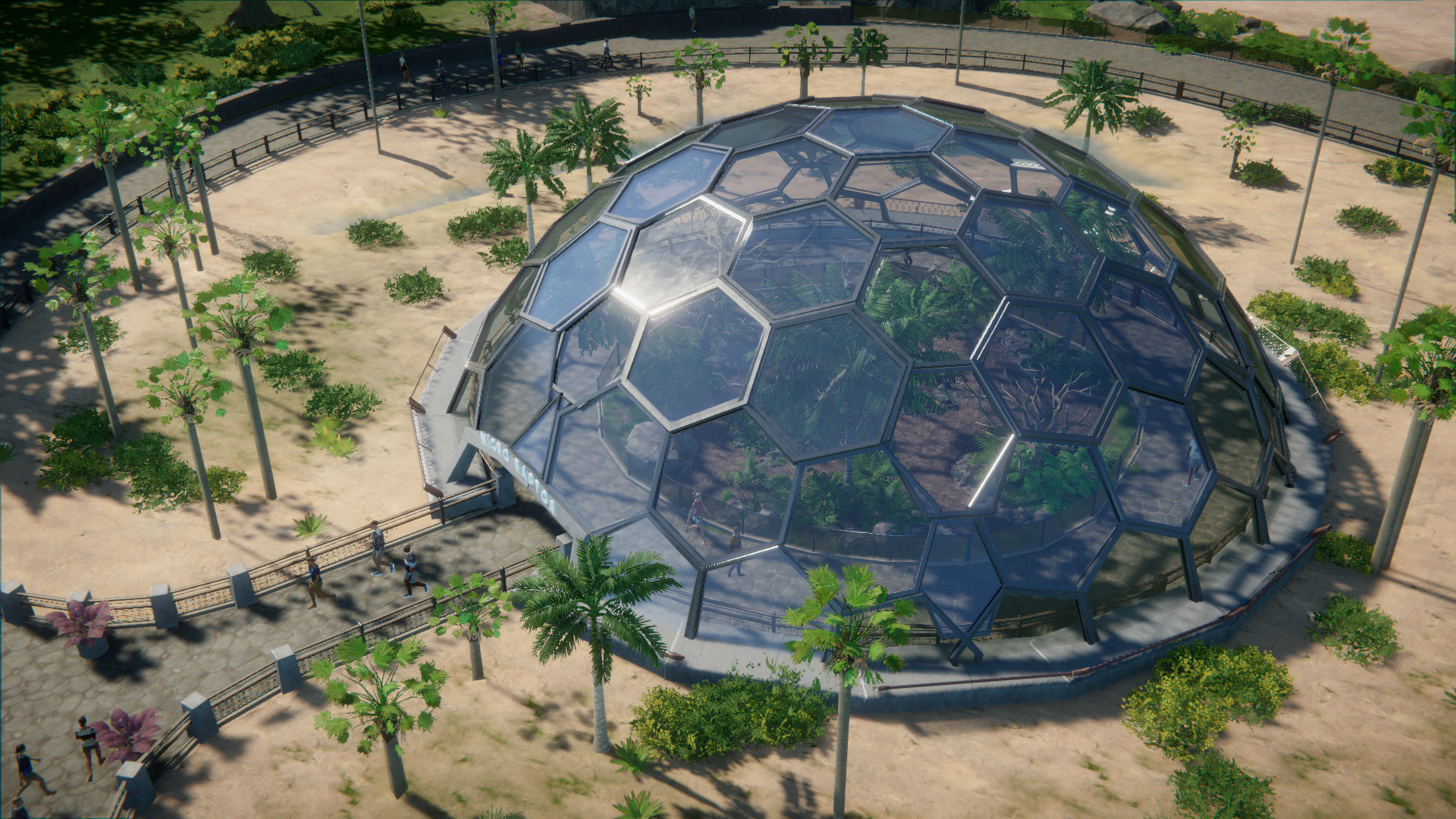 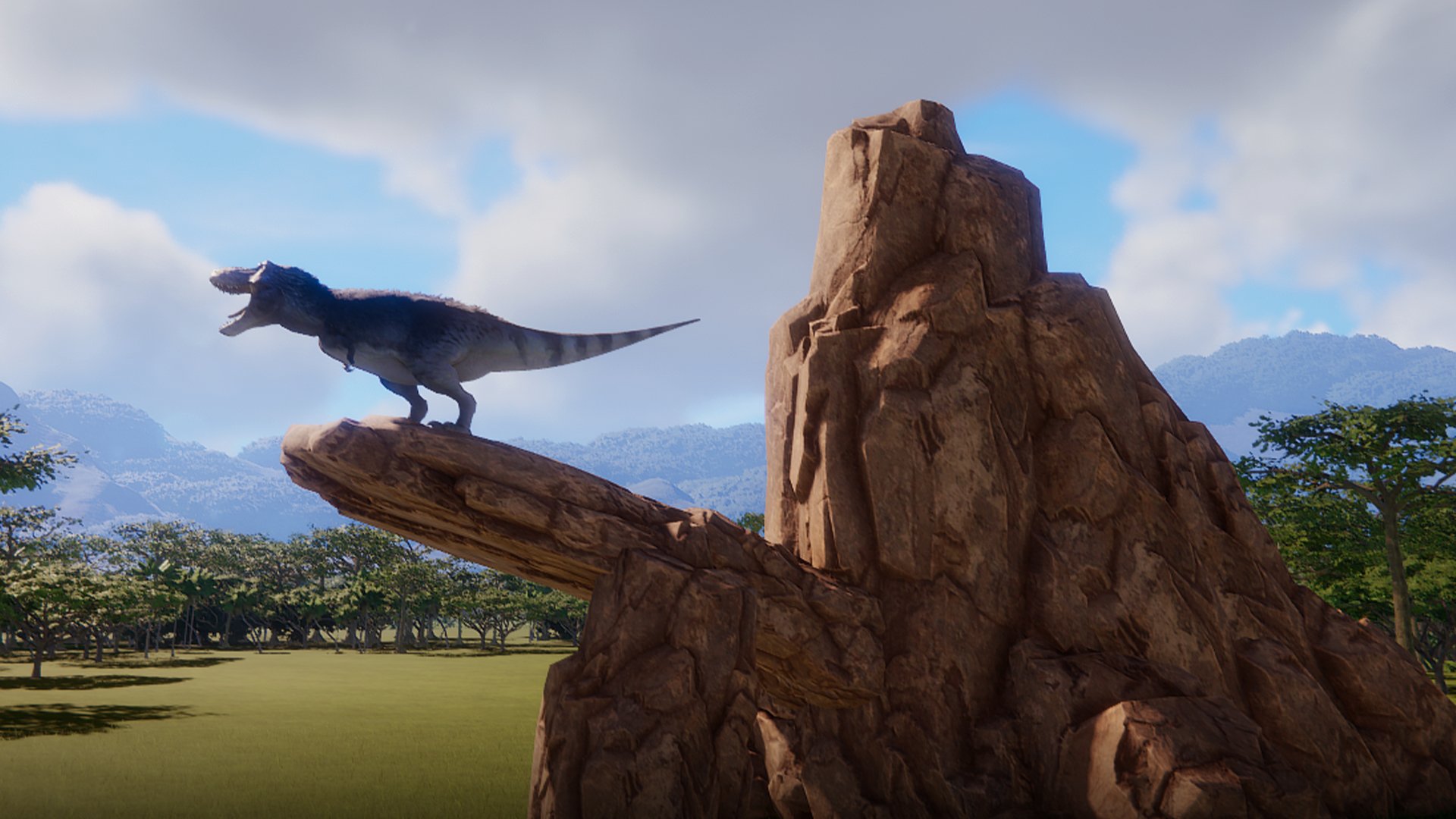 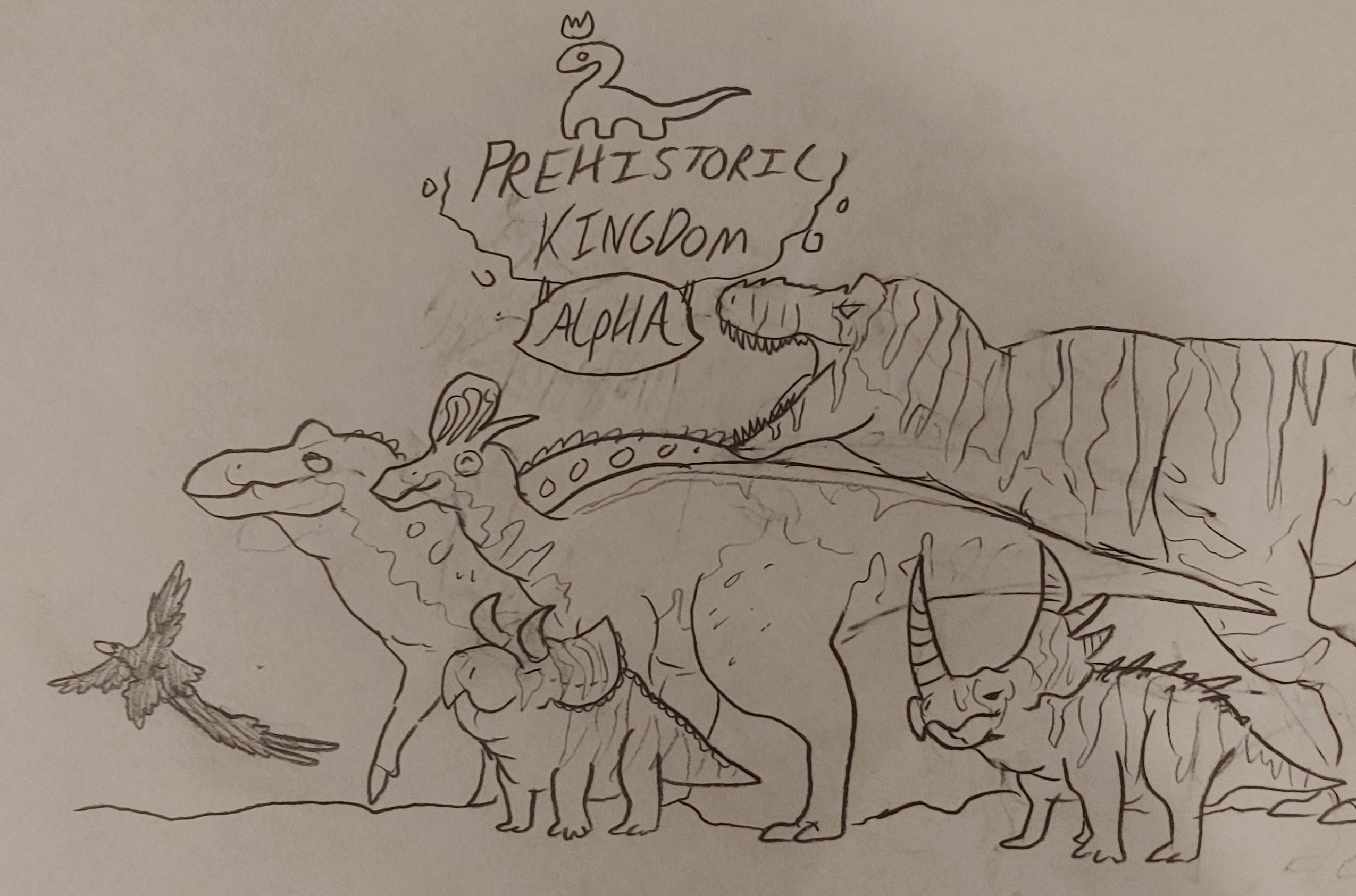 Thank you for reading March’s devlog!

Alpha’s been brilliant so far, and the team is hard at working on some new hotfixes and patches that’ll be out very soon. Once again, thanks so much to all of our supporters - whether you’ve been with us for years or days, we’re happy you’re here.


r/pkgame
r/pkgame: Official subreddit for the game Prehistoric Kingdom! Take control of limitless power to build, manage and grow the ultimate zoo for …


Prehistoric Kingdom
Sign up for the latest news on Prehistoric Kingdom. Create your own extraordinary zoo with some of history’s greatest extinct creatures. Join to receive exclusive rewards and giveaways from the Crytivo Club.