15 days ago - /u/ - Direct link
A lil somethin somethin: You can find the details for this event on the announcement page here.
15 days ago - Errn - Direct link
TWITCH DROPS[rust.facepunch.com]
Charitable Rust[www.charitablerust.com] is in just a few days! 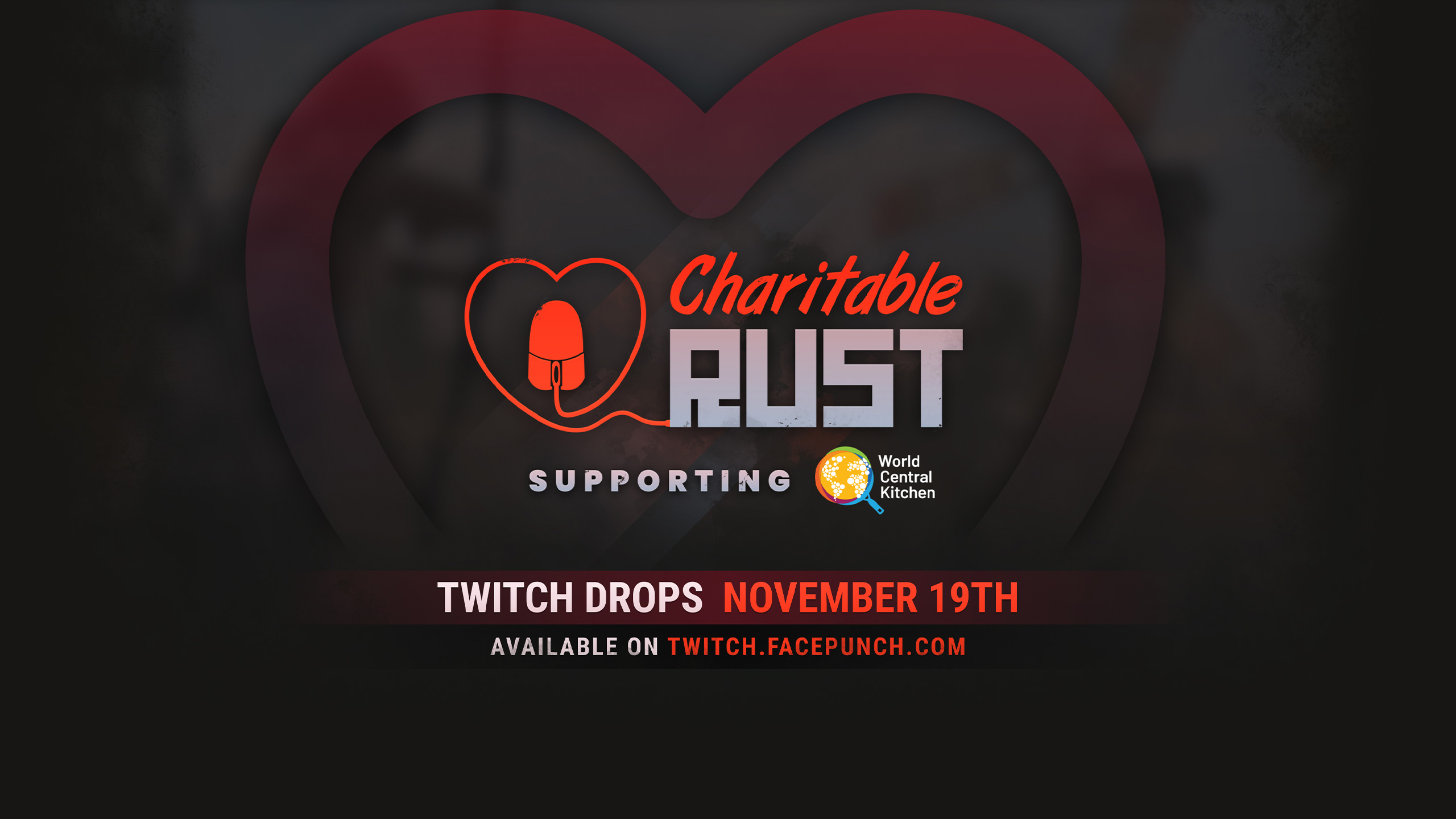 November 19th-21st There will be 48 hours of exclusive drops on the Rustafied[www.twitch.tv] channel along with all of the creator/special guest channels participating in the event.

November 19th-26th The generic drops can be obtained from any channel streaming Rust[www.twitch.tv] that has drops enabled. These drops go for the entire week!

Don't forget to get your accounts synced at https://twitch.facepunch.com/ to ensure you can claim your drops!

We will have an array of Charity skins on the item store for sale as well, starting Thursday the 17th. These will be account-bound (cannot trade or sell them) as the proceeds from them go to World Central Kitchen[wck.org].


RUST'S BIRTHDAY[rust.facepunch.com]
Rust is going to be celebrating our 9th Birthday on December 11th, 2022! 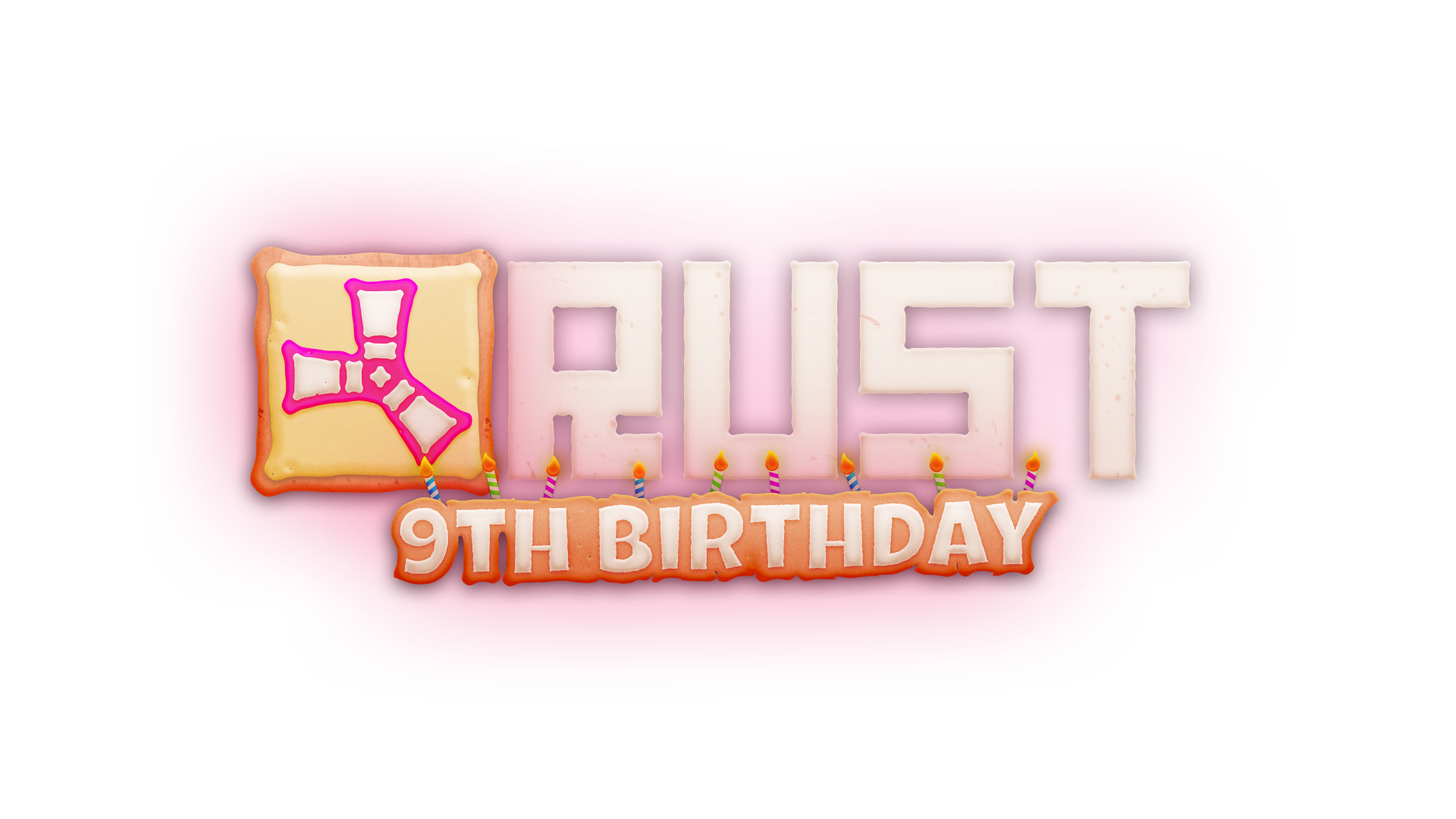 There will be an active server event enabled for the day. You spawn with cake and party hats. Many loot boxes around the map will have balloons on them. Just a little slice of fun in your day of death and destruction :)

Special thanks to our community for your continued support and helping us make it this far!


LIFE SIZE STORAGE BOX[rust.facepunch.com]
Our friend over at Real&Game built us a life-size storage box!

He's made an assortment of other Rust items be sure to check out his other videos!


CRUST?[rust.facepunch.com]
Memeio been living up to his name this month.

I present to you: cRust


CREATOR SPOTLIGHT[rust.facepunch.com]
This month we have your resident building inspector, Dust!

"Yo! My name's Dust, I'm a Rust YouTuber with a focus on base build videos, but also high quality cinematics and full length gameplay movies! My friend convinced me to download Rust in 2018 and I’ve barely seen a blade of grass since. What really hooked me was watching awesome content by Evil Wurst, Blooprint, Tesla, Frost, aloneintokyo and a ton of other insanely talented creators.

I started YouTube pretty recently and things quickly took off. Even though I started as a build channel, there’s been a ton of demand for more movies so I’m working on putting out more action packed wipe content! Stay tuned!

On a real note, my favorite part about this whole journey has been the friendships that I’ve made along the way. Rust is a super unique game where you’ll end up spending hundreds or thousands of hours with people, so you’ll tend to build some really strong and genuine friendships. The creator community in Rust is also super collaborative and filled with some awesome people."

Think one of these guys was in Memeio's cRust video :) 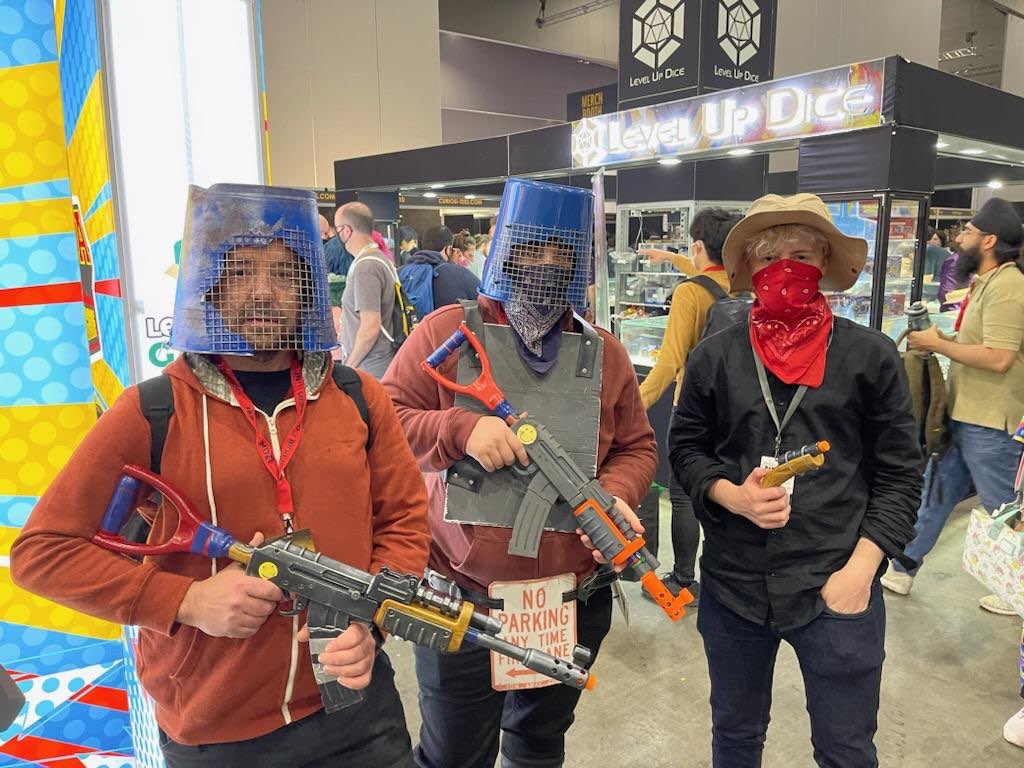 There are professional versions too! 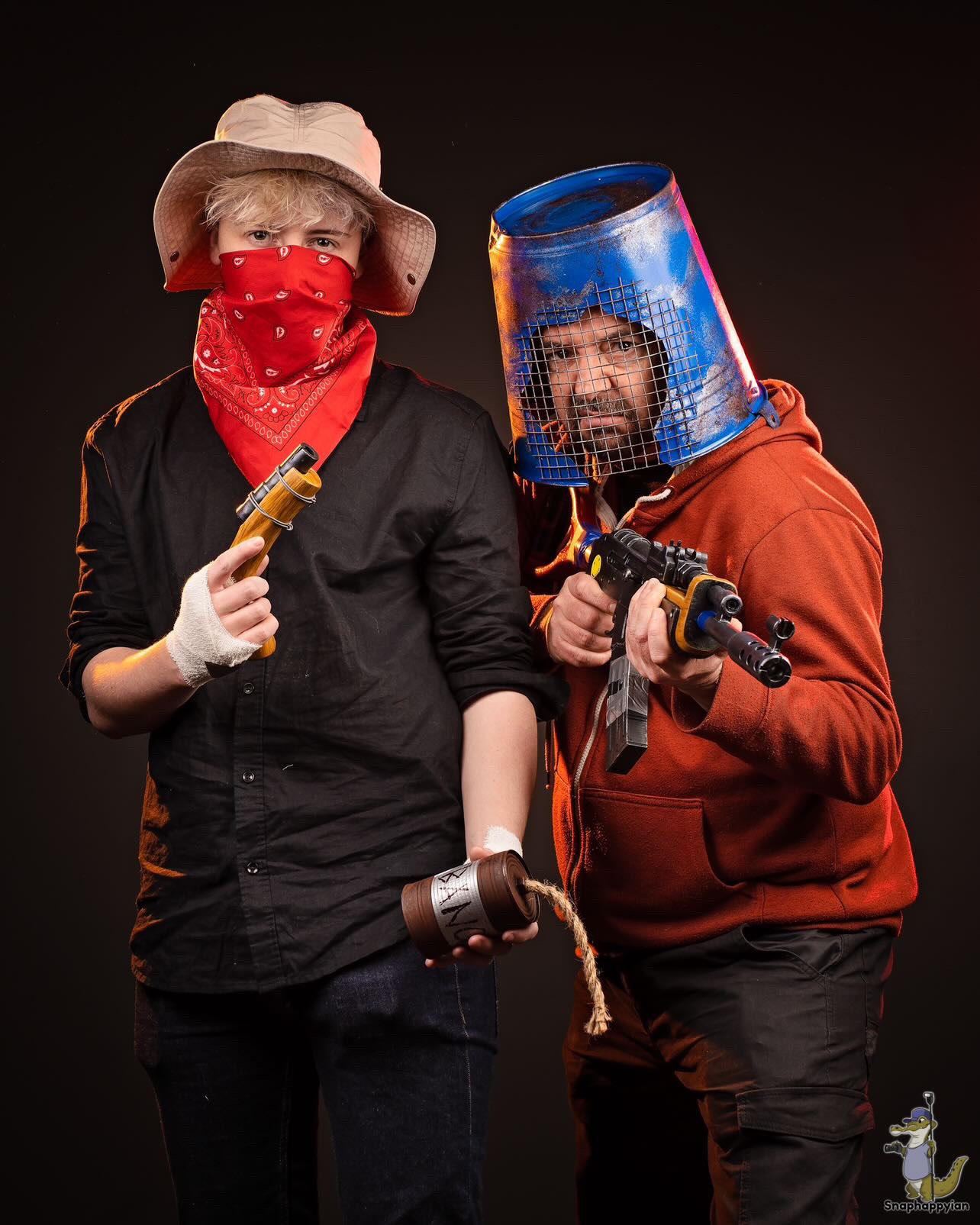 JINGLE JAM 2022[rust.facepunch.com]
Just a heads up for all you Rust Roleplay enjoyers out there! Yogscast JingleJam[www.jinglejam.co.uk] Charity event is set for December 10th, 2022.

Keep an eye on their socials for news and more details.


SHOW ME THE STUFF![rust.facepunch.com]
If you made something cool or saw something cool, reach out! Tag me on the Twitterverse or u/ErrnieGerrn Reddit.
← More from Rust