19 days ago - /u/ - Direct link
A lil somethin somethin: You can find the details for this event on the announcement page here.
19 days ago - MrJordanAP - Direct link
Another Season! Sunny number Seven took its time in arriving, but when it did it was a big one, delivering on the Captaincy fantasy that many players have been holding out for since launch. Whether you've been finding your favourite Trinkets[www.instagram.com] or pursuing other achievements in our humble pirate game[www.facebook.com], we hope you've been doing it with commitment, charisma and only the classiest of ship names announcing your approach.

Content Update The Season Seven update[www.seaofthieves.com] made landfall on August 4th, making possible all the perks of Captaincy including Ship's Crests and interior customisation, Captain's Voyages, Logbooks, Milestones, the services of the newly arrived Sovereigns and plenty more. The release notes[www.seaofthieves.com] in all their scrolltastic detail can fill you in on the whole deal, along with new features outside the Captaincy feature set (like the portable stools which arguably deserved to headline a Season of their own).

But lore waits for no pirate, and the sixth time-limited Adventure 'A Hunter's Cry'[www.seaofthieves.com] soon swooped in to span the second half of the month, sending pirates on a smash-and-grab mission into the Sea of the Damned to disrespect the Dark Brethren and bring back Merrick. Which sort of worked out for him in the end, especially after some mid-Adventure tweaks[www.facebook.com] to smooth the way for his would-be rescuers.

At the same time, developments in the Mystery of DeMarco's death were gathering speed, with clues from a wrecked ship seeming to point the finger at a shocking suspect, before a series of visions retrieved from skulls brought about another twist in the tale – so how much of the story that pirates have been told is really true? Find out soon as the final revelations unfold...

But the real world also began to rudely interrupt in August as in-person gaming events picked up pace again, with a Sea of Thieves contingent setting sail (they may have actually flown but that's less on-brand) to Germany for Gamescom 2022. There was a formal schedule and everything, and many photos[www.facebook.com] were taken for your entertainment. We even had bespoke T-shirt designs made for the crew and for anyone else to order if they fancied one for themselves.

To accentuate enjoyment of the game in other ways, the second Sea of Thieves novel Heart of Fire settled onto slightly scorched shelves at last, more music from the game was released in the form of 'Captains of Adventure: Sunrise'[www.facebook.com], and Fangamer also magicked up some new piratey finery. Plus there was a trio of new Spotlight articles inviting you to meet more of your fellow seafarers: artsy meme queen Nomezilla[www.seaofthieves.com], story-loving Spanish streamer NateaCuiki[www.seaofthieves.com] and long-time community legend Sir Lotus[www.seaofthieves.com]. 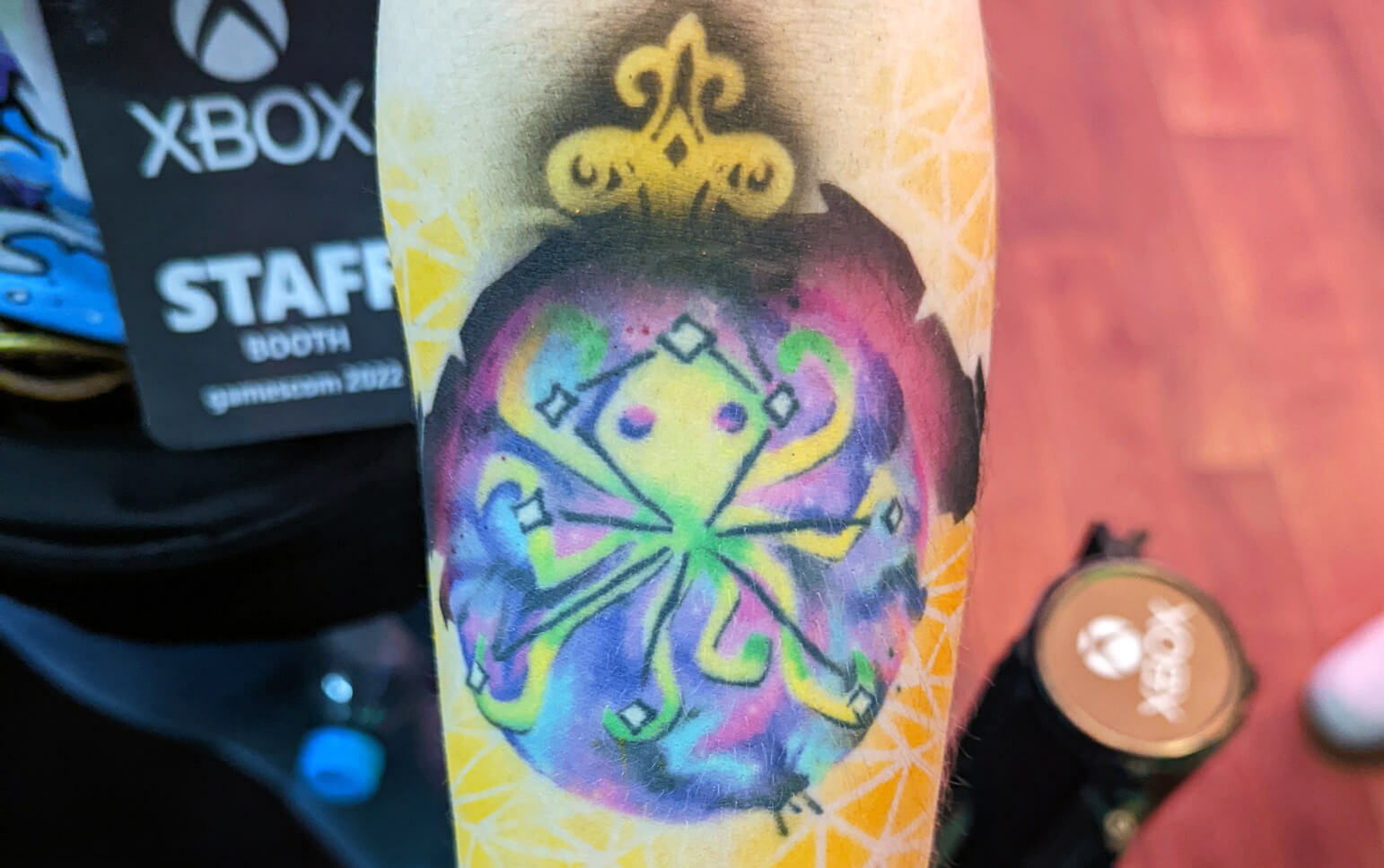 Videos and Streams A busy month for the Video team, from the Season Seven trailer on the 1st all the way through to the latest episode of Sea of Thieves News on the 31st – a feast for lovers of foxes, folios (well, novels) and Adventure announcements. Between those two dates we took the traditional Deep Dive into the features boasted by a brand new Season, delivered brooding cinematic and rousing launch trailers for August's own Adventure, and stoked the arcane apparatus of Twitch Drops to offer free cosmetics to stream viewers not once but twice.

Video releases were our main export from Gamescom too, with plans to record an 'on location' edition of the official podcast brought about in the merciful shade of a Cologne bridge, hot on the heels of a live show floor panel appearance the day before. Dip in to either of those to find out how the team felt to be back at a live event for the first time since 2019, hear them try to succinctly sum up what's happened in the last three years and get some insights into the future of our story-driven Adventures…

Social Channels Sea of Thieves' social channels are a bounteous blend of things in the opening weeks of a new Season: callouts of new features and how they work (like Milestones, Alignments[www.instagram.com] and Logbooks), behind-the-scenes material (including concept art) and bonus bits of lore (like Mollie's thoughts[www.instagram.com] on the Sovereigns), and serious to semi-serious tools for maximising enjoyment of everything that's new (like stream overlays[www.facebook.com] and a ship name generator).

But that doesn't mean the usual antics have to be taken out of play, as our Community Hub recognised two new batches of special Hat recipients[www.facebook.com] in August, while #SoTShot contests gave us worthy sets of winners[www.instagram.com] on the Going Underground theme before teeing up a new contest on the theme of Captaincy. The regular #TriviaTuesday[www.instagram.com], #SundayVibes and #SoTGear tags also revelled in all the new content… and yes, of course we mined Captaincy's features for a colourful array[www.facebook.com] of occasion-based memes. Hitting half a million Twitter followers also let us mark a tidy little milestone of our own. 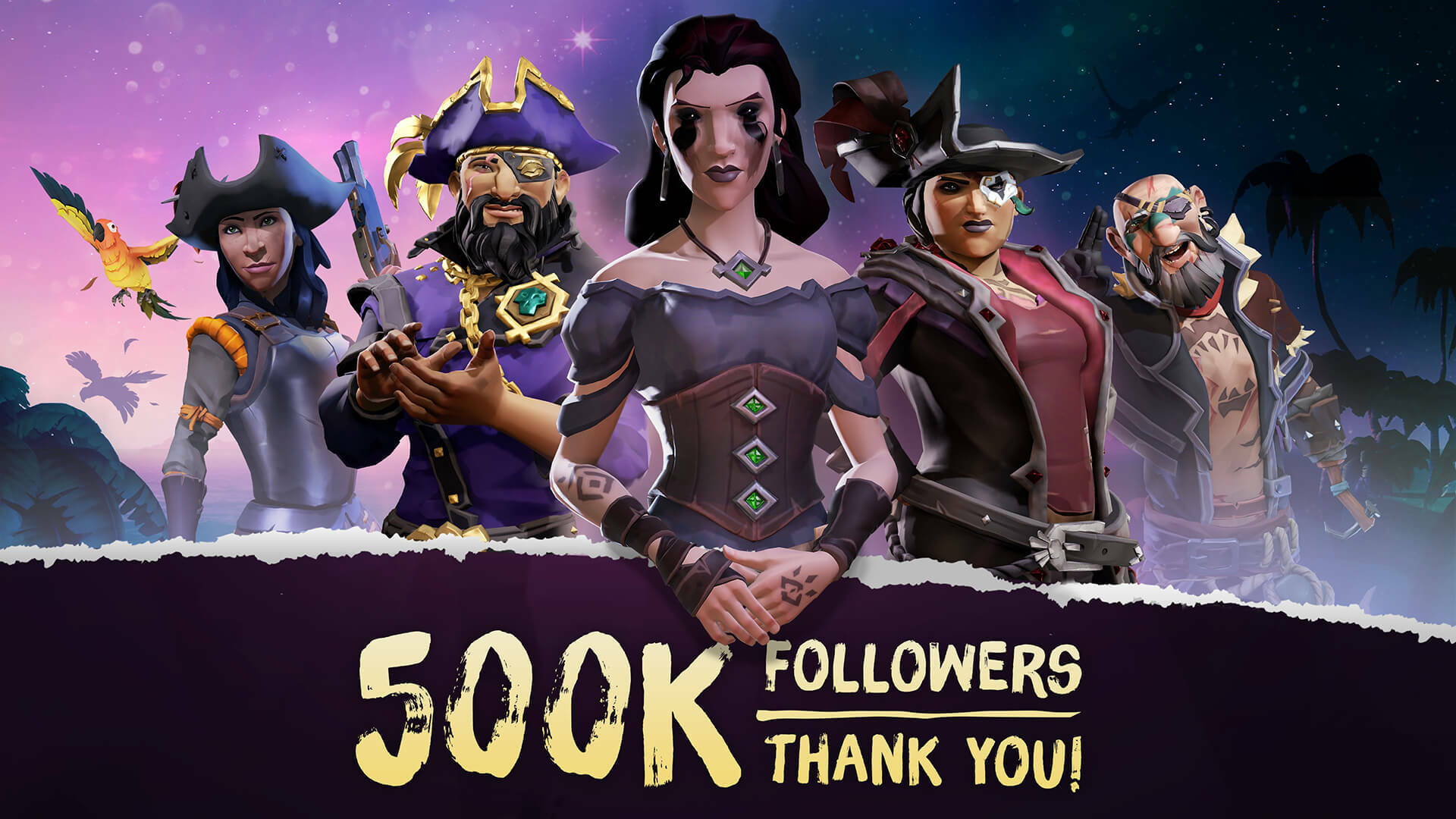 And you're up to date! Now stay true to your Captaincy journey under the changeable skies of autumn, and this time next month we'll take a look back at what came sweeping in during September, including the next phase of Adventures and Belle's ongoing love of rituals. Or you can get updates more regularly than once a month by following Sea of Thieves on Twitter, Facebook[www.facebook.com], Instagram[www.instagram.com], TikTok[www.tiktok.com], YouTube or Twitch[twitch.tv], or by mingling in the Forums[www.seaofthieves.com] or Discord[www.discord.gg]. Go on, mingle like nobody's watching. You're a Captain now, who's going to stop you?