11 days ago - /u/ - Direct link
A lil somethin somethin: You can find the details for this event on the announcement page here.
11 days ago - Christina_Rare - Direct link
With our latest decision point Adventure ‘Return of the Damned’[www.seaofthieves.com] building to a crescendo at the time of writing, pirates across the seas will be eager to find out how their own efforts have changed the course of history. Well, just like last time when we announced the outcome of the Outpost offensive in ‘Lost Sands’, we’re hauling a host of developers into the tavern for a live revelation of the results. Followed by enthusiastic discussion and hopefully no brawling.

This stream is taking place on Friday, November 18th at 4pm UTC (check your local time here) on our Twitch channel[www.twitch.tv], so mark your calendars in ink, blood or mango juice depending on what’s to hand, and we’ll see you there! 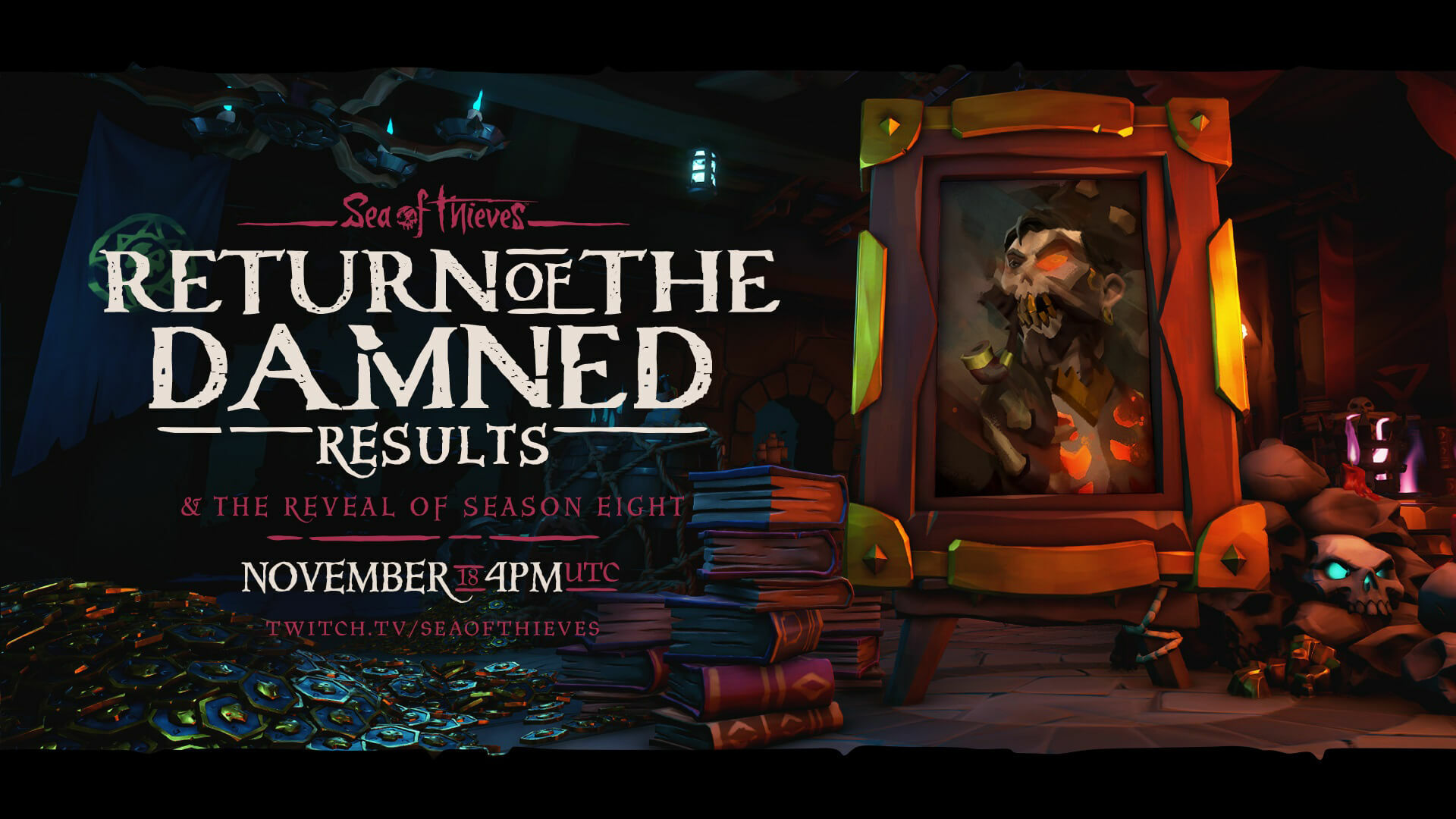 As you may have gathered from the title of this article, that’s not the only thing we’re squeezing in. With Sea of Thieves Season Eight set to launch on November 22nd, why would we not take this opportunity to debut the full content update trailer and show you what’s coming your way in a few days? You won’t want to miss this blowout of the battles ahead.

Our most recent episode of Sea of Thieves News offered a stream tease too, while also showcasing comics telling the story of a figure who’s been blazing a trail across the seas and some new accessibility features coming up in Season Eight.

The battle begins soon as Sea of Thieves Season Eight breaks cover, but before then, we’ll see you live on Twitch to find out together what the future has in store. Not only will there be familiar Rare faces chatting about the Adventure outcome and Season Eight’s offerings, we’ll also be turning to some popular Sea of Thieves Partnered streamers to see what they’re most excited about. Join us for all the action on Friday, November 18th at 4pm UTC!
← More from Sea of Thieves