Post
03 May 11:55     alexandar on Steam - Thread - Direct
Hello Miners! We hope that you have had a chance to play the last hotfix (Hotfix 3) that included the first changes we did to the elite enemies. For that hotfix we focused on tweaking the health of the elites. We also let you know that we are not done balancing and tweaking the elites, and that is what we have been hard at work with since the launch of Update 34.

The next hotfix, planned for Wednesday May 5th this week, is going to include the next round of tweaks to the elite, this time for the elemental and temperature resistance of these deadly bugs. The goal for the elite enemies is still for them to run with the pack while presenting an immediate and un-ignorable threat. And these changes should bring them closer to this goal.

We appreciate all the feedback that has been provided by you, the community. It really helps us gauge if the new features we have made take the game in the direction we want. And it helps us rapidly iterate. We are very focused on e... Read more 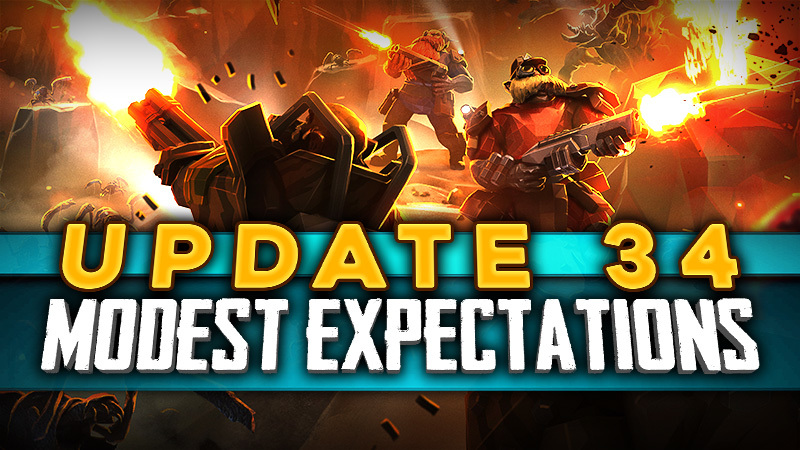 Hello, Miners! We’re back with a modest update for you! Work is proceeding apace for the longer-term goals included in the upcoming Update 35, but with Update 34 we want to sweeten the long waiting time a bit. We got new Elite Enemies for you, the possibility of double Warnings on missions, two brand new Warnings to add to the mix, a lot of weapon tweaks, and more to keep you busy! It’s time to dive back into the depths of Hoxxes and face the new dangers!

With Love,
The Ghost Ship Crew

--- PATCH NOTES ---
ELITE ENEMIES
Elite enemies are tougher, faster, more dangerous versions of the standard bugs that you already know and love (to kill). They have a sma... Read more

Post
19 Apr 13:55     alexandar on Steam - Thread - Direct
Hello, Miners! Thanks for all your continued feedback on the planned modding support. We have followed all the discussions around this subject and had a lot of discussions ourselves.

We know that some of you were worried initially that needing a separate save game for mods would make playing with mods a frustrating experience. And when we removed that requirement, some of you were worried that the ranks and promotions you had worked so hard to achieve would be indistinguishable from those of players that just boosted their ranks through modding shortcuts.

We completely understand both these concerns. We also share them. The goal is still the same: Playing with mods should be a fun and safe experience, and not dilute the hard work and dedication that you have put into your ranks. That is why we have decided to postpo... Read more

Post
15 Apr 13:08     alexandar on Steam - Thread - Direct
Hello Miners! Thank you to everyone who has played Update 34 on the Experimental Branch and provided feedback on some of the new features. This has been incredibly helpful for us to better understand how these changes affect the game and your experience. We got a lot of feedback on the new modding system and want to let you know of some changes we’ll be making, and why.

We are making the following changes to how playing with mods in your game is going to work:
Now, some background on why we made it a requirem... Read more 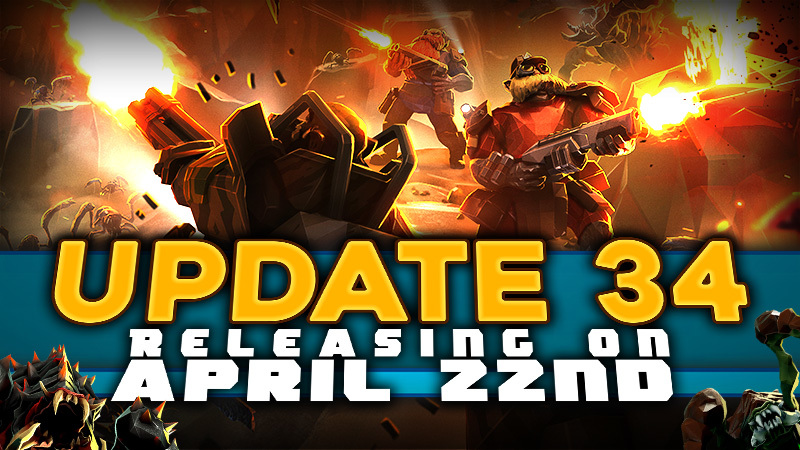 Hello, Miners! We know that you’re all excited about Update 35, planned later for this year - but let’s not forget about Update 34! We’re proud to present the official name for this update: Modest Expectations.
It will be released on Steam April 22nd (and 1-2 weeks later on Xbox One/Win10).

Like we’ve mentioned before, this update will be a smaller update on our way to Update 35, which is much larger in scope. But there is still rather a lot to be modestly excited about:

Modding Support
Playing with mods in your game will be a much better experience after this update! Firstly, Save Game Profiles are now a thing, so you can play with mods to your he... Read more