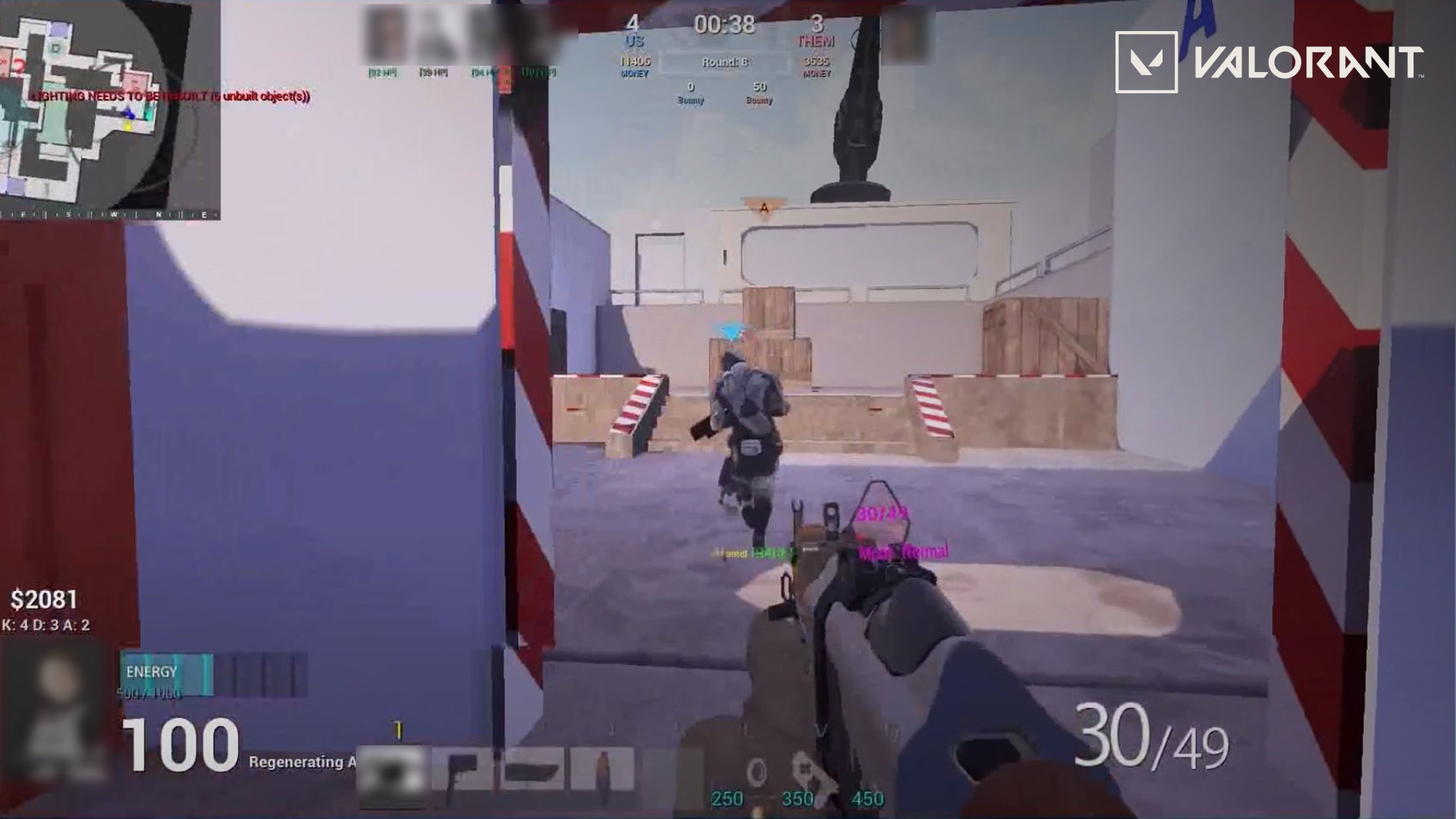 A lot of nostalgia in that image for me!

Why the blur on some stuff tho? 🤔

I don't know exactly why they did it for this screenshot but there are lots of reasons that things get blurred.

My guess is that the characters are all blurred because none of them are anything like the characters that ended up in the game and we don't want people even thinking about them.

That an early Brim?

LIGHTING NEEDS TO BE REBUILT

I guess everyone, be it an AAA studio or an hobbyist, needs to deal with this.

Interestingly, that was one of the interesting problems we had to solve as we transitioned from pre-production, to production, and finally player facing betas and a live release. You can grow accustomed to certain warnings, debug text, etc, with the explicit knowledge that "we will fix that later." Sometimes later sneaks up on you though, and debug text that you've been ignoring for a year or 2 suddenly becomes debug text notifying you that your build isn't currently shippable. It's a pretty neat process, but the learning curve is STEEP!

Imagine not building the lighting before taking this screenshot LUL

about 16 hours ago - The Valorant Team

about 17 hours ago - The Valorant Team

What does the "Limbo" setting do?

1 day ago - /u/RiotNu
Get Discord notifications