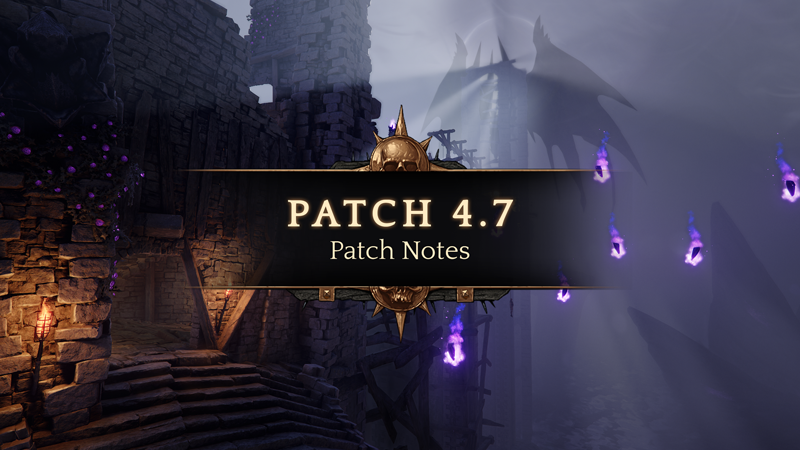 You completed the Skulls Challenge and earned yourselves a brand new Portrait Frame! The Skull Taker portrait frame will be in your inventory upon logging in!

Below you will find the patch notes for Patch 4.7.


New Additions
Be’lakor will be a new presence in the Chaos Wastes. Players will come across levels influenced by Be’lakor while playing expeditions.

Inside the temple players will be challenged to fight multiple Shadow Lieutenants. Destroying their loci will result in weakening Be’lakor’s influence, ultimately destroying his statue to sever his connection to the expedition.

Surviving the Temple of Shadows rewards players with veteran boons upon completion.