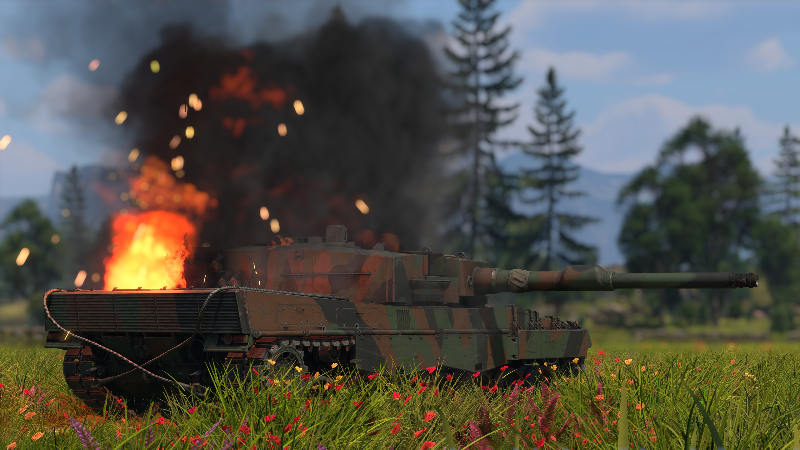 The “Red Skies” update is almost here! While the development team is finishing work on the update, we are describing another useful game mechanic coming to War Thunder tank battles in the upcoming “Red Skies” release.

Now light tanks and squadmates can help extinguish fires[coub.com]. The new mechanic works in a similar way as repair assistance: you need to drive up to a burning vehicle, wait for the indicator of assistance for firefighting, and after holding the help button, the ally will stop burning. In this case, one kit of fire-fighting equipment on the helper tank will be depleted.

The new mechanic works for burning tanks that are not able to extinguish the fire on their own - the FPE kit has run out or has not yet been installed. The firefighting assistance function makes light tanks even more useful on the battlefield, as well as improving the survivability of allies in a squad.
← More from War Thunder