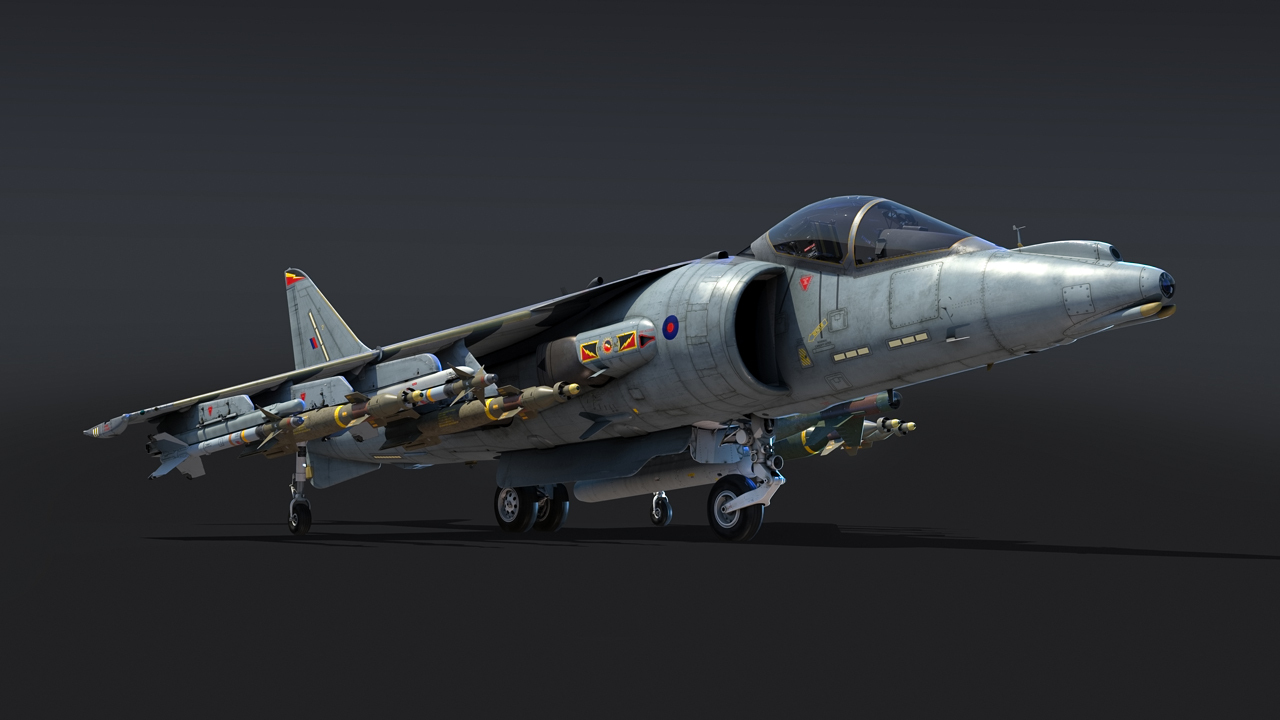 The Harrier GR.7 is a modification of the second generation British Harrier jump jet, developed in the 1980s as a means to expand the capabilities of the original Harrier. Soon, both War Thunder pilots and fans of this unique aircraft family alike will have the chance to take command of the Harrier II as it arrives to the game as part of the next major update, Age of Drones!

Briefly: A further development of the well-known Harrier jump jet, featuring a new fuselage design and wing, resulting in a higher payload capacity.

In War Thunder, the Harrier GR.7 will be a new strike aircraft awaiting pilots at rank VI of the British aviation tree, following the release of the Age of Drones major update. Expanding the Harrier family of aircraft in the game into its second generation, the Harrier GR.7 not only gives seasoned War Thunder pilots access to another unique British aircraft, but it also brings with it improved handlings characteristics, and more importantly, a vastly greater payload over the original Harriers introduced several updates ago. Let’s get into some more details, shall we?

Among the many improvements the Harrier GR.7 features over the familiar GR.1 and GR.3 variants, is certainly the aircraft’s new engine. Unlike the older modifications, the Harrier GR.7 is powered by the Rolls-Royce Pegasus Mk.105 turbofan engine, which allows the aircraft to reach a top speed of 1,074 km/h at sea level. While this doesn’t result in an improved top speed, the combination with a new wing and improved fuselage lead to improved stability during flight, thus making the aircraft easier to control during flight. 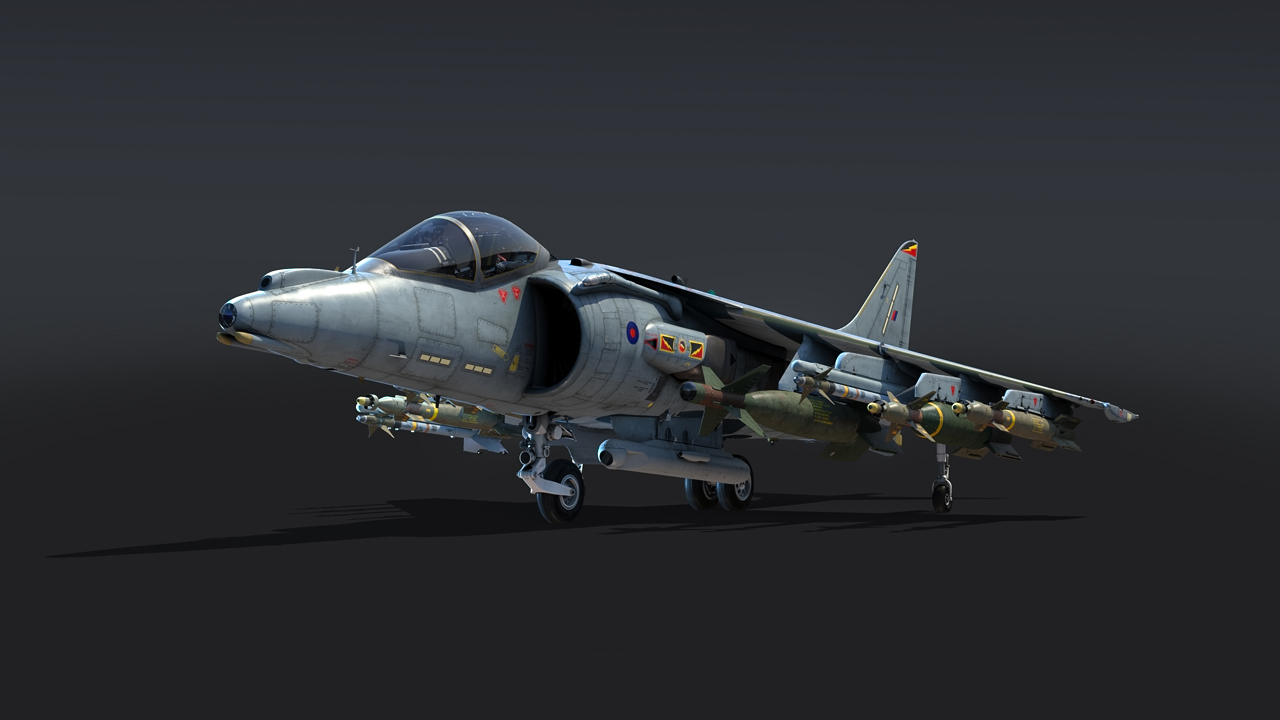 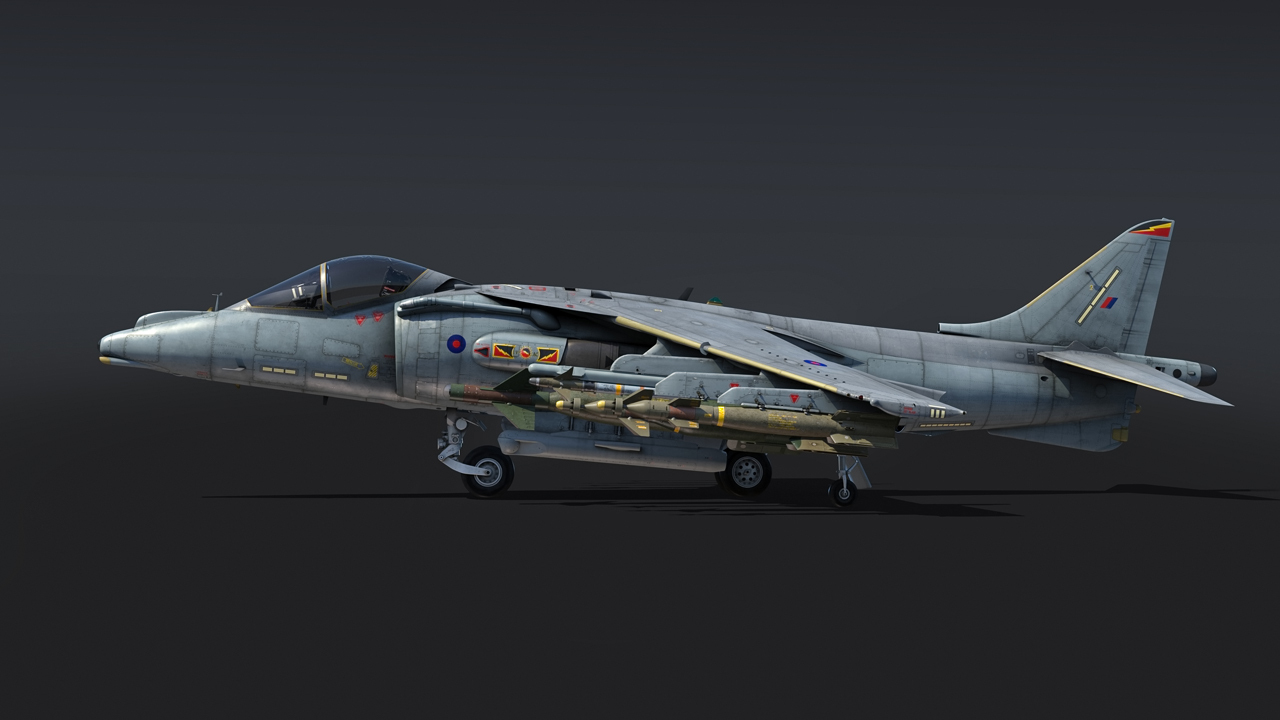 Another notable difference when compared to the previous generation aircraft lies in the Harrier GR.7’s primary weapons. Namely, unlike with the GR.1 or GR.3 modifications, the Harrier GR.7 is fitted with a pair of 25 mm ADEN cannons, with 200 rounds of ammunition available to pilots per gun. However, where pilots will certainly feel the most notable upgrade over previous modifications is in the availability of suspended ordnance. In fact, the Harrier GR.7’s payload is nearly double that of the GR.3! 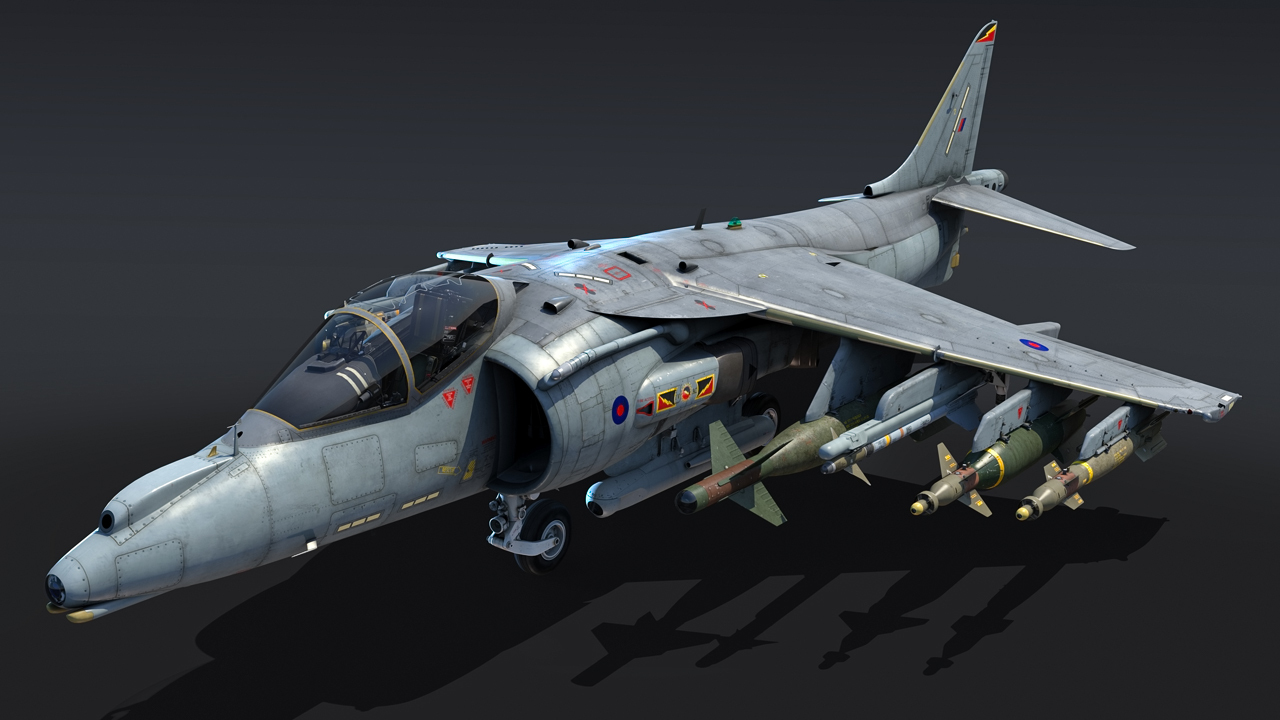 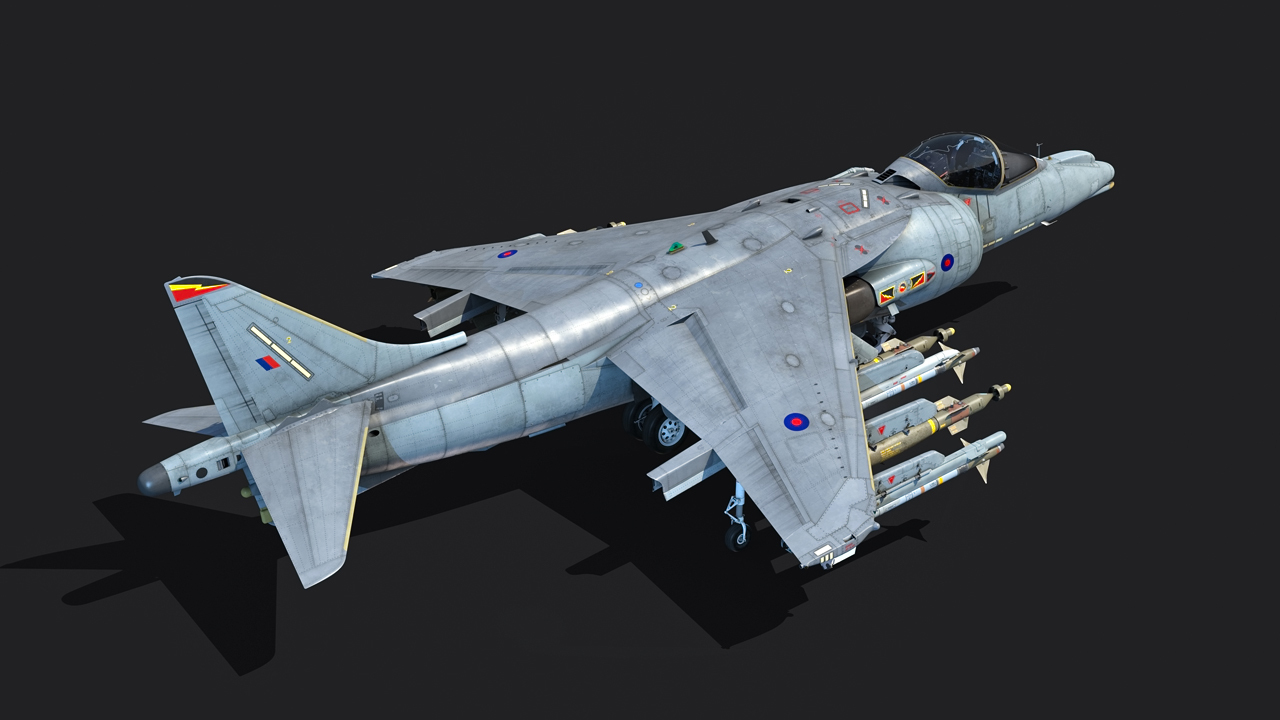 However, not only can the Harrier GR.7 carry more ordnance, it can also carry more advanced ordnance than any previous modification. Apart from conventional unguided bombs and rockets, the Harrier GR.7 also has access to later variants of the popular Sidewinder air-to-air missile as well as the AGM-65 Maverick air-to-ground missile. Rounding off the selection is also a range of Paveway guided bombs, varying in calibers from 500 over 1,000 to 2,000 lbs. As a result, aspiring Harrier GR.7 pilots will have a wide assortment of weapons to choose from in order to complete their mission, regardless of the type of enemy they will be going up against. 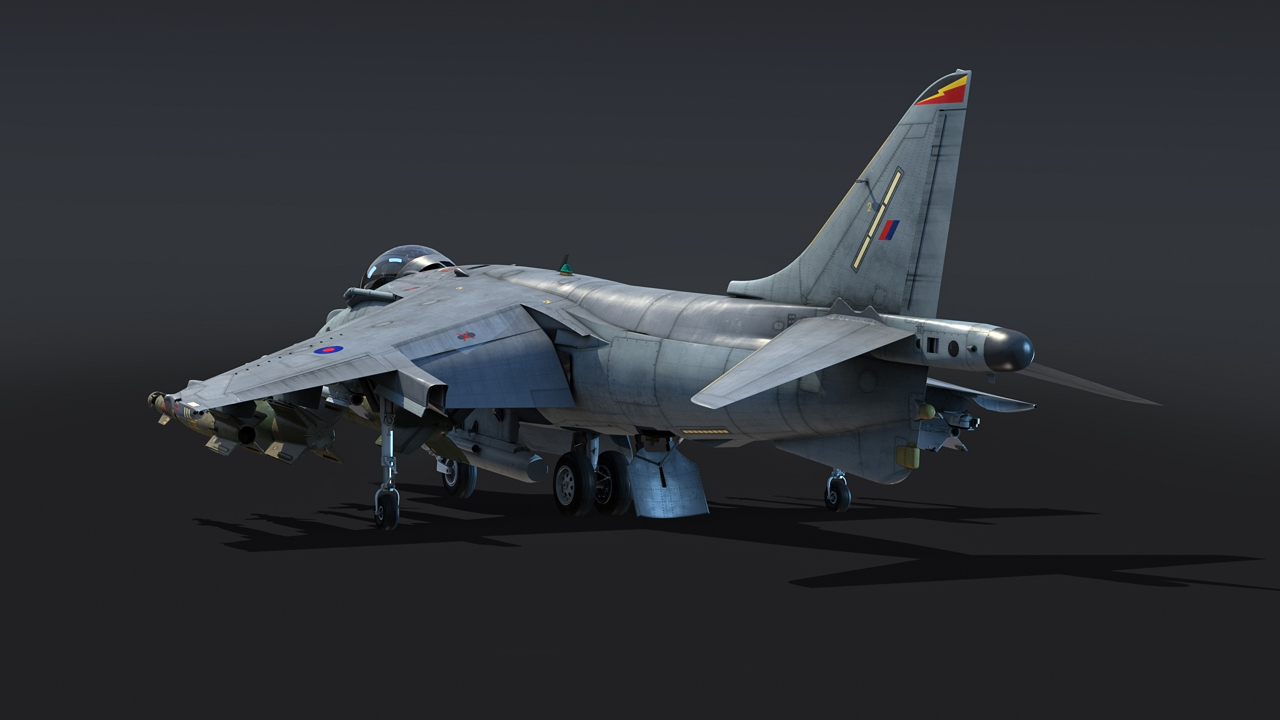 The Harrier GR.7 will await all pilots at rank VI of the British aviation tree, following its arrival to War Thunder as part of the upcoming major update. In the meantime, make sure to keep a watchful eye on the news as we continue sharing what other exciting new vehicles and features await you in the upcoming update. Until then, clear skies and happy hunting pilots!
← More from War Thunder