The total download size for this update is ~ 1.1 GB. This maintains Warframe’s total size above the base memory allowance on Nintendo Switch. For the Tenno out there who have not equipped their Nintendo Switch with an SD card and have no other games downloaded, this means that having additional space installed on your Nintendo Switch is necessary to accept this update. You will need to have at least ~ 1.1 GB available on your device in order to begin the download.

Nidus Prime combines Tenno technology with the grotesque resiliency of the Infested. Extract the Relics containing Nidus Prime Blueprints by playing Operation: Plague Star starting September 8 as well as the usual sources for Void Relics such as Relic Packs and Void Missions. 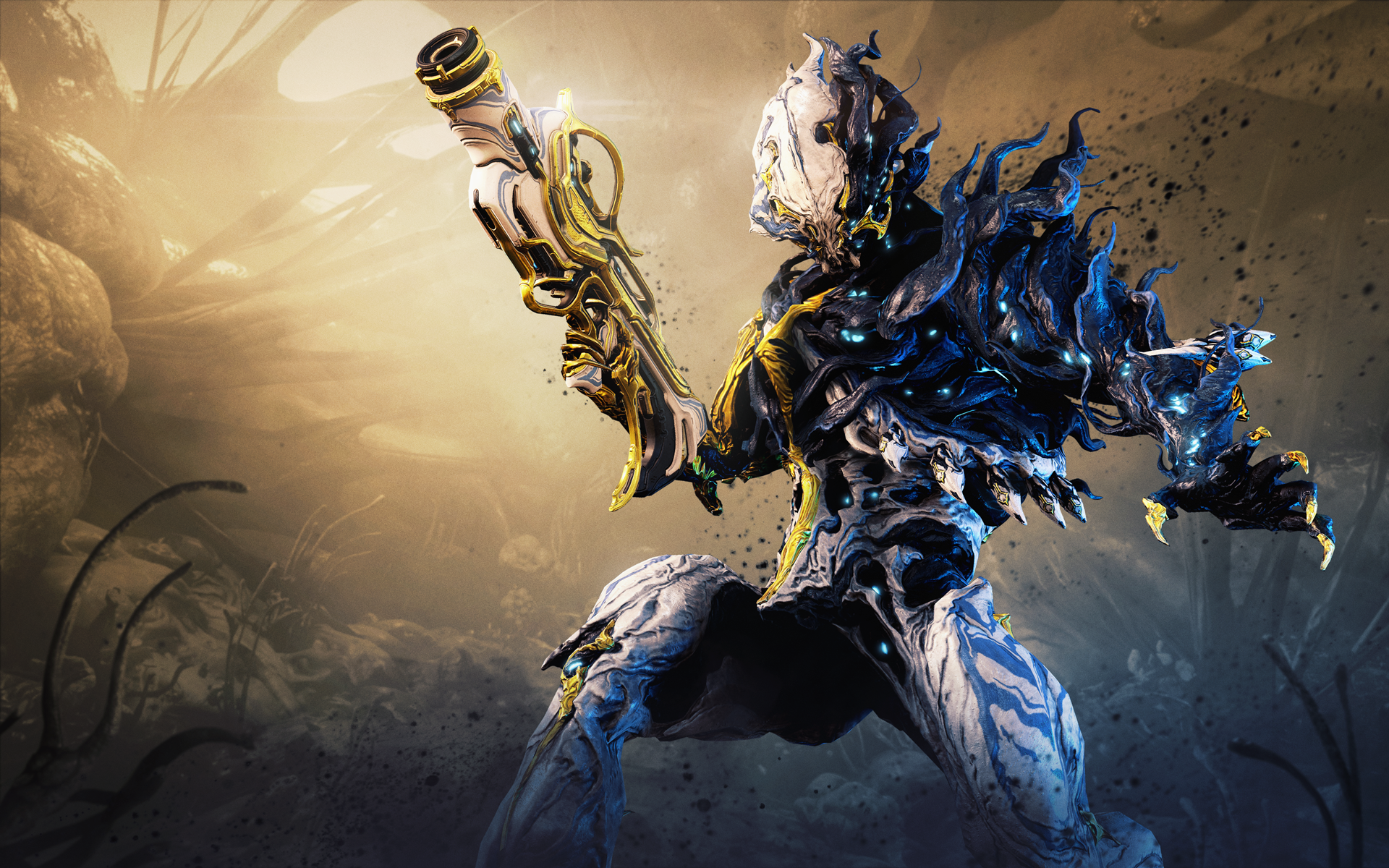 Nidus Prime
Mutation is endless. The ravening plague-bearer returns in a long-unseen form, seething with a primal strain of the Infestation. Features altered Mod polarities for greater customization.

Strun Prime
A classic shotgun design, embellished for the elite as only the Orokin could. Features altered Mod polarities for greater customization. 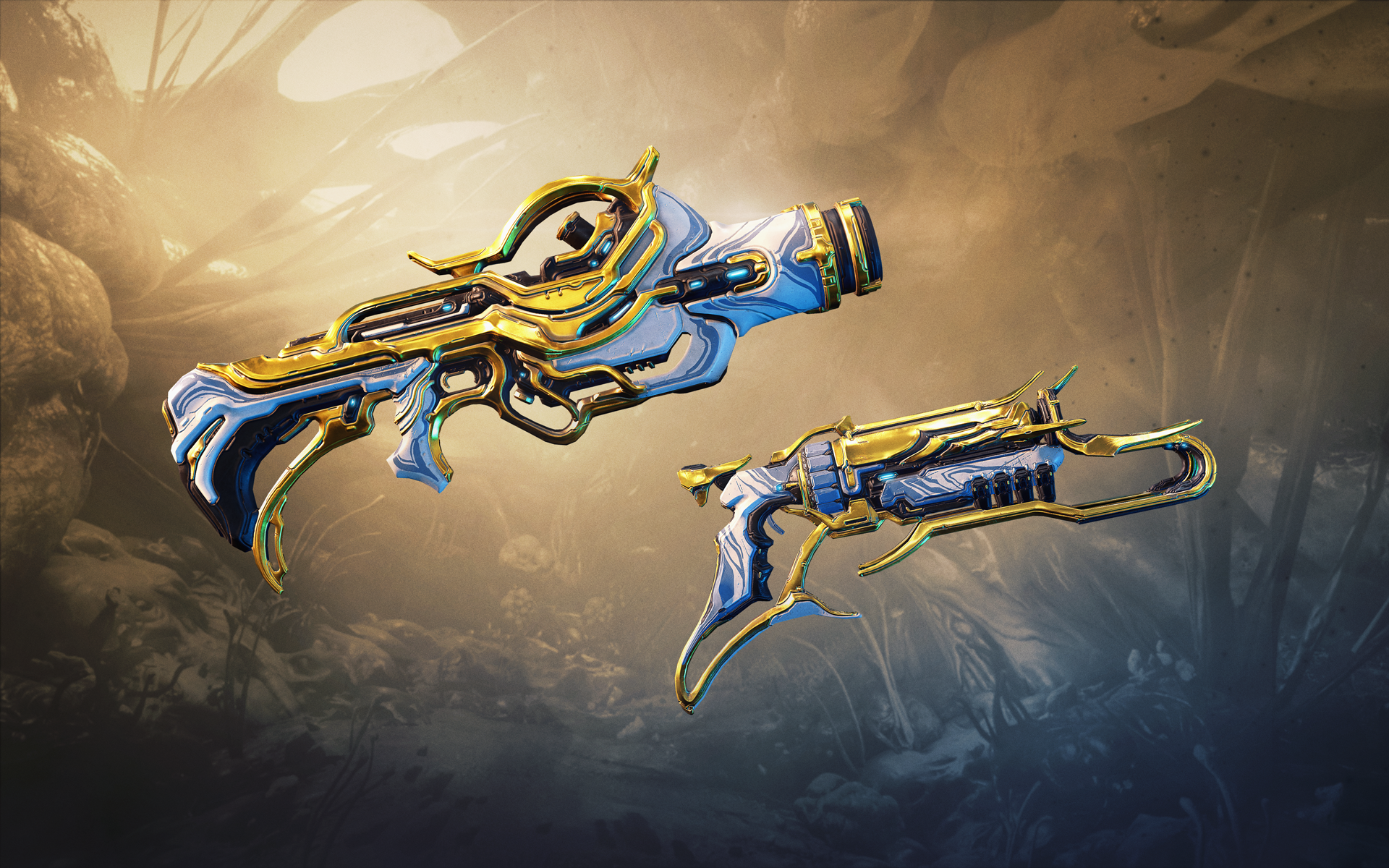 Infested Orbiter Decorations: These encrusted surfaces and drooping growths give your Orbiter's interior the haunting atmosphere of an Infested derelict.

Karnolyth Necramech Skin: Make your Necramech even more fearsome with this Skin, based on early experimental designs that employed outer casings of Infested bone and meat. 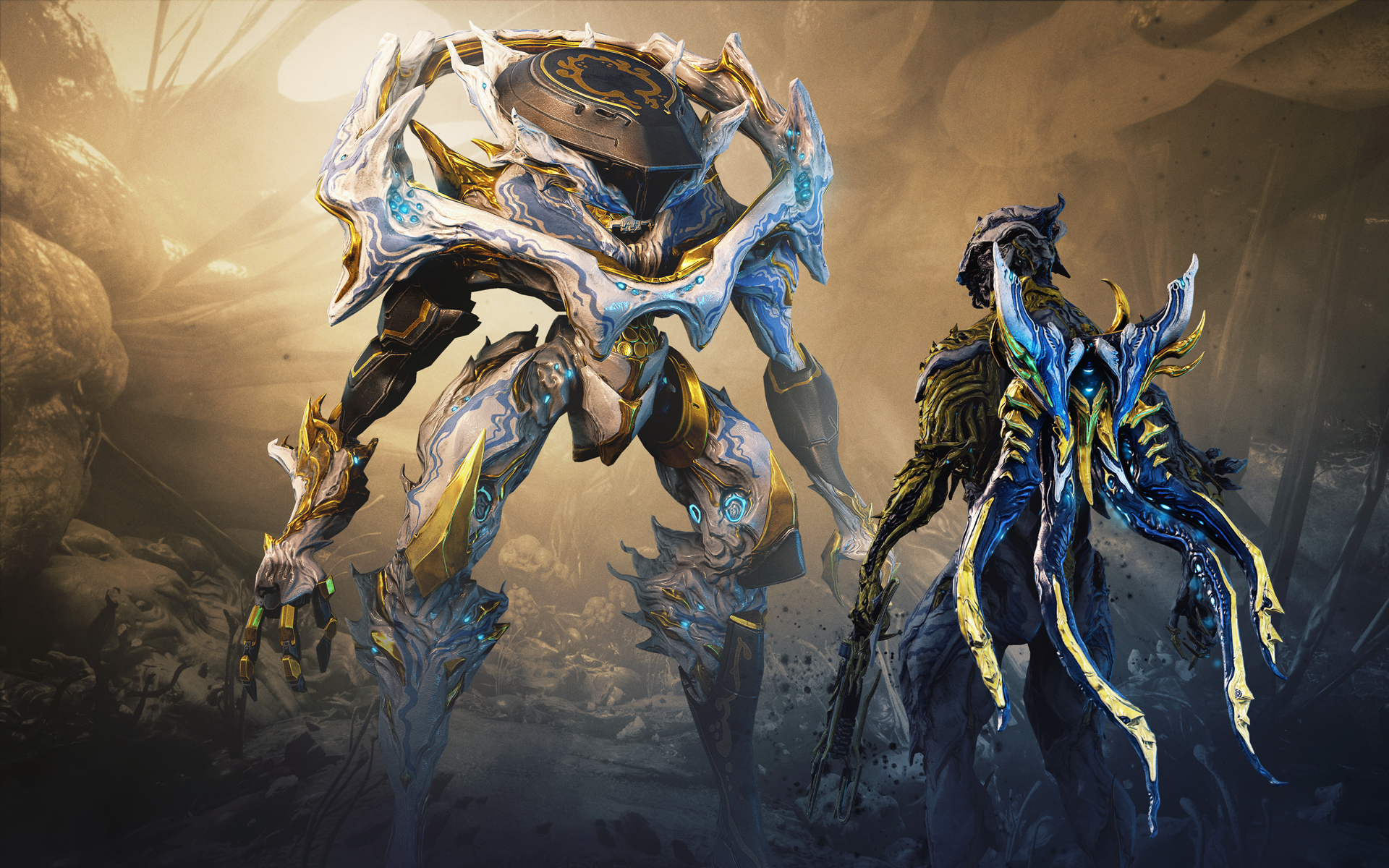 When Nidus Prime enters Prime Access, the following items will be entering the Prime Vault.

With this Vaulting comes the shift of the following Syndicate Sacrifices:

If you already wield the power of these Primes or have their Relics in your Inventory, they will remain after the Vaulting.

As with each round of Prime Access come updated Riven Disposition numbers. See the full Disposition changes here:


Nidus Prime Access begins September 8 on PC, Xbox, PlayStation and Nintendo Switch. Prepare for the Infestation to take root in your Arsenal, Tenno. Purchase the packs through the in-game Market!

PLAGUE STAR
Plague Star has returned and runs from Sept 8 at 2pm ET to Sept 30 at 2pm ET, Tenno!


“The Thrax Toxin! The Tenno maggots want my toxin! STOP THEM!”
Vay Hek

The infested boil that once threatened the Plains has grown back, uglier and more putrid than before. According to the Ostrons, Infested lifeforms are emerging from it. We need to act now before the Infested make their way to Cetus.

Vay Hek possesses a toxin that can destroy the boil at the meteorite crash site, but he refuses to help. He sees it as a means to destroy Cetus and the Ostron colony. We need to get ahold of his toxin and destroy the boil before it becomes unstoppable.

WHAT YOU NEED TO DO
- Speak to Konzu in Cetus to begin running the Plague Star Bounty.
- Complete the series of Bounty Missions, and you’ll earn Operational Supply Standing to shop for the Event Rewards.

EVENT REWARDS
- Earn exciting Rewards in a variety of ways in this Operation:
- Complete Konzu’s Bounty and earn Operational Supply Standing. Nidus Prime Relics can be found in these Bounties as well as in their normal areas.
- Work together with your Clan during the event for Trophies and glory!

We have made the following changes and fixes for Plague Star:

TENNO REINFORCEMENT: GHOULSAW
The cruelest of weapons built for the crudest of Grineer soldiers. Rips through metal like flesh, and through flesh like day-old pudding.

This first-of-its-kind Assault Saw can be yours today, Tenno!

*Obtain the Ghoulsaw from Nakak’s offerings in Plague Star or in the Market for Platinum.

*Obtain Butcher’s Revelry from Nakak’s offerings in Plague Star. These items will be added to the game in a future Update after Plague Star Leaves!

REVENANT MEPHISTO SKIN
Embrace Revenant’s hybrid nature with a bold new form and dwell in the eternal twilight between realms.

*Similar to the Ember Pyraxis Attachments, the Revenant Mephisto Skin has a removable Syandana (more so a cape in this scenario) that can be equipped on either normal Revenant or Revenant Mephisto Skin. This Syandana is Exclusive to Revenant just as other Deluxe Skins attachments are exclusive to them. Please note that the “energy beard” on the original Revenant Helmet gets removed when the Mephisto Syandana is equipped due to excessive clipping. One could say we had to clip the beard.

ORISON TWO-HANDED NIKANA SKIN
Take up a sacred duty and defend the treasures of the Void with this weapon skin.

REVENANT MEPHISTO OPERATOR COLLECTION
Take on a touch of the devil with these Revenant Mephisto Operator accessories.

**Please note this is in the Market as a separate Collection as not to spoil things for those who want Mephisto who do not yet have The Second Dream or War Within complete. This follows the precedent from other Deluxe bundles (Zephyr Harrier, etc).

We have 2 areas that are being buffed: Stats, and Utility. While many Tenno have hoped for more Stat buffs (which we have here!), the Utility Buffs are really something to behold for the usability or Merulina. We are introducing a foundational change to her movement: Merulina Dashing (tap Roll/Dash)! This can be executed in any direction and is effectively a new way to close gaps (or quickly retreat!) and alter the direction of Yareli aboard Merulina! This also enhances the way you can traverse vertically with responsive directional input while in the air. We’ve made a handy .gif to demonstrate just what we mean:

What you see in this .gif is a vertical traversal that’s currently tough to do with Yareli. However,  with the forward dash the momentum movement now allows for directional maneuvering.
Then, we see Yareli Dash both Forward AND Back in the .gif, showing how you can certainly take advantage of this new movement tool!

This is a change that’s best experienced in your hands, but it is certainly a huge improvement for navigating all of Warframes tilesets!

We have also made some changes to general Merulina movement by allowing for shorter jumps, and reducing overall jump charge time.

Customization Changes for Select Attachments: ‘None’ Option
For a long time now we’ve had a precedent with a handful of Warframe Skins where the “None” option for Attachments (and sometimes Syandanas) was removed if certain Skins, Primes, etc were equipped. This applied to Warframes such as Ember Prime/Pyraxis Skin, Frost, Mag Prime, Oberon, Volt, etc.

We now usher in a new “None” era! All Warframes and Warframe Skins that previously did not have the ‘None’ option will have a “None” Attachment or Syandana option, giving you even MORE customization flexibility. This means you can remove details such as any attachments on Ember Pyraxis, Mag Prime, the list goes on and on! In addition, Banshee, Frost and Oberon's default Shoulder Armor can now be equipped on Prime versions of the Warframe.

This also fixes a long-standing bug where a Warframe that has no default Shoulders Attachments (let's say, Excalibur) and had nothing equipped there, if you clicked on "left arm" then it would auto-select the first shoulder armor in your owned list.

Steel Path Changes + Exploit Fixes:
For non-endless missions, most notably Sabotage, a max of 3 Acolytes will spawn and their levels will incrementally increase with every new Acolyte spawn.