90 years ago, in December 1932, The Phoenix on the Sword appeared in Weird Tales. This was the first Conan the Barbarian short story to be published by Robert E. Howard. Since then, the world of Conan and the legend of his adventures has only continued to grow.

Exiled, Unconquered, and... Chop Chop!
Today, we celebrate this anniversary by highlighting the rich videogame legacy of Conan through The Conan Bundle, which includes Conan Exiles, Conan Unconquered, and Conan Chop Chop:

Conan Exiles – Survive, build, and conquer in a vast savage land.
The online multiplayer survival game, now with sorcery, set in the lands of Conan the Barbarian. Survive and explore a vast open world sandbox, build your home into a kingdom, and dominate your enemies in single or multi... Read more
Post
22 Dec 18:02     /u/ on Steam - Thread - Direct
A lil somethin somethin: You can find the details for this event on the announcement page here.

Post
01 Mar 13:07     Jellyfoosh on Steam - Thread - Direct
We’re thrilled to announce that Conan Chop Chop has arrived, bringing you the most unhinged vision of Hyboria yet!

With the wacky turned to 11, Conan Chop Chop invites you and your friends to join forces in both local and online multiplayer for this 1-4 player party roguelite game.

Charge into a crazy adventure as Conan, Valeria, Belit, or Pallantides, each with their unique upgradable skill trees, and stop the evil wizard Thoth-Amon. He may have an army of weird monsters and a great maniacal villain laugh, but you have your muscle-bound stick limbs, a good ol’ chopper, and a whole lot of rage, so get hackin’.

Let loose your most dramatic war cry as you mash that chop button, through endlessly varied magically generated maps bursting with loot. You will die and rise again, a little richer, a little wiser... Read more
Post
01 Mar 13:07     /u/ on Steam - Thread - Direct
A lil somethin somethin: You can find the details for this event on the announcement page here.

Post
21 Feb 18:02     Lydex on Steam - Thread - Direct
The world of Conan is getting a little bigger and… flatter. Almost 3 years ago we teased – by way of an April Fools’ joke – a new adventure for Conan. We want to celebrate everything we love about Conan in a more comedic and light-hearted tone. It’s been a journey, but Conan Chop Chop is almost here.
Conan Chop Chop is a party rogue-lite for 1-4 players full of mayhem, loot, and adventure. In this outrageous take on Conan the Barbarian, you are the muscle-bound hero foolish enough to try and stop the evil wizard Thoth-Amon! 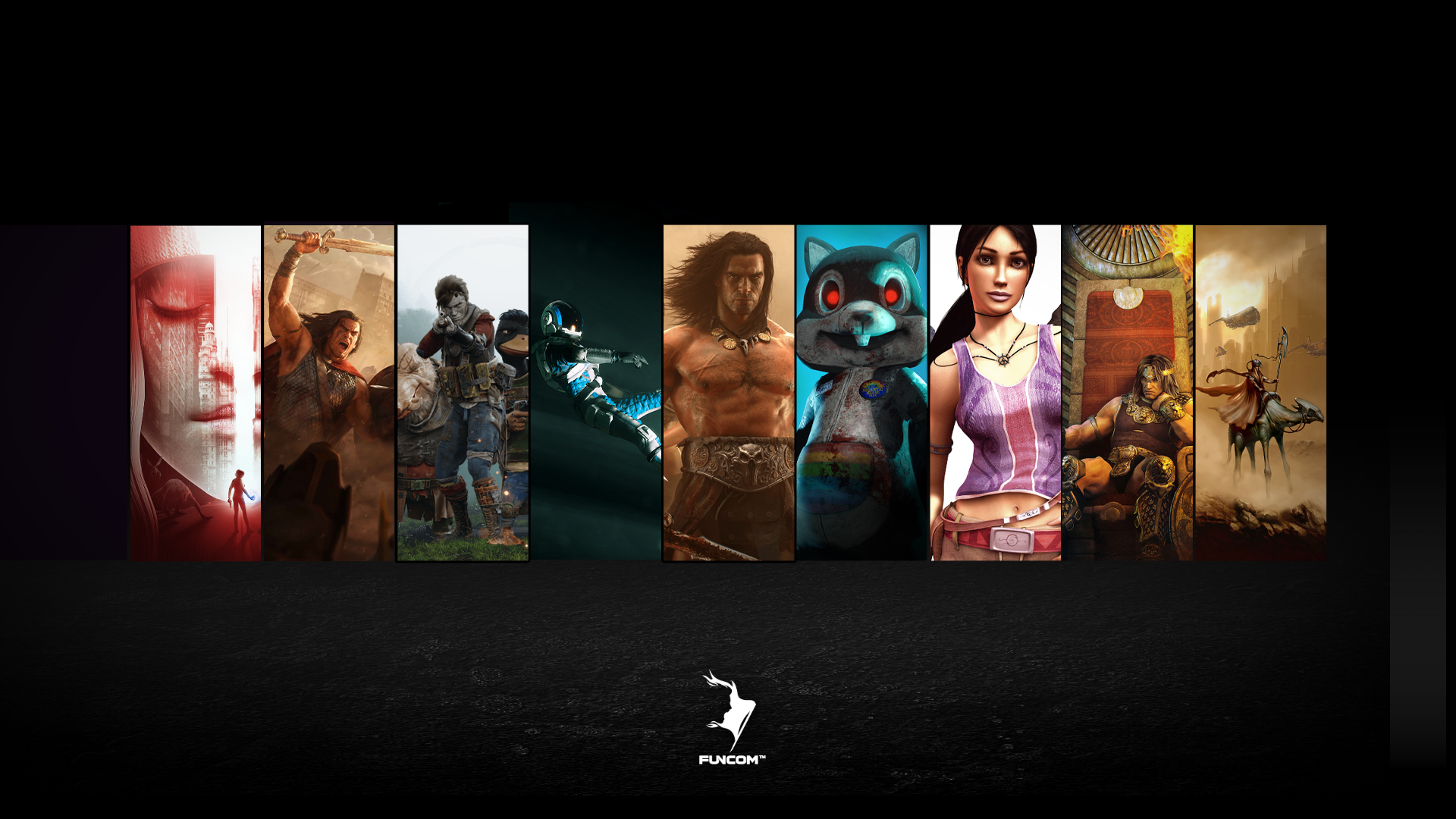 Happy Monday, all! We're starting this week off right with a week long sale for all Funcom games! From NOW until next Monday, March 2nd, you have the opportunity to check out our other marvelous games such as the cosmic horror Moons of Madness, or roam the Exiled Lands on your mighty stead in Conan Exiles for a discounted price.

You'll find all DLCs discounted as well! Continue traversing the post apocalyptic lands with Dux and the gang in Mutant Year Zero's DLC, Seeds of Evil. Or expand your world in Age of Conan through the Hyborian Conqueror Collection. You'll find DLCs for Secret World Legends and Anarchy Online discounted too.

Post
26 Nov 18:00     Anarchtor on Steam - Thread - Direct
Nominations for the Steam Awards have opened up!

You can vote for any game sold on the Steam Store and we would love it if you would consider giving Conan Unconquered a nomination in the "Better With Friends 2019" category. Or any other category you think fits!

Just click the circle in the box above to add your nomination.

Post
03 Oct 18:33     Hugo (Community Team) on Steam - Thread - Direct
Hello everyone! We're releasing a small patch with a few fixes and tweaks which you can read about below:

Born in Shem, Belit was a corsair, explorer and warrior. Worshiped as a goddess by her crew, she was Conan's first and greatest love. Belit is a ranged unit who uses a Hyrkanian bow in combat. She has the range of an Archer with her damage falling somewhere between Conan and Valeria. She is equal to Valeria in movement speed.

Her deadly ability, "Rain of Arrows", fires a volley of arrows at a target position, damaging everything in the area for the duration of the effect. If near a Brazier, the ability becomes "Rain of Flaming Arrows". Belit cannot move while the ability is active but becomes immune to damage until the effect ends.

Post
18 Sep 15:00     Jens Erik (Community Manager) on Steam - Thread - Direct
The Belit's Fury update is nearing full release and we want to take some time to showcase the new features and content.

Belit's Fury introduces a new archer hero in addition to new features that improves gameplay in Conan Unconquered. Tune in to Funcom's streaming channels on Thursday at 5pm CEST / 11am EDT / 8am PDT to see Belit in action.

You can also catch the stream live on Conan Unconquered's Store Page right here on Steam.

We’re excited to share with you that a new update is coming for Conan Unconquered later this month! The update, titled Belit’s Fury, introduces a new archer hero and new features that further improves both the gameplay and content in the game. Read on for more information about what’s coming up when the update hits later this month.

In the meantime, this update is available to play NOW on the TestLive branch! Here are the steps on accessing TestLive: