Before we get into it, we wanted to take a moment to reiterate talk about the commitment we made as a company earlier this week in response to the leaked draft decision by the U.S. Supreme Court to overturn Roe v. Wade. Standing up for reproductive choice and liberty is not a difficult decision to make, and we remain dedicated to upholding these values. You can read our full statement here.

This week at Bungie, the third annual Guardian Games have begun.

Welcome back sports fans! The Guardian Games have commenced, and Hunters Warlocks have taken the lead. But it's still early in this three-week competition and it’s anyone’s game.

The Tower is looking spiffy with decorations up and the spirit of competition in the air. There are adventures to be had and rewards to be won. Are you pumped yet? Well watch this!

On top of the overall class vs class main event, we have also assembled a friendly out-of-game competition between fireteams of Guardians from across the globe. We have creators from 14 territories representing their favorite class and competing for glory in the Guardian Games Cup. Check out the full details and keep track of the scoring each week here.

9000 Words Was Not Enough for Master Rahool

TWAB before last was a mega, ultra-chonker. Even with thousands of words on the weapon changes coming in Season 17, questions still remain. The team has been reading through the responses online and wanted to answer a few questions as well as clear up a few bits of confusion.

Previously on the TWAB, we spoke about some quality-of-life changes for weapon crafting. We’ve already increased the element caps from 250 to 1000 and the Neutral Element cap from 8500 to 10000. And in Season 17 we are still planning to remove Ruinous, Adroit, Mutable, Drowned, and Energetic Elements. Only Neutral Elements will remain. One other feedback item we see cropping up a lot is the desire to Masterwork your crafted weapons, if only to get those shiny gold borders that let you know that a weapon is special.

Starting in Season 17, you will have the ability to achieve the Masterworked look for crafted weapons. To get your gold border on Legendary crafted weapons, you will need to have an enhanced intrinsic perk and two enhanced trait perks. Crafted Exotics will require a catalyst to be inserted.

And the Winner Is...

Earlier this week, we put the choice of what map to feature for Trials of Osiris in your hands. We love democracy and let the community choose what battlefield would be featured next. Here are the final results!

Altar of flame wins with 44% of the vote! 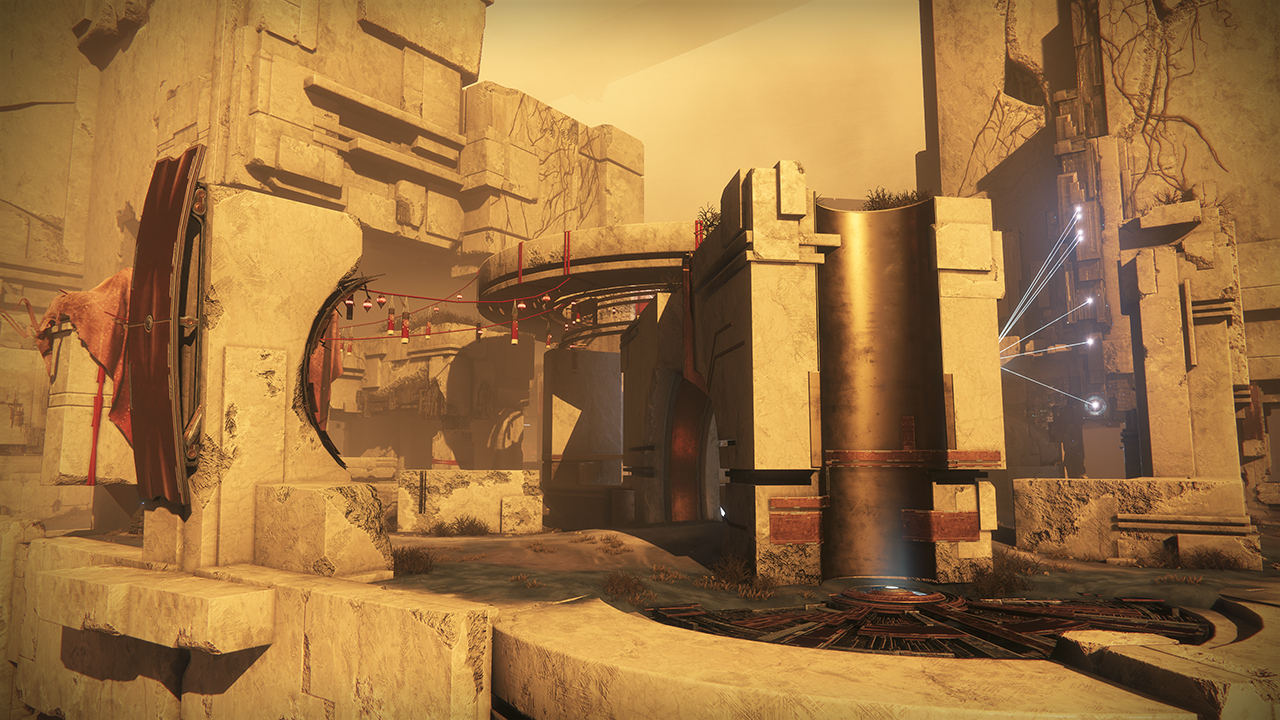 Vostok came in second with 36%

Tomorrow, Altar of Flame will be the featured map for this week’s Trials of Osiris. Good luck out there!

Now let's turn things over to our analysts on the Player Support Team with important and unbiased updates on the state of the game.

This is their report.

Players who encounter issues when participating in Guardian Games should report to our #Help Forum with a description of the issue, where it occurred, and provide videos or screenshots when available.

For a list of currently tracked issues, players can also view our Known Issues article.

Contenders Boons earned by participating in Guardian Games playlists can drop only up to the gold level. Platinum Boons do not exist and cannot be earned even if a platinum score threshold is reached.

Step one of this pursuit will complete automatically when the Guardian Games: Competitive Playlist unlocks. After the completion of step one, the remaining steps of the Shoot to Score quest can only be progressed by reaching certain score thresholds in the Guardian Games Competitive Playlist. This playlist is available each week from the Friday reset to Tuesday reset.

While we continue investigating various known issues, here is a list of the latest issues that were reported to us in our #Help Forum:

Sam: Movie of the Week submissions are always so fun because not only do we get to see how rad our community is, but we also get to experience it alongside them in a way that’s a bit more than an “end-of-activity screenshot.” This week we have a really neat “clantage” to showcase some pretty fun PvP action, as well as a stunning Vow of the Disciple trailer with some beautiful cinematic shots, and a solo Caretaker video you just have to see.

Movie of the Week: Way Out

Movie of the Week: Vow of The Disciple Raid Trailer

Movie of the Week: Solo Caretaker

A Cozy Atmosphere, In My Destiny 2?!

Hippy: A cozy atmosphere, in my Destiny 2?! It’s more likely than you think. In fact, it’s very likely because that’s exactly what this week’s AOTW picks have in store. I don’t know what it is about this first piece of art that is so peaceful, but it just makes me want to burrow into a blanket burrito with a hot tea whilst listening to smooth lo-fi. It’s just so cozy!

Our second pick isn’t a meme (shocking, I know) or a Titan (don’t boo me, I can hear you), but it is a stunning piece of art that acts as a reminder of just how magical space wizards really are. Plus, “smol” Void child is the best Void child. Thank you for coming to my TED Talk.

Art of the Week: Namrask Weaves

Art of the Week: Little Childe

As always, don’t forget to hit us with those #Destiny2Art, #AOTW, and #MOTW tags for a shot at being featured in a future TWAB.

It has been a minute since I’ve been hands on with the TWAB process but I’m stepping in for DMG as he walks the earth. Glad I still remember how to do it. There are so many people who coordinate together to make these happen and I always enjoy getting to watch it all come together.

Well, I’m writing this before Guardian Games have actually started. All of that stuff at the top about Hunters winning the first few days was an assumption. Maybe I will update this before the TWAB goes out to reflect what actually happened, maybe I won’t. Past me is fickle and reckless. Future me is responsible and honorable. I wonder who won out in the end.

This sort of detail is extremely useful, thanks for detailing this.

Thanks, I accidently broke the key when moving the formatting over. It's fixed now if you want to update this post. :)

Welcome back sports fans! The Guardian Games have commenced, and Hunters Warlocks have taken the lead. But it's still early in this three-week competition and it’s anyone’s game.

Is this you proving that the games are not rigged? Hunters Warlocks have taken the lead?

They are definitely not rigged. I assumed Hunters would win the first couple of days like last year when drafting this. Then I struck through them and put Warlocks. Then I forgot to add the strikethrough formatting when moving everything into the CMS. Should be fixed now!