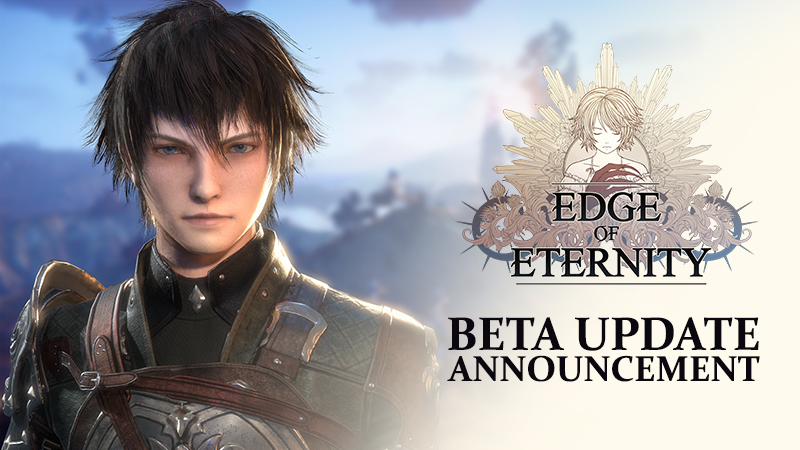 During this summer, Edge Of Eternity will go through very important steps. We have been in Early Access for nearly 20 months now and it has allowed the game to grow progressively into what it is today.
Our epic JRPG now represents more than 30 hours of gameplay, shared between six chapters (including Chapter 0 - Seed of Destruction, which serves as a prologue to the story). More than half of Daryon and Selene’s quest is already part of the game, and our small indie team is fully dedicated to deliver the final chapters over the next months!


On August 14th, Edge Of Eternity will enter its beta phase.
Despite all our efforts we know that our game is not flawless. It's time to address these flaws. Rather than add more content to the game, like we usually do, we decided to step back and fix everything we can to make the game smoother and more pleasing to play, both for newcomers and veterans. This includes bug fixes, animation clean-ups, UI optimization and many more updates that feel necessary to apply to the game; in other words, it will be a huge composite update that includes all the smaller ones we wanted to add to the game.

We we will also seize this opportunity to add Spanish as a new language option!

Several very awaited updates are on the way :

The New Battlecam
It is maybe one of the most awaited updates we had in mind: a revamped, new and improved battle camera. It was quite a challenge to make the fights more understandable and more immersive at the same time. With this new cinematic battlecam, we believe we pulled it off: your eyes will be set behind each attacking character, following them as they attack and passing to the next.
Edge Of Eternity’s battles will be more epic than ever before!

Cutscenes Improvements
One of the greatest strengths of Edge Of Eternity, like many JRPGs, is its story. We want our players to feel involved and touched by the characters’ quest, their struggles, their failures and their most shining moments. A huge part of this relies on your ability to sympathize with the characters, to identify with them.
To help with this, we’re reworking the cutscenes: we’re improving the lighting, the color and revamping the lipsync system; in addition to this, we’re making sure that their unspoken emotions are more visible, in order to let the player know what is happening, let them feel what is happening.

New Character Designs
In the continuity of the cutscenes, we’re also reworking the character designs for the main characters - Daryon, Selene and their companions. The many NPCs of the game will also be progressively reworked as a next step, as the priority was not on them.
You may have seen comparisons between the “old” Daryon and his new appearance on Twitter or Discord, but just in case you missed them, here they are: 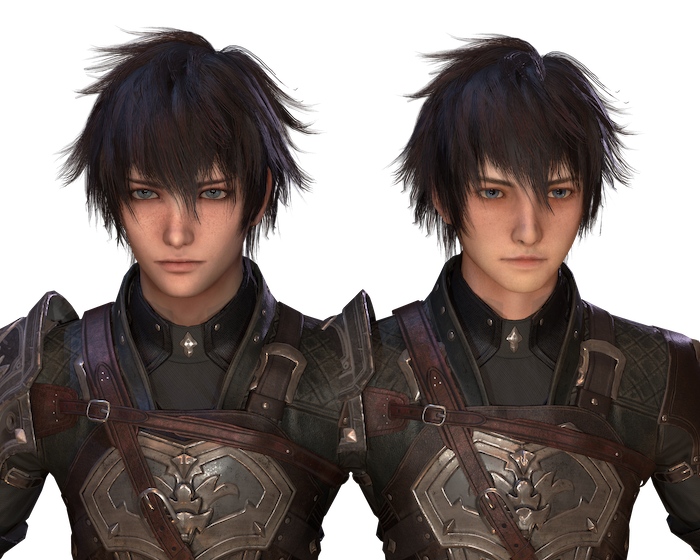 [The new version is on the left]

And in case you’re wondering how significant the difference is for other characters, here is his squad from The Consort’s army: Ordo, Sil, Zandra and Kino! 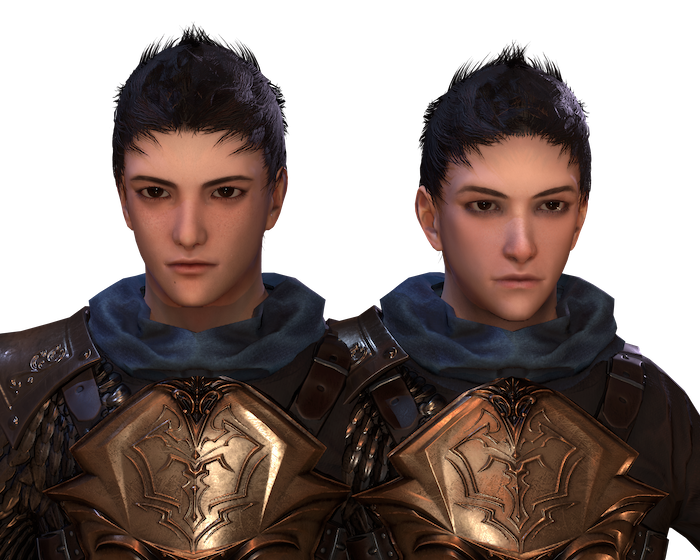 [This is Ordo. The new version is on the left!] 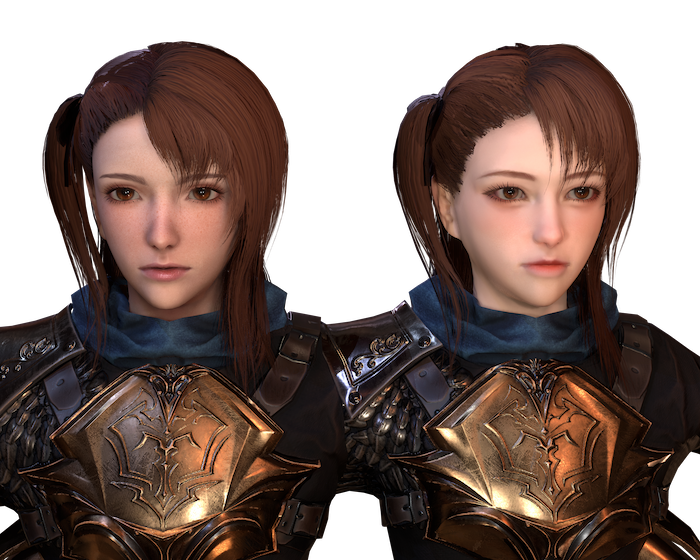 [This is Sil. The new version is on the left!] 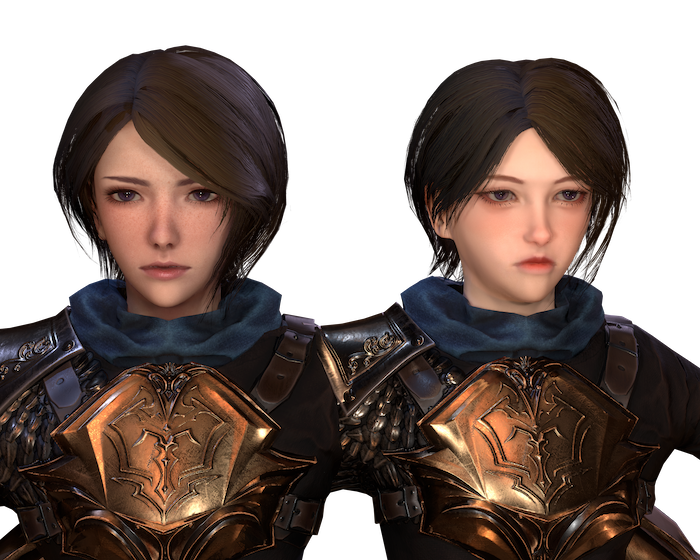 [This is Zandra. The new version is on the left!] 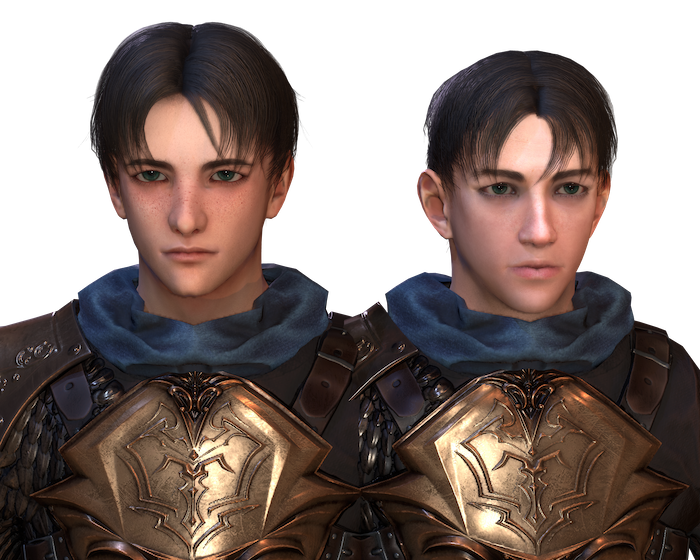 [This is Kino. The new version is on the left!]


Dynamic Events
Since making a game more organic doesn’t rely entirely on improving the characters and their appearance, we have to improve the world so it feels more alive as well. For this, we’re creating a system of dynamic events and spontaneous secondary quests that will grab your attention as you wander through Heryon, offering a certain variety to your adventures that it might be lacking right now.
These new events will come with new landmarks in your game: look for them, and you might see something interesting happen!

New Crafting System
Finally, we want to make the acquisition of a new weapon feel more rewarding. To achieve this, we are creating a new crafting system, including recipes and materials gatherings; nothing beats a sword that you made yourself, with sweat and blood, when it comes to feeling epic and personal.

The updates above are just the main ones: they accompany a huge polishing operation for the whole game. The point of the Beta Launch planned for August is to make the game, in its current state, the best that it can be before going further and adding new chapters. Later this summer, an updated roadmap will be released to announce the dates of the future chapters.

Us entering the Beta Phase of Edge Of Eternity will also mark another change. From the very beginning of the project, we aimed at a game scope and price that is much higher than the current Early Access one. Based on the content we achieved and all the polish we are making for the beta stage, we feel that now was a good time to raise the price according to our plans, from €19,99 to €24,99.. To us, this price raise is a message and a promise: augmentation means that we reached this step of the game - we’re finally approaching the completion of the game.

This price raise will not occur until the beta stage is fully launched on August 14th, and you will still have some time to enjoy it for a few days right after. So if you want to get Edge Of Eternity for its current price, you still have until August 24th to do so! Don’t miss your chance to get it while it’s on the “early supporters” price!!


Last but not least, we know that many are waiting for the console versions. We have a clear commitment to them: don’t worry, the plan hasn’t changed, Edge Of Eternity will release on PlayStation 4 and Xbox One when the game will be complete. We cannot afford to run an Early Access on multiple platforms, no more than we believe it would actually make sense. We know you’ve been very patient already but as previously said we are now in the final steps. Those versions are coming and the final release of the game will be simultaneous on PC and consoles!

Get Edge Of Eternity in Early Access on Steam: https://store.steampowered.com/app/269190/Edge_Of_Eternity/

← More from Edge of Eternity

Game crashing when I make a new game

about 5 hours ago - Kaldorei

Updated to Beta game crashing due to Fallon

about 7 hours ago - Kaldorei

Does this have equipabble armor? Does it make your appearance change?

about 14 hours ago - Kaldorei

Playtime ? Can i complete the game ?

about 14 hours ago - Kaldorei
Get Discord notifications

Edge Of Eternity on Steam
Wage epic turn-based battles as you follow Daryon and Selene on their quest to find a cure to the all-consuming Corrosion in this grand tale of hope and sacrifice.