We have a discovery from the Phoenix Cultists.

This year, the Phoenix-worshipping Cult of the White Flame and the nomads brought us something else. We didn't have enough this year with the miracle of the Ashen Phoenix's Egg we found earlier, but one more magnificent discovery. There is no end to the incredible wisdom that these mysterious creatures bring us. Since the Ashen Phoenix arrival, the nomads discovered a deeper nature from one of our phoenixes. The unquenchable power of the Fire Phoenix reached a new plateau. 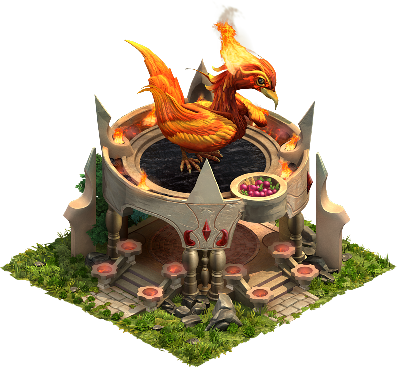 Do you have one of the most popular Phoenixes already available? If you do, you are in luck! Your Fire Phoenix is going to get better. And if you don't have one yet, remember, you can craft a new Fire Phoenix (as long as you don't have one) from your Magic Academy. Don't forget about the possibility to exchange Phoenix Artifacts through Crafting is available during the Rise of the Phoenix Cult event.

Starting this Friday, you will find a new quest from a known face;

So, make sure to login since you will find that this is a simple quest since it will only request you to have a Fire Phoenix. Once you do, you will be rewarded with a set amount of gold (10% of your total Coin Storage at your Main Hall), as well as with the following item:

You will find this mysterious item in your Inventory, right next to your Phoenix and other artifacts. The nomads discovered that after two seasons, a well-fed Fire Phoenix would lay a Revlis Egg. You will be able to use this item on your Fire Phoenix Stage 10. Once you do, your Fire Phoenix's flames will look even more majestic. But this is not the only change. Once your Fire Phoenix experiences this "extra evolution," its feeding effect will change from the current 50% to 75%. (There will be no change to its population and culture, as well as its other rewards.) Now, your new phoenix will be called "Phoenix of the Holy Fire."

In addition, starting this Friday, you will find the "Pet Food Pack." 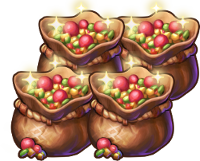 We wish you a lot of fun and easy tournaments with your new Phoenix of the Holy Fire and would love to hear your feedback about it in our discussion thread.

Please use this thread to discuss the update to Rise of the Phoenix Cult: Fire Phoenix of the Holy Fire

We're looking forward to your feedback!


Phoenix of the Holy Fire
Dear Humans and Elves, We have a discovery from the Phoenix Cultists. This year, the Phoenix-worshipping Cult of the White Flame and the nomads brought...