Sunken Secrets brings players to explore a lost city under the sea! You can check out our release blog for a detailed look at the new content and features. Otherwise, here’s the Release Notes straight from the Blunderdome Construction Crew[www.fallguys.com]. 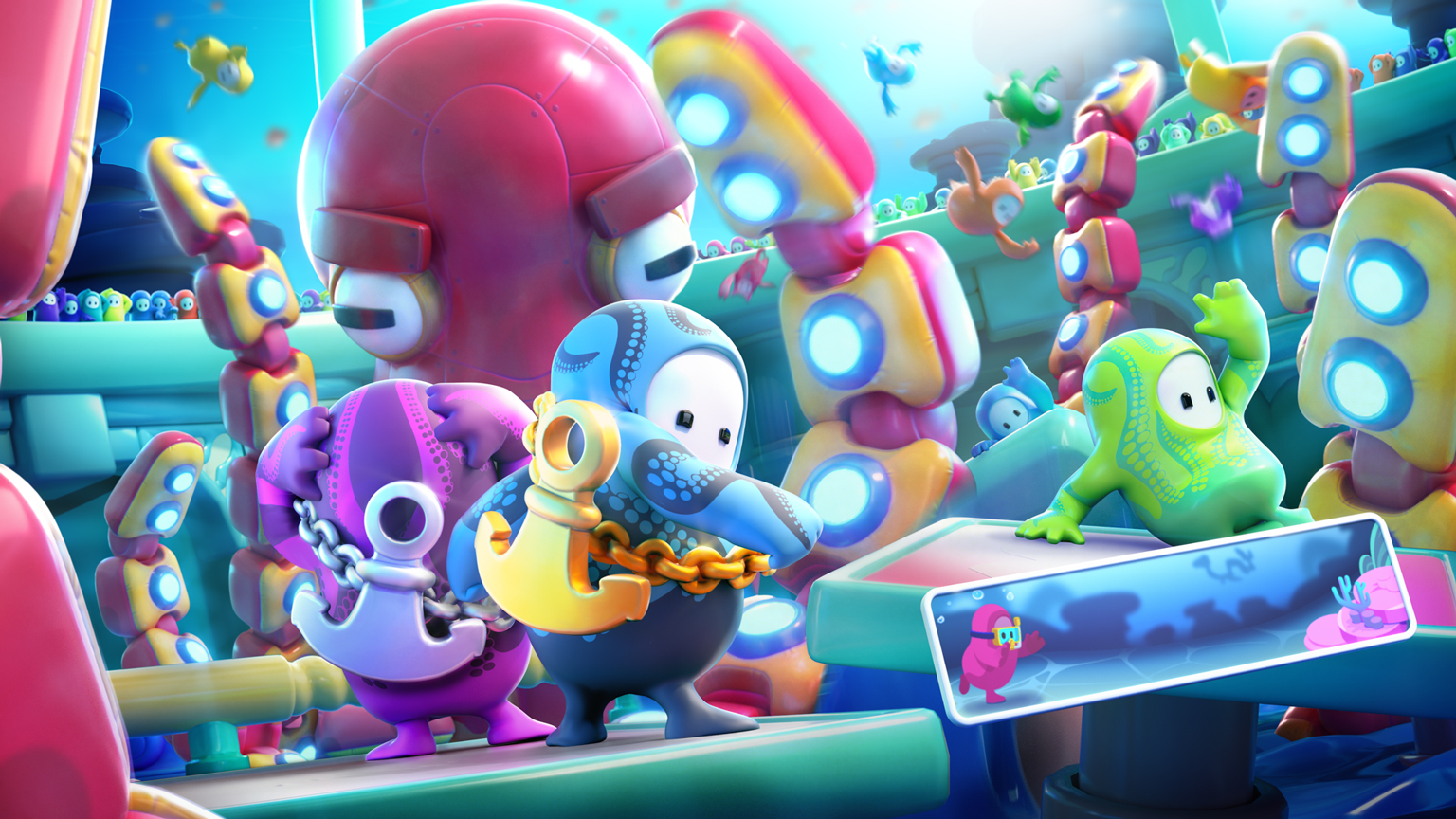 DIVE INTO THE LET’S GET KRAKEN EVENT!
Exploring the Lost City might be a dangerous adventure for some beans, as there’s evidence of a Kraken lurking in the ruins, but it’s worth taking on the challenge. Playing the new Rounds will deliver some delightful rewards to the Beans making waves.

And for very keen beans, you can unlock the Golden Sands Anchor Wearable by completing two additional Challenges, coming to the Let’s Get Kraken event from November 29th!


As always, a huge thank you to our brilliant Dev and QA team for sorting these updates and to the entire Fall Guys Team for working so hard on our favourite bean game!

Please remember to always report any in-game issues you face to our wonderful Support Team[support.fallguys.com]. Your feedback and reports are so vital in helping us keep Fall Guys as fun, playable and exciting as possible!

See you in the Blunderdome!