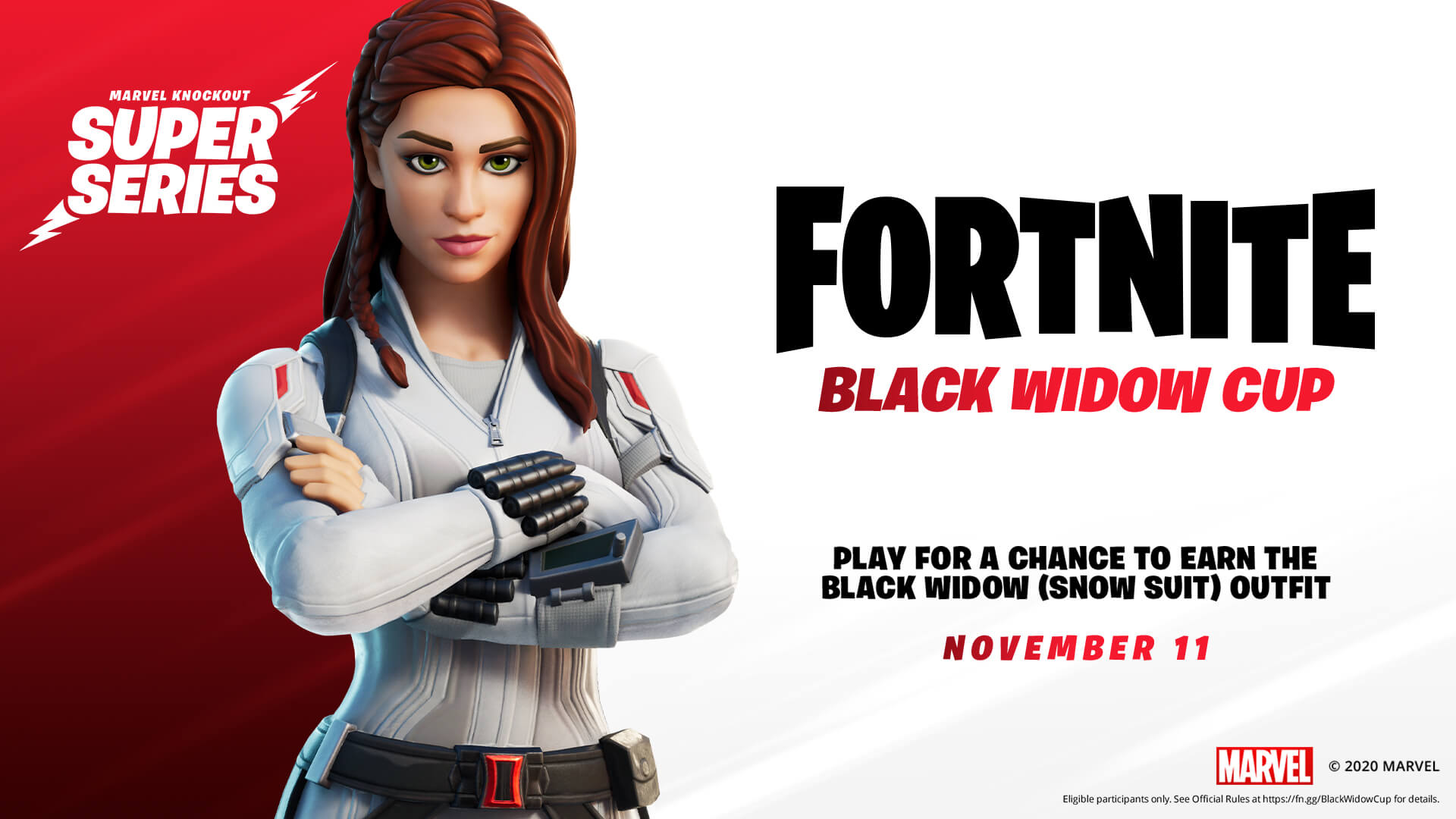 A new Marvel Super Hero emerges from the shadows in time for this week’s Marvel Knockout Super Series.  Reminiscent of Natasha Romanoff’s rigorous training, the Black Widow Cup will test the skills you’ve learned from the Daredevil and Ghost Rider Cups.

Take on the competition this Wednesday, November 11, in the Black Widow Cup. With your Duos partner, weave together enough victories and you will have the chance to earn the new Black Widow (Snow Suit) Outfit and Back Bling before it hits the Item Shop.

Grab a sidekick and compete this Wednesday, November 11 in the Black Widow Cup, which features the Marvel Knockout LTM (Duos). Scheduled start times by server region are as follows:

Go to the Compete Tab in the Game Lobby. Locate the Black Widow Cup and find the local time it starts for your region. The event playlist will be available in the playlist menu once the event has started.

Note: You cannot fill into tournaments and you must reach account level 30 to participate as well as having 2-Factor Authentication set up.

What is Marvel Knockout?

Marvel Knockout is a spin on Operation: Knockout that sees your team utilize super-powers to be the best team in the tournament bracket. Battle alongside your partner against foes in a 4-round knockout fight! Each round your team will be given a different set of powers to battle opponents with mirrored abilities!

Enjoying Nexus War and the Marvel Knockout Super Series?  Marvel Studios’ spy thriller Black Widow, arrives in theaters on May 7, 2021. Watch Natasha Romanoff confront the darker parts of her ledger when a dangerous conspiracy with ties to her past arises. Pursued by a force that will stop at nothing to bring her down, Natasha must deal with her history as a spy and the broken relationships left in her wake long before she became an Avenger.