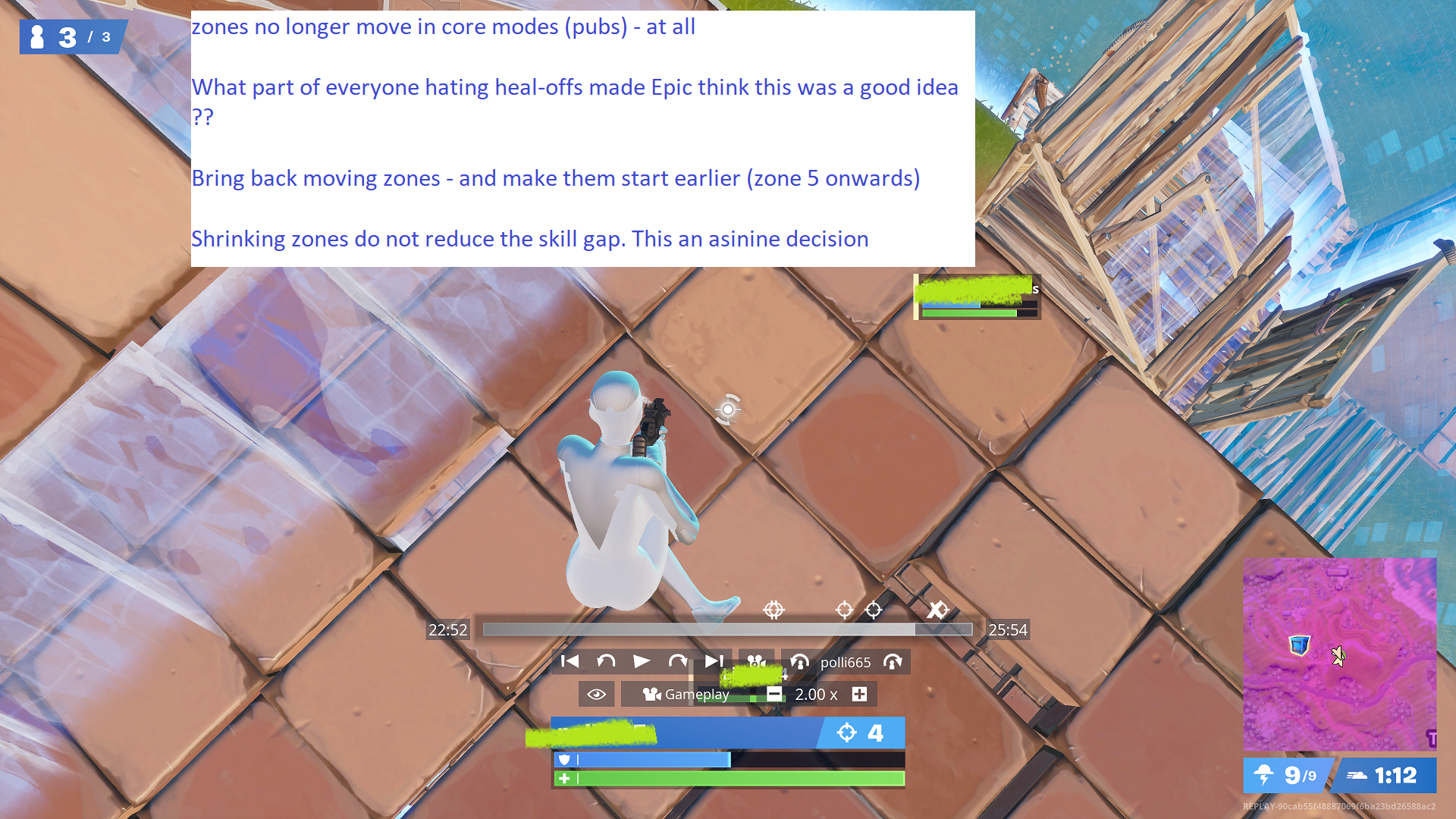 Hey /u/egirlval and thread - thanks for calling this out!

Removing moving zones in non-competitive matches was not an intended change in yesterday's Tornado Week hotfix. Your reports have helped us discover a bug where if non-competitive zones close around a pocket of the map they may not move as they shrink, resulting in the screenshot above.