11 days ago - /u/ - Direct link
A lil somethin somethin: You can find the details for this event on the announcement page here.
11 days ago - Lil Shammgod - Direct link
Welcome back, Prospectors!
To celebrate the final Icarus Beta Weekend and your community creations and adventures we are running a series of competitions and giveaways.

To help you enter we have added a new Photo Mode and added NVIDIA’s RTX Global Illumination tech to make Icarus even more beautiful but deadly.

ICARUS is a big and beautiful (but dangerous) world. And we want you to document it. The most breathtaking environments. Those heart stopping beastly encounters. And plenty of teamwork making your dreams work. Have at it!

Here are the categories:

The winner of each category will win:
How to enter:

You knew this was coming. Since the very first prospectors dropped onto Icarus, you have been building some incredible things. From bridges over troubled waters to castles in the sky - your creativity knows no bounds. So now we’re going to reward you for it!

Here are the categories:

The winner of each category will win a:
How to enter:

Terms and Conditions: For the Best Photo Competition and the Best Build Competition:
We bet you’re already planning what you’re going to create right now! 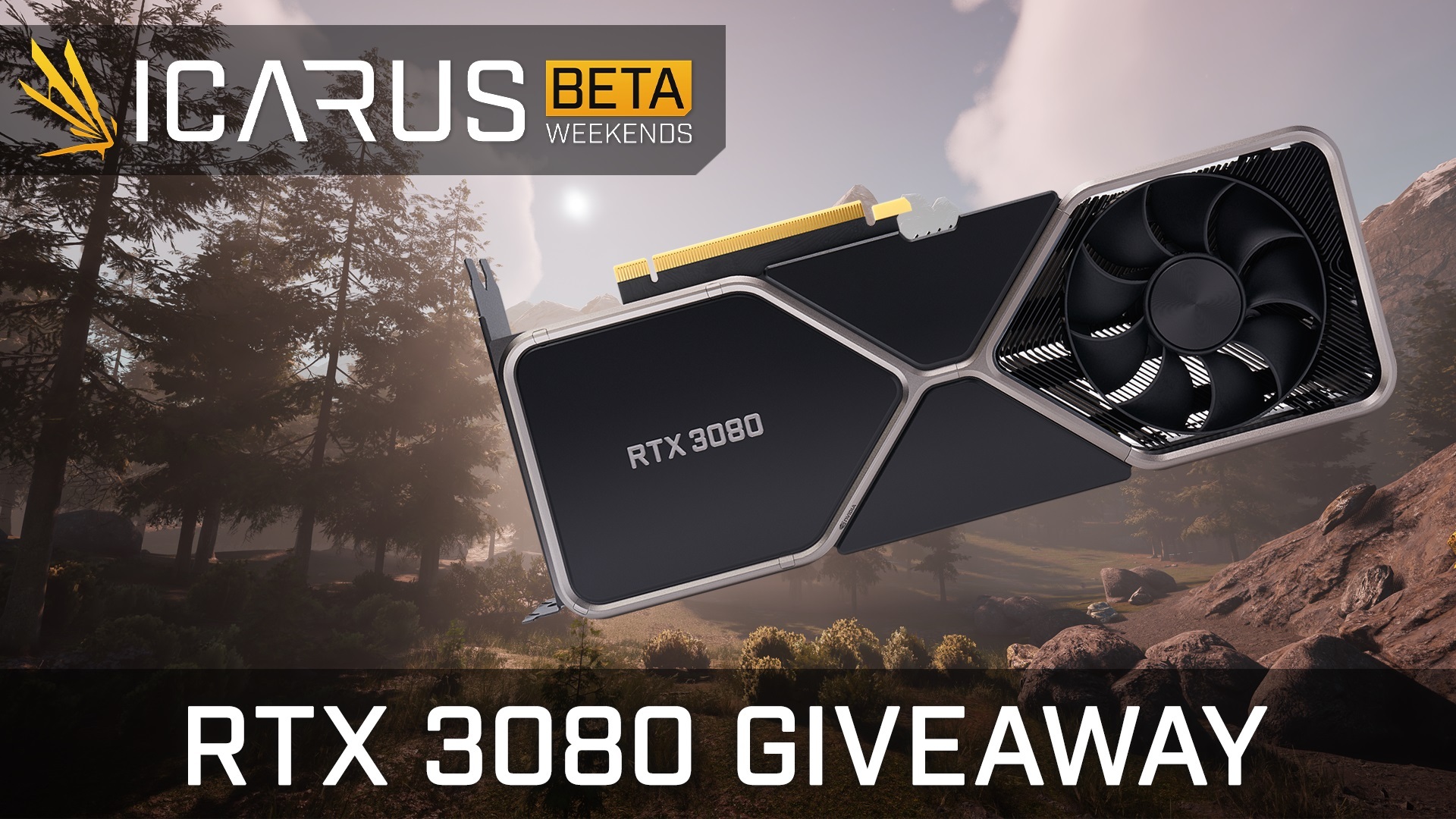 Not interested in creating any content? Just want a chance to enter to win some amazing prizes while dropping onto Icarus one last time before launch? Well we’ve got that covered, too. Thanks to NVIDIA, we’re giving away not one but two RTX 3080 GPUs to two lucky Icarus prospectors.

All you have to do... is ENTER HERE[gleam.io]. There are 20 ways to enter and each one (such as following RocketWerkz and NVIDIA on social media) earns you another chance in the prize draw.

Icarus will be a live game with regular updates for a long time to come, so signing up to our social media is a great way to stay up-to-date with new features and content.

Until then, happy prospecting!