about 2 months ago - /u/sliced_lime - Direct link

It’s been quite the trek, but we’re here. At the summit. The Caves & Cliffs Update: Part II is out today, completing the much anticipated cave update. What better way to celebrate than by climbing to the top of a higher than ever mountain. Let’s take a moment and just take in that view. Wait. What’s that sound. Don’t tell me that goat is back.

Where am I? It’s dark down here! It’s almost as if I fell a greater distance than I would have before today. Figures. While I try to get out of this dripstone cave, I hope you enjoy all of the new features that 1.18 brings. Could you pass me a candle before you leave? It really is dark down here.

This update can also be found on minecraft.net. 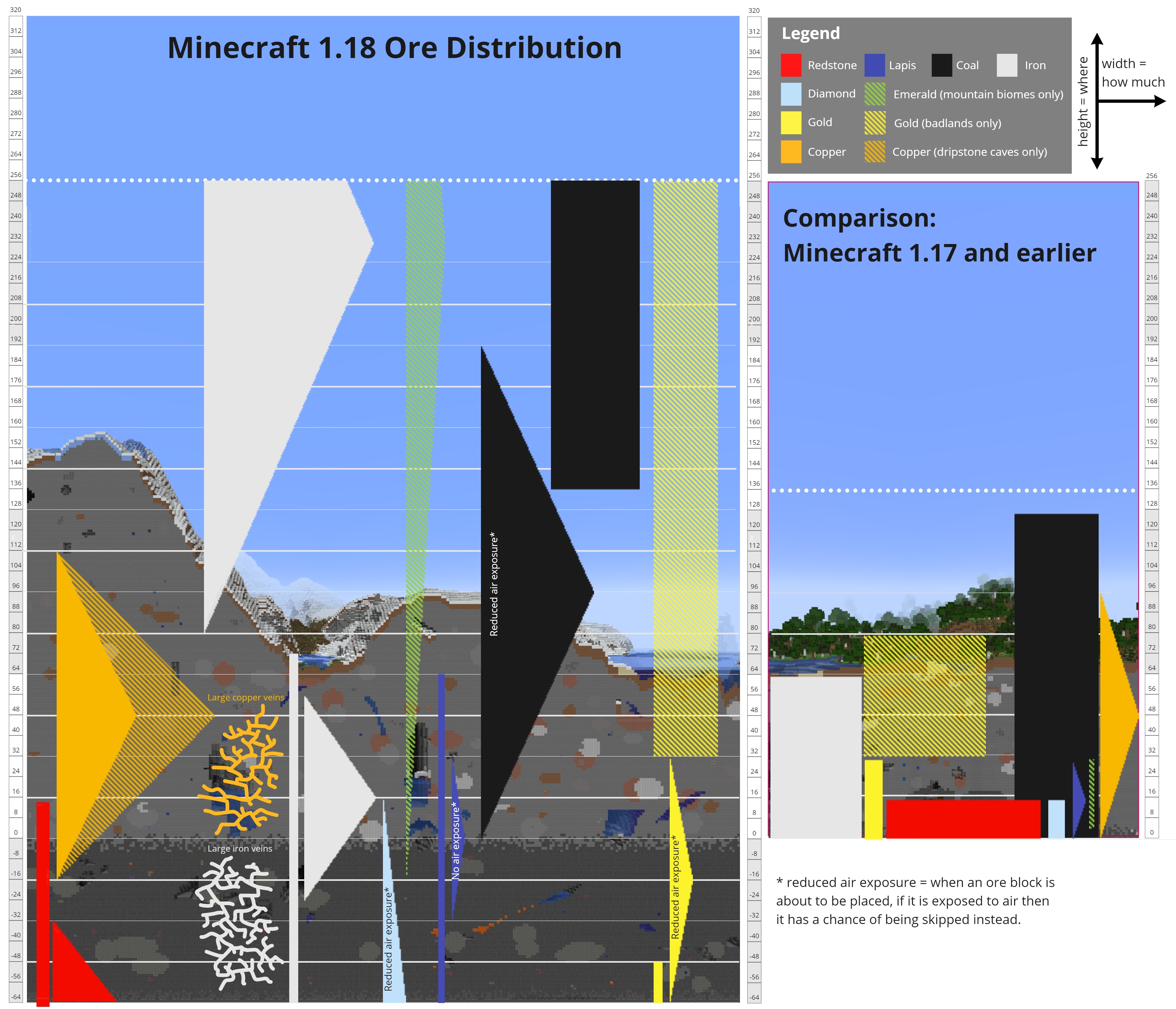 All events are enabled when starting the profiling using either jfr start command or --jfrProfile startup flag. If profiling is started through any other means for monitoring purposes, only the ServerTickTime, LoadWorld and NetworkSummary are included by default.

Java Flight Recorder (https://openjdk.java.net/jeps/328) is the internal JVM profiling tool bundled with the Java Runtime to analyze performance and runtime characteristics.
It's a useful tool for exposing internal JVM performance metrics as well as custom metrics that can be monitored or analyzed using any stock Java profiler or monitoring agents.

A profiling run can be started using any of the following alternatives:
The run will then be stopped either by:

A summary JSON report is written both to the log file and in the debug folder accompanied by a .jfr recording ready to be analyzed in i.e JMC https://github.com/openjdk/jmc or any other profiler tool supporting the format.

Added new mandatory field type. This type will be written into BlockEntityTag.id, to make sure that this tag can be correctly migrated between versions.

In this release, we are re-introducing diagnostic tracking, which was part of Minecraft: Java Edition until 2018. We are bringing it back to better understand our players and to improve their experience. Specifically this information will help us prioritise various aspects of development and identify pain points. All data is treated according to GDPR and CCPA best practices and is used to develop a better-performing and generally more enjoyable Minecraft: Java Edition.

To install the release, open up the Minecraft Launcher and click play! Make sure your Launcher is set to the "Latest Release" option.

Want to give feedback? - Head over to our feedback website or come chat with us about it on the official Minecraft Discord.