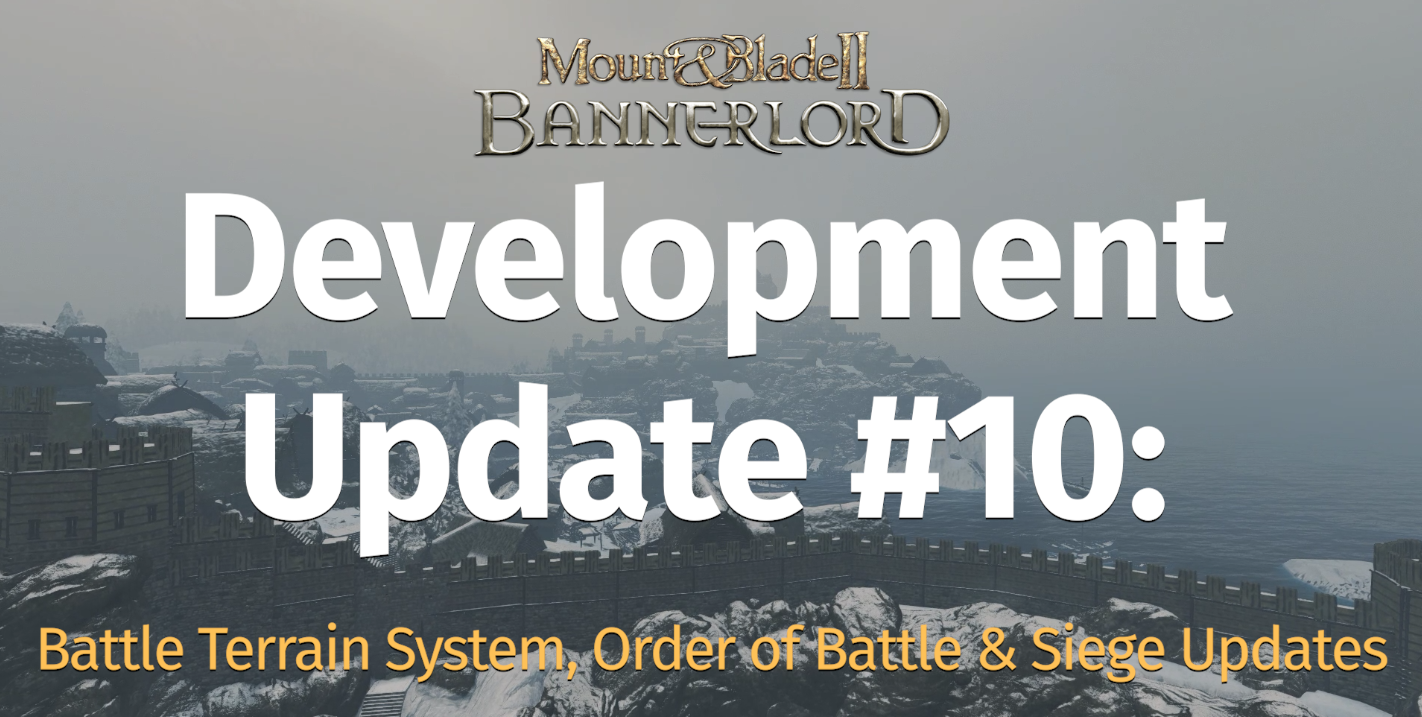 In this video, we take a look at some of the highlights of the recent e1.7.0 update and explain an important change to the save/load system that requires your attention!

As always, a text version can be found below.

e1.7.0 is now live, bringing many new and exciting updates that we’ll be taking a look at in this video.

But just before we get to that, we want to inform you of a change to the save and load system that will render old save files incompatible with future updates, unless you act now!


SAVE SYSTEM UPDATE
e1.7.1 cleans up some of the underlying code for the save and load system but unfortunately, this means that you need to manually load each save in e1.7.0 and then save it again. After doing that you will be all set for future updates!


BATTLE TERRAIN SYSTEM
OK, and now on to the fun stuff! To start we have the Battle Terrain System that was first showcased in Development Update #7. Make sure to check out that video if you missed it the first time around to learn more about how the system works, but just to give you a quick rundown: we divided the world map into segments, with each segment having its own scene assigned to it. When entering a battle, the system looks at the position and direction of the parties on the world map and uses this to determine the spawn points in the scene. The scenes are modelled on the world map terrain, allowing you to plan ahead and use the terrain to your advantage when positioning for an encounter. There're 72 different battle scenes for you to check out in e1.7.0 with even more to come in future updates!


ORDER OF BATTLE
As you head into battle, you will be met with another substantial update that was discussed previously in the Future Plans blog post (link in the description). Order of Battle is a new strategic phase that takes place before each battle that allows you to assign captains and troops to formations.

Using one or more filters, you can divide your troops into different formations by troop type, giving preference to Shield, Spear, Throwing and Heavy troops. After positioning your formations, you can issue them with a command for when the battle starts. Finally, newly added formation cards show the number of troops, type, ammo, and morale for each formation.


BATTLE MORALE SYSTEM
During battle, you might notice some changes to the Morale system that aim to improve the overall battle gameplay experience, such as ranged kills now providing morale to allies, adjustments to morale damage from kills and fleeing agents, and agents regaining up to half of their initial morale in battles.


NO QUARTER
If you do manage to completely break your opponent and send them into full retreat, you can now press your advantage by ordering your troops to chase down fleeing enemies. The troops that are less likely to catch up to the routing force will pause to celebrate their hard-earned victory while the faster troops set off in pursuit.


SIEGE IMPROVEMENTS
Next up, we have some much-awaited updates to sieges!

Starting on the world map, we’ve increased the effectiveness of starvation as a siege tactic. Garrisons will no longer die from starvation, instead, they become wounded - and continue to consume food. You can see on the Siege UI exactly how much food is stored in the market and get a better idea of when starvation will kick in.

Moving on to siege missions, we have completely reworked the climbing of siege ladders and siege towers, fixing or otherwise improving many of the known issues. Finally, a number of AI behaviours were improved to make sieges more challenging and engaging.


CUSTOM BATTLE ARMY SIZE
If you’d like to check out the siege updates without risking your Ironman save file, you could always make use of the increased unit count in Custom Battle that allows you to take up to 2000 units into battle in a more controlled environment. But just to clear up any possible misconception here, the maximum number of spawned troops is still governed by the Battle Size gameplay setting.


ARROW TIME
If all that sounds a bit too hectic for you, you can make use of the Slow Down While Giving Orders setting that slows down game time by 75% while you are issuing orders. This setting is enabled by default, but you can always disable it from the Gameplay options if you prefer to command your troops in real-time.


HIDE BATTLE UI
And if you want to go one step further and really challenge yourself, you could enable the new Hide Battle UI setting in the Gameplay options to remove UI elements inside battle missions, such as your character and mount health, shield durability, and balance of power bar.


PERKS
If you like to take a more diplomatic approach to your affairs, you should definitely check out the reworked Charm skill perk tree. Most of the existing perks were completely replaced and secondary effects added.

Oh, and we also completed the partially implemented perks in the other skill trees and fixed all of the known bugged ones.


LOCALISATIONS
For our international friends, e1.7.0 saw the arrival of French, Italian, Japanese, Korean, Polish, Brazilian Portuguese, Russian and Spanish text localisations, bringing the current total of supported languages to 11, with German also in the works and due to arrive in a future update!


MISCELLANEOUS
Improvements were made to party AI, allowing parties to now run towards allied forces when fleeing from an enemy. Weaker parties will no longer seek to engage stronger parties, and lords will now consider troop desertion when hiring new recruits.

On the economy side of things, the overall prices of items were reduced, with higher tier items getting the biggest reductions.

A number of UI updates were added, including a CONTINUE button on the launcher that lets you jump straight into your latest save game, more prominent quest markers, party speeds added to party nameplates, icons to show if a weapon is braceable or couchable, improvements to the Save Games screen, and many more!

A setting was added that stops the game when the focus to the game window is lost (Alt-Tab). You can find this setting under Gameplay in the options menu.

Bastard swords can now be used single-handedly without a shield by using the alternative switch toggle while in two-handed mode.

And of course, it wouldn’t be a Development Update video without some good old fashion souls, so here are two new armours for you to add to your collection!


MULTIPLAYER
Over in multiplayer, around 40 new items, including some high tier battle crowns, were added to the player customisation system.

Player profiles received a major overhaul, with changes to the Lobby screen and a new Profile page added in place of the old Social tab. Through this screen, you can see a more detailed breakdown of your player stats, access your badges, see your clan information, and access your Bannerlord friend features. You can even navigate to your friend’s and clan members’ profiles to check out their stats!


OUTRO
And that’s just some of the many changes you can find in e1.7.0. We really hope you enjoyed the video and we’re looking forward to hearing your thoughts on the featured updates in the comment section below. Thanks for watching, and we hope to see you again next time!
4 days ago - Callum - Direct link

In this video, we take a look at some of the highlights of the recent e1.7.0 update and explain an important change to the save/load system that requires your attention!

As always, a text version can be found below.

e1.7.0 is now live, bringing many new and exciting updates that we’ll be taking a look at in this video.

But just before we get to that, we want to inform you of a change to...
Read more
← More from Mount & Blade II: Bannerlord