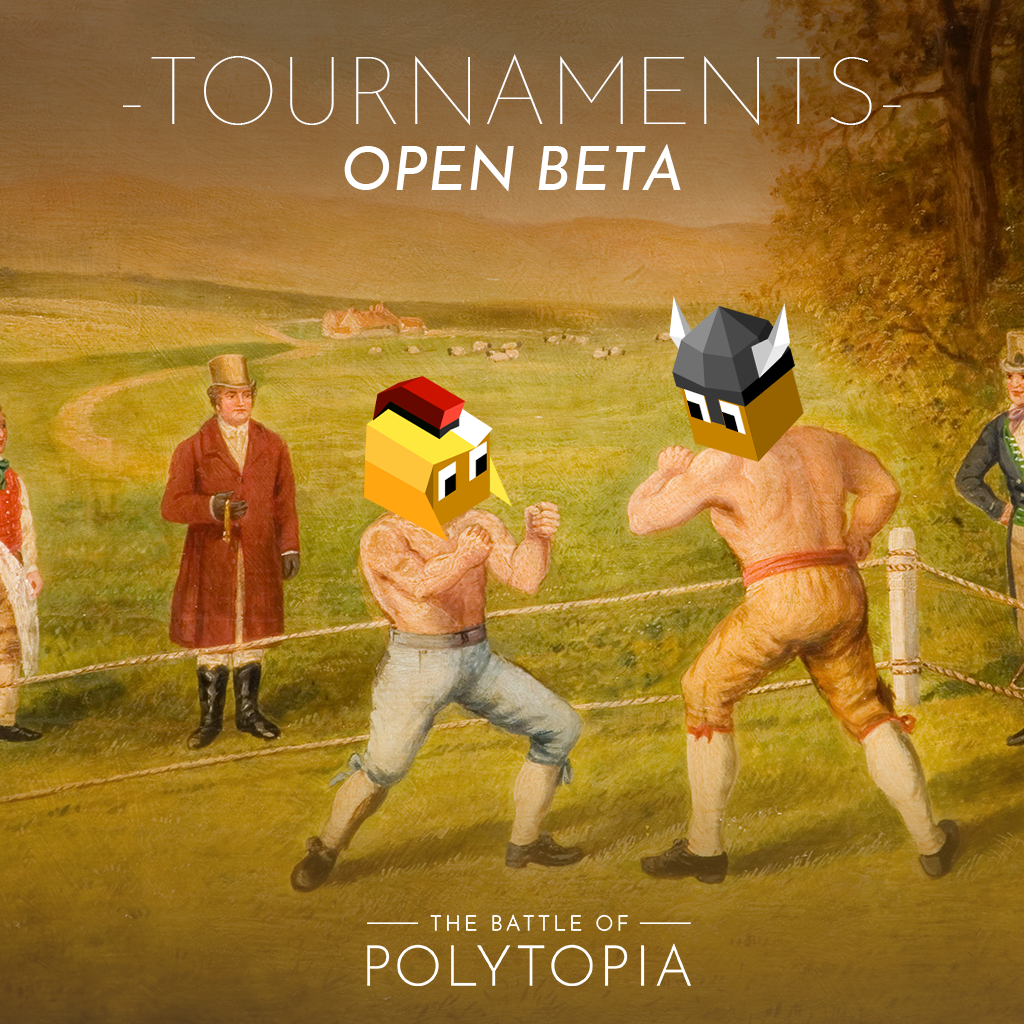 Your patience has been rewarded! The Tournament Update prepared by our wonderful friends at Challengermode is finally going into beta testing! Live Games, Lobbies, Replays, and Tournaments are some of the cool, new additions to Polytopia, and we need your help testing them out! Since most of these things (not to mention all the humor) have already been discussed in that link, we'll keep this a nice, short refresher to get you all up to speed.

So, what are these things? Let's break them down, one by one.

Lobbies We're overhauling the normal process that you've used to join games by creating Lobbies! Lobbies are a much more flexible version of the previous idea, as now they're not time restricted and you can invite people through a shareable link! This should hopefully make joining a game with friends a lot easier!
Live Games 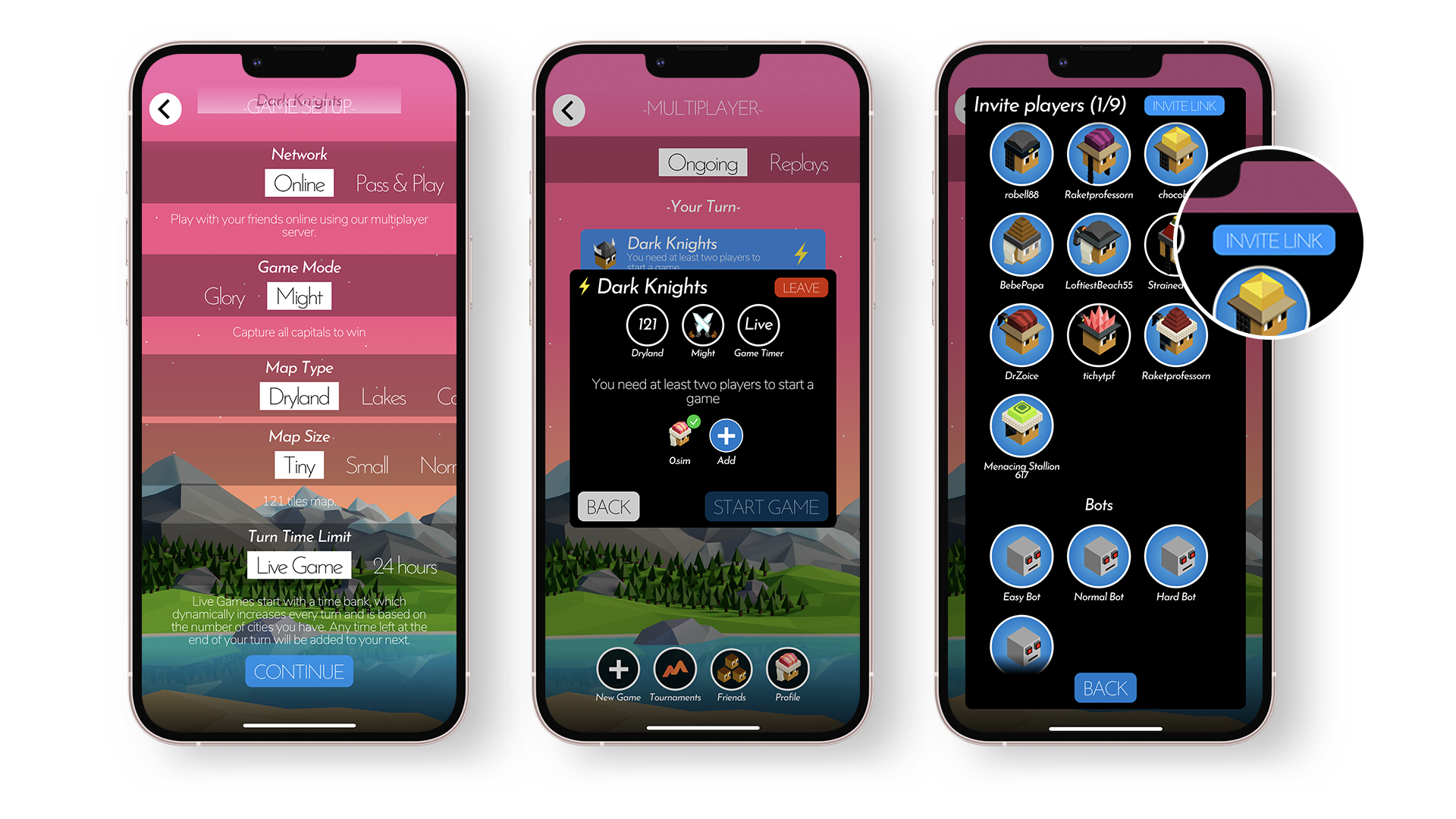 Live Games are the new replacement for the 5 Minute Timer, which functions similarly to a Chess Timer. You start with some time in a bank, and every turn you take rolls over any unused time for next turn. The longer you take, the less time you'll have for later, so you'll have to be quick! Don't worry, you'll get more time as you play, so you're hopefully never going to get stuck.
Replays 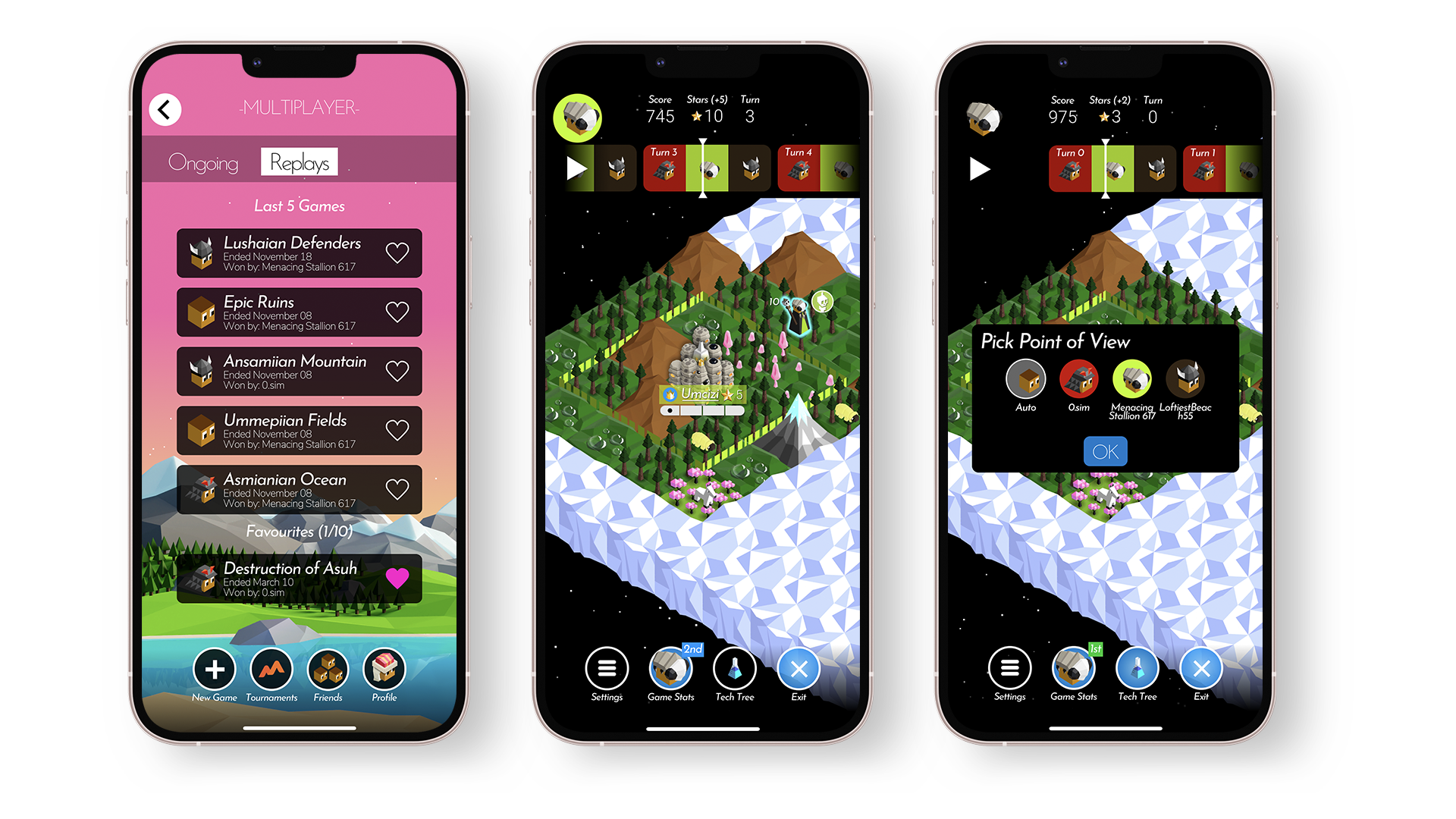 Online multiplayer games will now be saved to the cloud, and able to be accessed from the new "Replays" tab in the multiplayer menu! You can share links to the replays for everyone to see that particular replay!
In-Game Tournaments 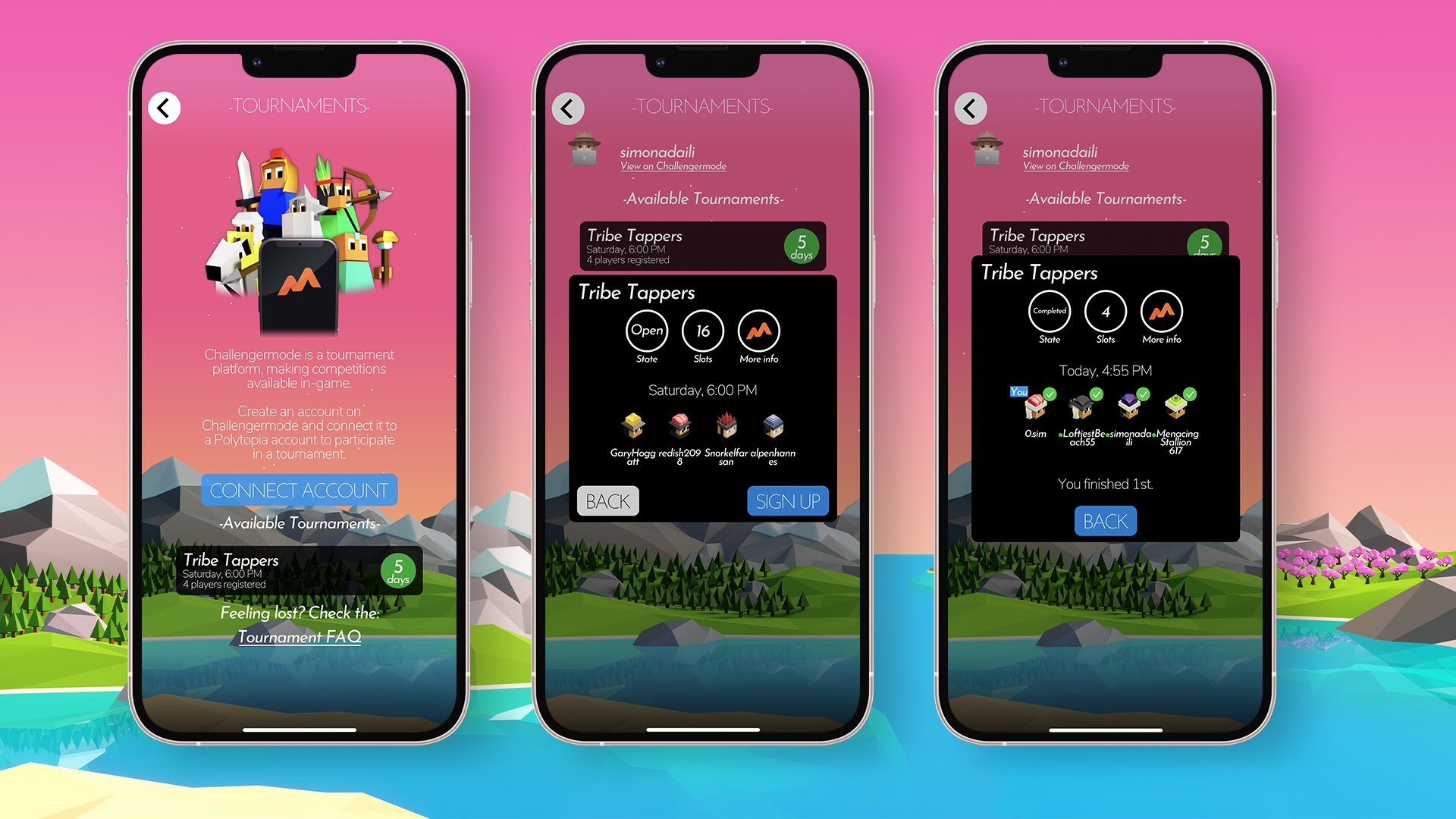 You can now join in-game tournaments hosted by us, Polytopian communities, and even your friends, all from within the app, itself!
How do you join a Tournament? Oh Yeah, We Forgot Something! Yes, yes, ingame tournaments and lobbies are cool, but we've added something that many of you have been asking for since the moment Polytopia was added to Steam.

Steam/Mobile Crossplay
Yeah, you heard us right! Steam, Android, and iOS can now all play together!!! Just add your mobile friends like you would anyone else, and get started dukin' it out! Likewise, all Steam players can join tournaments with mobile players, and vice-versa.
Other Notes
Thank you for joining us on this journey as we've added these features to the game!

Since this is an Open Beta, anyone can join! Just use the Beta Access Code: polytopiabetatesters to get access!

Android fans can use: https://play.google.com/apps/testing/air.com.midjiwan.polytopia

iOS fans can use: https://testflight.apple.com/join/gOmMb4DE

Tell us what you think in the comments!
-Zoythrus
← More from Polytopia