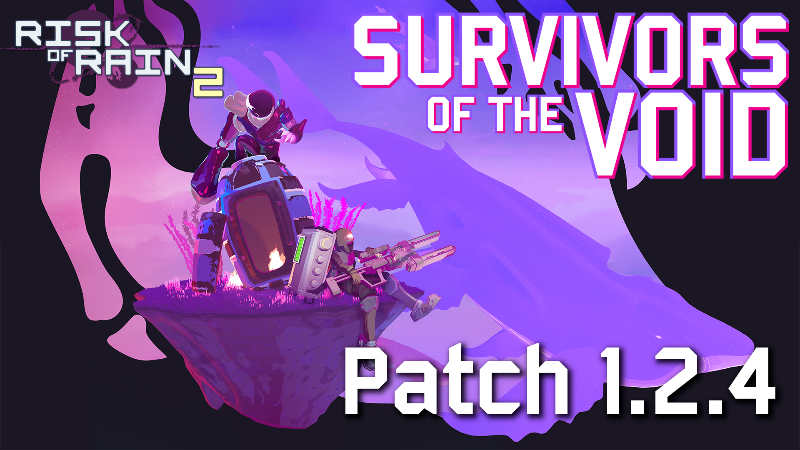 Changes with the ‘🌧’ icon in front of them are changes or additions suggested by the community. As always, if you want to stay up to date on the game or give us feedback feel free to join the discord at https://discord.gg/riskofrain2

The goal of this patch is to address lower-level bugs, while also taking a look at some content changes and more long-standing bugs that have existed in RoR2. In addition to that, you can now sign up for our mailing list in game to stay updated on our latest announcements!

We are also expecting to push another very small patch (1.2.4.2) within the next couple of weeks which will fix the following issues:

This patch introduces a bug whereby playing a singleplayer game after a multiplayer game will cause the difficulty and prices to remain at multiplayer levels. As a temporary fix simply restart the game - we will have a permanent solution in place for the next patch!

Enjoy the increased difficulty while you can, challenge hunters!

As ever - thank you to everyone who has given us feedback and reported bugs since the launch of the expansion, we appreciate each and every one of you! To keep up to date with any further updates please follow us on Twitter or join our Discord[discord.gg]. Also don't forget the new Mailing List you can sign up for from the in-game menu, and for those of you not able to access that we're going to have a web-based sign-up soon!