Did you miss our latest Development Thoughts? Check out the link below with new details on the 1.0 launch, and more!

A fresh Development Thoughts is now live for your reading pleasure! Check it out to get the latest details on the road to the 1.0 launch! Read now: https://t.co/qVGp1fZSiN https://t.co/8CwRdf8DmB

A fresh Development Thoughts is now live for your reading pleasure! Check it out to get the latest details on the road to the 1.0 launch! Read now: 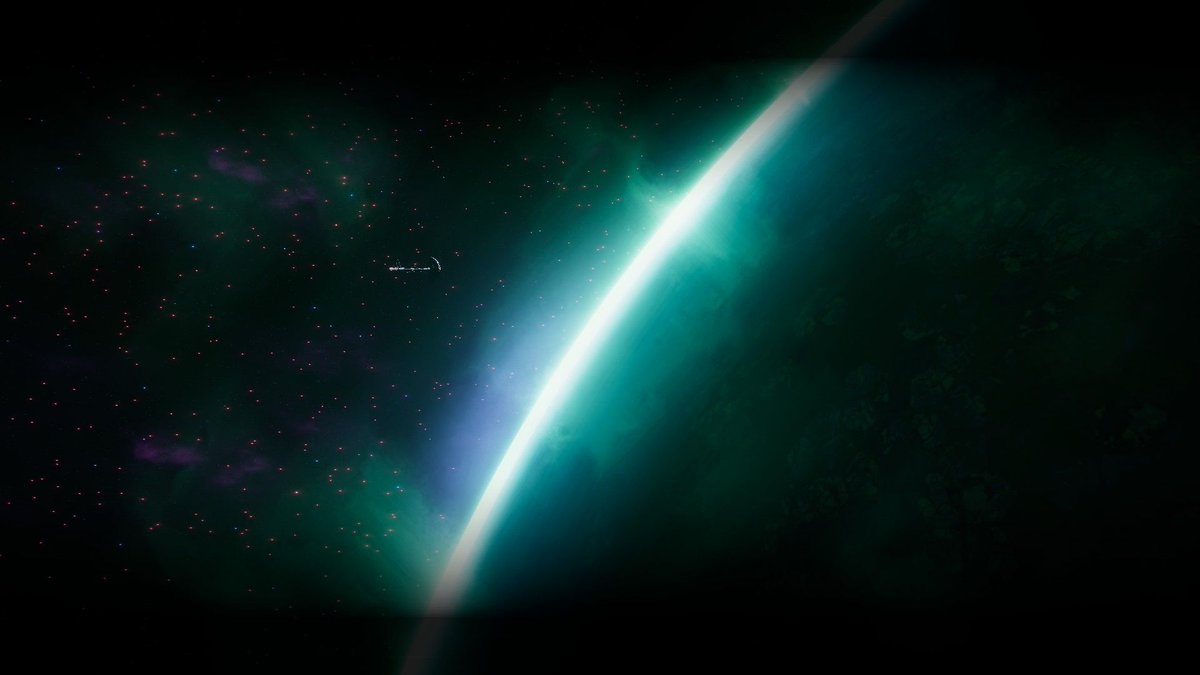 As the title might suggest, we are hiring! This is big news for us, since we’ve always been an incredibly small company.

We’ve launched our new website http://hopoogames.com, where we’re hoping to start adding job listings over time. We also have a new official twitter https://twitter.com/hopoogames for Hopoo Games, where we will tweet company-related stuff. Our first listing is for a Lead Pixel Artist on a non-disclosed game. Stay tuned for that :-) 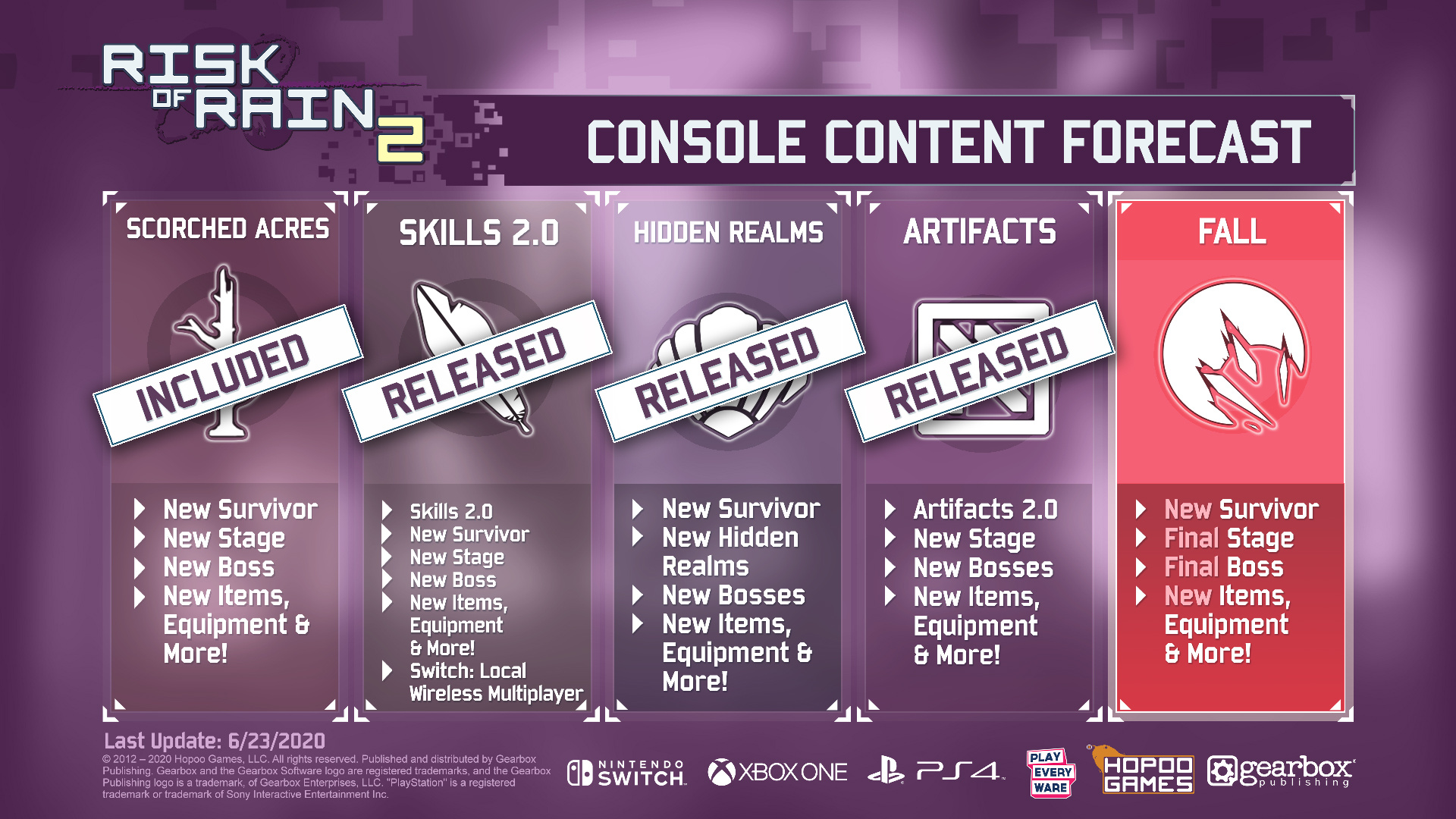 Risk of Rain 2 is currently 20% off during the Steam Summer Sale! Buy Now: 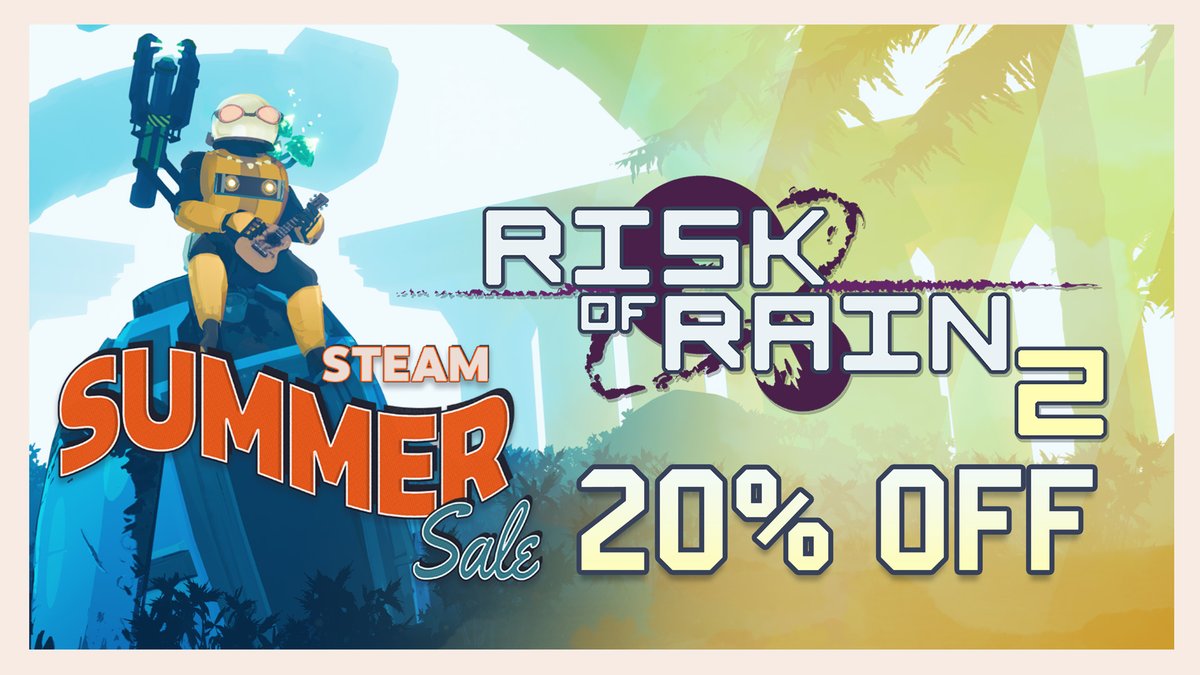 The Artifacts Update has arrived on consoles! The fourth content update for Risk of Rain 2 is available now to download for everyone on the PS4, Xbox One, and Nintendo Switch! Patch Notes: 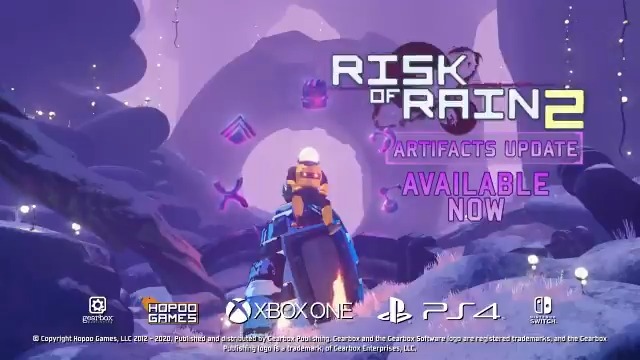 The Artifacts Update for Risk of Rain 2 will be available to download for PlayStation 4, Xbox One, and Nintendo Switch on June 23! 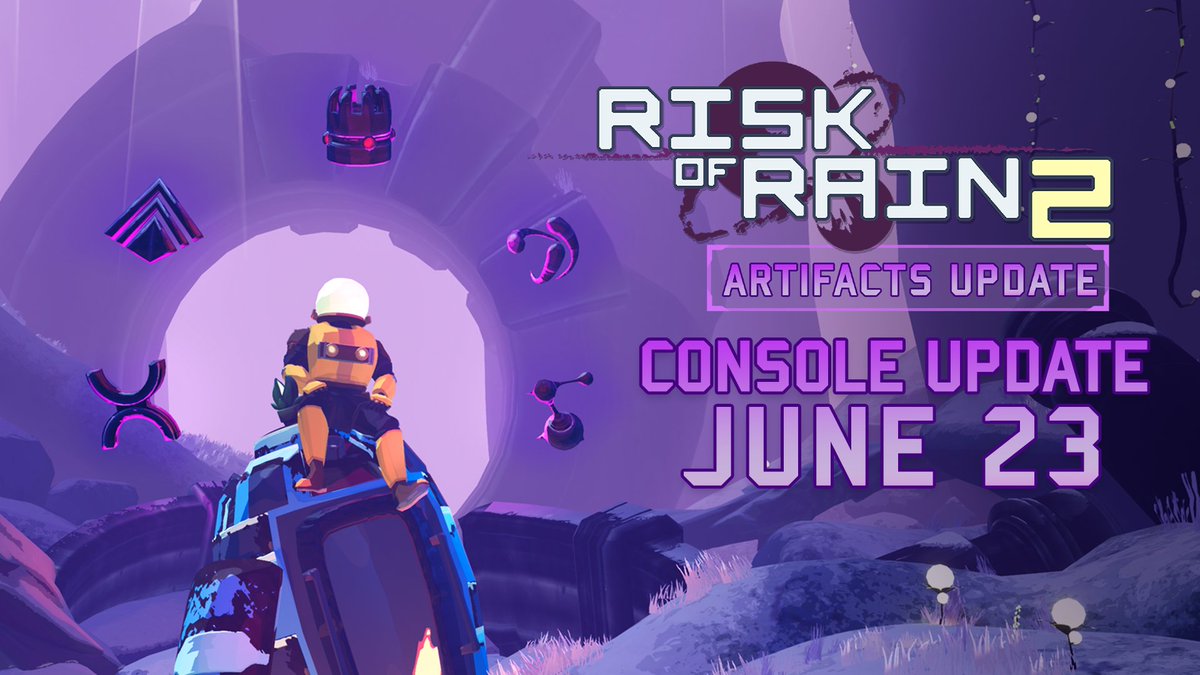 Can you keep up with the chaos? 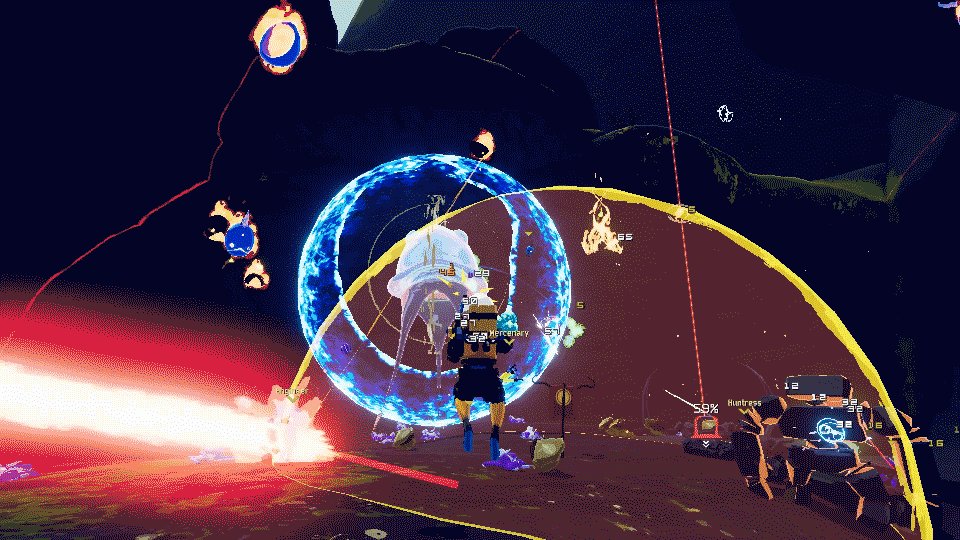 Thank you to our friends from @PlayStation for featuring Risk of Rain 2 on the PS4 "Discover Monthly Picks" this month! Check it out on the PlayStation Store! 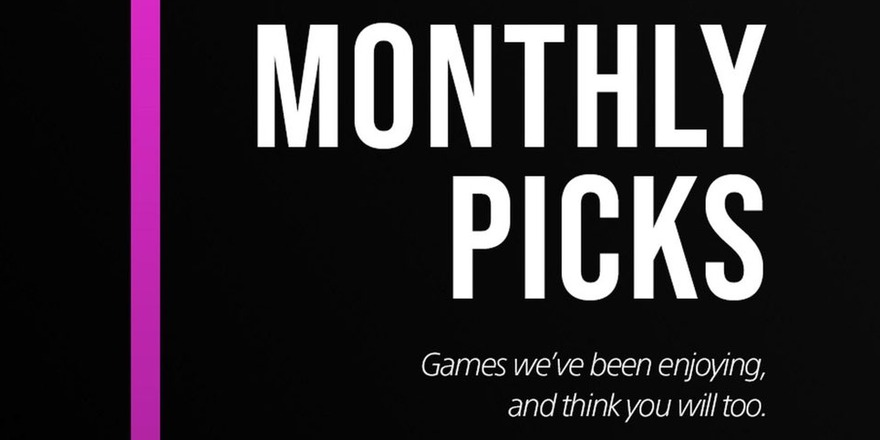 Who is streaming Risk of Rain 2 this weekend? 👀 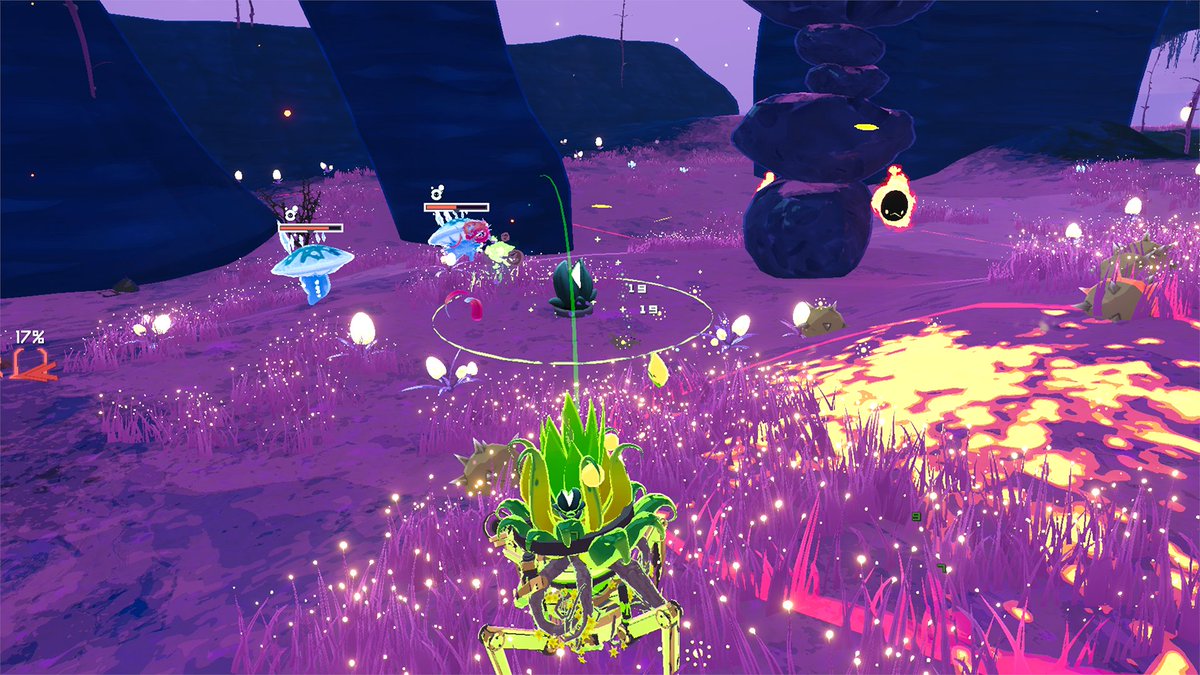 Did you read our latest Dev Thoughts over the weekend? If not, click that link below and catch-up on everything!

A massive Development Thoughts has just been shared giving details about the 1.0 launch of Risk of Rain 2! Give it a read to get some details on launch timing, what is in the works, and more! Read now: https://t.co/YZPPYdrlzR https://t.co/Ii2waD4KX3

A massive Development Thoughts has just been shared giving details about the 1.0 launch of Risk of Rain 2! Give it a read to get some details on launch timing, what is in the works, and more! Read now: 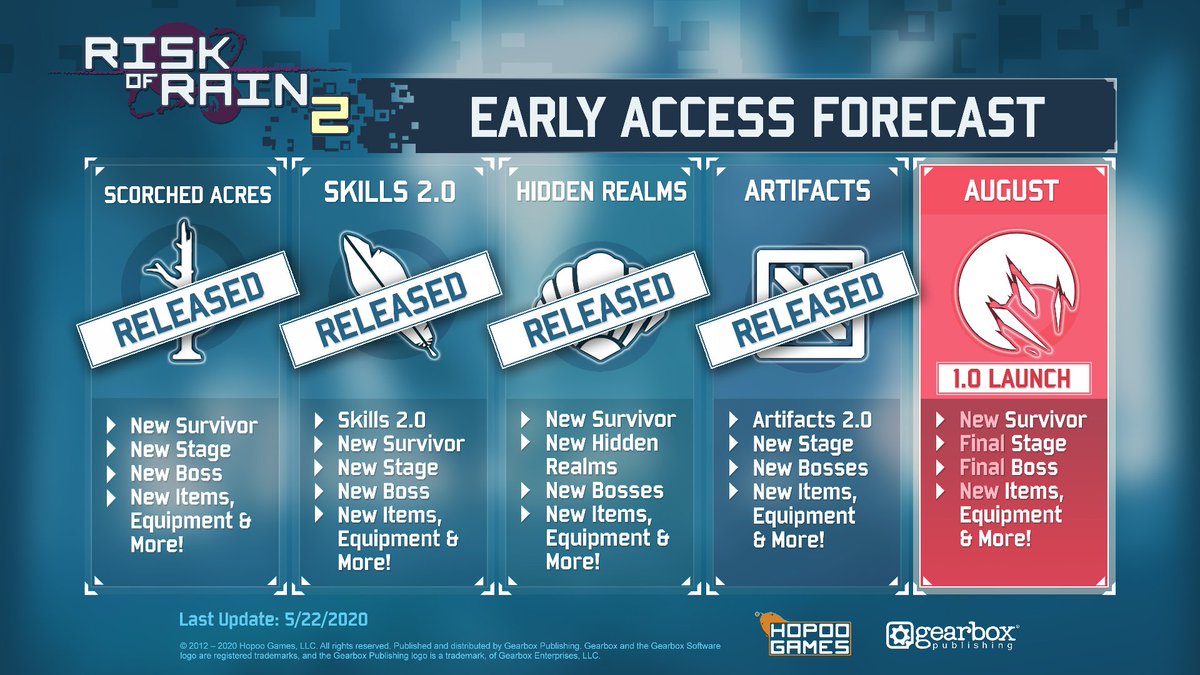 As we all know, the next update is 1.0, the last update until we leave Early Access. Earlier this month, I ran a quick tweet to get some feedback on what RoR2 1.0 may look like to you.

From that tweet, we not only learned that there’s quite a few areas of improvement we could work on, but also that you guys are passionate about what RoR2 1.0 could be - with many fantastic suggestions and ideas of things that weren’t in the original roadmap. 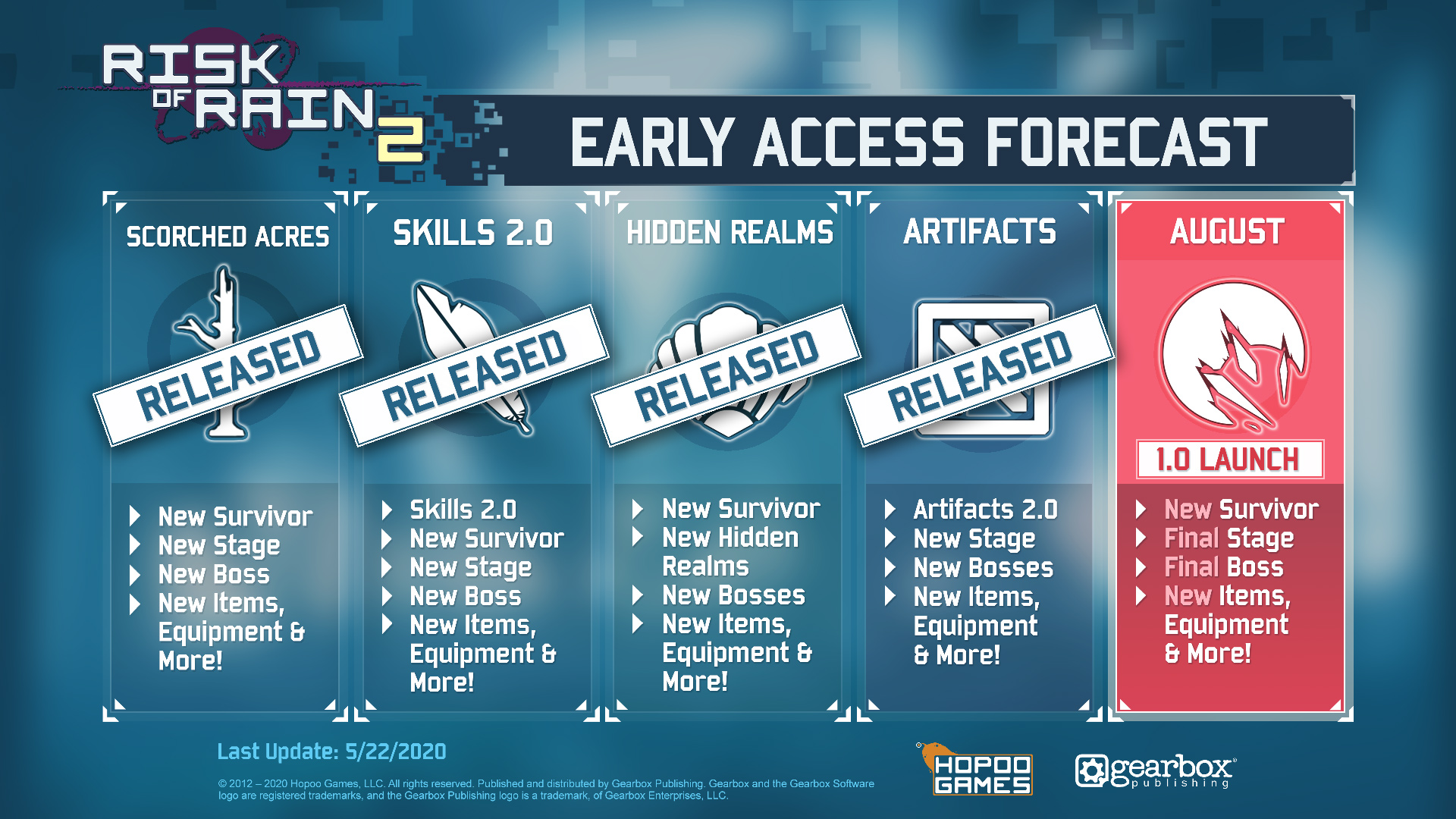 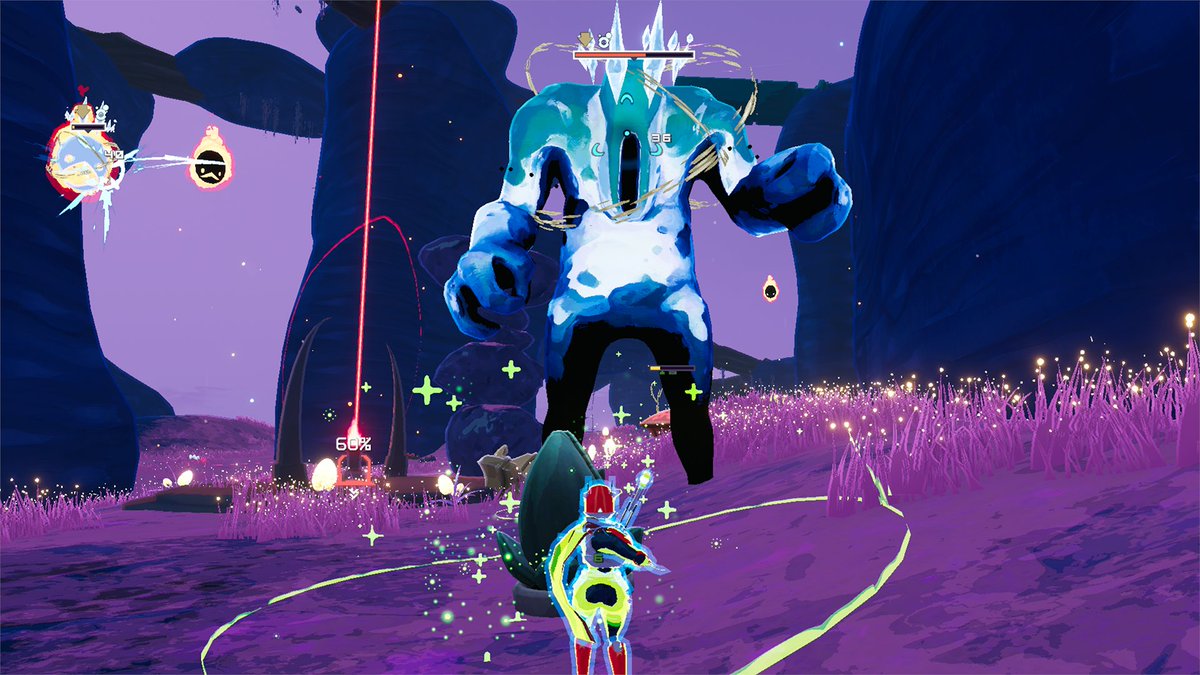 The PC version of Risk of Rain 2 is currently 20% off during the @humble Spring Sale! Pick it up now: 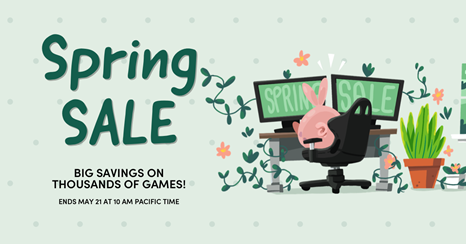 Buy Risk of Rain 2 from the Humble Store

Risk of Rain 2 is currently 50% off for the PlayStation 4! Head over to the digital PlayStation store now to take advantage of this limited time sale! 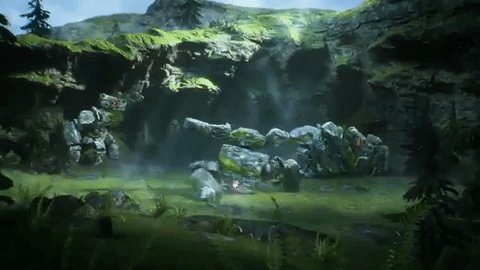 Last week we announced the overall winner of the Risk of Rain 2 community art contest. Did you check out the other winners? 👀 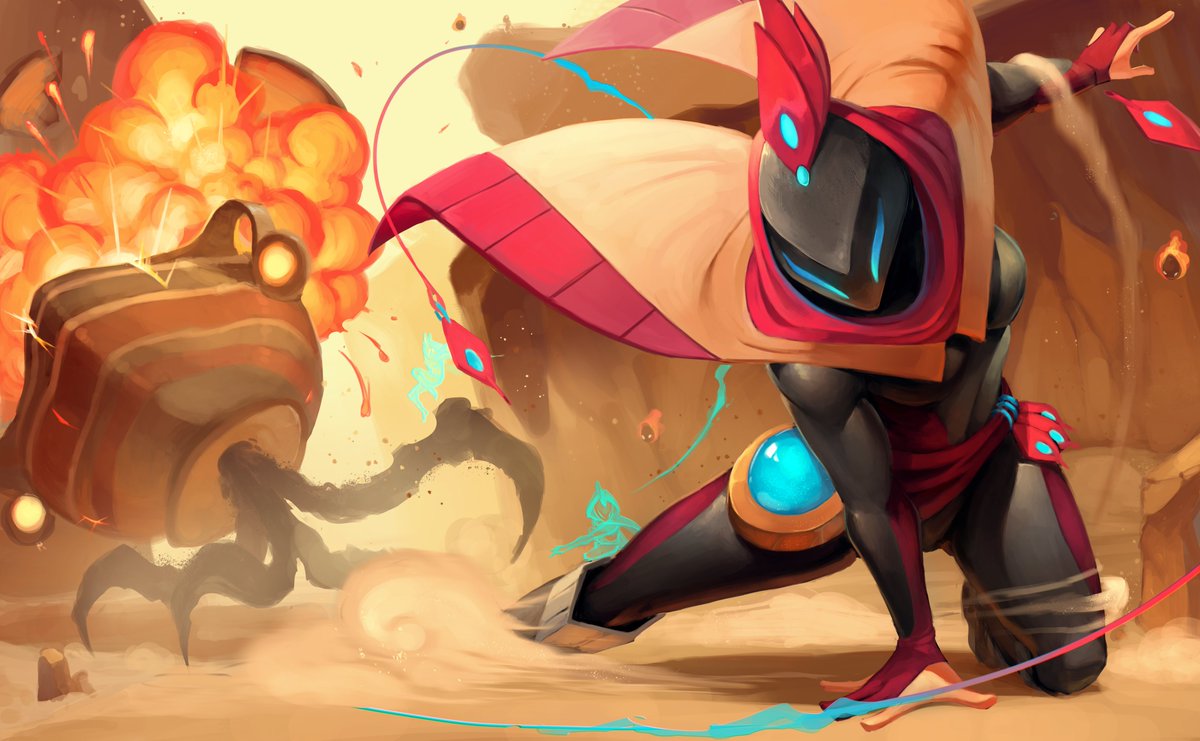 The winner of the community 2020 Risk of Rain 2 Art Contest is @geddyart! Thank you to everyone that participated as the submissions blew us away! Head over to the official Risk of Rain 2 @Discord to see all the winners: 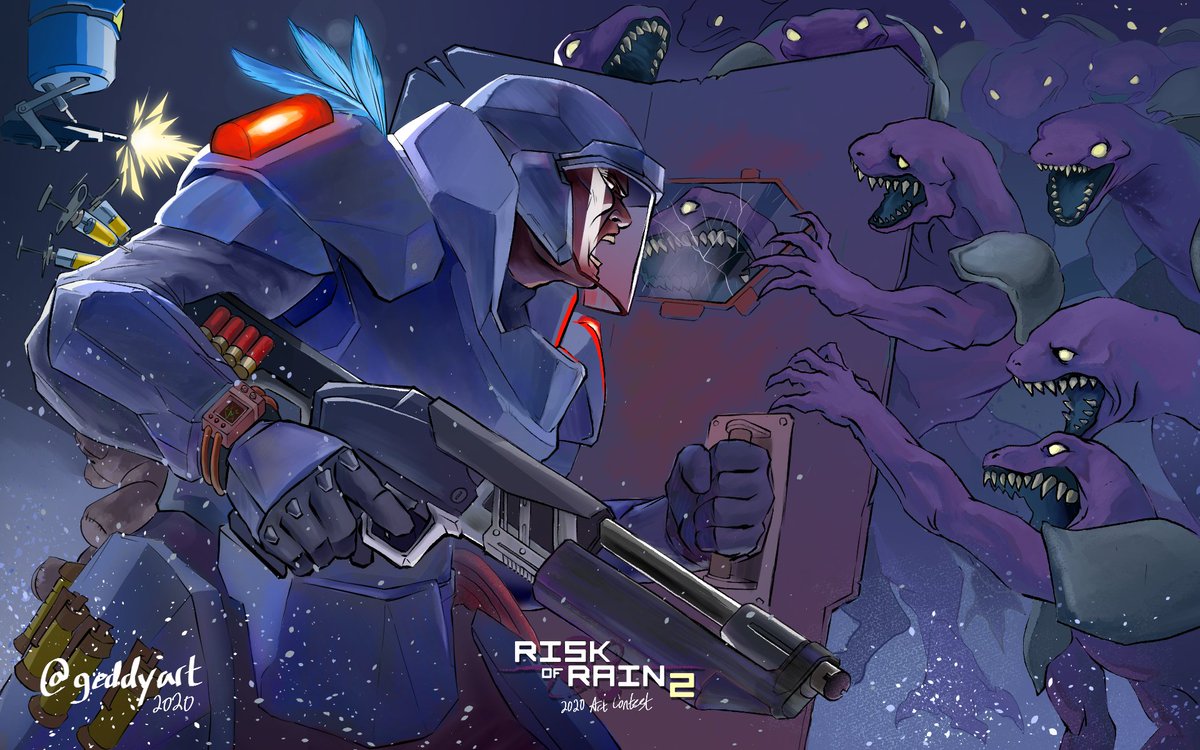 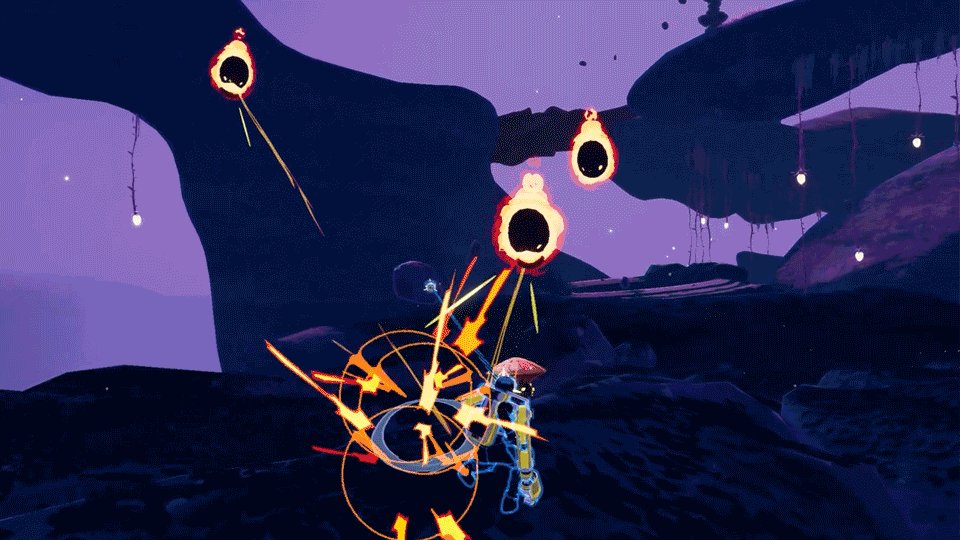 We have deployed a hotfix patch to the Nintendo Switch version of Risk of Rain 2 (1.0.6) to address issues that some players were experiencing. Patch notes: 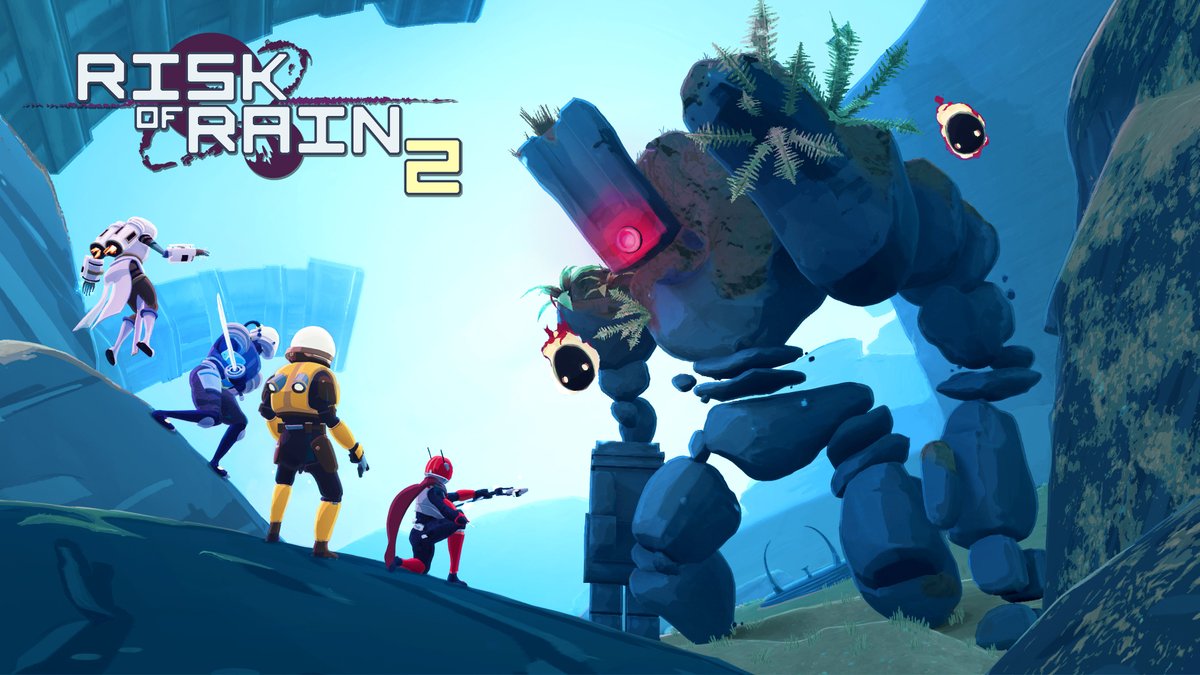 We just deployed a patch for PC players addressing a few things from the Artifacts update. Check out the update details: 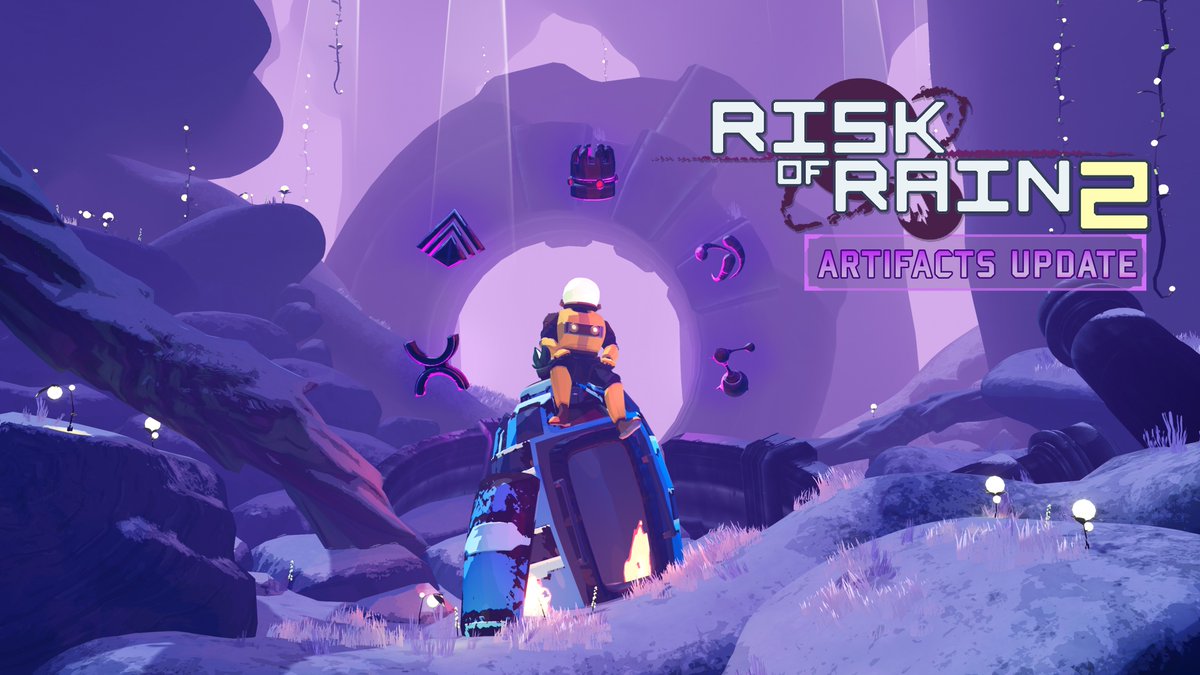 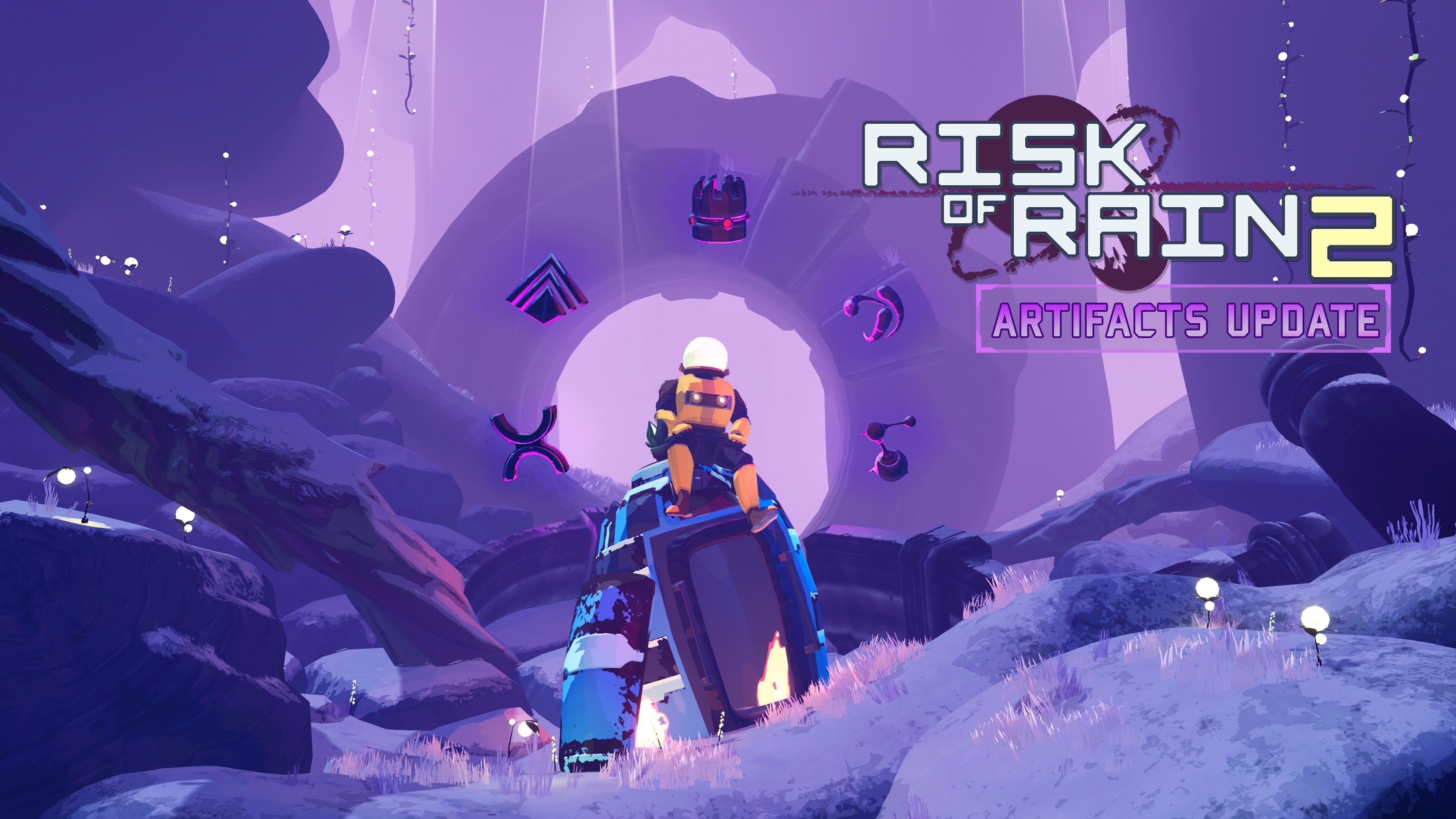 This is a bug fix patch to address issues that came up in the first week of the Artifacts 2.0 Update most of which were reported by the community. As we mentioned in the Artifacts 2.0 Patch Notes, this was our biggest and most complex update so far and we are very happy to see so many players enjoying the new content. The number of new players joining in on Risk of Rain 2 and our community have been insane the last couple weeks, so thank you all so much.