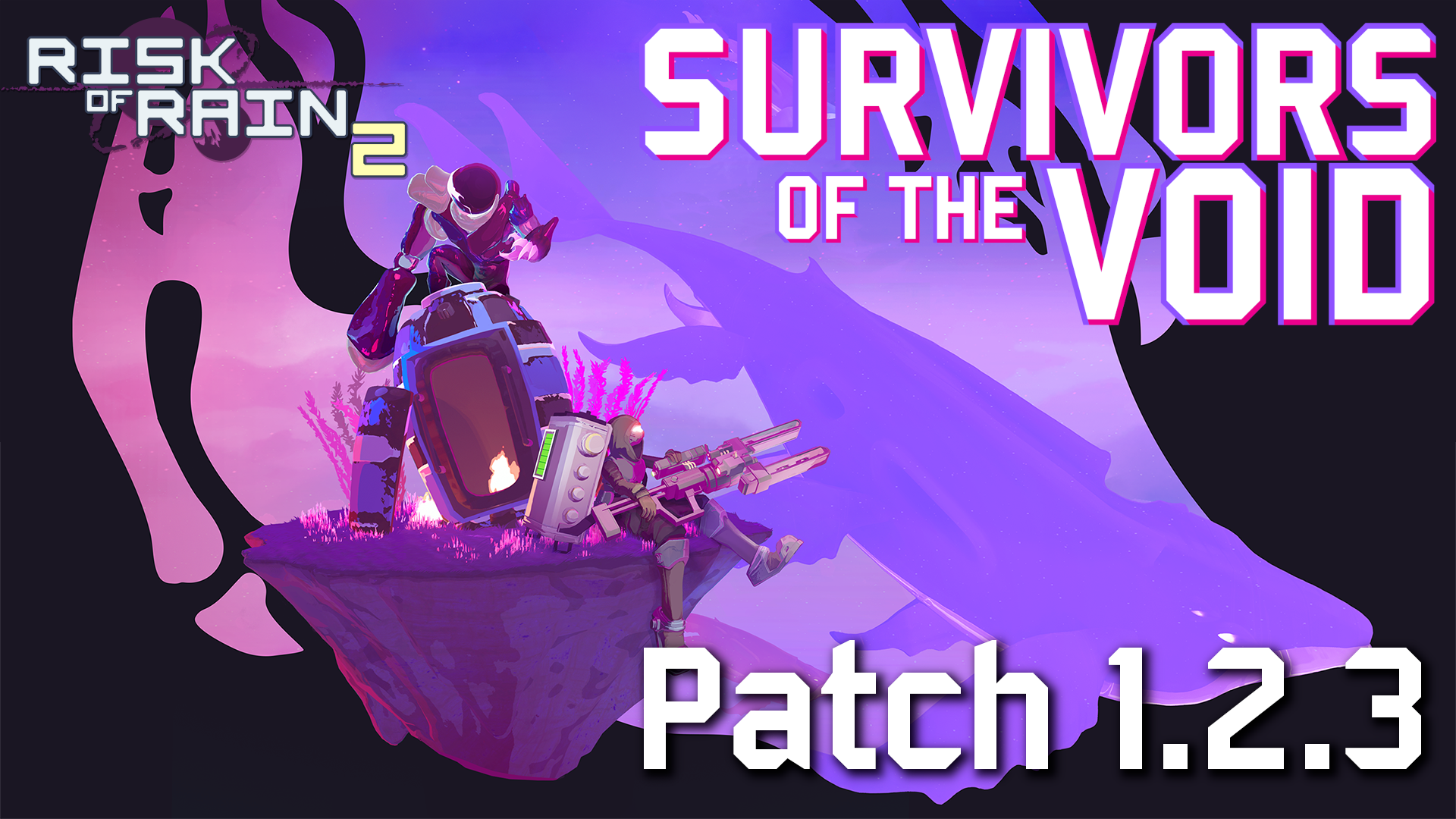 Changes with the ‘🌧’ icon in front of them are changes or additions suggested by the community. As always, if you want to stay up to date on the game or give us feedback feel free to join the discord at https://discord.gg/riskofrain2

The goal of this patch is to address lower-level bugs, while also taking a look at some content changes and more long-standing bugs that have existed in RoR2.

Once again thanks very much for everyone who has jumped in and played Survivors of the Void and especially everyone that has reported these bugs! We're planning on at least one more bugfix/balance patch for the expansion so If you have any further issues with any of the above, or find any new bugs (impossible) please keep letting us know!