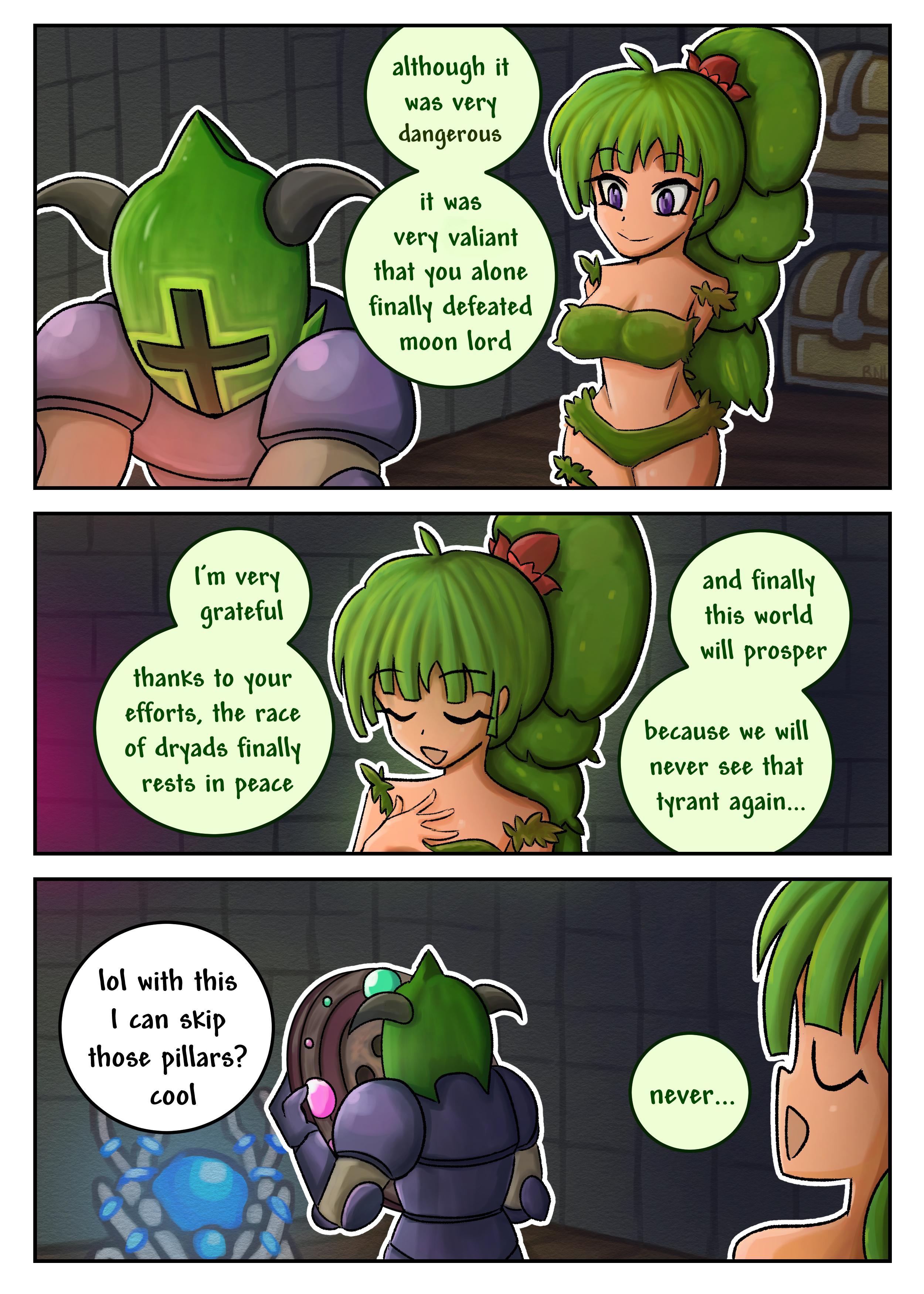 My ideas for possible functions of it are:

-reducing the damage that non-undead enemies deal to the player

-slowing down corruption/crimson spread by 50%, with the side effect of increasing hallow spread by 60%

-within a large radius of the statue, corruption/crimson and the hallow cannot spread (for game balance, the statue does not effect blocks lower than depth 0)

-water sources close to the angel statue will become sources of “cured water” (cured water would complete the set of throwable water items, instead of spreading an infection, it would purify blocks)

-increases npc happiness by 10% (does not stack)

-Changes angler dialogue to be nicer when placed in the angler’s room, this also causes the dryad to have new dialogue that shows that the dryad has reluctantly decided to become sort of a parental figure in the angler’s life (I think this is the best idea, the angler deserves better damnit! He’s an orphan!)

-adds dialogue to the tax collector when the statue is nearby, claiming that he had once saved a little girl from a cult who was trying to feed her to a hideous beast. Adds multiple dialogues to the zoologist when the statue is nearby, all parts of a story saying that when she was young, a group of exiled lihzards tried to save her from a werewolf, they were succeeding until a drunk and furious looking man beat up the group of lihzards and proceeded to throw a fox corpse at the werewolf, causing both the werewolf and the dead fox to coincidentally stab the zoologist’s leg at the same time. (This purpose of the statue would solely add to the story, helping to explain exactly how the zoologist became a werefox, and to add another reason as to why the tax collector went to hell)

u/redigit sorry for pinging you but I spent a while on these ideas to help you come up with a purpose for the angel statue, so please consider adding some of these :)

Cool ideas, but we already decided!