While this event has ended now so we cannot ask for a screenshot for within this event, but are your bonuses not displaying in other game modes as well or did it only occur in the weekend Faction Event?

Also which Pet were you expecting to see and what Troops were apart of your team?

This can happen, as @Fourdottwoone mentioned there is a set of 4 battles, then 1 battle and then another single battle before it resets back to 4 battles

I grabbed this one and the team has put in a fix for this! Let me know if you are still seeing this error after force closing and relaunching your game.

The steps for this Spell are as everyone has already discussed here, it is Life taken then Mana and then Magic. But if the Troop is destroyed first, you will not then be able to steal Mana or Magic.

While this is currently intended, I did raise this with the team this morning to look at changing this in the future, but there are technical considerations and limitations to consider on the back end with how this interacts with everything else in the battle.

So, we want to investigate this fully before making any changes.

@Kezef is on it, the rewards on the right side are an indication of what you have a chance to receive from those icons.
For example, a Vault could include Gems or Glory or a Key.

We’ve included this information in the Treasure Hunt game guide if you need any further information!

SPIN ME RIGHT ‘ROUND (NINTENDO SWITCH) 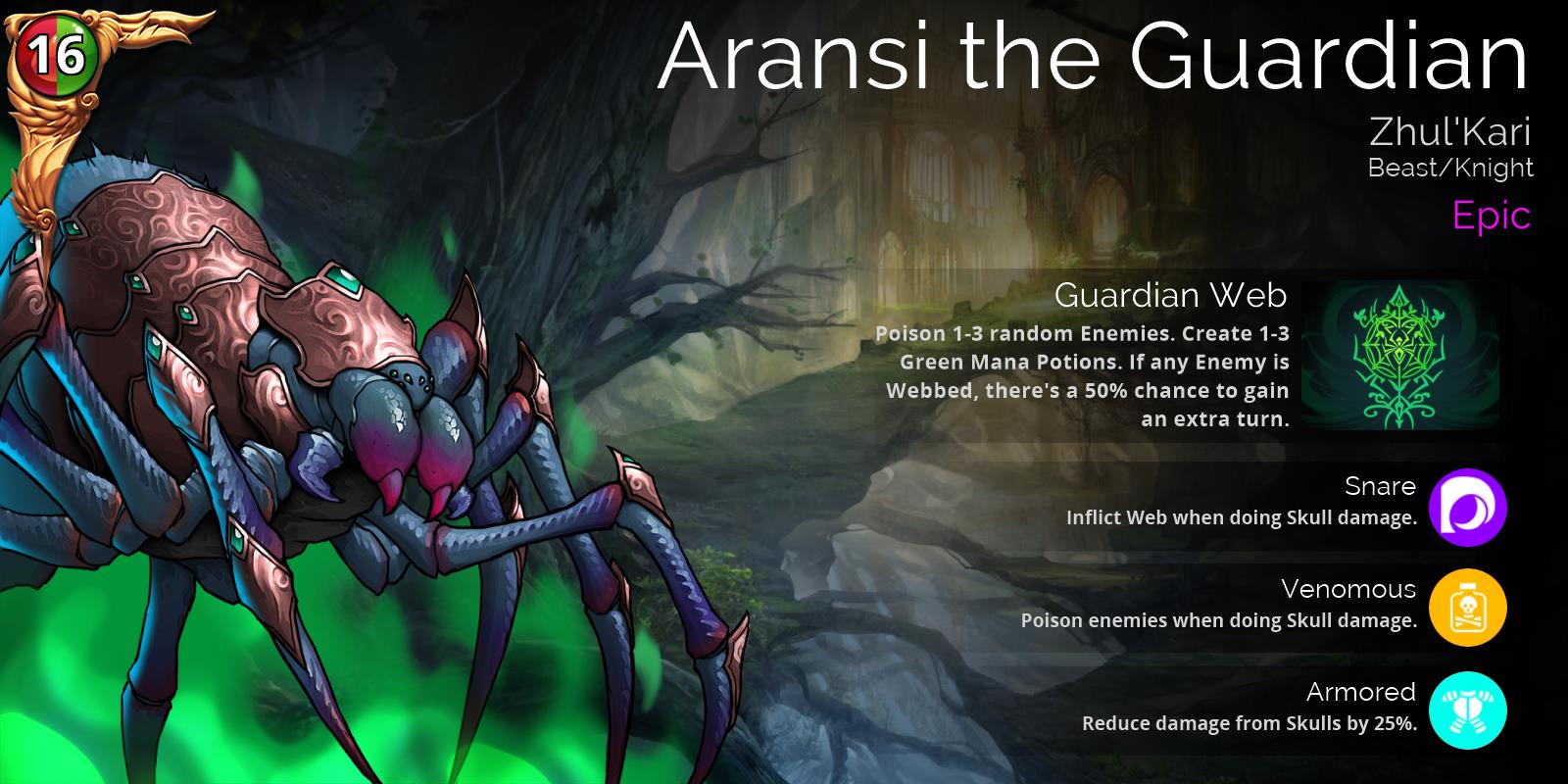 Aransi the Guardian will be available this week for 400 Glory in the shop as well as in Event Chests, and will appear in Glory, Gem, and Guild chests in 3-4 weeks’ time.

LOST IN THE WOODS 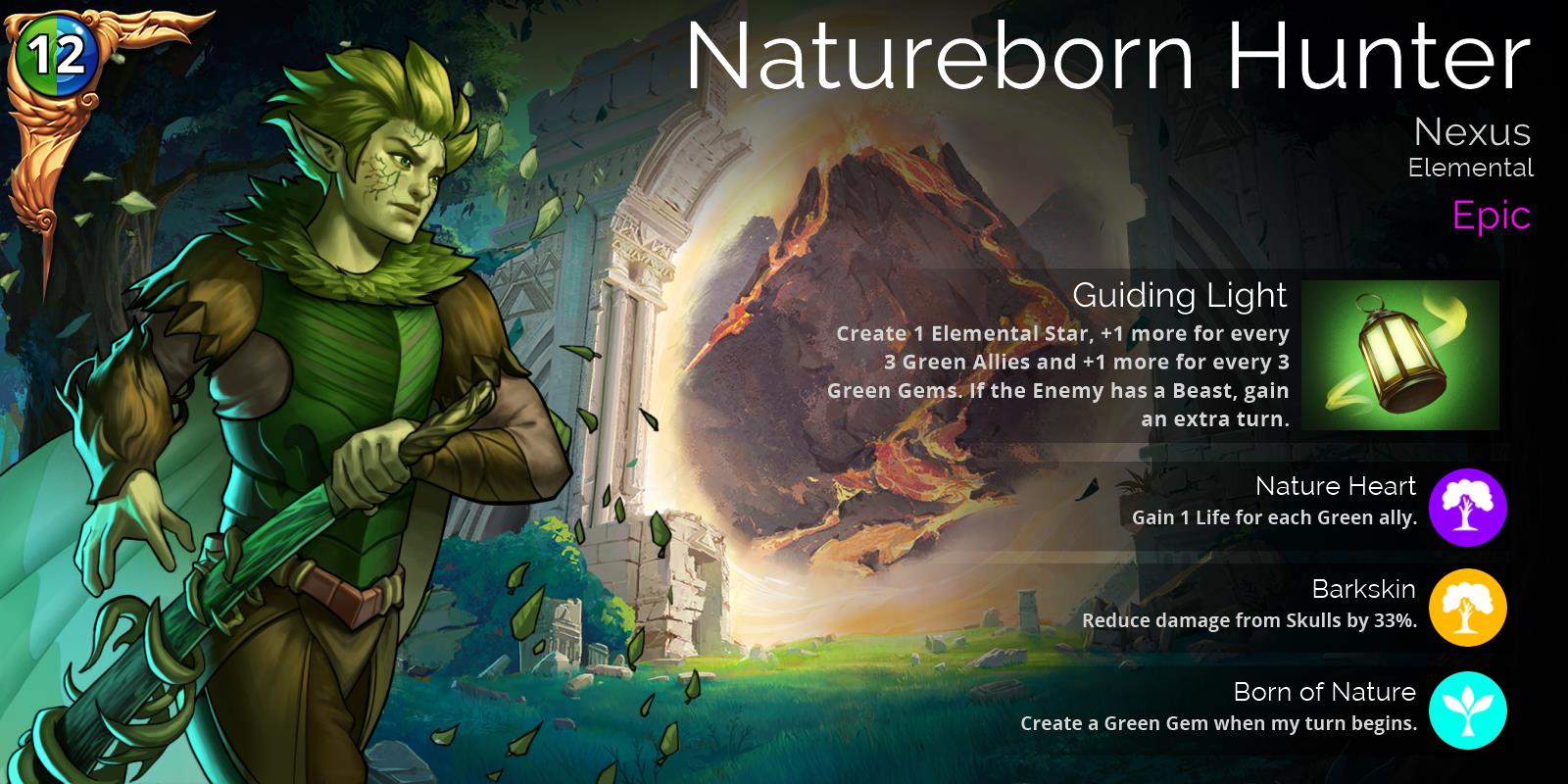 The Natureborn Tracker will be available this week for 400 Glory in the shop as well as in Event Chests, and will appear in Glory, Gem, and Guild chests in 3-4 weeks’ time.

Appreciate your patience! Burning Ocularen is releasing in the next 24 hours into Chaos Portals.

Unfortunately, we were unable to push this through last week as the team were prioritising investigating and getting fixes as soon as possible for the various issues that arose.

Luckily was able to grab it while gathering some other player reports of the same issues.

Please note at the moment we are still working our way through tickets from players who were affected by the issues last week, as we are doing our best to get replies out to everyone as soon as we can. So, we appreciate everyone’s patience.

Could you send through a ticket (if you haven’t already), so we can follow up with some further in-depth questions about what you are experiencing?

I’ve grabbed your invite code and passed on some of your account data to the team already, cos I can already see something is going on here.

But the article is correct in regards to Nexus and all other Kingdoms in group 10 should be unlocking at the same time.

I saw @esslee you mentioned submitting a ticket already, but if anyone else experiences this issue where your tasks have reset (linked to last weeks issues) please submit a ticket, and include the most up to date screenshot of your Task screen as possible. 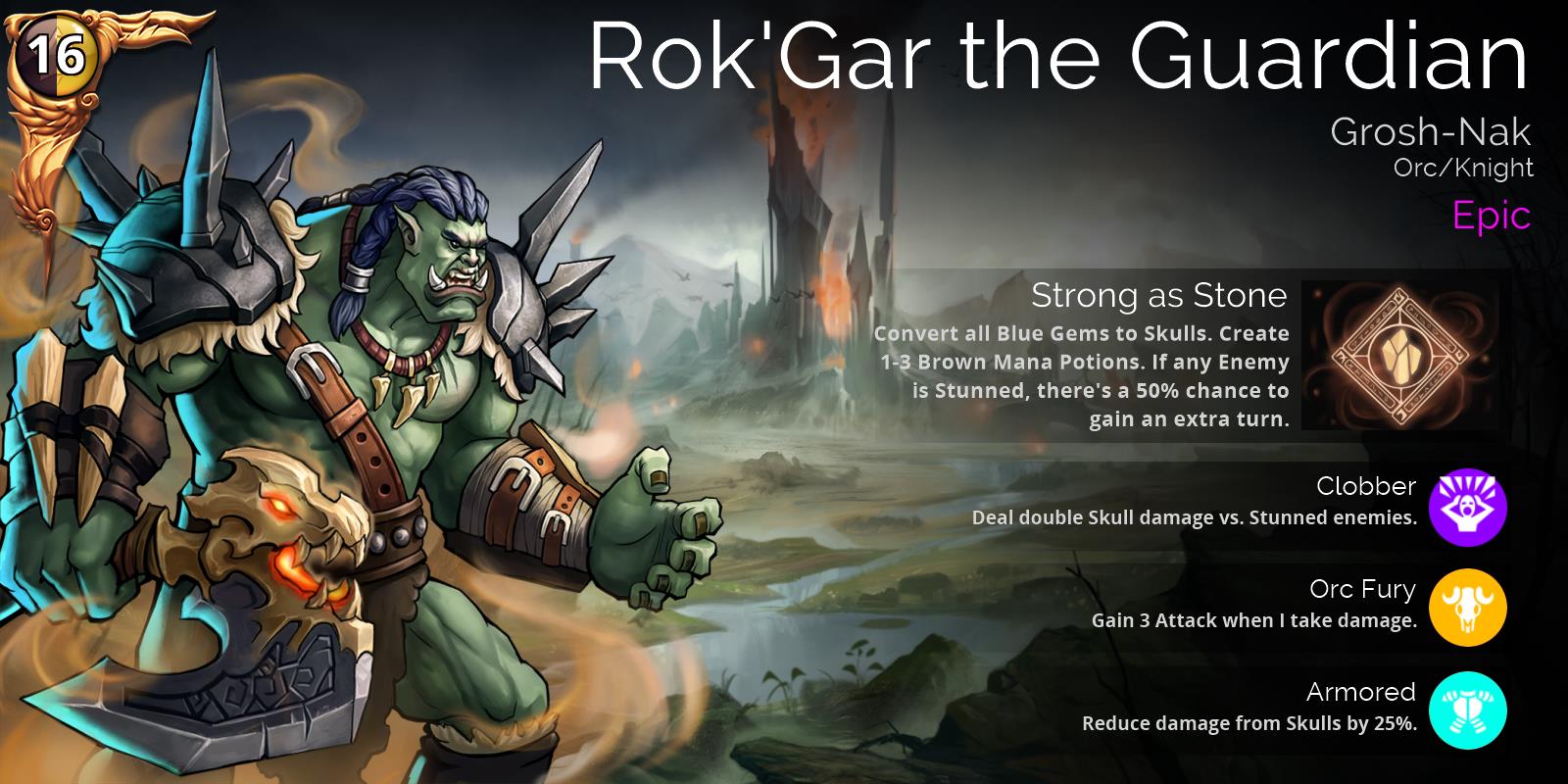 Rok’Gar the Guardian will be available this week for 400 Glory in the shop as well as in Event Chests, and will appear in Glory, Gem, and Guild chests in 3-4 weeks’ time. 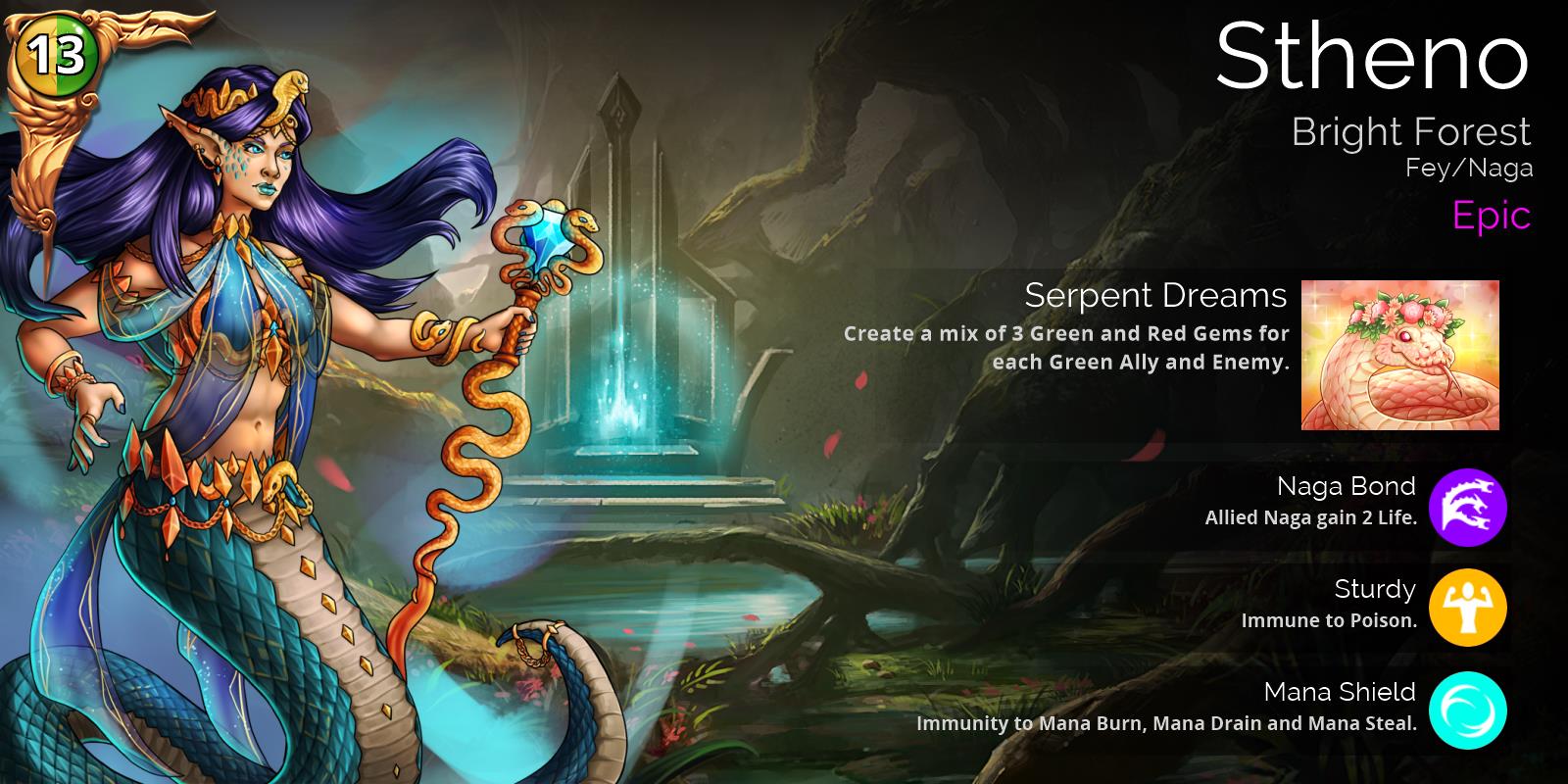 Stheno will be available this week for 400 Glory in the shop as well as in Event Chests, and will appear in Glory, Gem, and Guild chests in 3-4 weeks’ time.

Wanted to share an update on what has been happening this past week & the plan going forward from today.

As everyone is aware, since reset last week there have been a variety of issues in game affecting Event progress & Shop Tier purchases, Campaign Tasks & progress, Guild Wars and Guild contributions. After reporting these to the team as fast as we could collect them, they have been linked to the server having some load issues. Since then, over Tuesday/Wednesday the development team released a number of fixes and server changes to resolve this.

While since then we have seen a reduced amount of reports for these out-of-sync errors, we are aware that players are continuing to experience CLIFFY errors.

The team is continuing to investigate these reports and release fixes, as we work with players who are reporting running into this issue.

Going forward there will be some global compensation mail going out to everyone, in saying that we...

I can jump in here for this quickly.
We are just waiting to hear back from the development team and as soon as we do, one of us will be able to get an update out to anyone with a ticket/in this thread.

Just advising you that I have removed the most recent posts on this thread as it continued to be off-topic from the initial thread/forum.

In future, please keep all discussions and feedback in their relevant thread/forum.

This is an issue we are investigating currently, I have added this to @OminousGMan report they sent through to the team at the start of the week

As mentioned above your post from yesterday, I linked - we currently have a Known Issues article for this currently, as soon as we have any more information to share we will update there and cross share to the forums.
This issue is still being investigated.

If you haven’t already can you submit a ticket, making sure to include your invite code so we can pass on your account details to the development team - this is currently an issue we are already investigating

This does sound like the same issue we have been reporting where players are seeing their events restart.
But I have added this thread to our ongoing reports.