SMS Elbing is the second of two German WWI-era cruisers of the Pillau-class, previously ordered by the Imperial Russian Navy which were seized at the outbreak of The Great War. Soon, SMS Elbing will reinforce the early German cruiser lineup as it makes its way to War Thunder as part of the Drone Age major update! 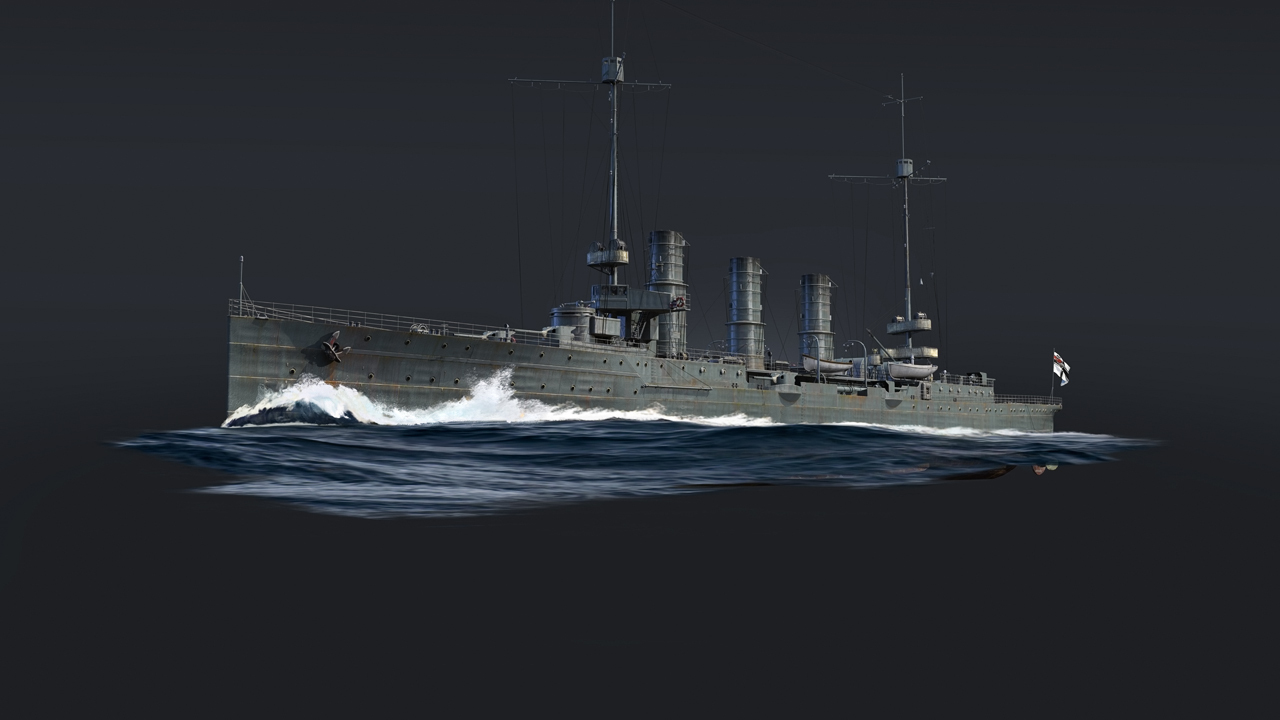 In War Thunder, SMS Elbing will be a new light cruiser docking at rank III of the German bluewater fleet following the release of the next major update. Becoming one of the earliest light cruisers new captains will be able to unlock in the German naval tree, SMS Elbing will help smooth out the transition for captains moving up from destroyers to larger and more powerful vessels. 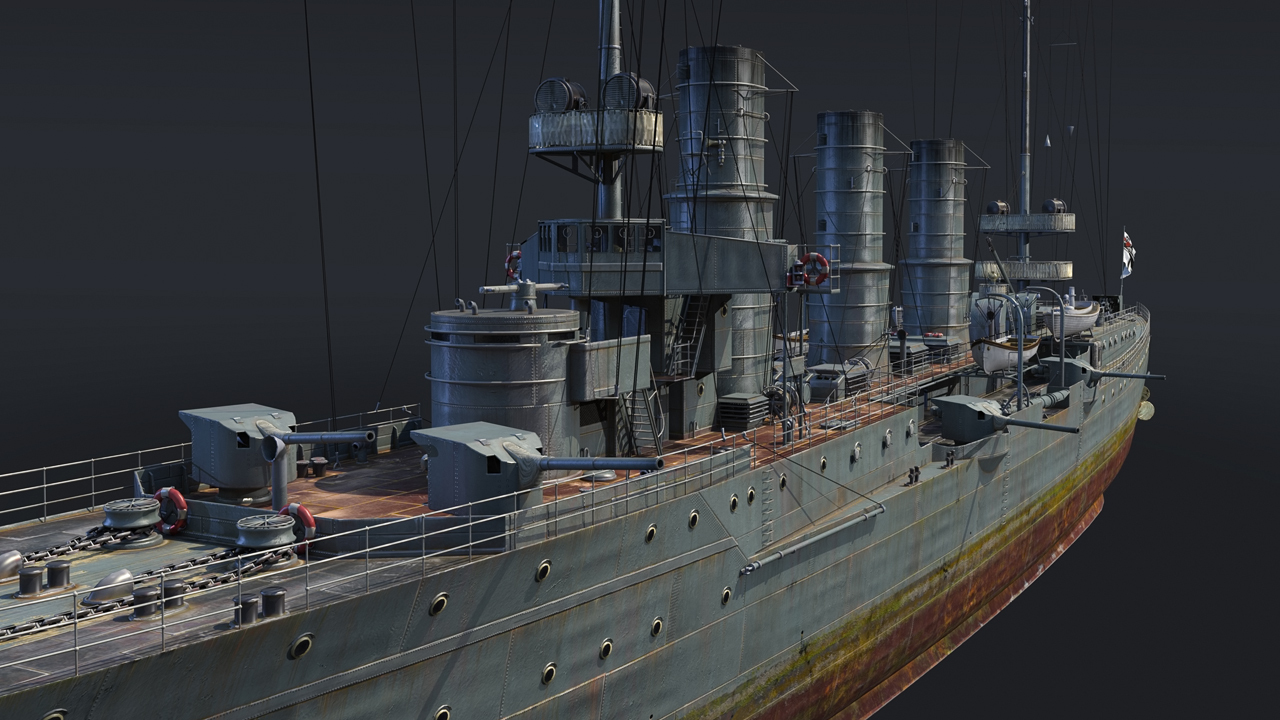 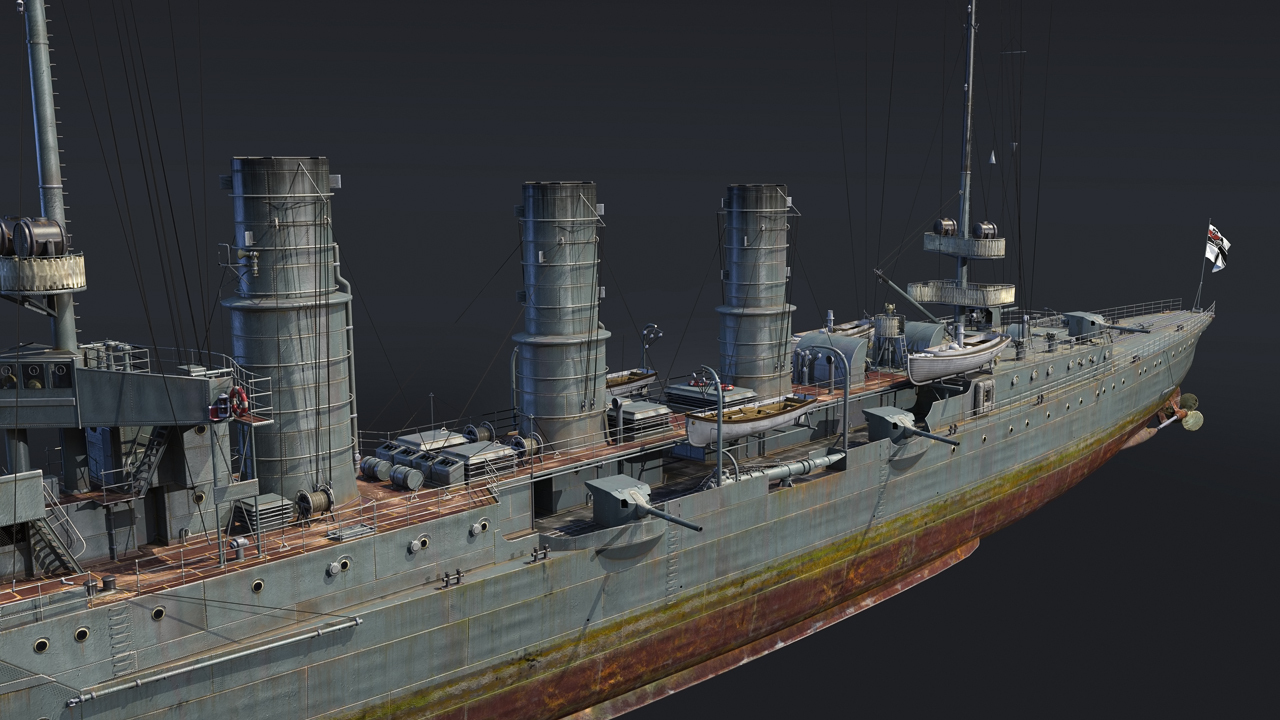 Upon obtaining SMS Elbing, captains will immediately take note of the much heavier firepower present on this ship when compared to most German destroyers they may have captained before. Instead of 12.7 cm guns, captains now have access to eight of the much more powerful 15 cm cannons, thus enabling them to not only deal greater damage to smaller vessels but also to effectively take on other cruisers with armor piercing ammunition. However, it’s worth noting that only four guns can be brought to bear on a broadside, with the fifth gun enabled at proper course angles. In addition, SMS Elbing’s arsenal is also complemented by four 52 mm utility cannons as well as a pair of 500mm torpedo launchers, mounted on each side of the ship respectively.

Fun Fact: SMS Elbing was the first German cruiser to be armed with 15 cm guns.


In contrast to SMS Elbing’s excellent firepower, the warship’s protection remains a bit lackluster. This is the first armored deck cruiser to the game - she lacks the armored belt, keeping the armor inside the hull as a 20mm horizontal deck with 40mm side plates. This layout protects the ship’s vital modules from salvos of HE rounds up to 150mm (6”), and AP rounds of up to 105mm (6”). The steering room has much better protection of 80 mm of armor. 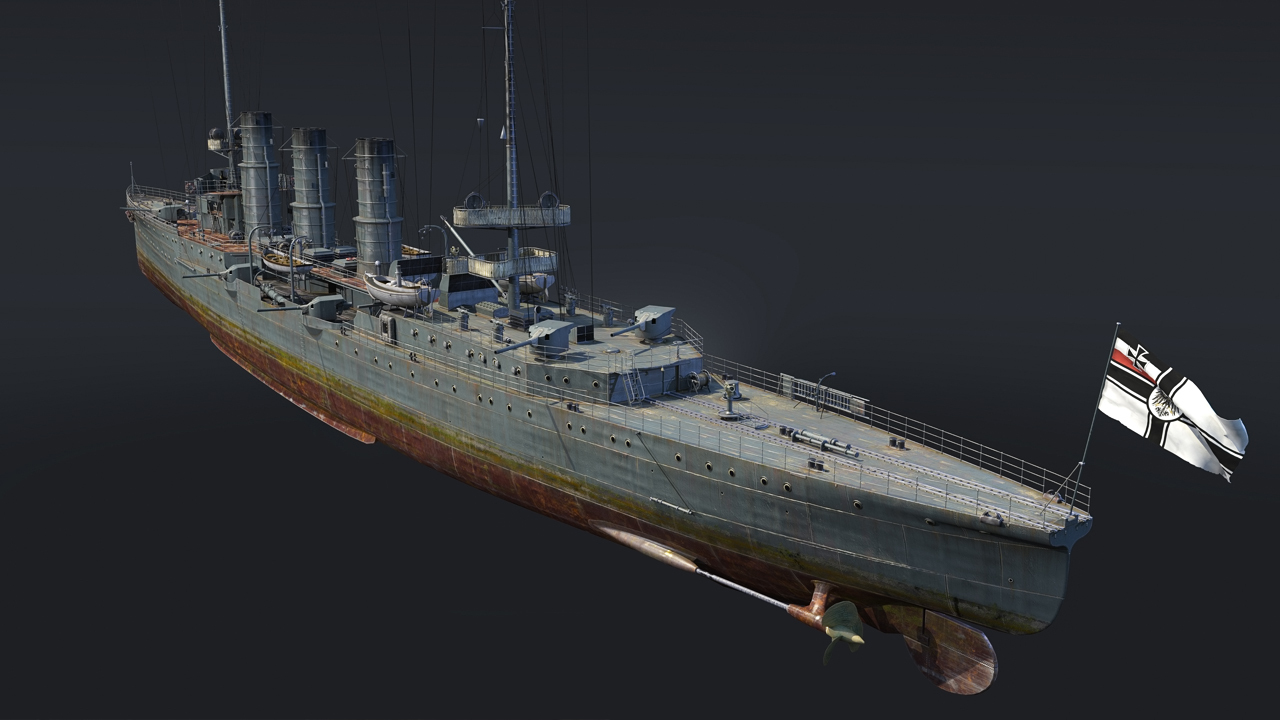 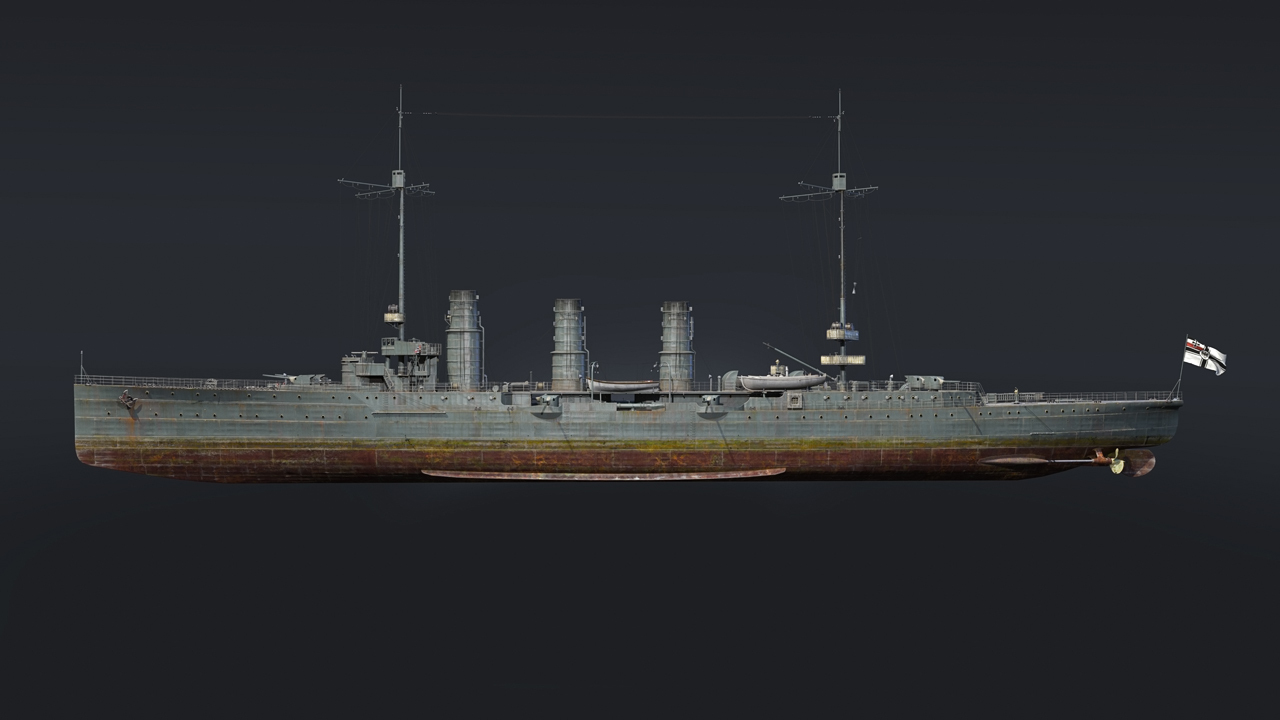 However, thanks to its rather modest displacement and a powerful propulsion system, capable of generating 30,000 horsepower, SMS Elbing can reach a sound top speed of 27.5 kts (51 km/h). As a result, aspiring captains of this warship won’t need to worry about lagging behind their allies but captains also shouldn’t expect to lead the charge either. Yet, after considering the ship’s protection, this may not be such a bad thing after all. If anything, sticking closer to its allies will boost SMS Elbing’s odds of repelling an air attack given it lacks its own AA battery. 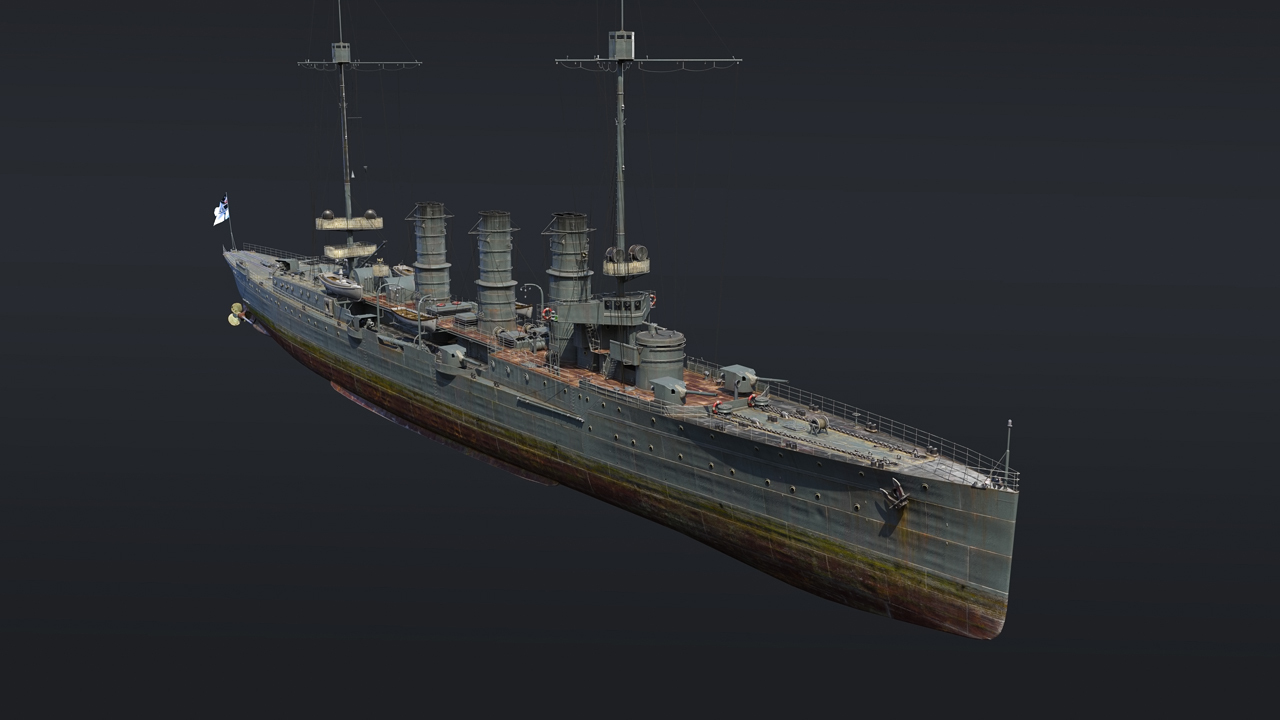 SMS Elbing is already headed for War Thunder naval battles and is expected to dock at player ports with the release of the next major update - Drone Age. In the meantime, be sure to keep scanning the horizon for more news and information regarding the upcoming update. Until then, calm seas and good hunting captains!
← More from War Thunder