In the early 1950’s, Italian aircraft designers began work on developing a jet aircraft on the basis of a successful pre-war piston-engine race plane, initially with the goal of 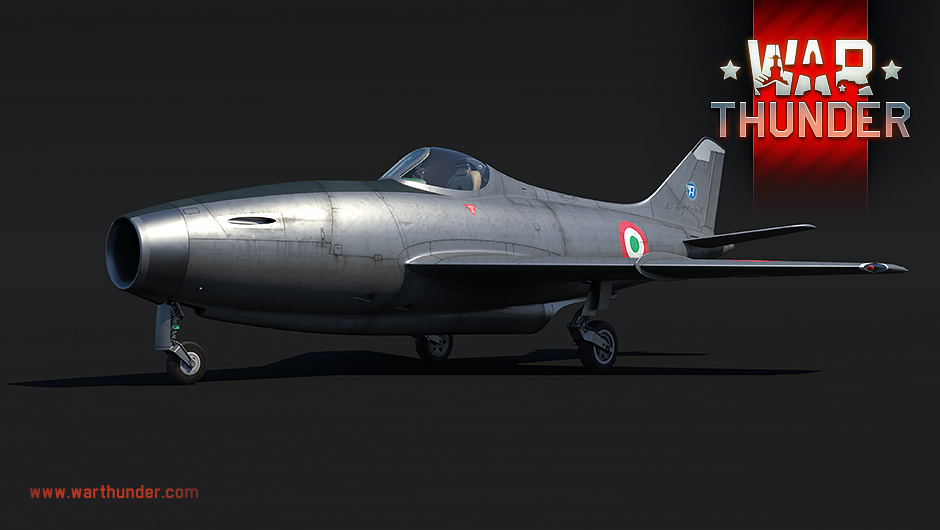 In War Thunder, the Sagittario 2 will be a new jet fighter awaiting all pilots at the higher ranks of the Italian aviation tree. Combining superb flight characteristics with lethal firepower makes the Sagittario 2 a very focused jet fighter and one which should quickly find fans among already seasoned jet jockeys in particular!

Glancing over the Sagittario 2’s visual appearance, in particular its streamlined fuselage and swept wings, already gives off a strong impression that this aircraft was built with performance in mind. And the aircraft’s performance figures certainly back up this sensation! Powered by a single Rolls-Royce Derwent Mk.9 turbojet engine - the same one used on modifications of the well-known British Gloster Meteor fighter - the Sagittario 2 can reach a top speed of 1,050 km/h at sea level. However, being an early Cold War era jet fighter means that the Sagittario 2 doesn’t come equipped with an afterburner, resulting in worse acceleration than some newer aircraft. 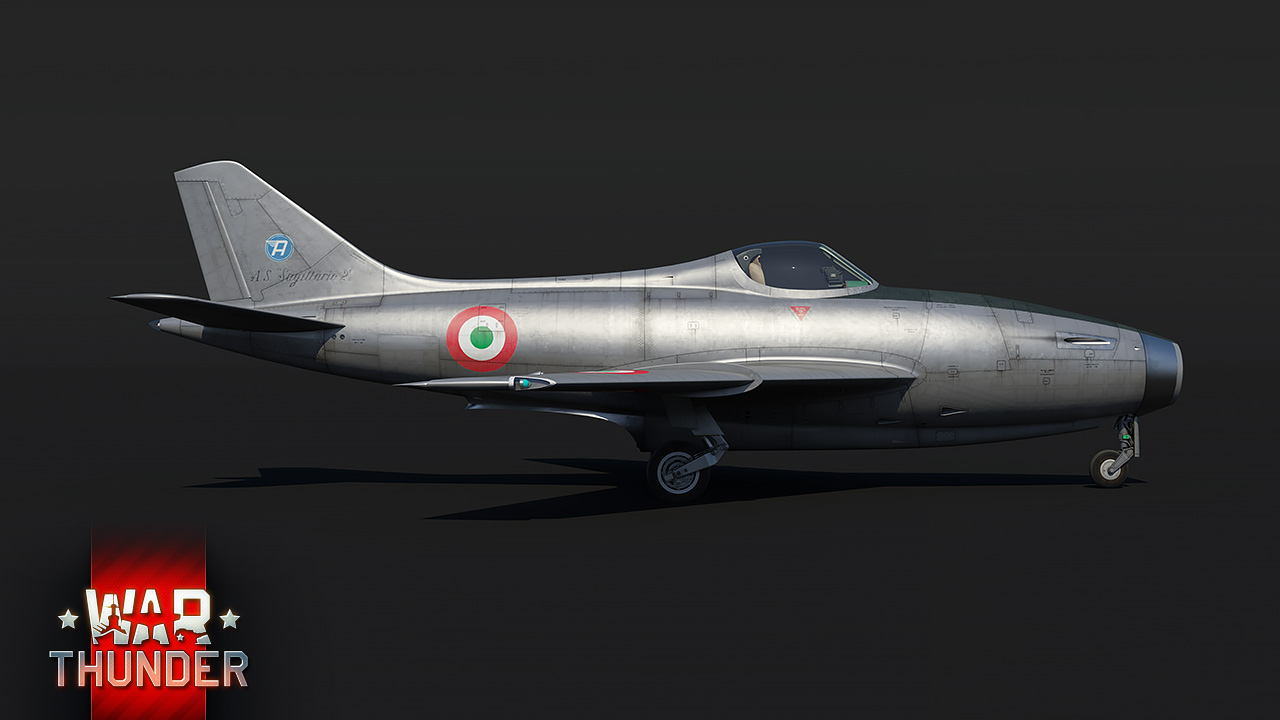 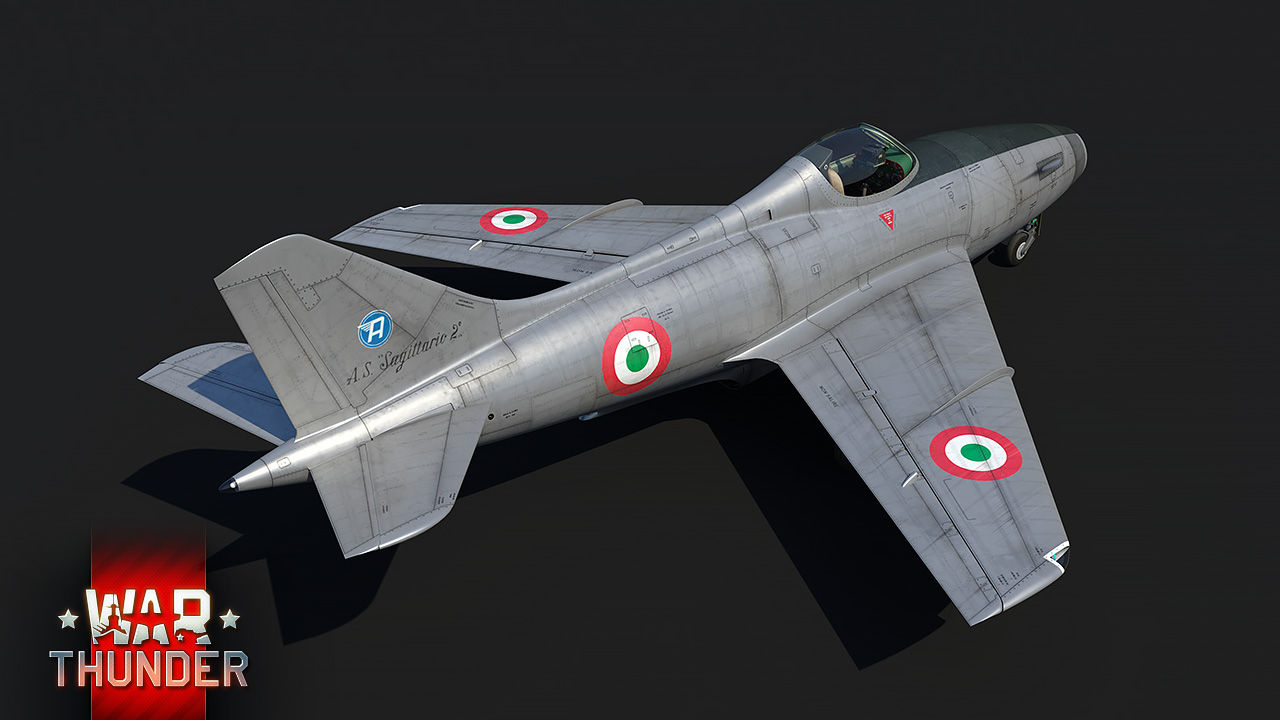 The Sagittario 2 will soon join the high ranks of the Italian aviation tree as a new jet fighter awaiting all pilots with the release of the next major update Red Skies. In the meantime, be sure to stay tuned to the news as we continue showcasing what other exciting new additions await you in the upcoming update. Until then, clear skies pilots!

[Development] Aerfer Sagittario 2: The Legacy Continues
Play for free with friends in the most realistic online game