The German Helgoland-class dreadnought wielding heavy armor and 305mm guns comes to the game as one of the prizes in the upcoming autumn crafting event. A true old school battleship! 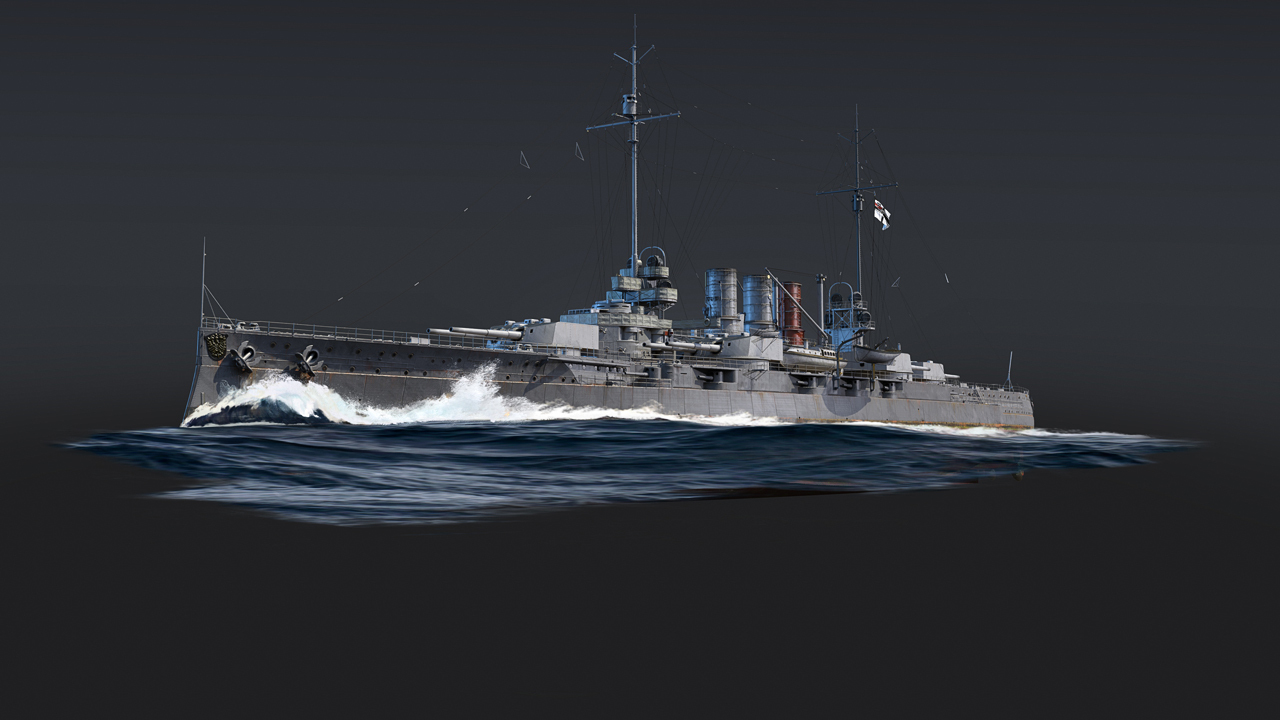 The SMS Ostfriesland is the dreadnought battleship coming to the game as a “naval” prize in the upcoming autumn crafting event. The ship will become an event vehicle at rank V in the German bluewater fleet tech tree.

Ships of this class are already familiar to weathered captains from the sistership SMS Helgoland, the top-tier dreadnought in her research branch. The ship is an excellent example of its type, with a thick armor belt, well-protected barbettes, powerful artillery, but rather slow and completely defenseless against aircraft. Let's talk a little about the new SMS Ostfriesland’s advantages and disadvantages, as well as the differences from the researchable version. All hands on deck! 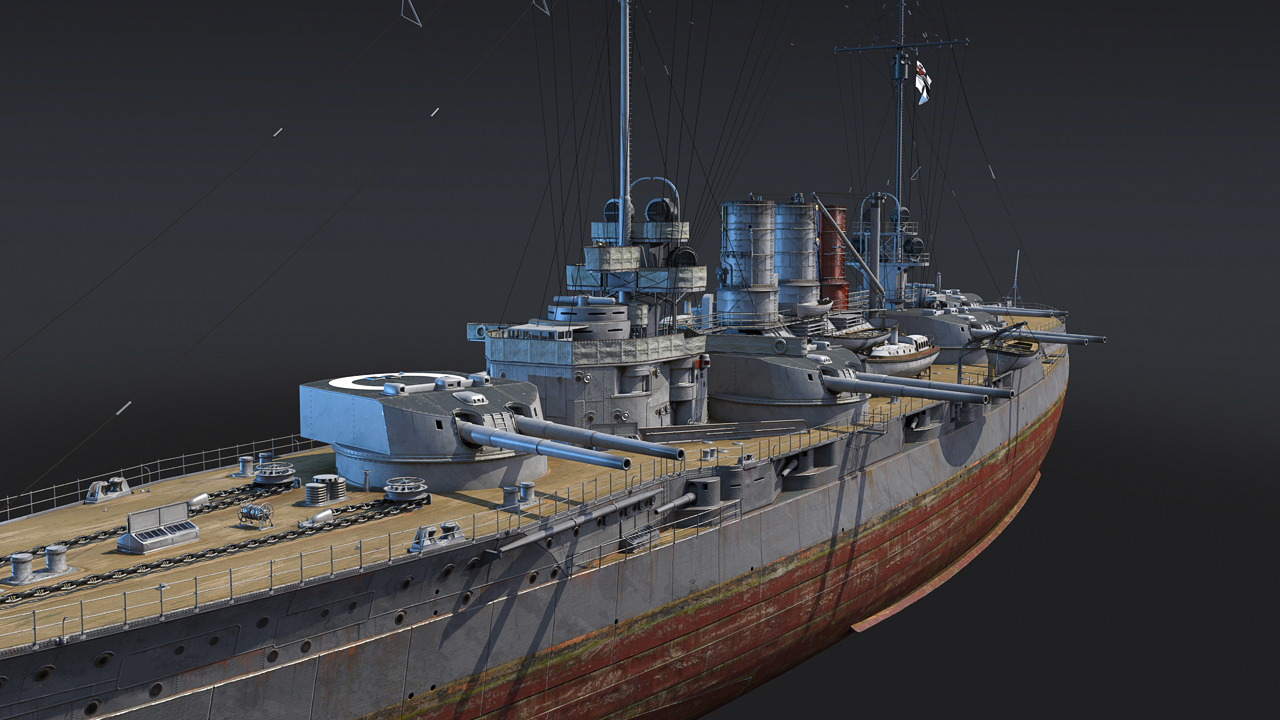 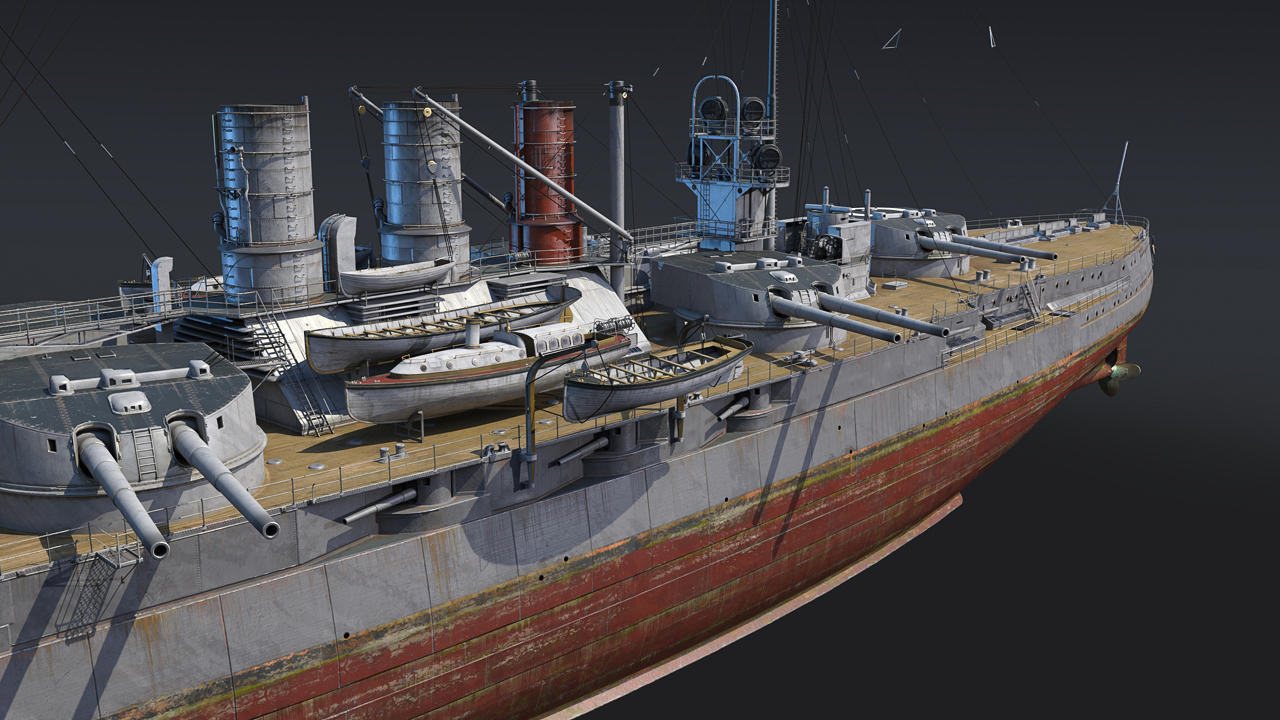 A dreadnought is all about armor and guns. The Ostfriesland armor belt reaches 300 mm at the waterline and above, the same massive armor protects the front of the main caliber turrets. Only armor-piercing and high-caliber semi-AP shells at medium and short distances can actually pierce a battleship’s hull side. The main caliber of the battleship is 12x305mm cannons in six turrets, located in a rhombus at an equal height from the deck. Such an arrangement of turrets is a disadvantage of early ships, and allows you to use only four of the six turrets in a broadside. The auxiliary caliber is represented by 14x150mm guns in single-barrel case mate mounts. This is a truly formidable weapon that will save the SMS Ostfriesland from smaller ships while the massive main battery guns are being reloaded. 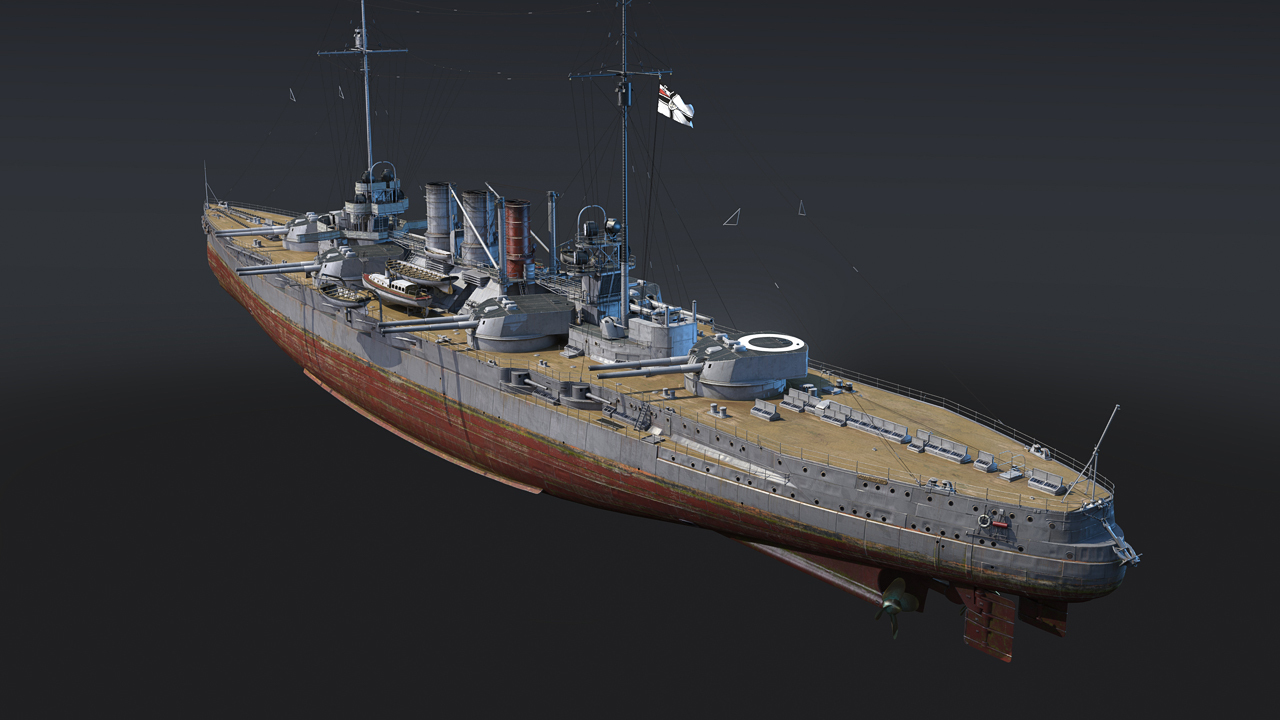 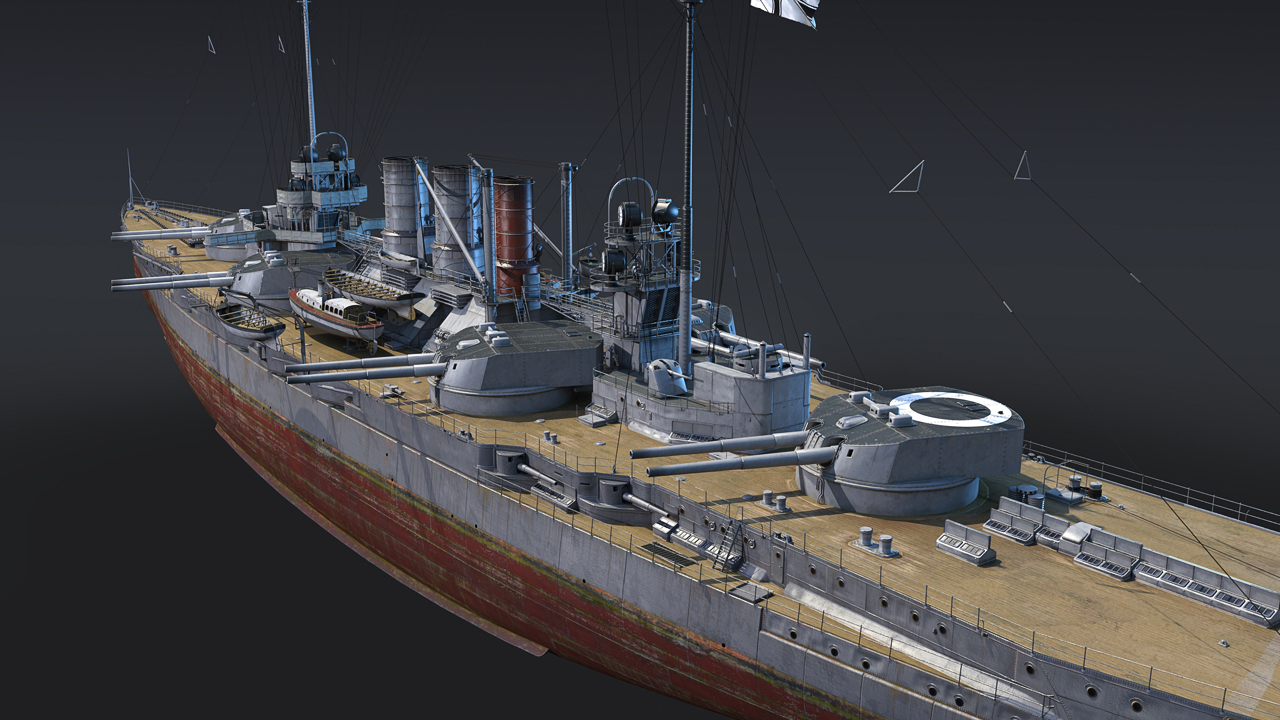 Unlike SMS Helgoland, the new battleship has an air defense battery… well, if we may say so. A couple of 88mm AA guns, of course, will not be able to protect the leviathan ship from enemy air raids, but will somewhat moderate the ardor of the lonely dare-devils. We keep our fingers crossed and hope for hits - nevertheless, 88mm is a very solid anti-aircraft caliber and shells give a good flak. The armament is supplemented by 6 underwater torpedo launchers with 16 torpedoes. Although torpedoes carry less explosives and have a shorter travel distance than later examples, in some cases, they can do a good job.

The mobility of the battleship is as expected, she slowly accelerates up to a maximum speed of 21.2 knots (about 39 km/h), and maneuvers are quite sluggish too. 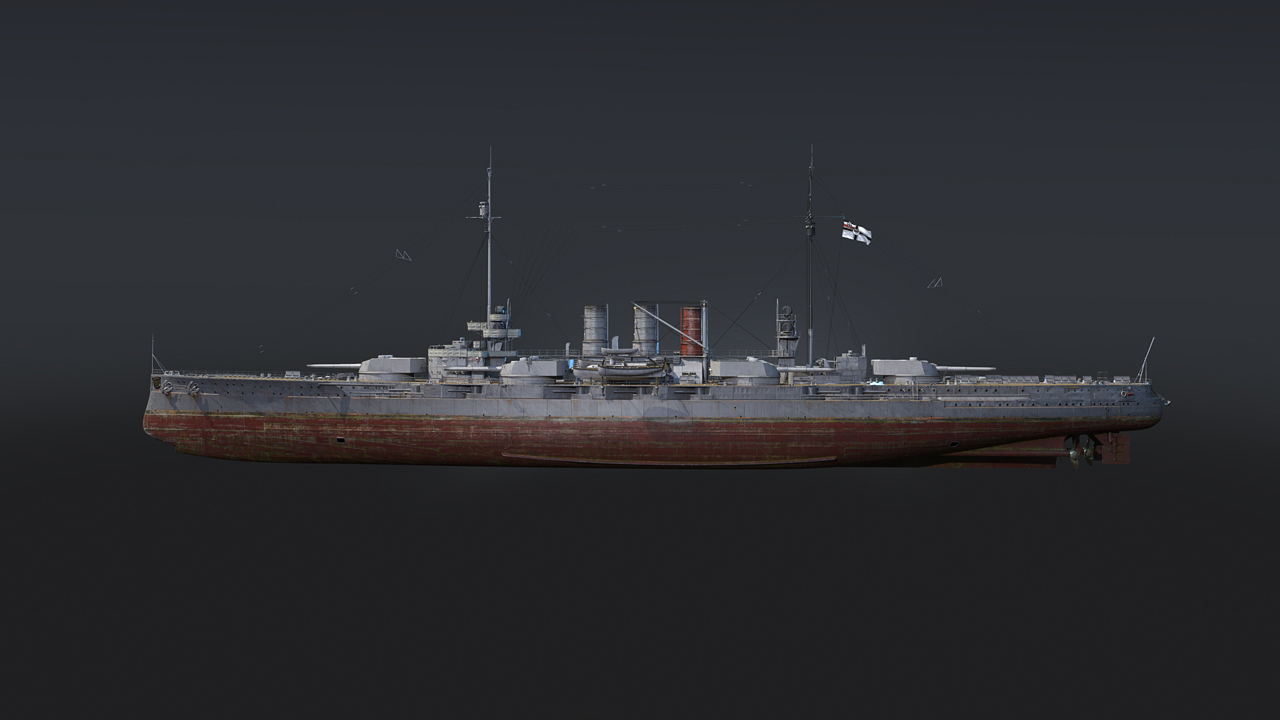 So, a new armored monster will appear in War Thunder as one of the prizes of the big autumn crafting event. Stay tuned for more prizes coming soon, and a new hint about the event name!
← More from War Thunder