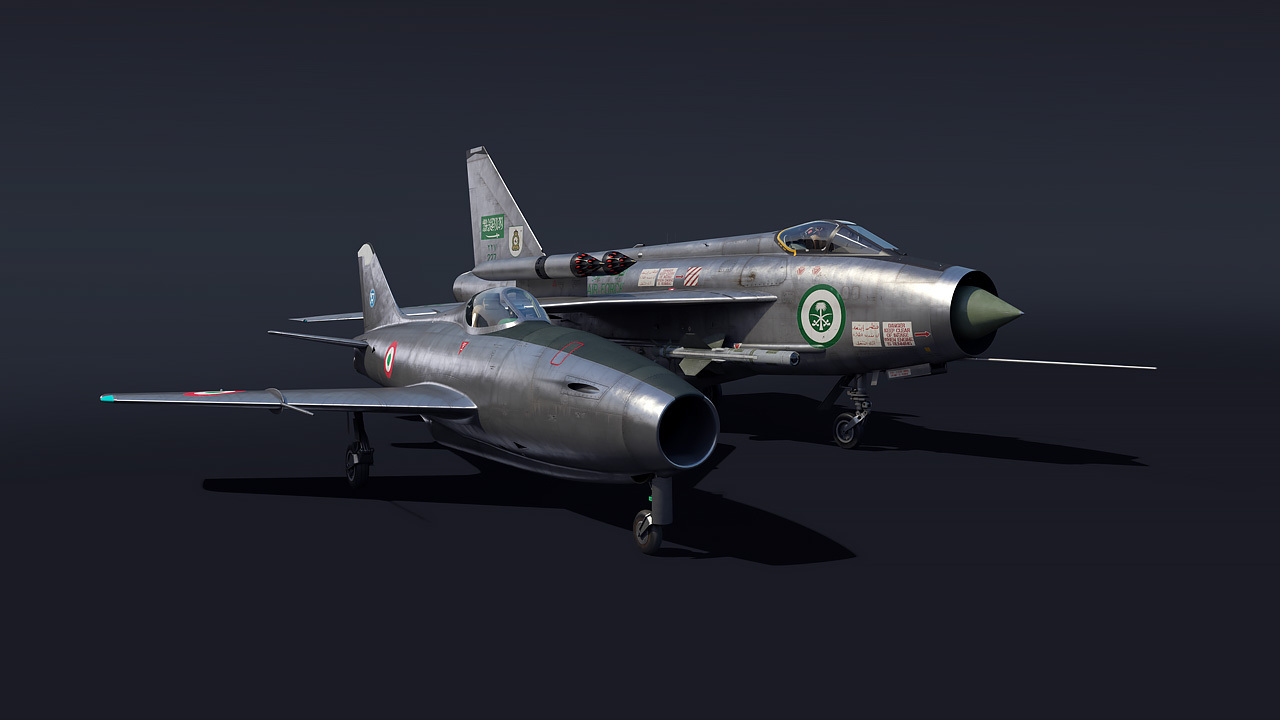 Lightning F.53 One of the fastest jet interceptors in the game reinforcing the land war! The Lightning F.53, resplendant in Royal Saudi Air Force livery, was an export version of the well-known F.6 modification equipped with pylons for bombs and rockets. The fun fact is, that part of the pylons are mounted above the wings! The fighter could carry up to 144 SNEB anti-tank unguided rockets, complemented with up to 48 RN rockets in the rocket bay, and 540 or 1,000 lbs bombs. Similar to the F.6, the Premium Lightning could be equipped with a pair of air-to-air missiles - Red Top, Firestreak, or both. Fuselage-mounted fast firing ADEN 30mm cannons deal annihilating damage to aerial and lightly armored ground targets. The rocket fast Lightning F.53 jet fighter will become available as a part of a special pack in the Store right after the Danger Zone update goes live! 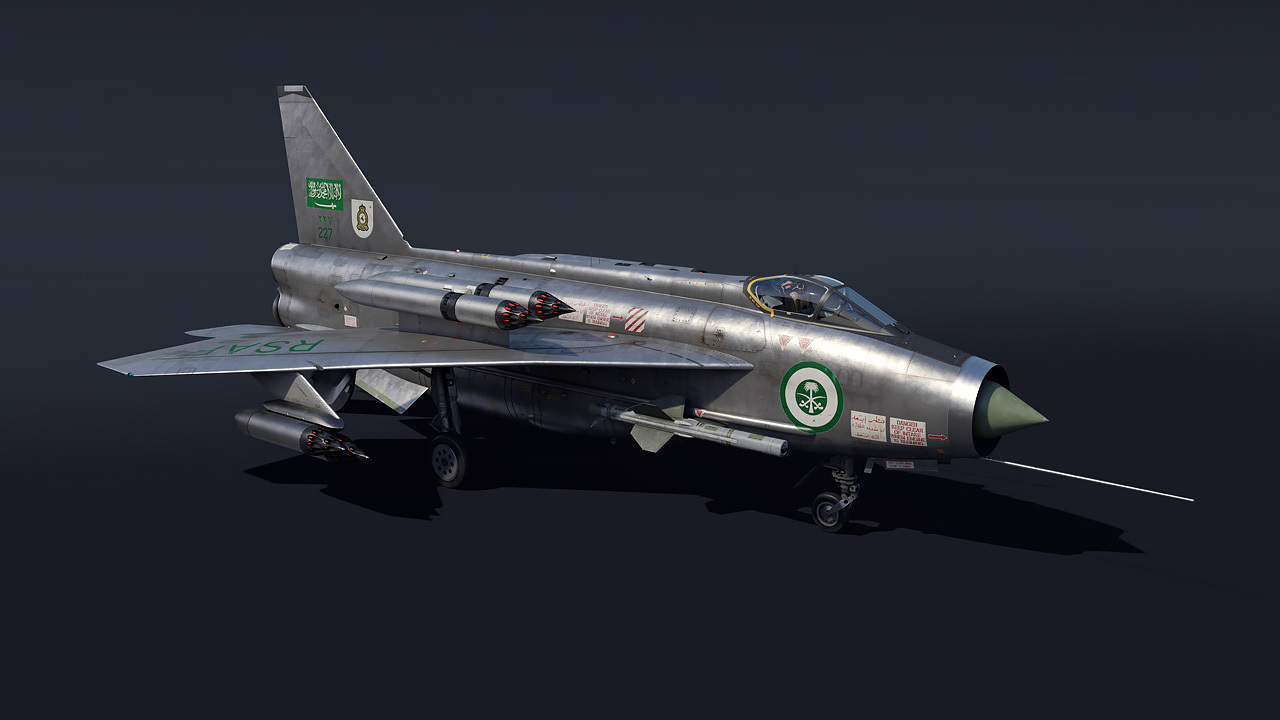 Ariete For its time, the Sagittario 2 turned out to be a very decent fighter, but due to the limited power it could hardly be used as an interceptor. The experimental Aerfer Ariete fighter is a bold attempt to improve the aircraft's takeoff and landing characteristics and give it additional thrust in dogfight by installing an additional engine. The main power plant, the Rolls-Royce Derwent Mk.20, located in the fuselage redan, was augmented by the tiny but powerful Rolls-Royce Soar in the tail. With a weight of just over 120 kg, the engine was capable of delivering 840 kgf of thrust, which was more than handy for re-profiling the Sagittario 2 into an interceptor. However, the complexity and unreliability of the design did not allow the project to leave the prototype stage. Luckily, everything is possible in War Thunder! Ariete will become a new Premium in the Italian aviation tech tree and will be available for purchase with Golden Eagles immediately after the release of the Danger Zone update. A very light and small single-seat aircraft able to activate its additional engine in WEP mode, thanks to which it easily climbs and accelerates to almost sonic speed even at minimum altitude. This fighter has no suspended armament, but thanks to a pair of fast-firing 30mm cannons, it is well suited for destroying enemy bombers and attack aircraft at low and medium altitudes. 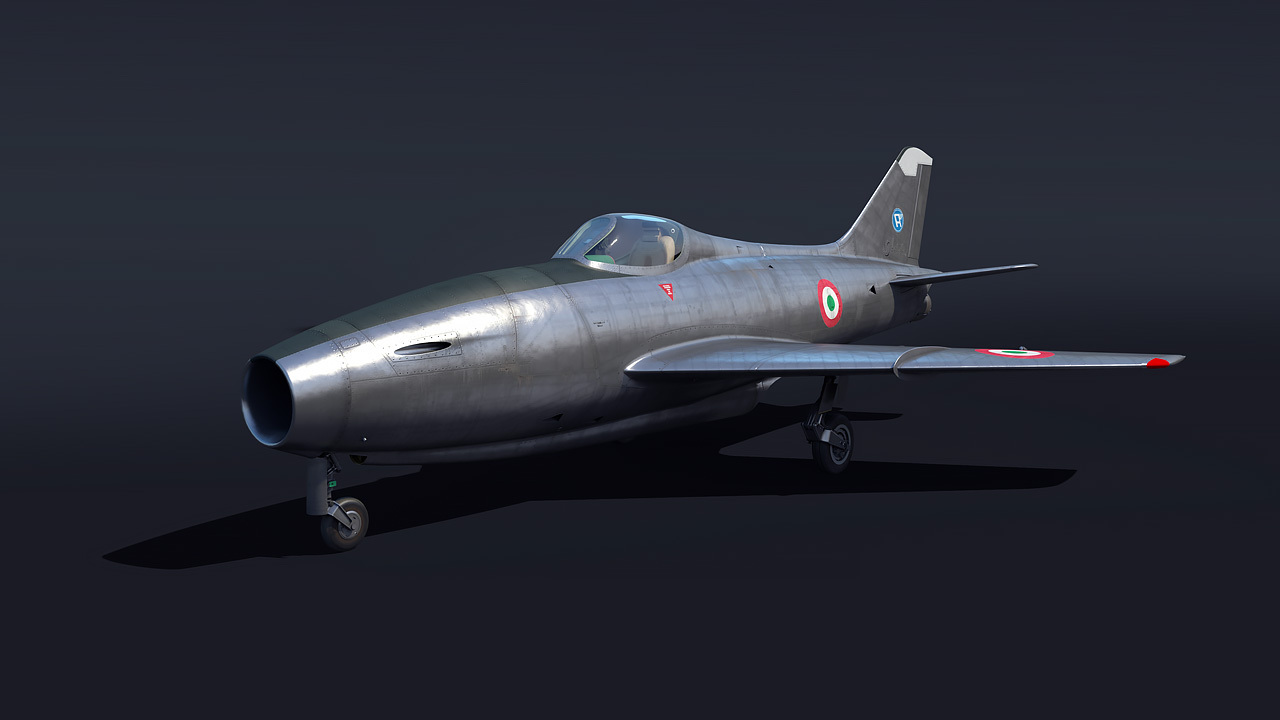