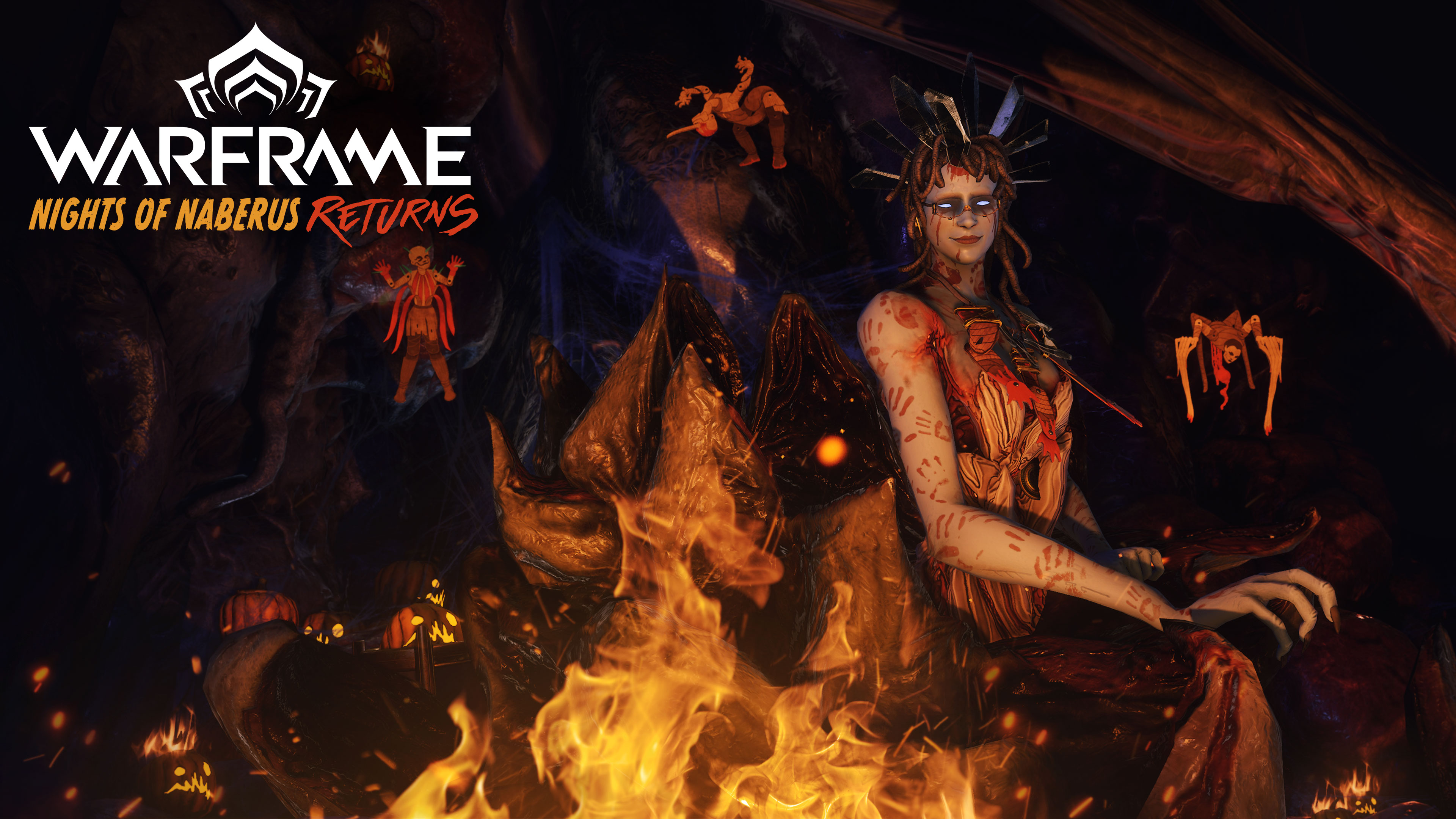 Commemorate the Orokin tradition of immortality with the return of the frighteningly fun Nights of Naberus on October 6th!

Daughter has dressed for the occasion in her most gruesome Naberus accoutrements and set up a shop full of festive wares in the Necralisk on Deimos.

Stop by for a visit and exchange Mother Tokens for all-new Naberus treats like the monstrously macabre Nyctalus Ephemera! Daughter’s offerings have been expanded this year to include additional Customizations, as well as Blueprints for some delightfully devilish Weapons. When Nights of Naberus begins, check out the new Gruesome Glyph Bundle in the in-game Market, as well as an assortment of returning Day of the Dead Customizations including discounted Skins, Syandanas and Armor. And add some festive fearfulness to your Fashion Frame with a traditional Dullahan Mask and Halloween Color Palette, available for 1 Credit each!