As we at Chucklefish continue working from home and responsibly practise social distancing, we’re hoping you’re all safe and healthy! For my part, it’s been wonderful to see that so many people in our community are still churning out fantastic custom content, and I’m here again to share some of the best!

Before delving into today’s entries, I wanted to give a shout out to Derek, whose custom campaign  ‘TinyGrooveCS’ was the winner of the Community Choice Award last month. Since then, they’ve updated the campaign once more to version 3, so if you missed it the first time, be sure to check it out: EX64VEEQ 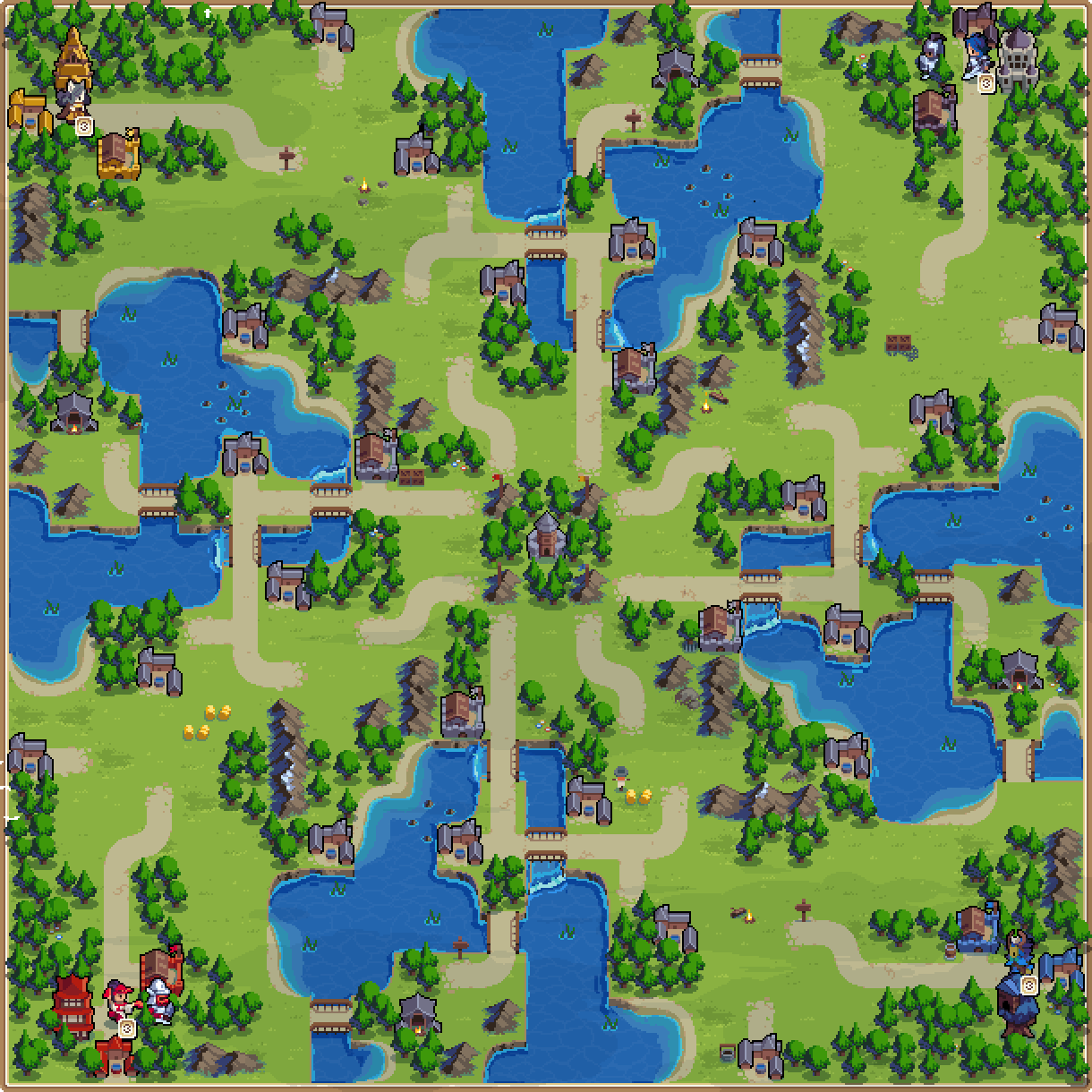 This giant pinwheel can turn into a real blender, as four players must contend for control of the centre where additional Barracks and a lone Tower reside. 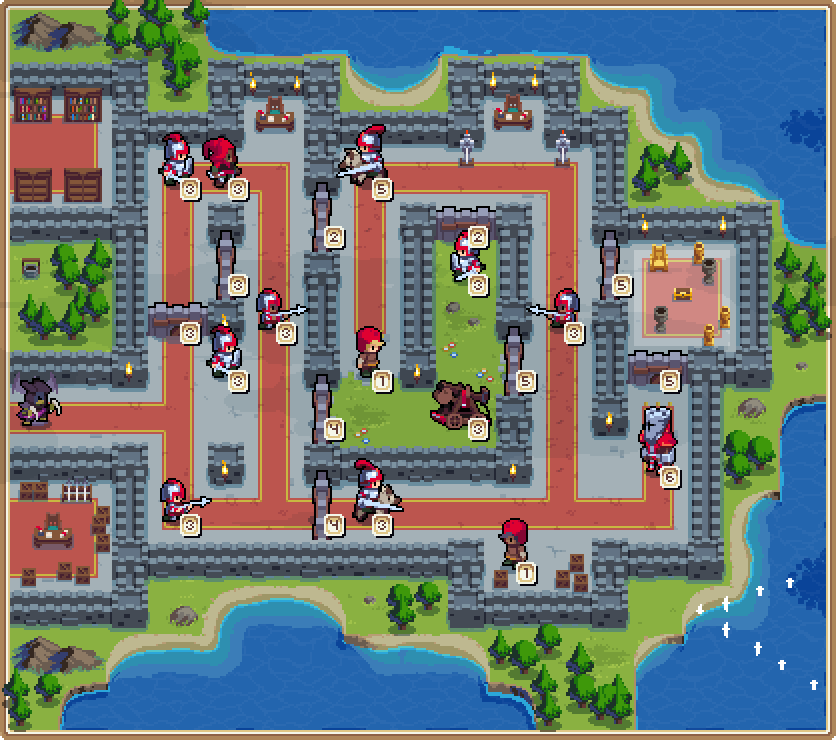 This clever puzzle map sees Sedge taking on the role of an agent, trying to break in and reach the treasure in a single turn. The twist is that every enemy he takes down with Sadistic Rush will be revived as his own unit, so you have to work out what units will help you move forward while still leaving targets for Sedge to finish off. 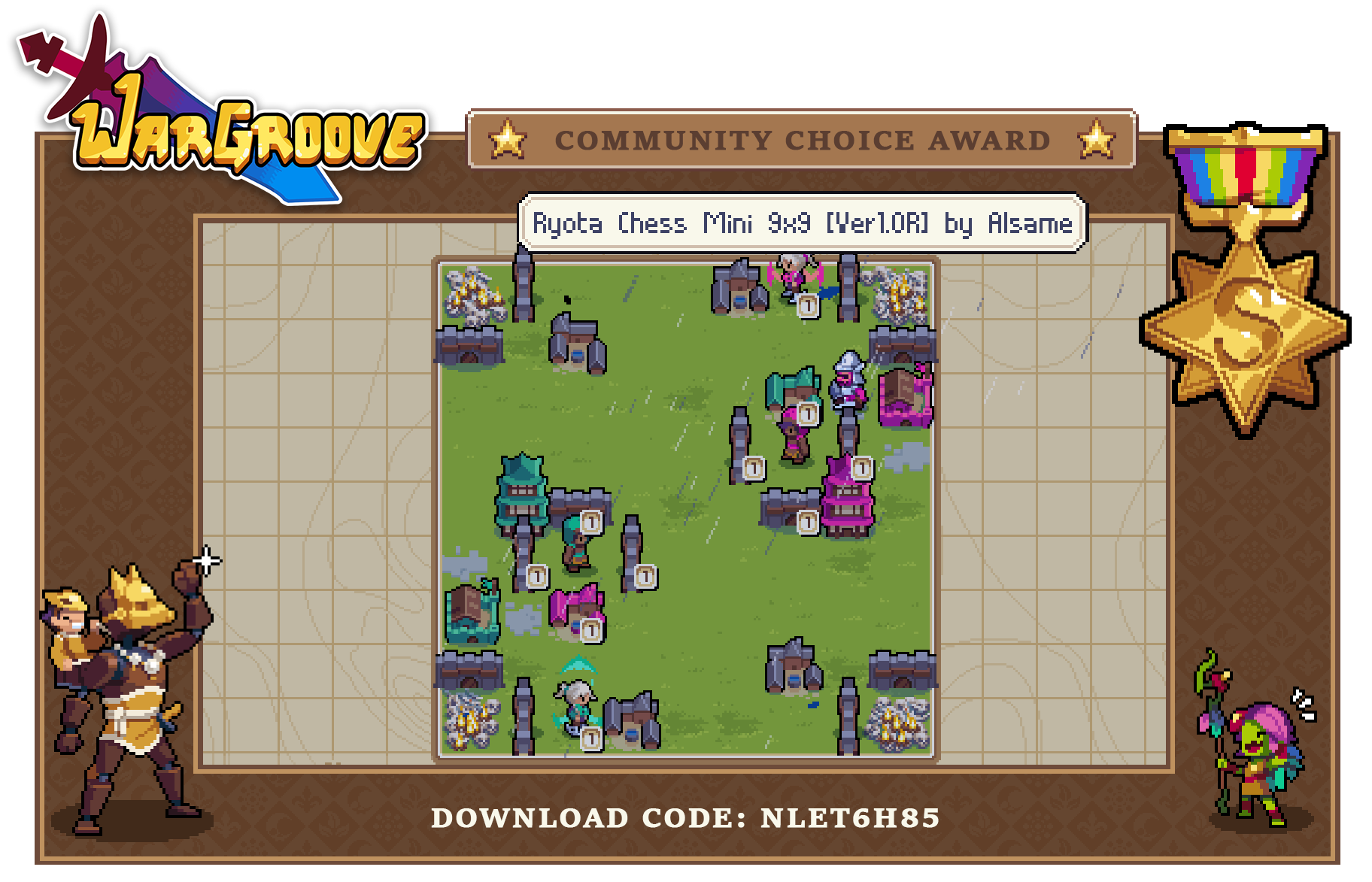 This custom game mode is just perfect for practising with Ryota’s groove, Blade Dash. Both players are put in control of the Heavensong general with his groove always charged, but with his health locked at 1% while all other units function as normal. Ryota Chess is all about trying to pick off the the highly vulnerable opposing Ryota while keeping your own safe. Careful consideration of unit positioning has never been more important, since all units and structures can be used for dashes by both players. All it takes is one mistake to lose the game, which results in some real nail-biting tension as the field fills up with units. Just watch out for those death pits in the corners of the map! If any of your units end their move standing in them, you lose! 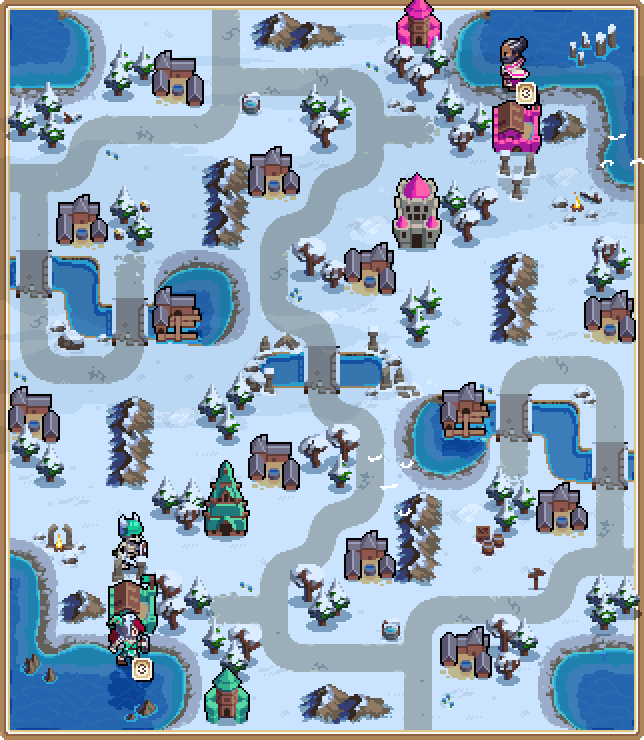 After making a bunch of larger-scale maps, I decided to dial it back for this one. With a relatively low economy, and a singular barracks and tower on each side, losing even one village to your opponent can really hurt here! Hope you guys like it!

That’s it for now! If you’re making Wargroove content, be sure to submit your efforts on this thread via the Wargroove subreddit for the chance to be crowned the next Community Choice Award winner! Please be sure to share the love by upvoting your favourite on the thread. With our recently released video guides there’s really never been a better time to get into making your own levels!

about 2 months ago - Armagon

about 2 months ago - pilgrim

2 months ago - /u/SuperconsoleKaty
Get Discord notifications

Get into the groove with our first map editor video guide! | Wargroove
Hey everybody, senior level designer, Armagon here! In the wake of Wargroove: Double Trouble being released, I've been tackling something of a personal project at Chucklefish; something that I'm hoping will prove useful to a lot of our players, or at least those who are interested in making their own content with the game's robust tools. Today I'm pleased to be releasing the first of several video guides on using Wargroove's map editor! This first video is ideal for beginners who are new to the editor and want to know how to set up their map, and how to use the most essential tools to start laying things down. If you like what you see, be sure to come back tomorrow for our second video which will delve into how to design your own multiplayer maps! Talk to us over on Twitter, Discord and the Wargroove subreddit.


r/wargroove - Community Choice Award #7 (Community Maps Spotlight)
r/wargroove: Take to the battlefield with Wargroove, a strategy game for up to 4 players! Choose your Commander and wage turn-based war on battling …

Community Maps Spotlight #16 | Wargroove
Hey all! We hope you're all well and keeping safe. We know a lot of you out there are social distancing and working from home (we are too!) so what better time than now to work on a new custom map idea, or try out some of the finest the community has to offer! Before we get going, we also wanted to give a quick shout out to Connor, whose map 'Cold War' was featured in our last Spotlight. They've since updated the map to v2 and are keen to get players feedback - check it out: SG22XSDQ 1. Golf Quest by Cole – Code: NTLFF3PH It's always great to see players creating their own custom campaigns, especially when they feature our new Commander, Wulfar, and his excellent golf skills. In this fantastic campaign by Cole, you'll need to make strategic use of the Tee-Off groove to cause as much damage as possible to the enemy side, finishing them off if necessary with your troop's attacks. It wouldn't be battle golf without a little challenge though - each level will also give you a certain Par