Controller support has arrived. Grab a controller, sit back, and enjoy a whole new way of playing Wolcen: Lords of Mayhem. You can swap between a controller and keyboard & mouse at any time simply by using your desired input method. While both inputs essentially share the same UI, there are a few bespoke elements for each method that will change automatically.

As of now, official Wolcen controller support is limited to Xbox controllers. However, other controllers can potentially be used with Steam’s controller configuration options. In addition, we will be implementing a few extra features after this patch at a later date: rebinding functionality so you can customise your control scheme and, for those who prefer their shapes to letters, UI icons for Playstation controllers! 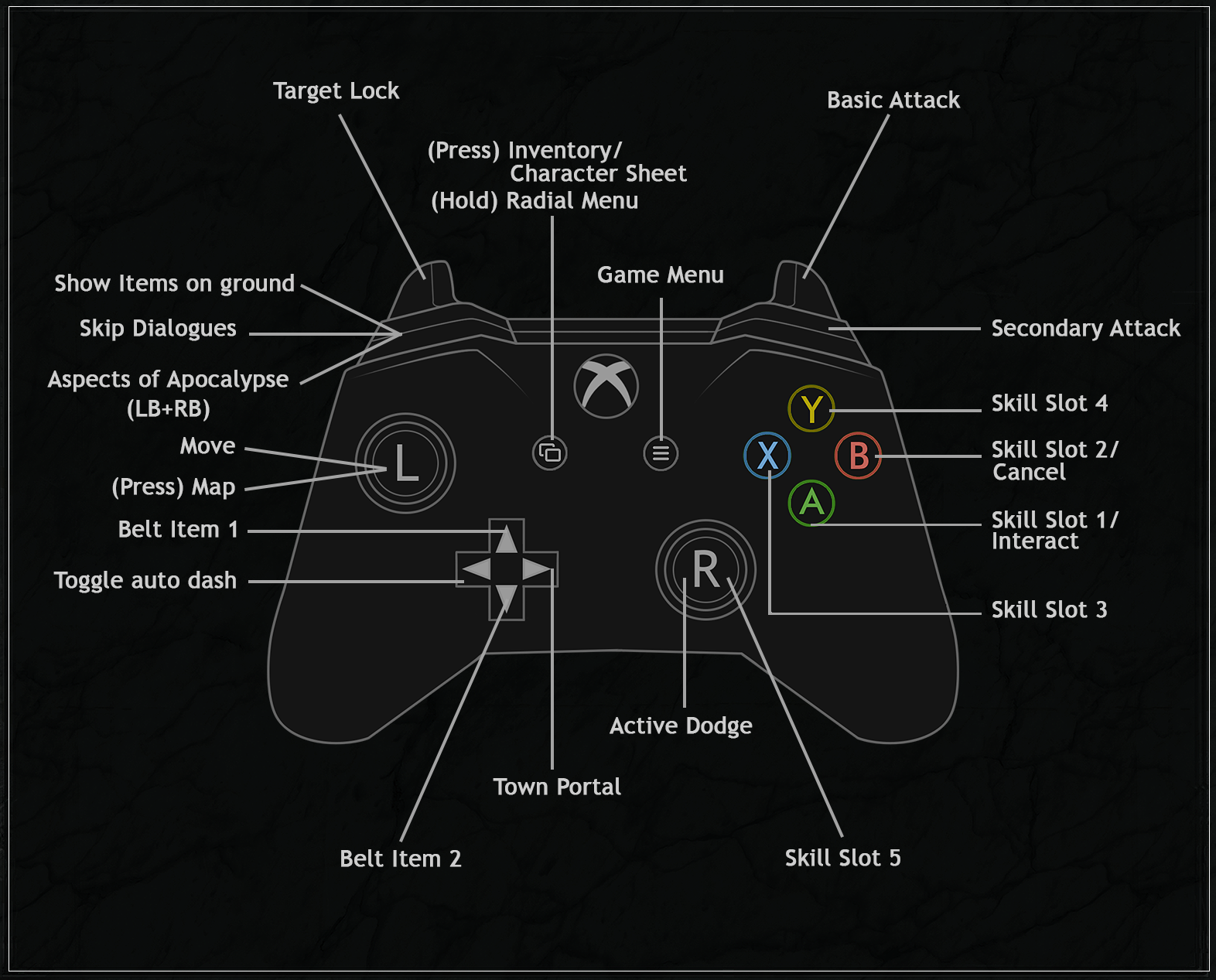 Targeting system
When playing with a controller, you will be aided in combat by a targeting system that follows a few basic rules:

The new UI elements include:

Other UI elements that have not changed significantly have still been updated where appropriate to match the new art style and quality.

When using a controller, you can access a radial navigation menu by holding the view/select button on your controller. From this radial menu you can access your Inventory/Character Sheet, your Skills & Modifiers screen, the Gate of Fates, Aspects of Apocalypse, and Stormfall Overview. A short press of the view/select button will allow you to quickly bring up your inventory and character sheet. 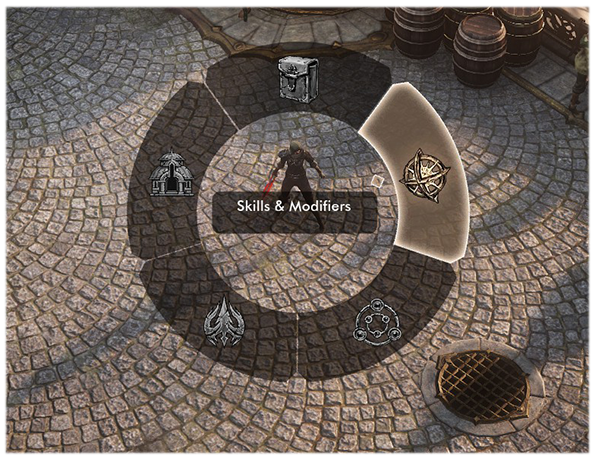 Whilst in a dual-panel screen, such as the new Character Sheet/Inventory screen, you can switch which panel your controller is focused on by tapping the view/select button on your controller.

Bringing controller support to Wolcen has been a broad undertaking and has impacted nearly every element in the game, big or small, to some degree. We were deeply aware of how highly-requested this feature is for many players prior to and during its development, and we are as equally keen to get it in your hands (as it were). There will be some unforeseen quirks and bugs, which we will address in post-patch hotfixes after this initial release.

Additionally, we will be adding extra features post-release, including:

We are keen to hear your feedback on both the new UI and the controller gameplay so we can address any remaining issues and add extra quality of life features in the near future. As always, an excellent place to share feedback in on our Official Discord, where you can share your ideas with the community or send us direct messages.

← More from Wolcen: Lords of Mayhem